The second time was the charm for French inventor and former jet ski champion Franky Zapata, who successfully crossed the English Channel on a jet-powered hoverboard of his own design this past Sunday, after being knocked off balance during his first attempt in July. Escorted by three helicopters, Zapata flew from Sangatte, France to St. Margaret’s Bay, England in 22 minutes, reaching speeds of up to 110 miles per hour and flying up to 65 feet in the air, according to Guardian reports.

The hoverboard only had enough fuel to keep him airborne for 10 minutes, so Zapata had to stop mid-way through to refuel. During Zapata’s first attempt on July 25th—intended to commemorate the 110th anniversary of the first flight between Britain and France—he fell into the sea while trying to land on a vessel to refuel. The second time around, they used a boat with a larger landing platform to boost his chances of success.

Zapata and his team worked 15-16 hours a day to prepare the broken hoverboard for his second attempt. Upon landing, Zapata said his dream had come true and noted the physical endurance required to complete the task. “Your body resists the wind, and because the board is attached to my feet, all my body has to resist to the wind. I tried to enjoy it and not think about the pain.” 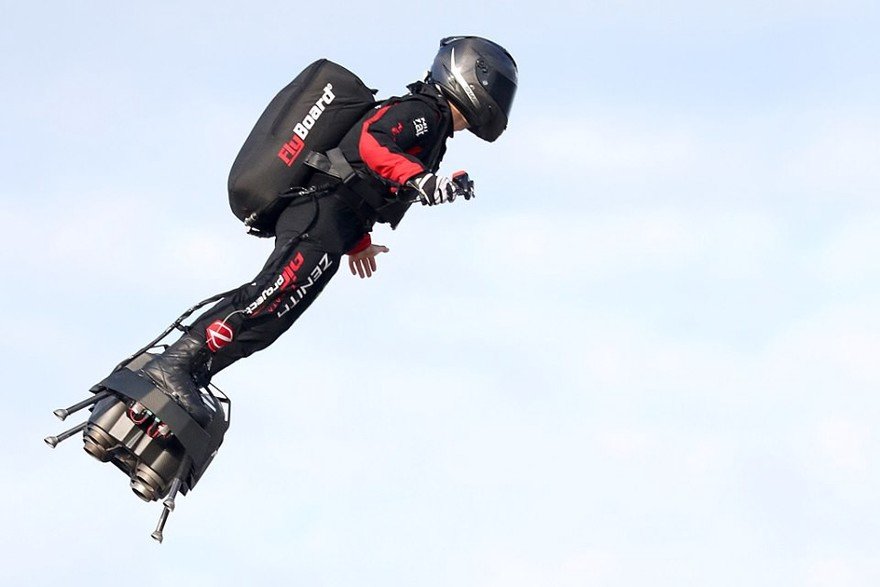 It’s been a long road for Zapata and his Flyboard Air, the hoverboard design he introduced in 2016. (Zapata had previously developed several other versions, including an early water-propelled iteration.) According to the Guardian, Zapata ended up losing two of his fingers in an accident involving the hoverboard’s turbines during his first flight in his Marseille garage.

Over the years, the French army has taken interest in Zapata’s device, with the French Defense Ministry pledging nearly $1.5 million last year to develop the device further. Prior to his flight over the English Channel, Zapata last turned heads in Paris when he flew over the Champs-Élysées on Bastille Day with a rifle in hand. According to France24, Florence Parly, France’s armed forces minister, said the Flyboard Air could “allow tests for different kinds of uses, for example as a flying logistical platform or, indeed, as an assault platform.”