The British Pathé film archive has a chilling video of a man jumping to his death from the Eiffel Tower. The man in the short video is shown wearing some sort of an oversized suit. Standing on the ledge of the tower’s first level, he hesitates for a few long seconds and then takes the plunge. He plummets straight down to the ground below.

The man who took the fatal leap was Franz Reichelt, an Austrian-born French tailor, who owned a successful dressmaking business in Paris. Shortly after opening shop, Reichelt became obsessed with developing a wearable parachute that could be worn as a suit by aviators and deployed at moment’s notice. 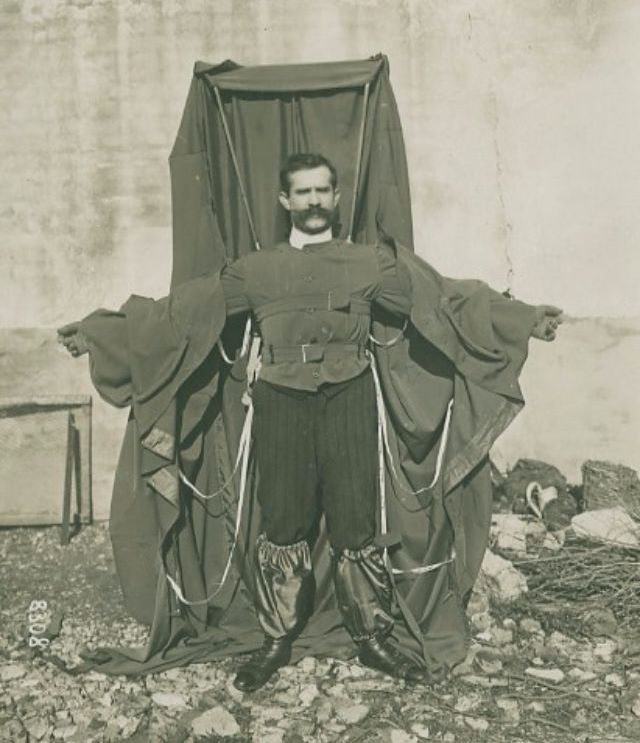