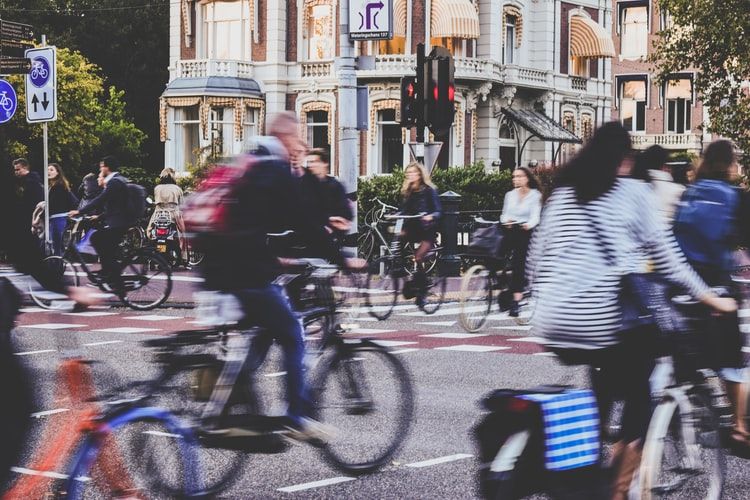 Urban spaces are suffocating to live in, at least in my part of the world. Traffic bogs you down, sidewalks cause pedestrians suffering, and congestion continues to build up and bleed into our everyday lives. All these poorly planned networks of transportation and mobility make it unsafe and unhealthy for everyone.

Despite the problems caused by the changing landscape and dynamic of urban life, some cities in the world are able to come up with solutions or systems that would make one’s daily commute and life easier.

Reminder: Amsterdam wasn’t Amsterdam until it was Amsterdam. The famed “bike capital” of the world was once as congested and car-choked as the worst Western cities. So how did it became so renowned for its livability and sustainability? The simple answer: by narrowing roads and ending free parking.

This solution doesn’t necessarily apply to every city in the world. Each urban space has its own set of issues that its local government needs to address. All it takes is for them to examine what causes the congestion and how they can lessen, if not, completely remove the cause. Or better yet, transform it to benefit the wider population.

…no two cities are the same. But just as Amsterdam (and Copenhagen) did in the 1980s and ’90s, Seville, Spain, did more recently. Within 18 months — and the reallocation of about 5,000 on-street parking spaces — Seville’s bike network was built. It’s not perfect, but it works for commuters, parents, kids, the elderly and the disabled.

Paris is reducing city speed limits to 19 mph. Stockholm’s congestion pricing is a success. London has raised funding for bike/pedestrian projects and is building out a network by reallocating road space.

In the end, in order to make a more livable space, each one must make compromises or even sacrifices for the good of everyone. If it means reducing the number of cars on the streets or putting a hefty price on parking spaces, then so be it.

Rating Freeing Up the Streets for Non-Drivers: How Amsterdam Became the Cycling Capital of the World is 5.0 / 5 Votes: 2
Please wait...
Loading...
Related articles