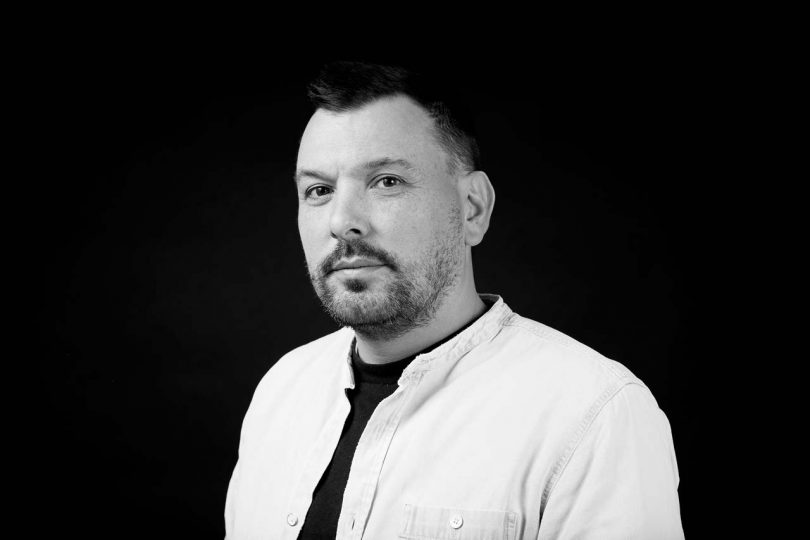 Designer Matt Wade is the Global Principal of Experimental Design at creative company, Moving Brands, a place he worked previously as a design director from 2004 to 2008. During his 10 years away, Wade co-founded London-based research and design studio, Kin, with Kevin Palmer, working on projects for YouTube, Nike, NASA’s Jet Propulsion Lab, Microsoft, LGBT Center New York, London Science Museum, and the Maritime Museum. He also served as director of the Google Creative Lab. His decade away prepped him for a move to New York to re-join Moving Brands where he focuses on three key aspects: using technology to develop interactive living spaces, creating experiences for new technology platforms like mixed reality and augmented reality, and leading the Gobi team that utilizes prototyping to define future products and services. Read on and you can get a glimpse of some of his likes and sources of inspiration in this Friday Five. 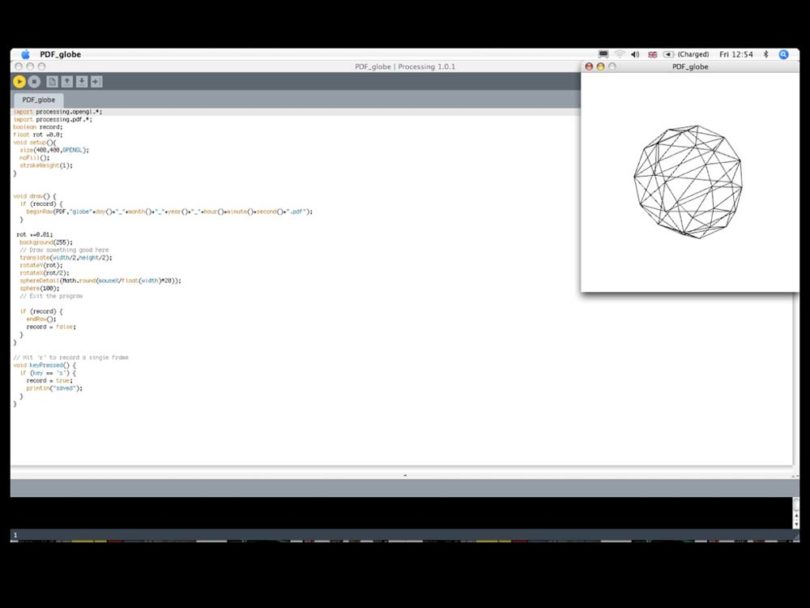 1. Code as material
I like to think I’m a maker and wanted to be a product designer when I was a student, but I was never as good at making as the other people on my course. I found this frustrating so relied a little on my visual sensibilities to succeed. I ended up making a lot of graphic objects that explored the way people use things – sort of design systems for objects. After leaving University my first job was as a multimedia designer – back in the day of CD-ROMs.

The team was made up of designers, animators, producers, and coders. The coders were by far the most interesting to me, they were the closest thing to makers in that team. I hung out with them more than anyone else and taught myself how to code (badly). Several years later I did a Masters in Architecture and Computation, and learnt to code properly, C++ etc. But when I was introduced to a new, unreleased software language from MIT called ‘Processing’ my world lit up. It was amazing, so accessible, built for people like me. Makers. This was 14 years ago and I still use it today – to sketch ideas, to prototype interactions, to make tools. 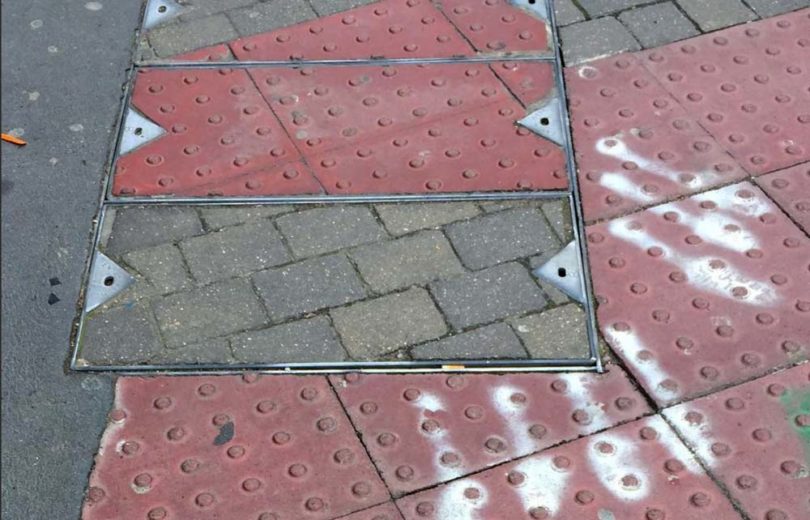 2. The street
I’m fascinated with the changing textures of the city and the relationship between intent – as controlled by an architect, landscaper, or urban planner, as well as the on-going maintenance from the people who keep city in working order, such as local council and government workers. I have an Instagram account called pattern.languish that documents some of these observations. I’m especially interested in how the updates, fixes, and repairs create scars and marks that expose the interactions between the city and the people who care for it. 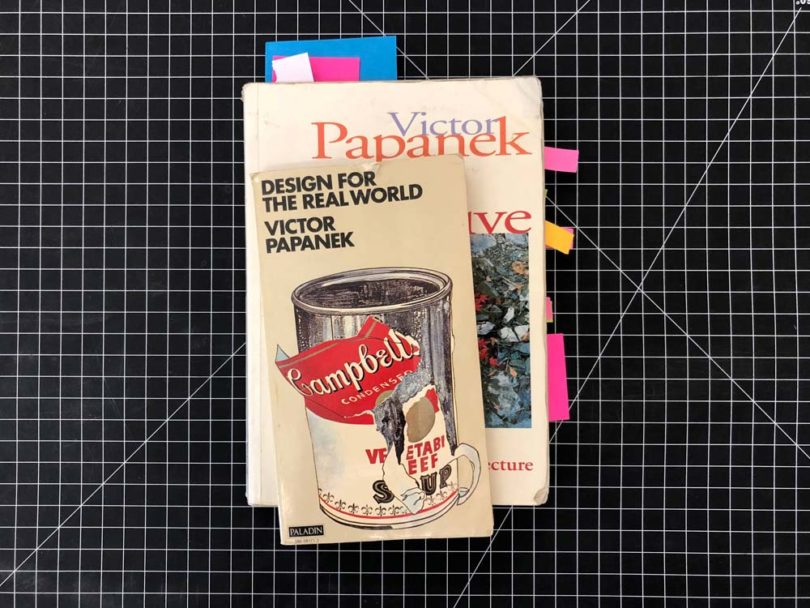 3. Victor Papanek
I was introduced to the writing and Teaching of Papanek when I went to University – he opened my eyes to so many things and it went deep. He’s my imaginary mentor – I often think, ‘what would Victor Papanek say or do?’ There are many definitions of design, his is the one that resonates with me the most: “Design is the conscious effort to impose a meaningful order.” 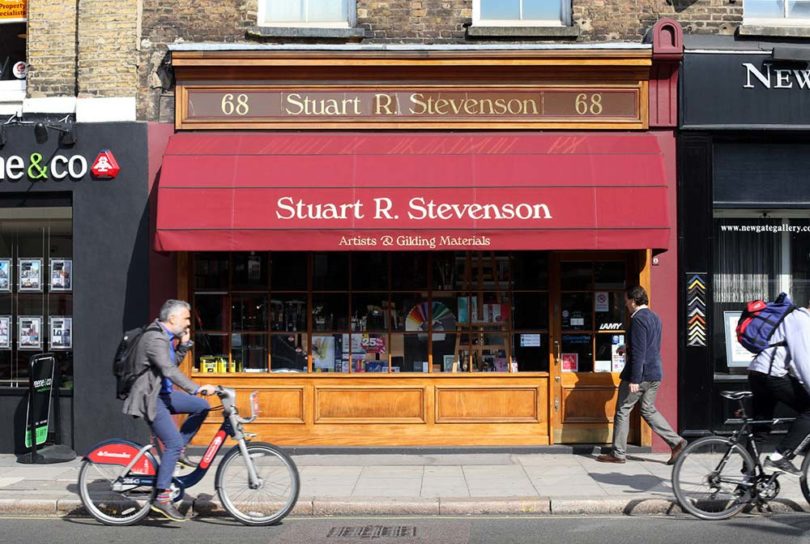 4. London
I live in New York, but I miss London. I lived there for 20 years before I came to the States. I arrived for University and feel like it’s where I grew up. A lot of my sensibilities come from London. It shaped who I am. I used to walk a lot – a lot more that I walk here. I was obsessed with Taxi Drivers. I used to go to a cabbie’s cafe every day and try and blend in. I even started to learn the knowledge. I was lucky enough to work with Transport for London and the London Transport Museum before I left. 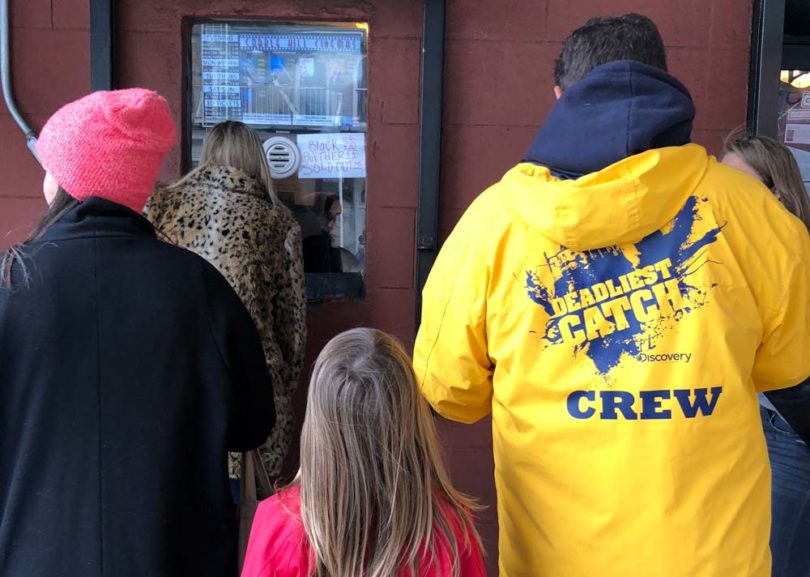 5. Deadliest Catch
I don’t watch much TV as I have a short attention span, but I love Deadliest Catch. Always have. I’m the first male on my mum’s side of the family not to work on the docks for a few generations and I think it must be some sort of longing for a real job, something honest, instead of mucking about with design in a comfy studio, surrounded by all the gadgets and materials any reasonable person could wish for.

I spotted someone wearing a “CREW’ jacket in my neighborhood this weekend and I was so jealous. I would honestly give it all up tomorrow to go and work as one of the crew on the show… (I’m much too comfy to actually want to be a fisherman!).