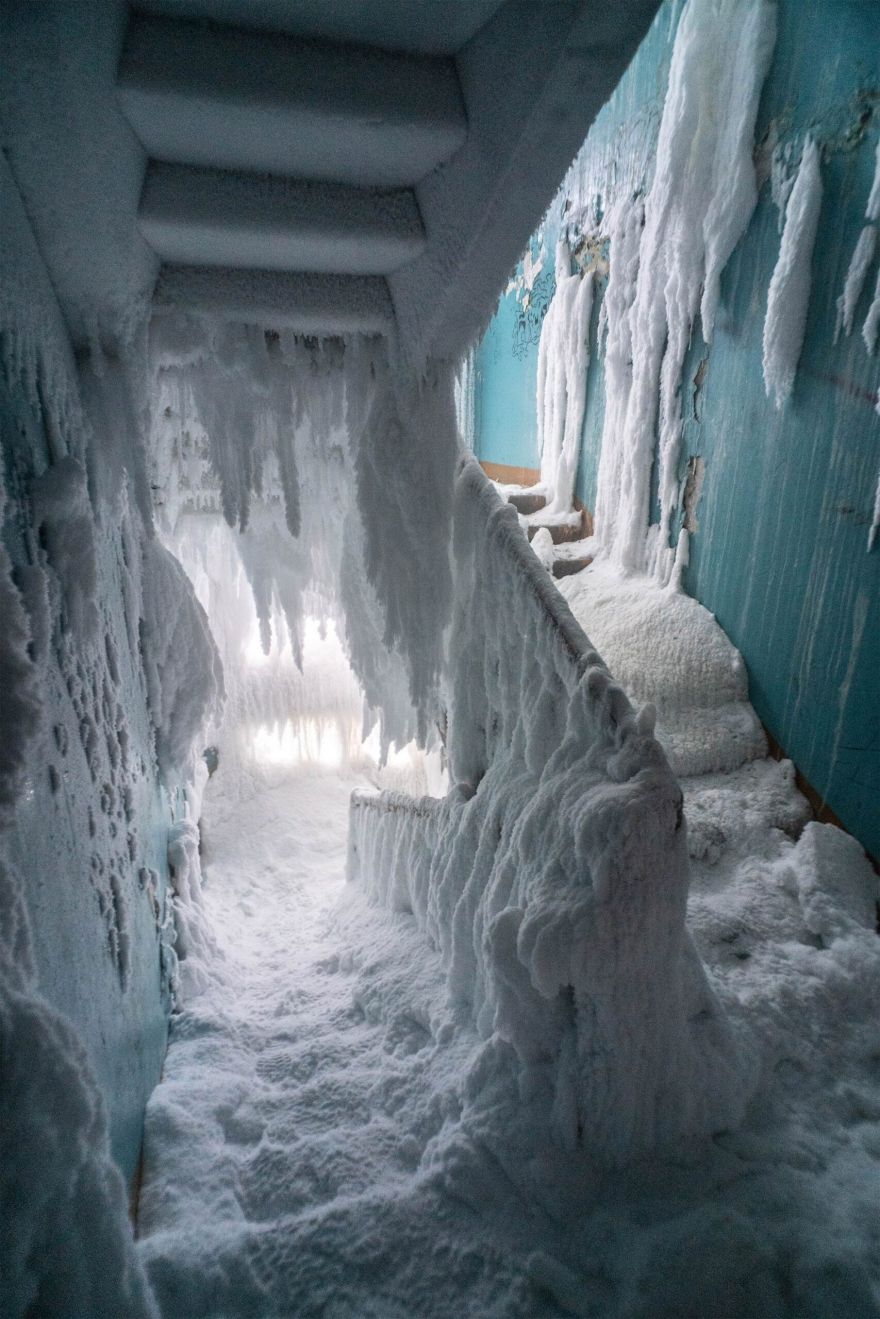 Vorkuta is a small town in Russia that gets plagued by temperatures as low as -45 degrees Celsius. The city has one of the fastest dwindling populations in all of Russia. Photographer Arseniy Kotov visited the city and was able to snap photos of how abandoned the city is. His photographs show the dilapidated structures covered by feet-long icicles and snow:

Relics from former residents and the chipped, blue paint peek through the frost, much of which clings to the stairs and banisters and climbs the walls.

Kotov tells Colossal that often, buildings are transformed into similarly chilling caves when pipes burst due to lack of maintenance, leading to splashes of hot water, subsequent high humidity, and then ice growth on every surface. At the time of his visit, one family remained in the Severniy-district building, which was still connected to the central heating system that runs through Russian cities, making it easier to pass through some of the walkways thanks to warmth from the radiators. Although Kotov wasn’t able to meet the sole occupants, he did hear that they moved not long after his tour, saying:

As I know, locals said that after one week as I visited this building, he and his wife were resettled to another apartment, and this whole building was cut off from all the communications (water, heating, electricity). This is a usual story in Vorkuta: as less and less people are left, it becomes unprofitable to heat an entire building, and people are gradually moved to others where there are more inhabitable apartments. Local authorities call it a “managed compression strategy.”

Image via the Colossal