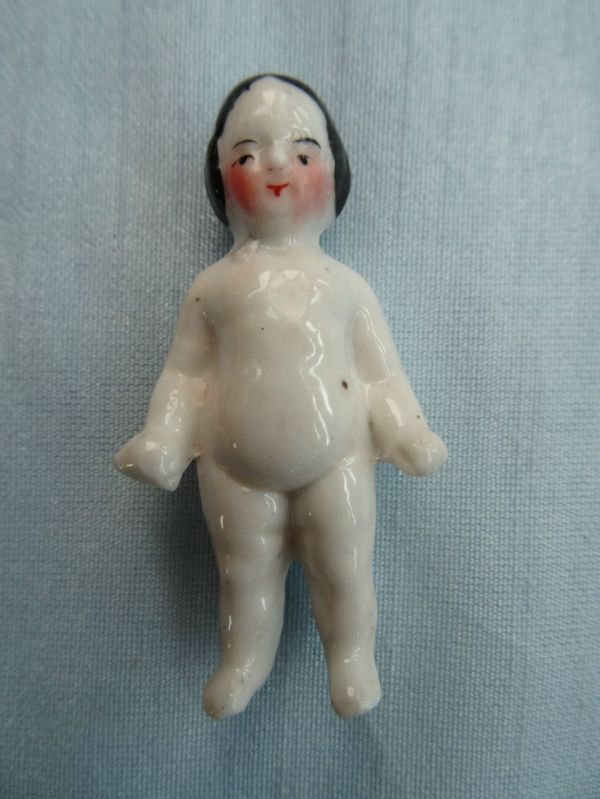 The strange little dolly you see in the photo above was an extremely popular toy from the mid-1800s called a bathing doll, also known as solid chinas or bathing babies, which were porcelain dolls kids played with in the tub.

Bathing dolls were first manufactured in Germany around 1850, they sold for a penny so the kids really dug them, and in England parents would bake them into puddings and cakes around Christmas.

The poem recounted the grim true tale of a young woman who had frozen to death one New Year’s Eve while out riding with her sweetheart in an open sleigh. This poor unfortunate lass had failed to heed her mother’s advice:

“O, daughter dear,” her mother cried,
“This blanket ’round you fold;
It is a dreadful night tonight,
You’ll catch your death of cold.”

“O, nay! O, nay!” young Charlotte cried,
And she laughed like a gypsy queen;
“To ride in blankets muffled up,
I never would be seen.”

“He took her hand in his — O, God!
’Twas cold and hard as stone;
He tore the mantle from her face,
Cold stars upon it shone.
Then quickly to the glowing hall,
Her lifeless form he bore;
Fair Charlotte’s eyes were closed in death,
Her voice was heard no more.

The dolls became known as “Frozen Charlotte” in the U.S., and some even came complete with their own coffin and burial shroud. 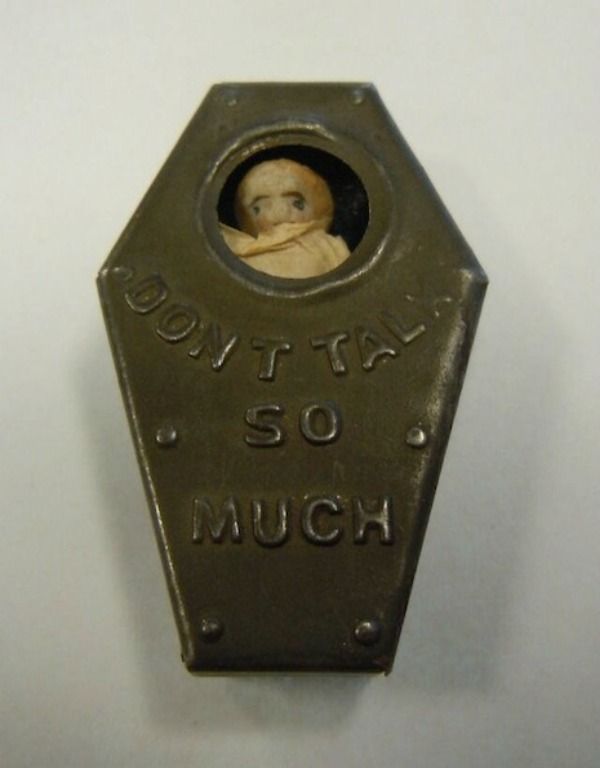 Nowadays “Frozen Charlottes” are considered quite collectible, especially when they have their coffin, and since they range in size from about 2 inches to over 18 inches tall they appeal to all kinds of collectors. 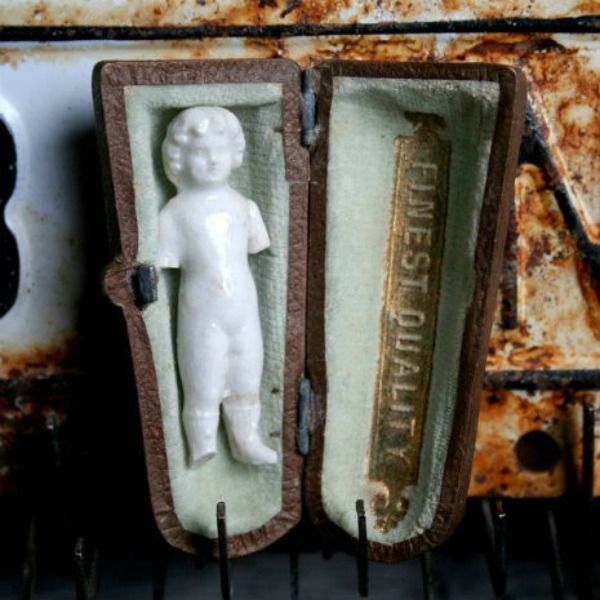 The New Adventures of Takeo Ischi