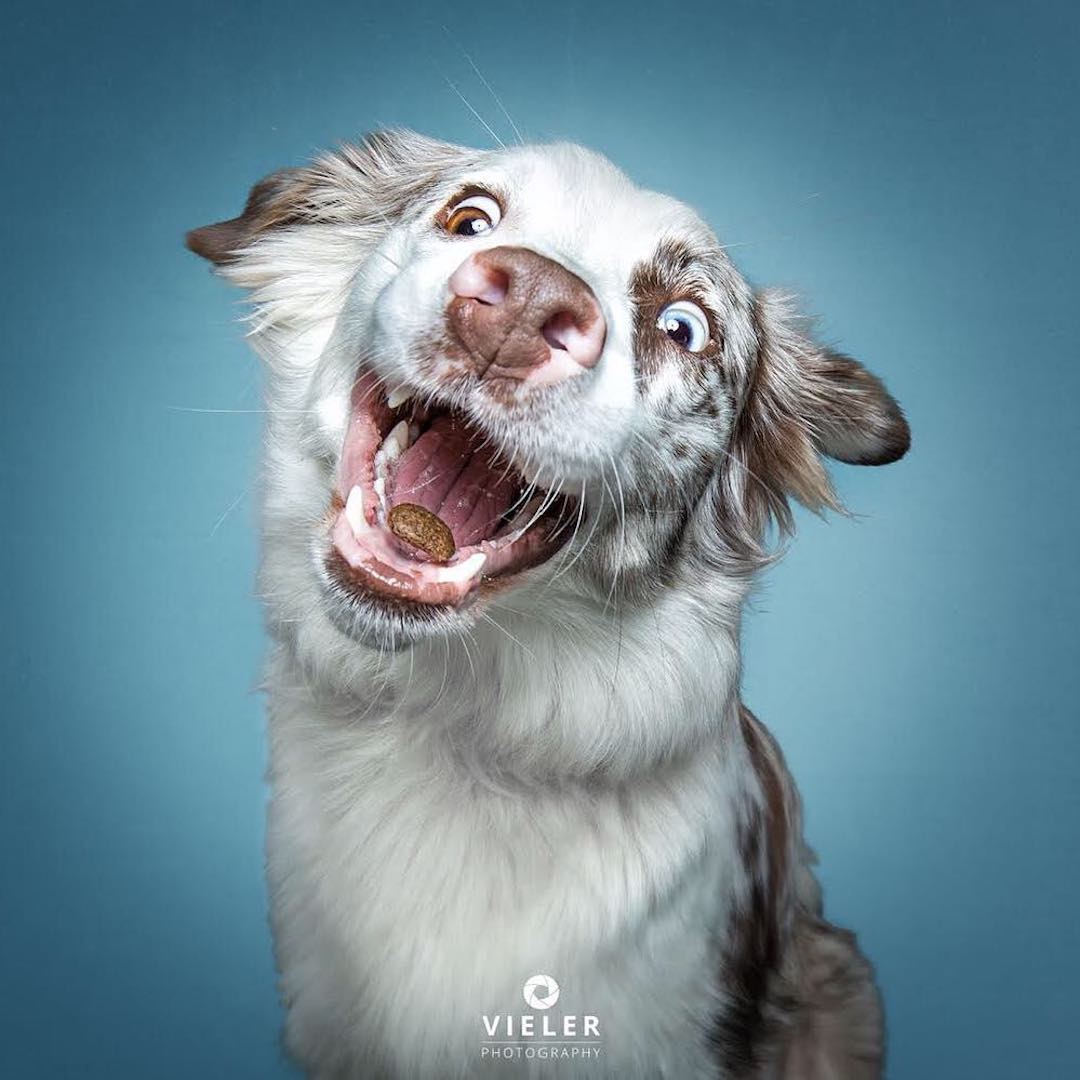 Photographer Christian Vieler captures canines’ moments of bliss, frozen in time. For years, he’s snapped portraits of pooches as they attempt to catch tasty treats in their mouths. The charming images are a humorous depiction of dogs as they track the morsels and bare their teeth in anticipation of the delicious snack. Although it feels like we’re watching the events unfold in slow motion, these micro expressions happen in just a split second.

The portraits showcase an incredible range of emotions. While many of the dogs appear excited, there is also trepidation, panic, and unrestrained desire in some of their faces. They display the same emotions as we do, bringing their personality to the forefront of the image—but not everyone sees it that way. “‘The dog looks ugly,’ I hear more often when I show snapshot pictures with treats,” Vieler says. “Then mostly by people who do not have dogs. For me, however, the pictures have their own magic. After more than 500 developed snapshots I know: they bring dogs even closer to our hearts.”

Vieler’s photos have been made into a book called Treat! as well as a 2019 wall calendar of the same name. They’re both available on Amazon. 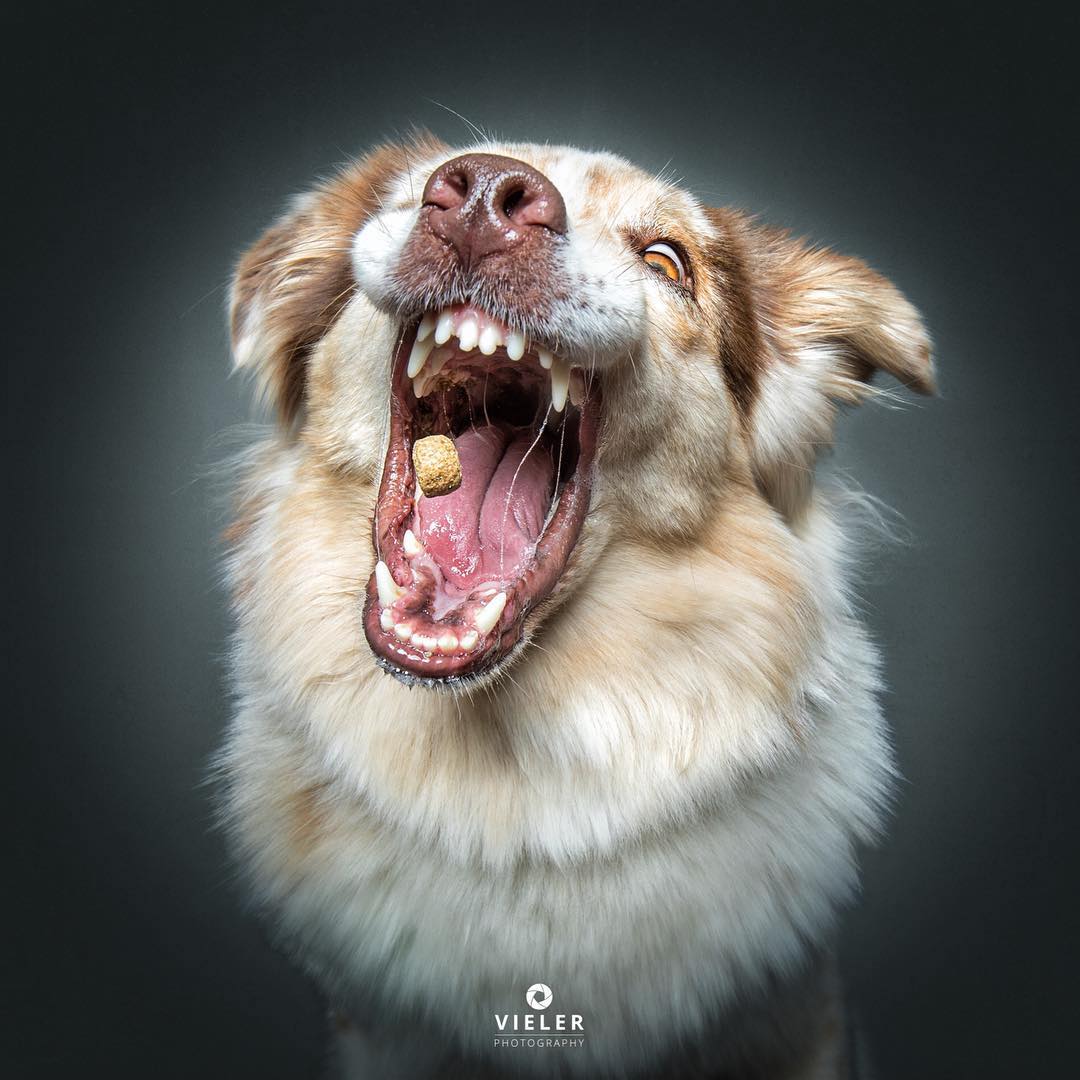 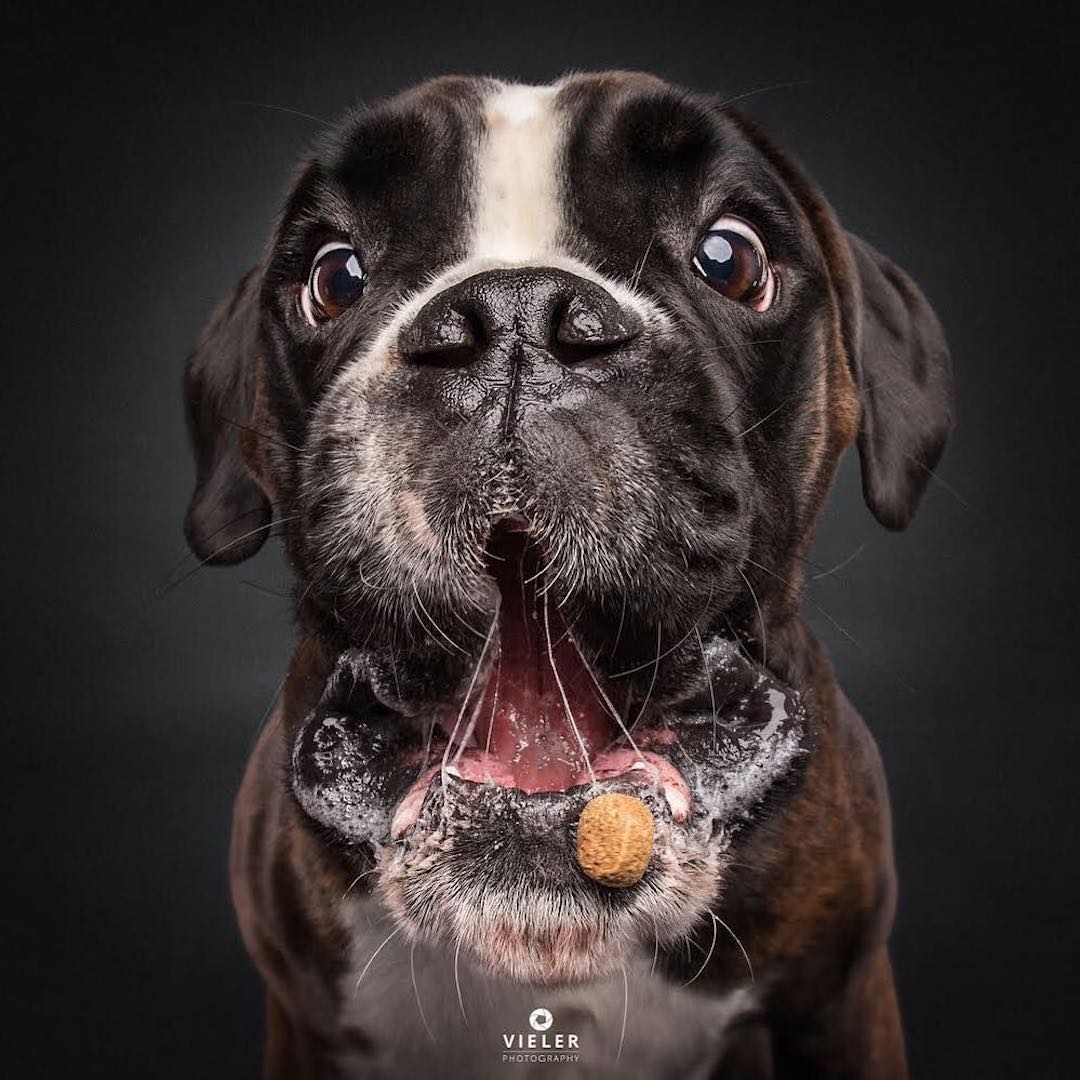 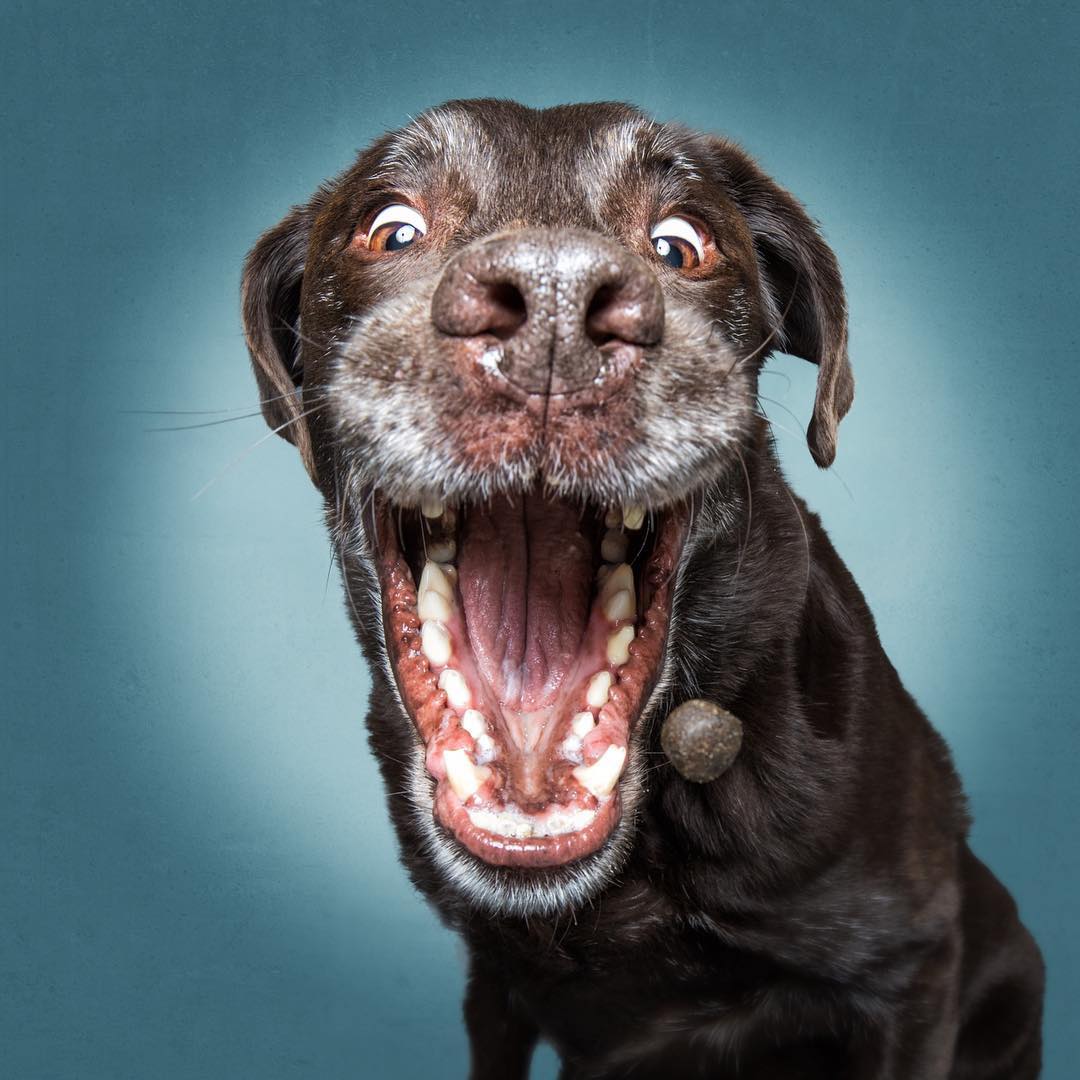 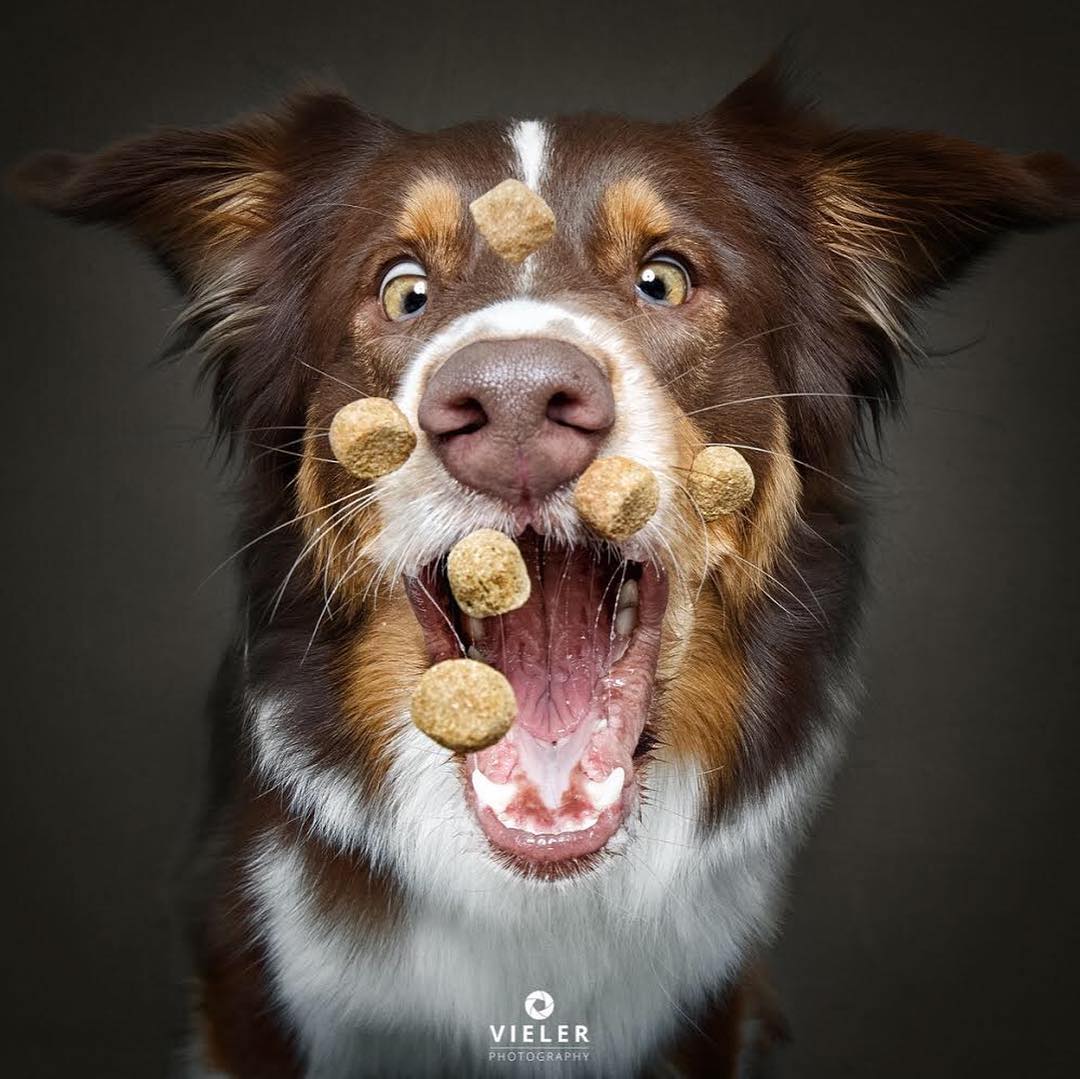 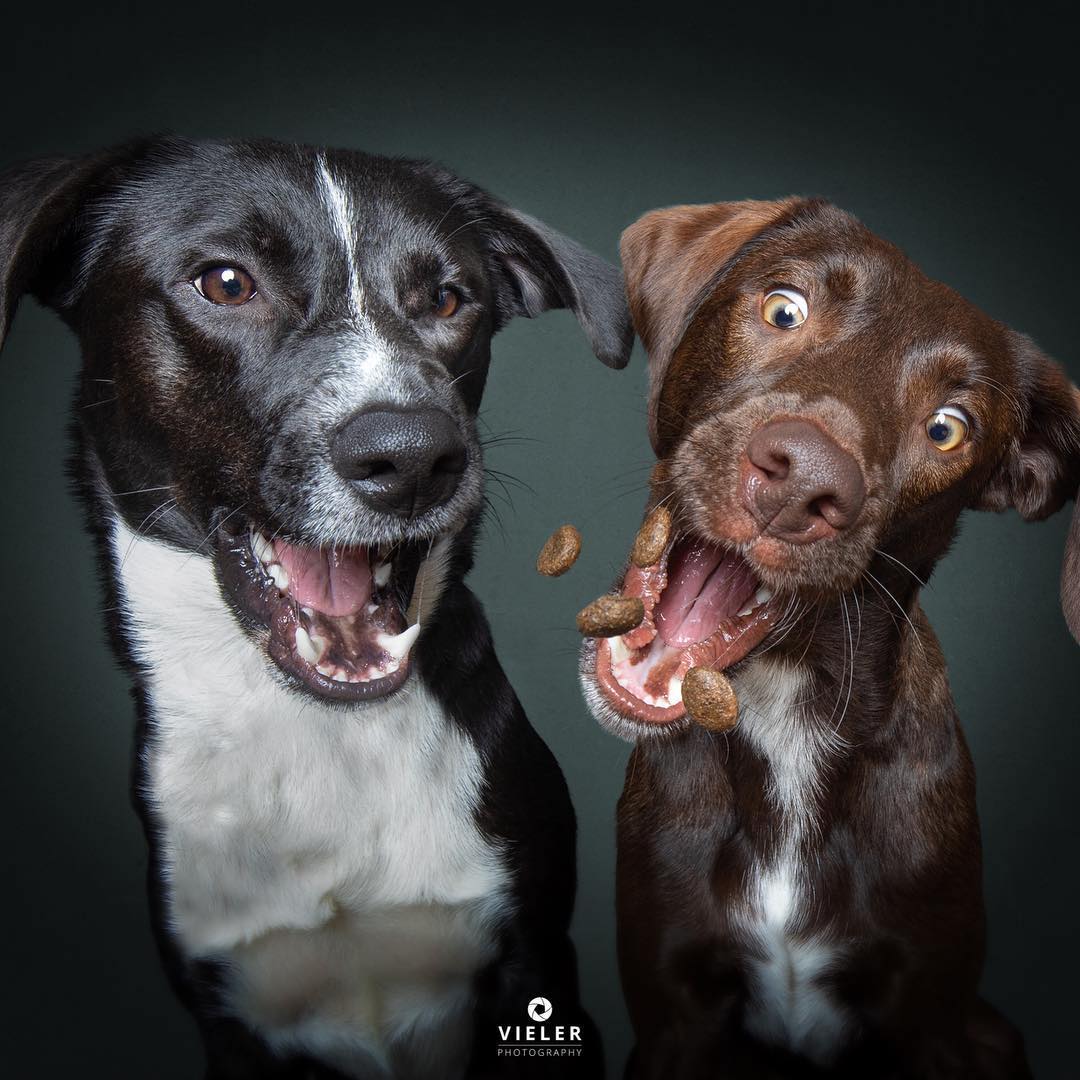 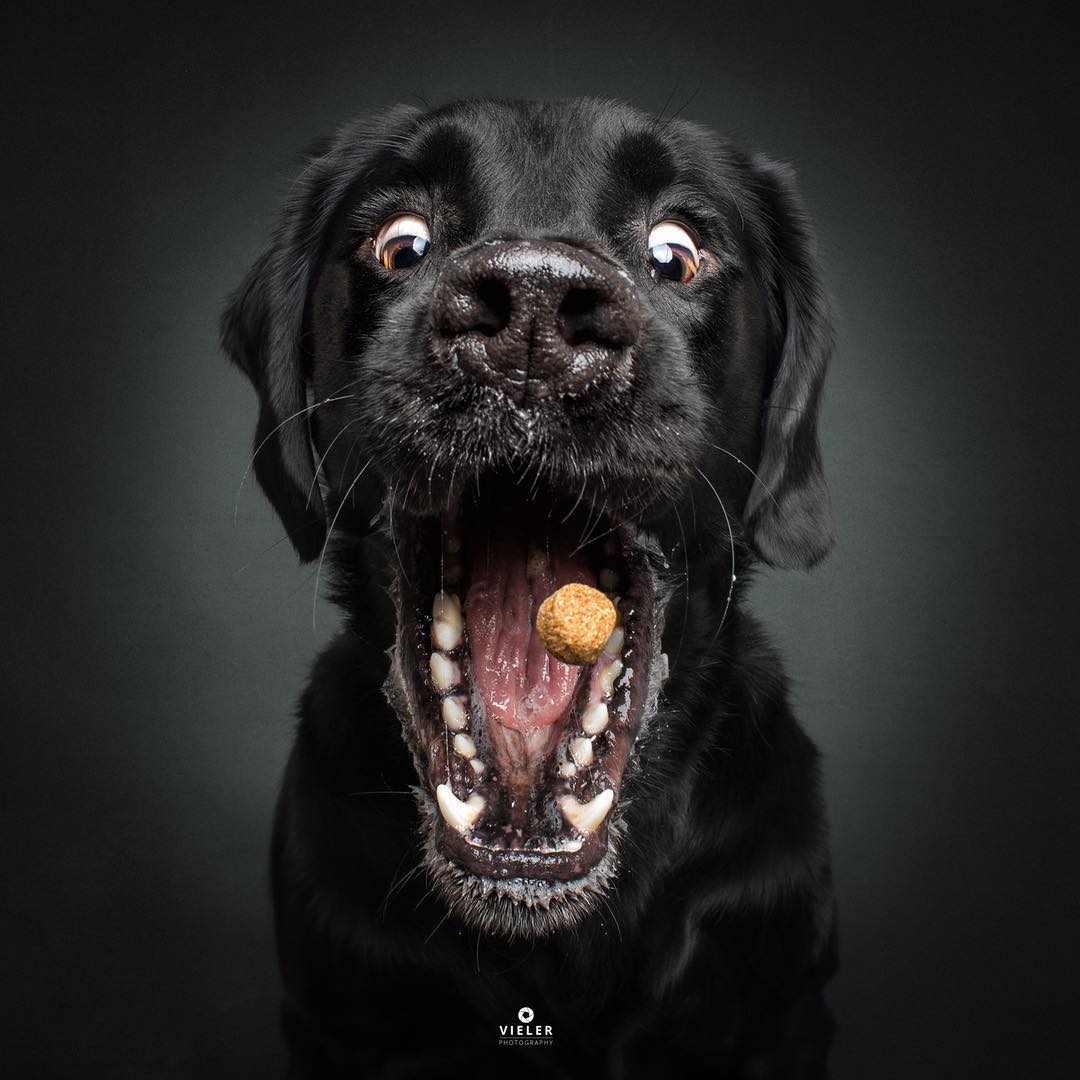 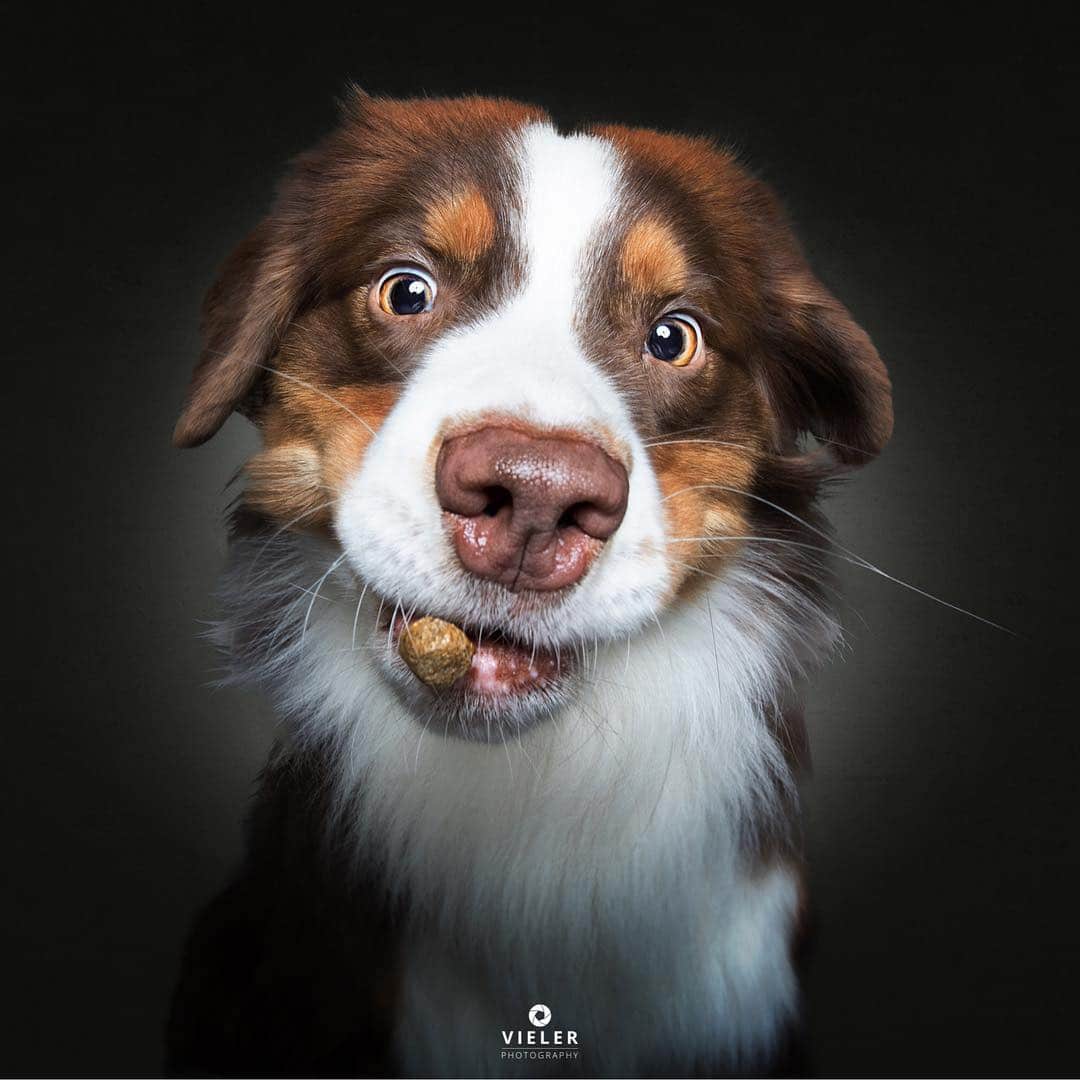 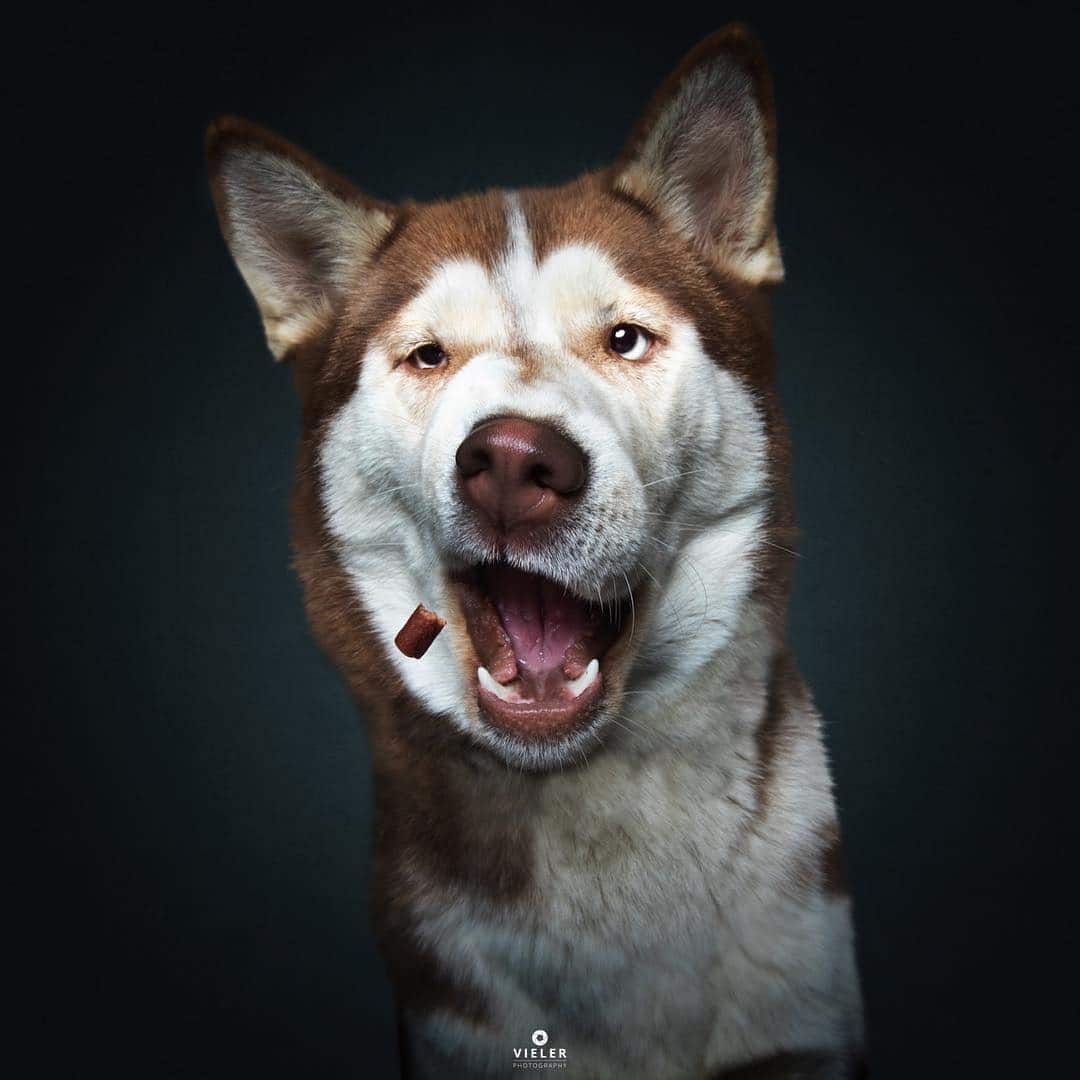 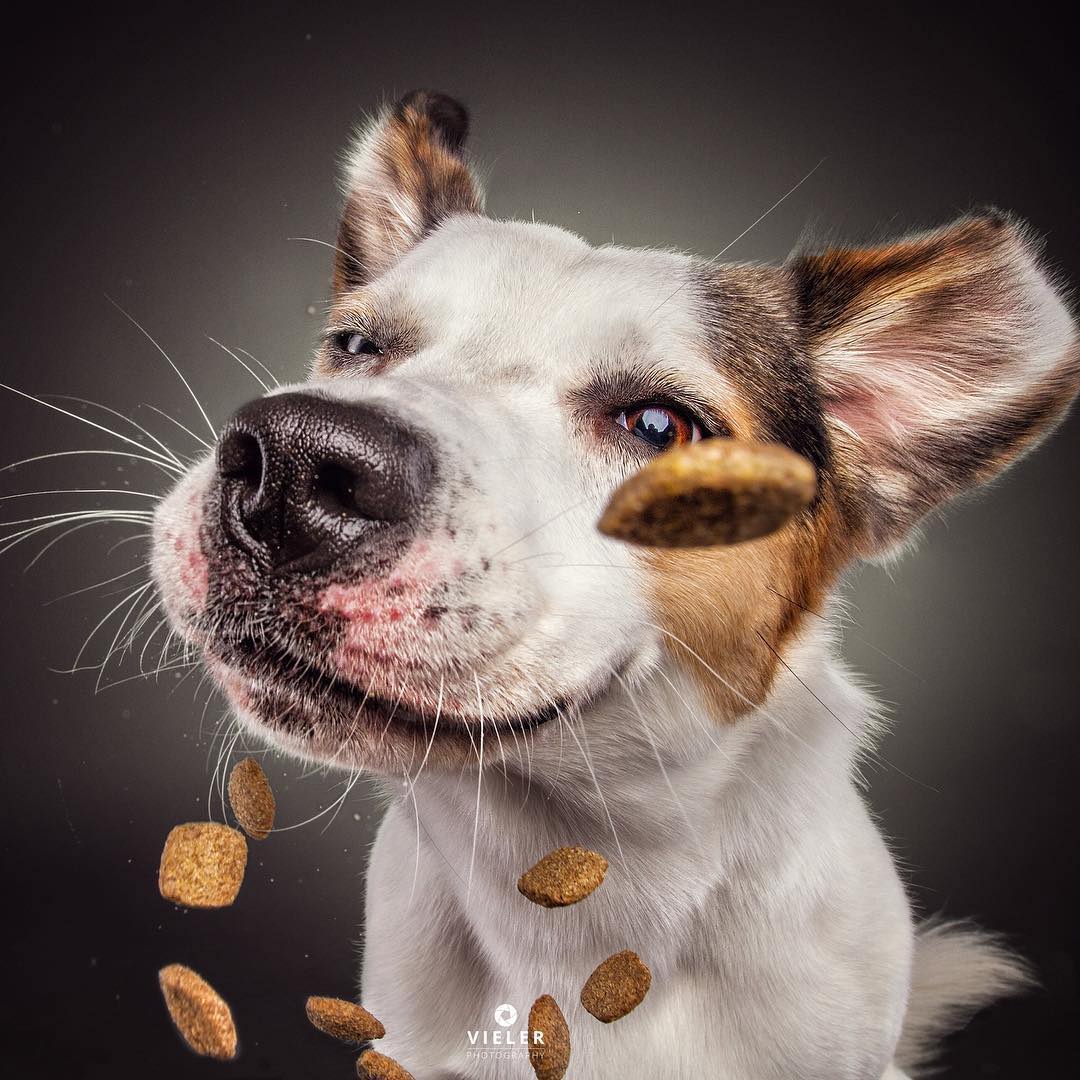 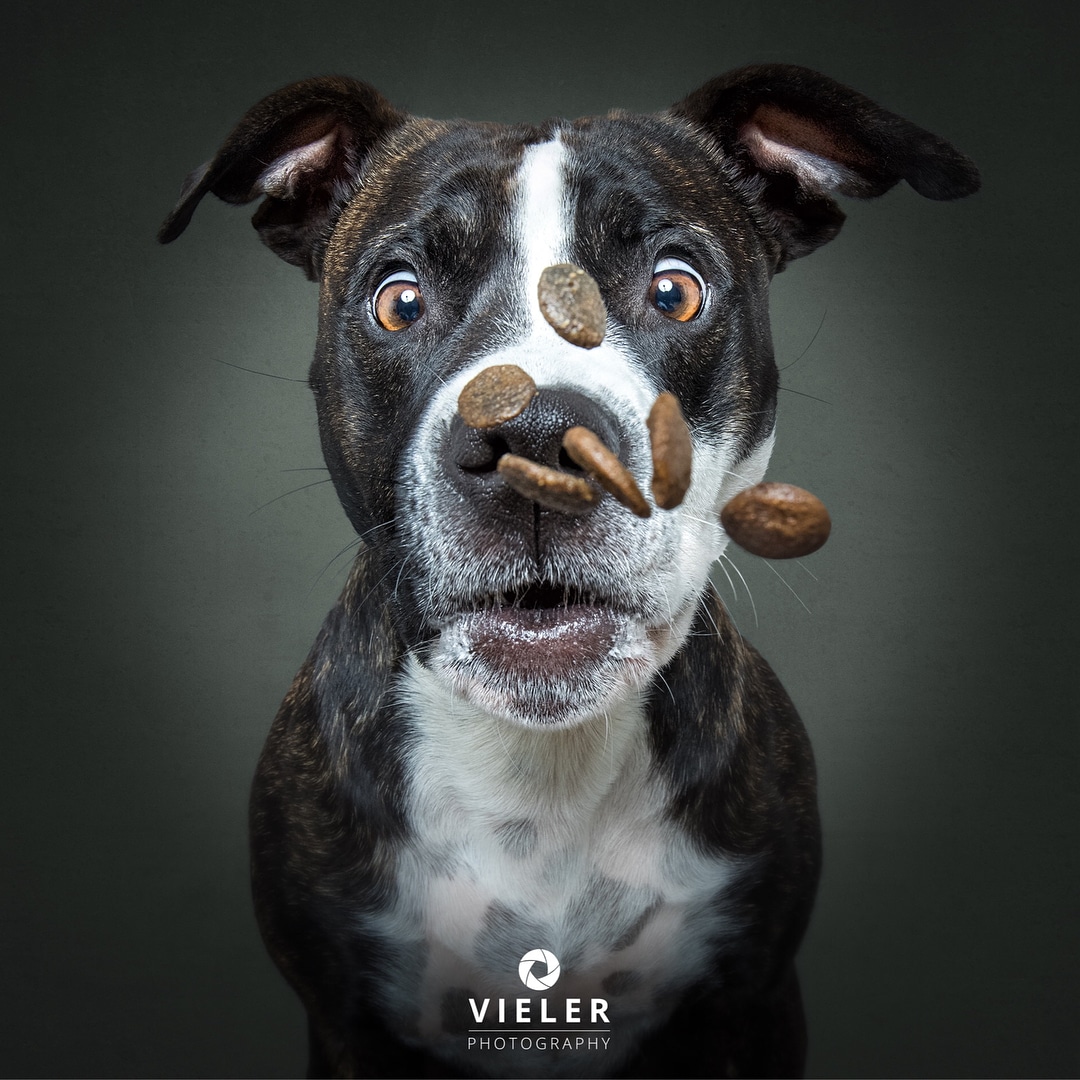 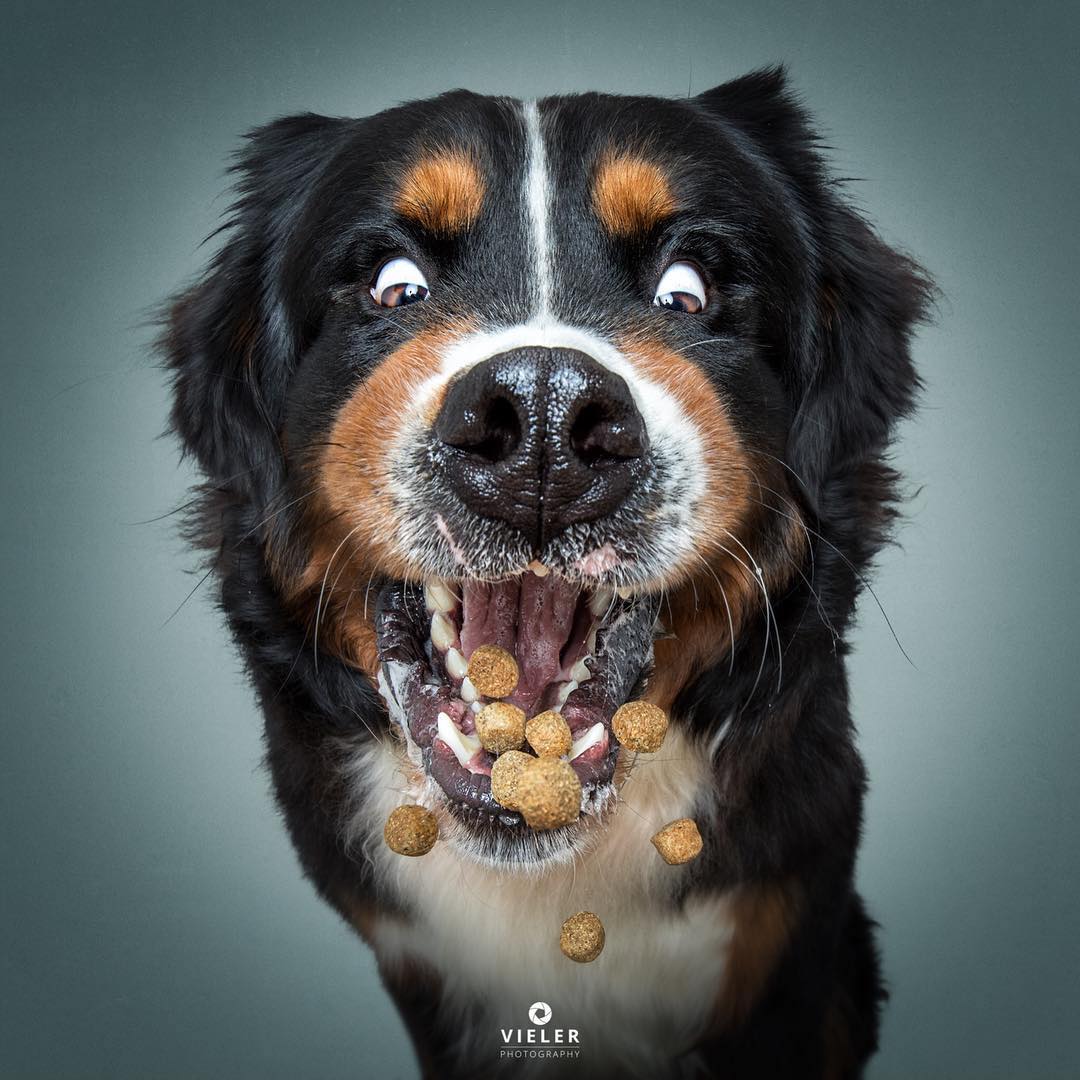 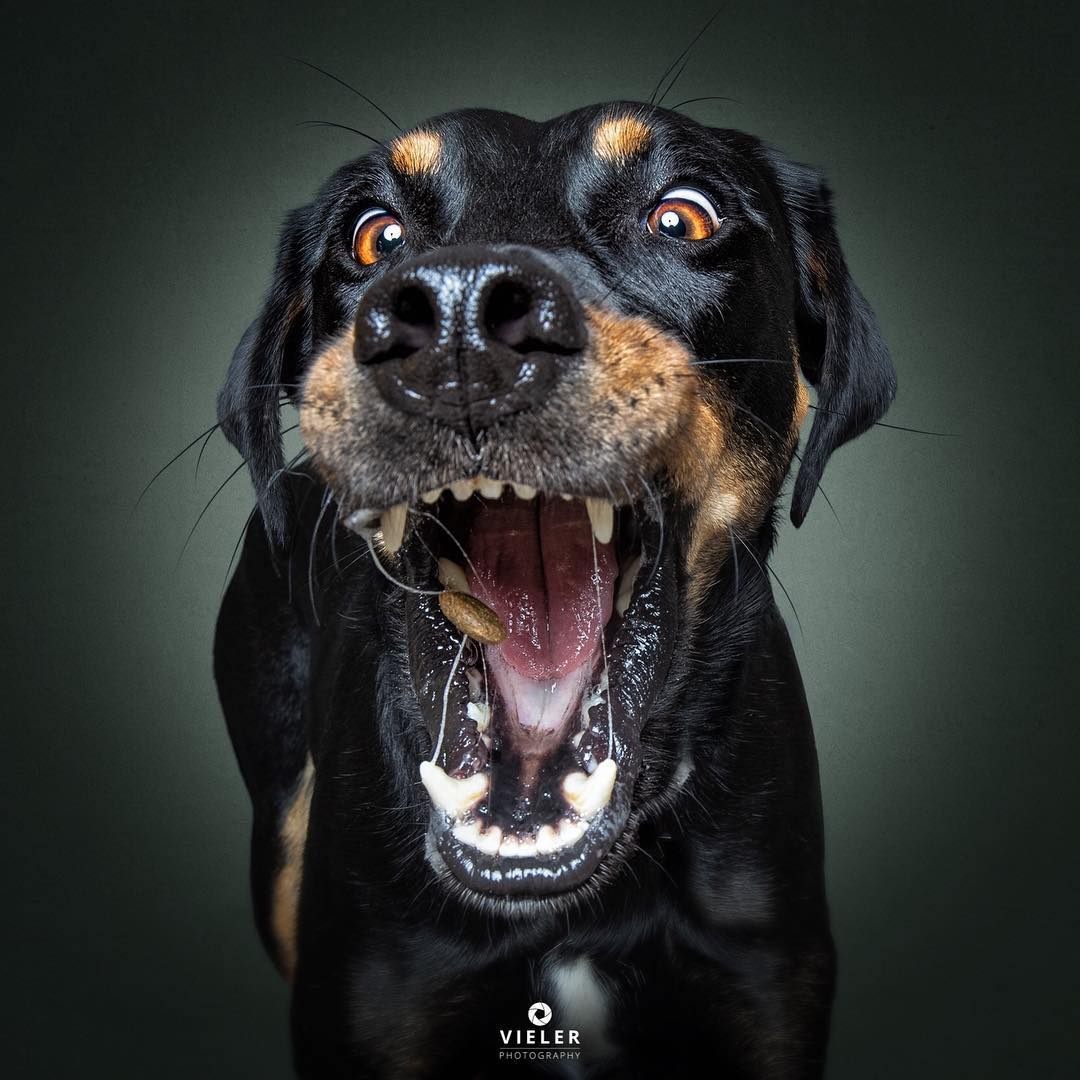 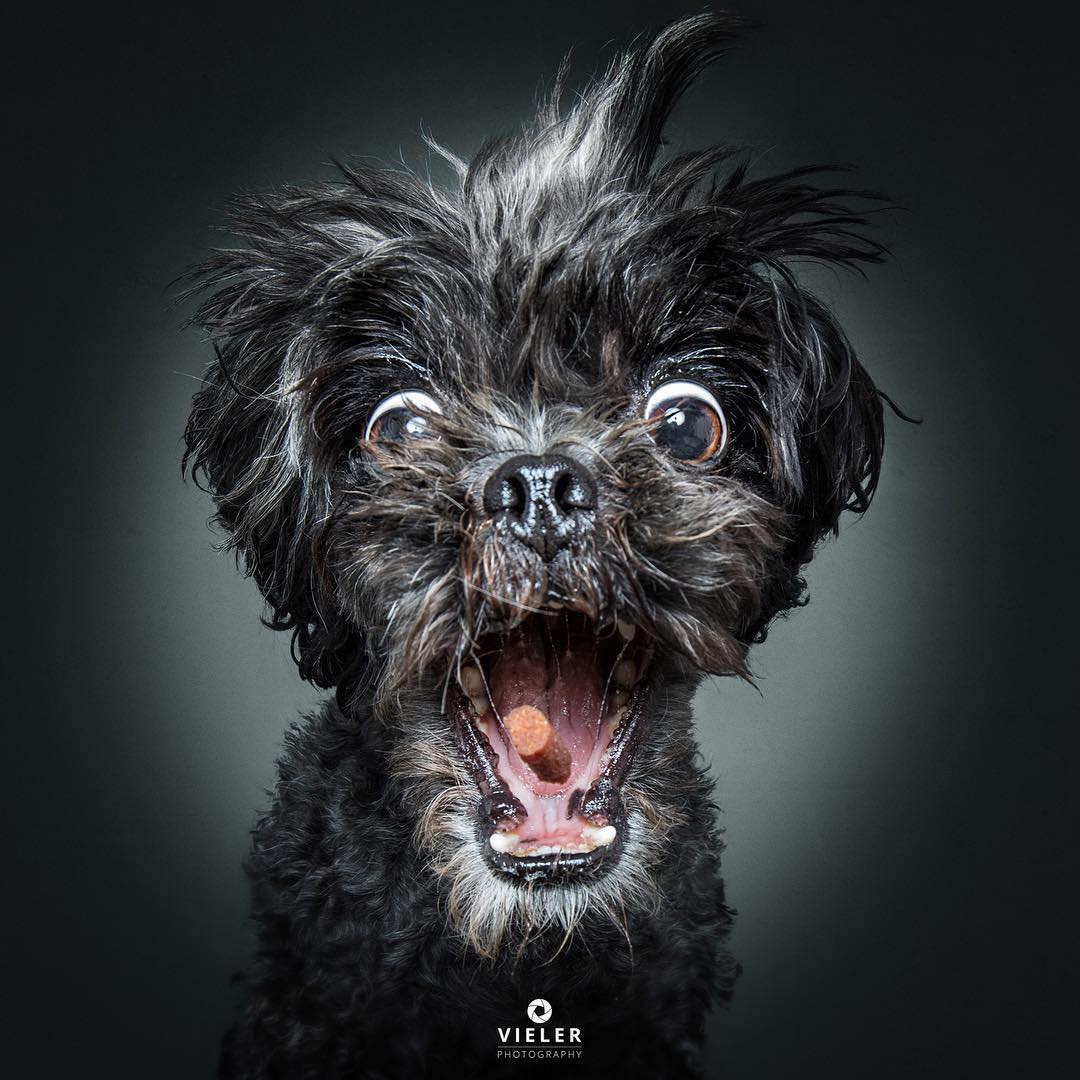 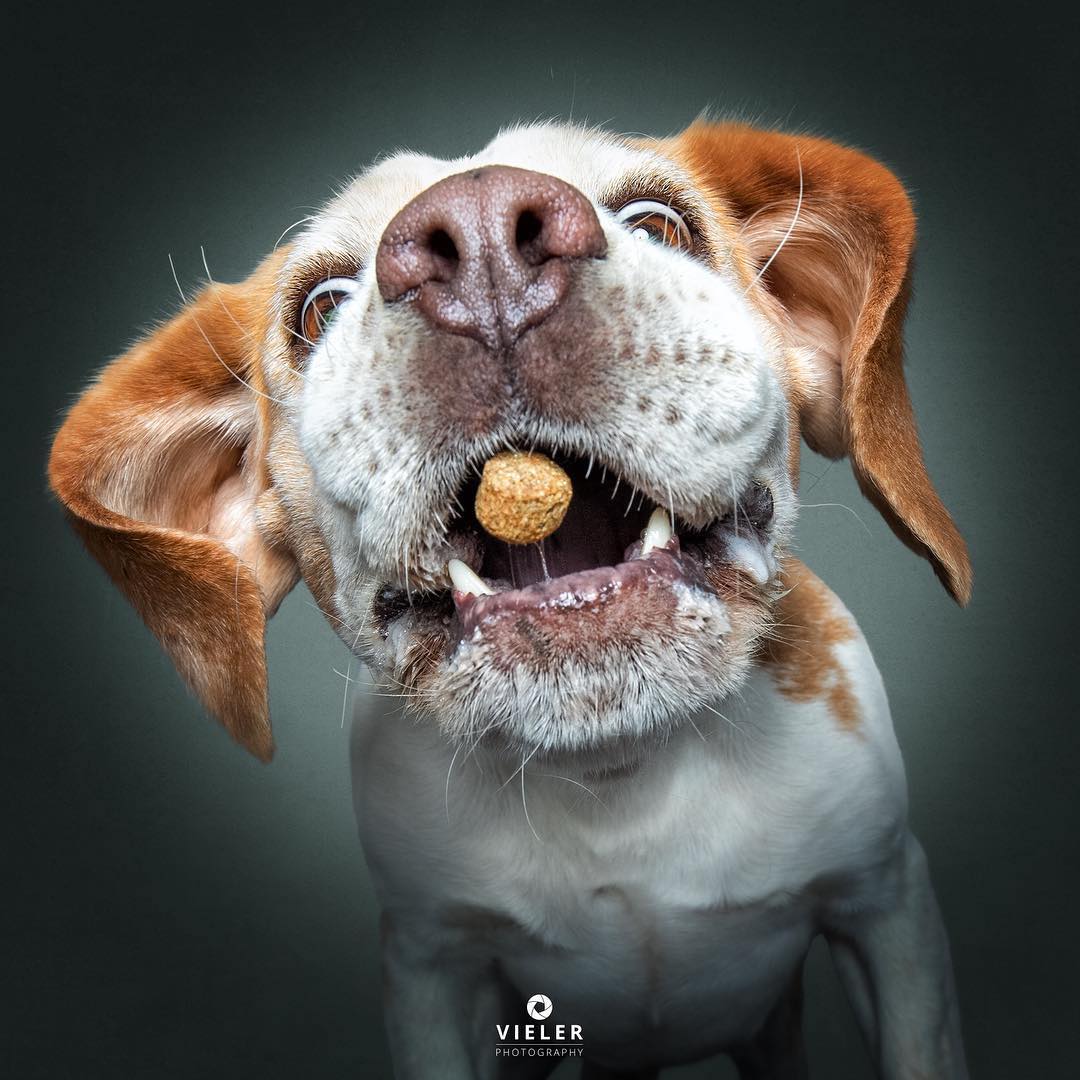 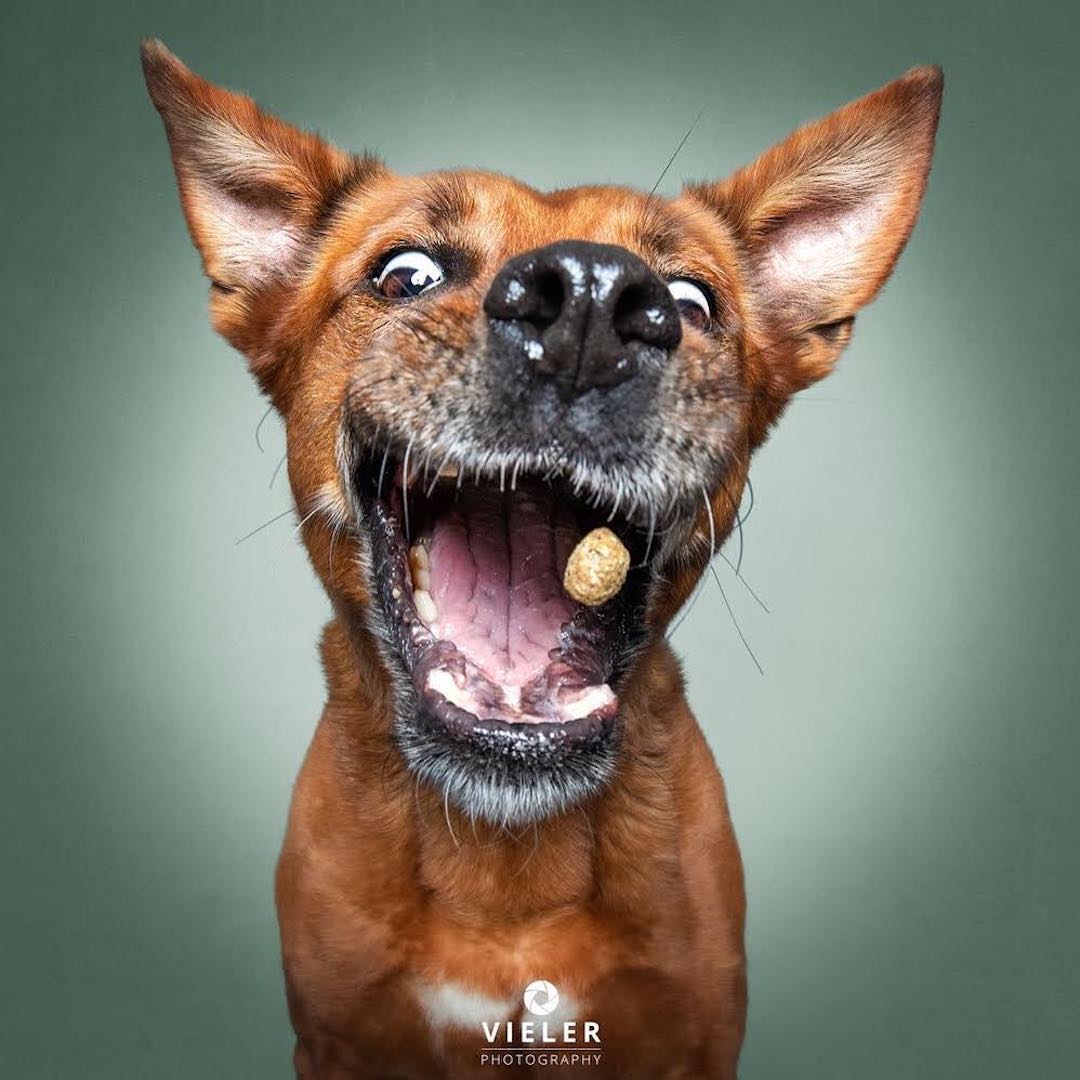 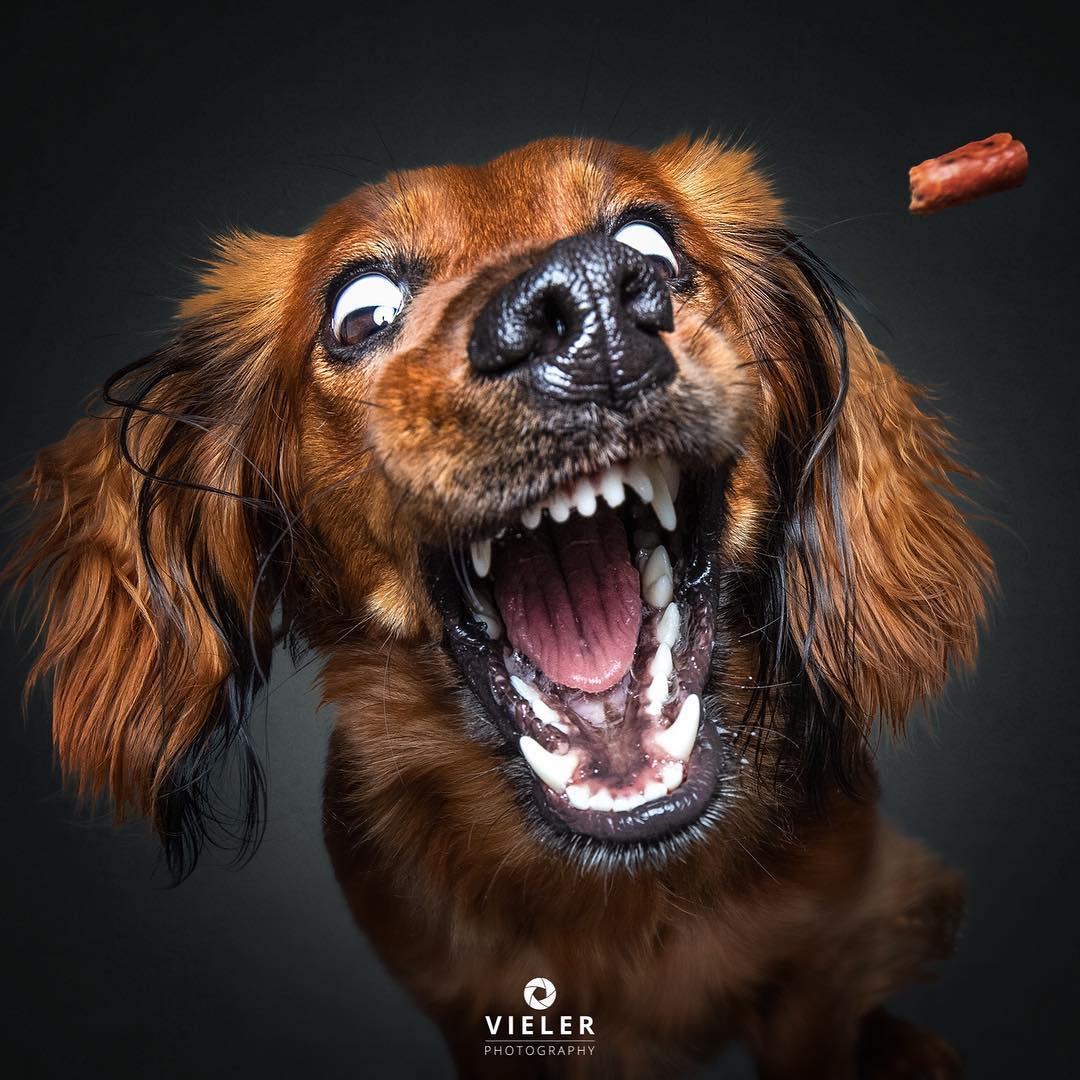 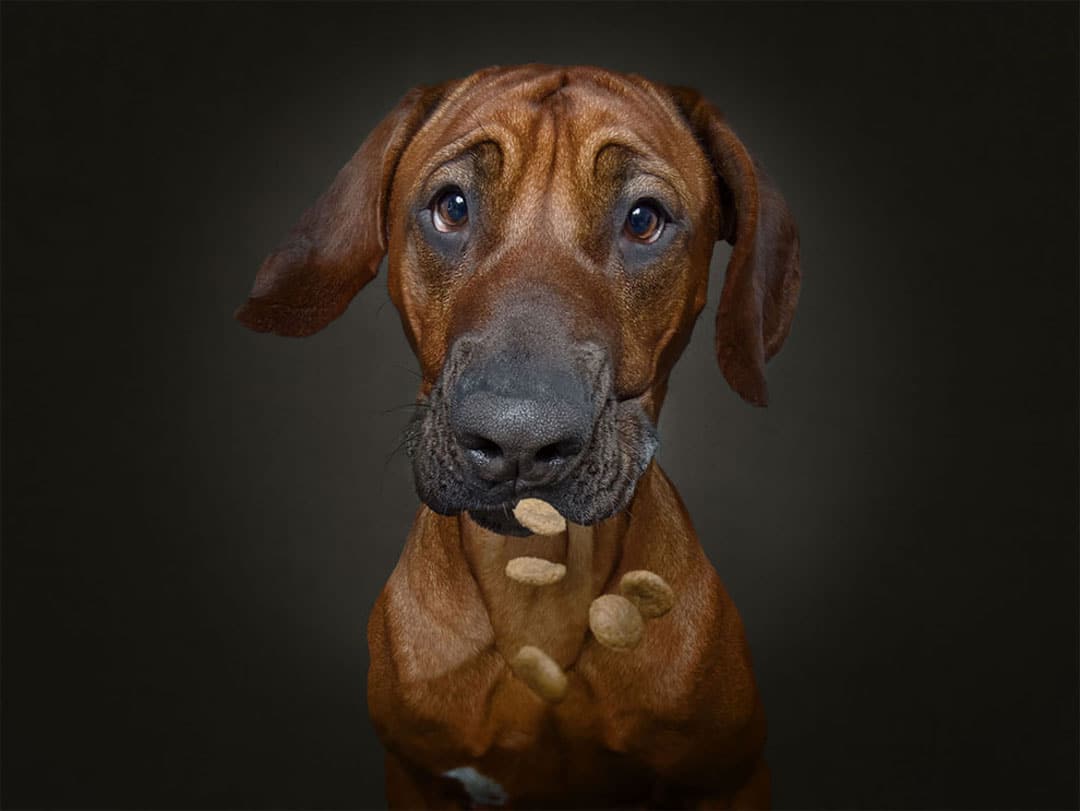 My Modern Met granted permission to use photos by Christian Vieler.

The Story Behind the Iconic ‘Dogs Playing Poker’ Paintings

The post Funny Photos of Dogs Concentrating on Catching Treats in Mid-Air appeared first on My Modern Met.