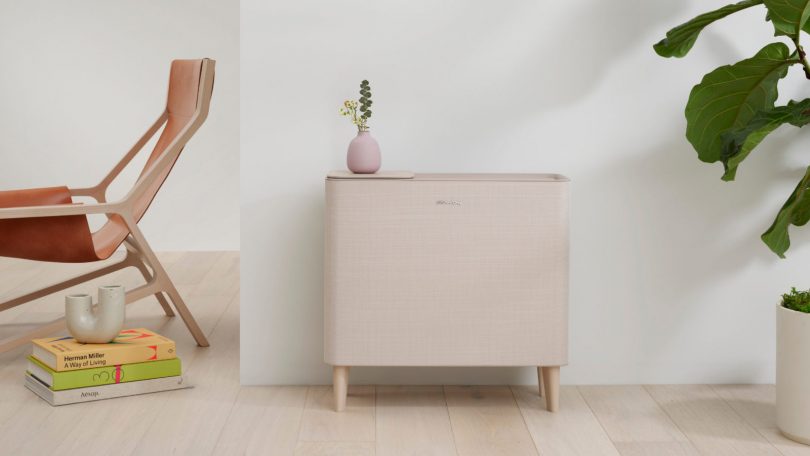 Korean environmental home health brand Coway has earned accolades for engineering some of the best performing home air purifiers on the market. While their catalog presented a respectful selection of industrious boxy little numbers, nobody would have mistaken Coway’s air purifiers as decorative objects. The recent announcement of the Airmega 150 and the even larger Coway Icon Air Purifier makes it evident the Korean brand wants to change the reputation of air purifiers as appliances worthy of leaving out in the open. 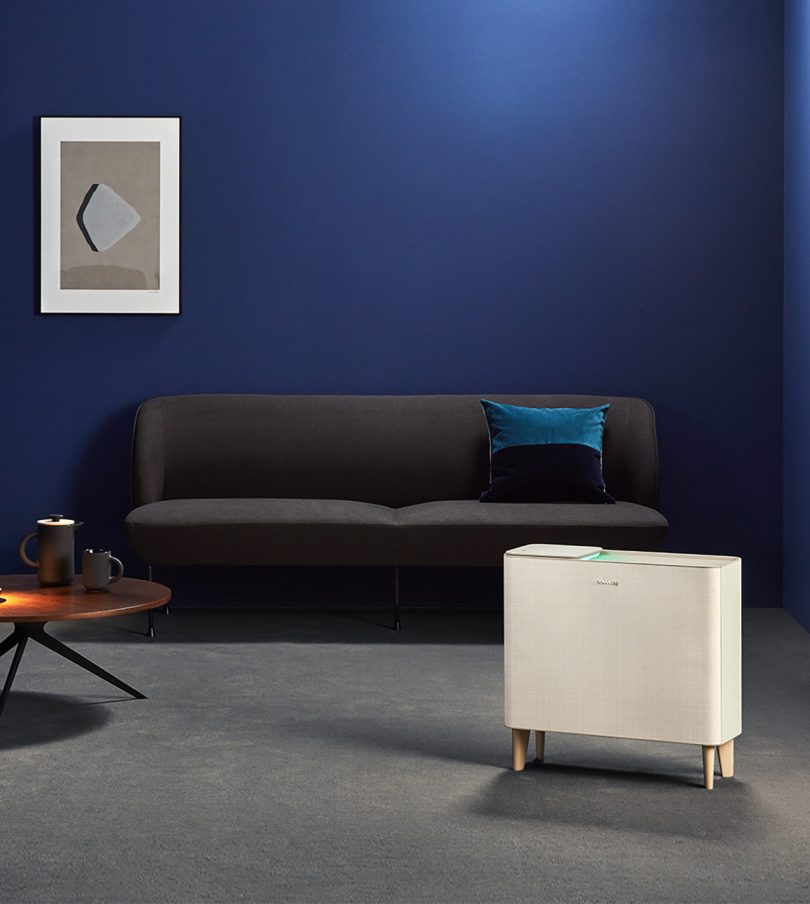 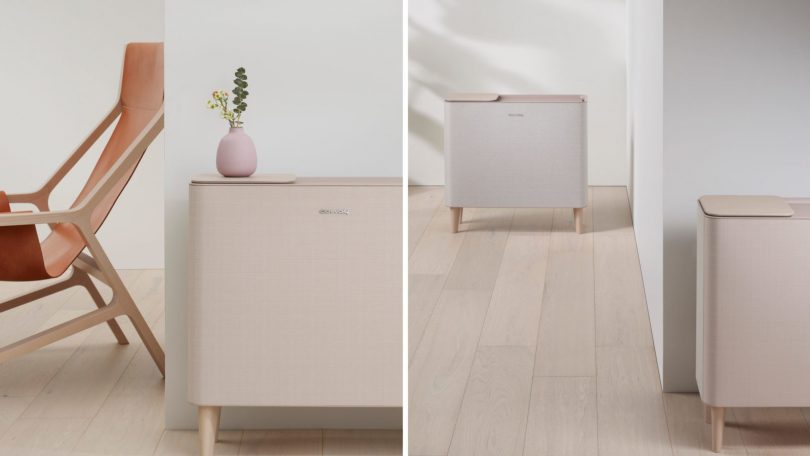 Coway tapped the design expertise of the prolific designer Yves Behar and his team at fuseproject to imagine a new design language which would invite the home appliance to live more openly within a room, allowing optimal air filtration efficacy without the usual eyesore. Their solution: a soft hued neutral gray or pink console table-style form designed to sit along a wall. 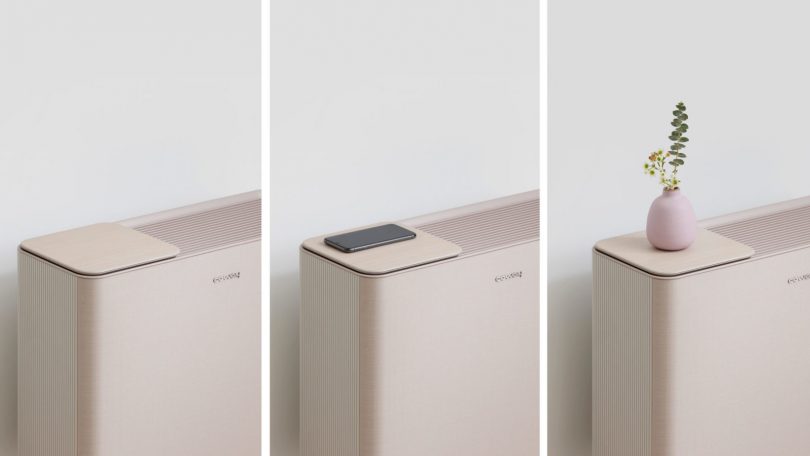 With four tapered mid-century inspired wooden legs and a flattened rectilinear form covered in a removable fine fabric cover, the Coway Icon Air Purifier presents itself more akin to furniture than an appliance (the design has actually been available in Korea since its domestic release in December 2019). 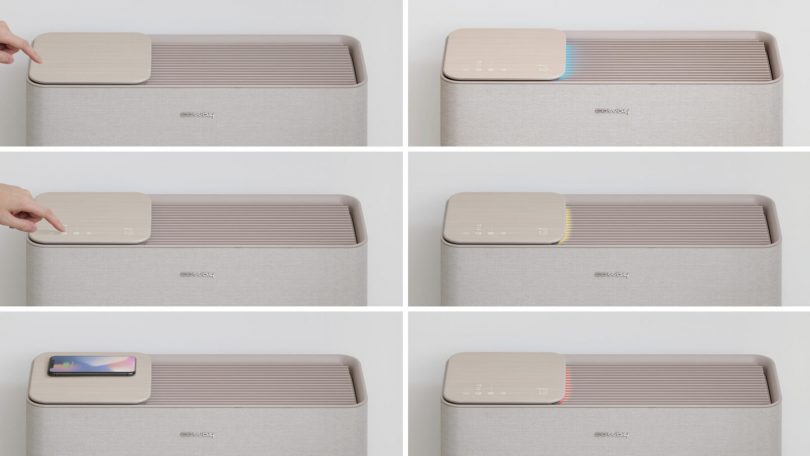 The air purifiers control panel lights up to the touch through the top surface using a lightweight font, then turns off automatically after a certain period of time to eliminate the light pollution that so often enters our homes through appliances and digital devices. And of course, Wi-Fi app connectivity permits remote control of the Icon.

Fuseproject added a  surprising extra feature that we’ve never seen before with an air purifier: an integrated LED illuminated top control panel that also operates as a wireless charging surface. This feature alone makes an argument for positioning the Icon bedside, situated to filter air while also charging devices overnight. 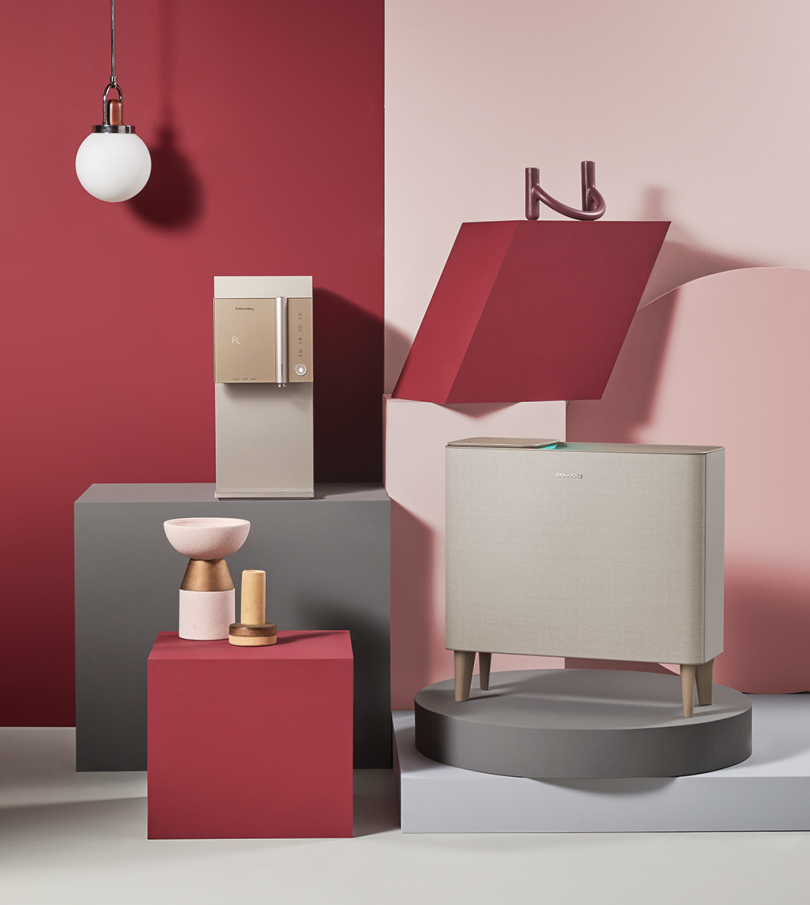 While the aesthetic and technological features make the Coway stand out, more importantly, the Icon Air Purifier’s 4-stage filtration system should scale in similar efficacy as its smaller predecessor. Similar to the new Airmega 150, the Icon is outfitted with its own built-in PM2.5 sensor, controlling air volume/flow automatically to remove 99.99% down to 0.01 ㎛ in size. 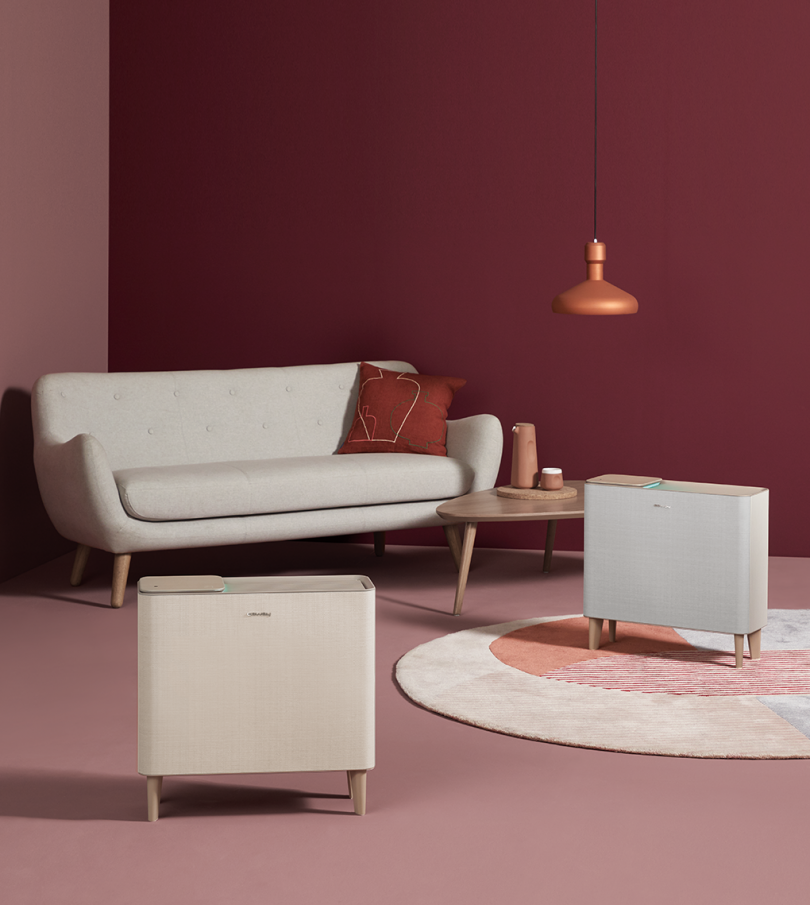 With wildfires currently raging across wide expanses of the nation, residents have shown a great interest in adding air filtering devices everywhere at home where they work, relax and sleep. The Icon Air Purifier is surely to be one of many new air purifier designs reflecting a greater attention to offering designs making users more apt to position the devices centrally and prominently where they’ll do their best work. The Icon Air Purifier is not yet available in the United States, but fuseproject hopes that will happen soon.