In the late 1950s, when NASA was still a young organization, one of the biggest challenges for them was to determine whether human spaceflight was a realistic possibility. One thing that was poorly understood was the the effects of prolonged weightlessness on the human body, and whether motion sickness could hinder space missions and endanger crews.

In order to test how the body might react to the stomach-churning rigors of spaceflight, NASA needed people who were immune to motion sickness. And for that, they turned to Gallaudet College (now called Gallaudet University) that specializes in education for the hearing impaired. NASA recruited eleven men from the institute, and for nearly a decade subjected them to some of the most punishing experiments. These men became known to history as the “Gallaudet Eleven”. 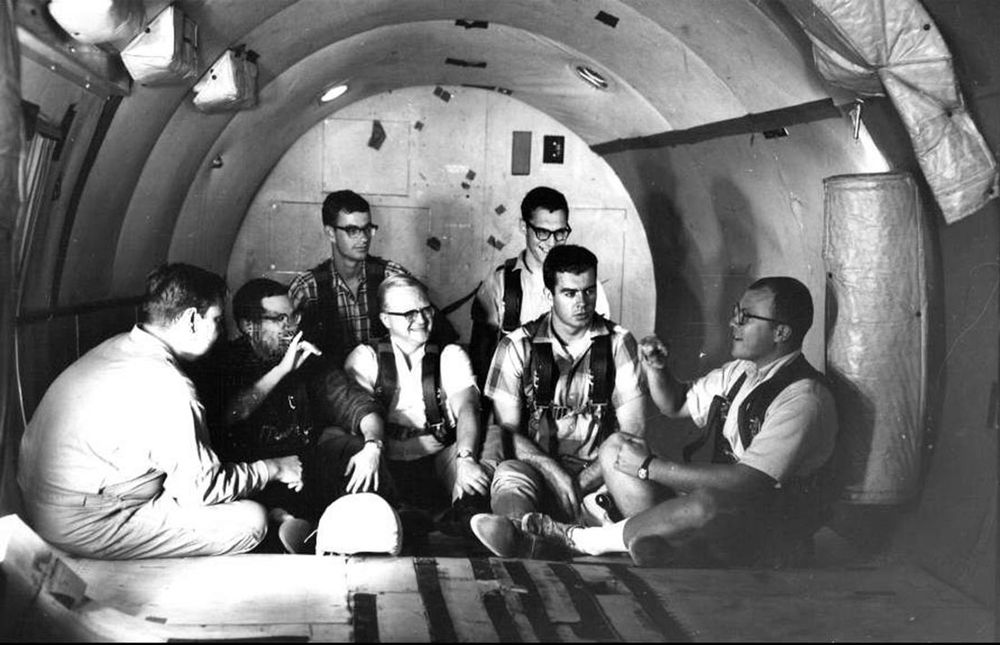