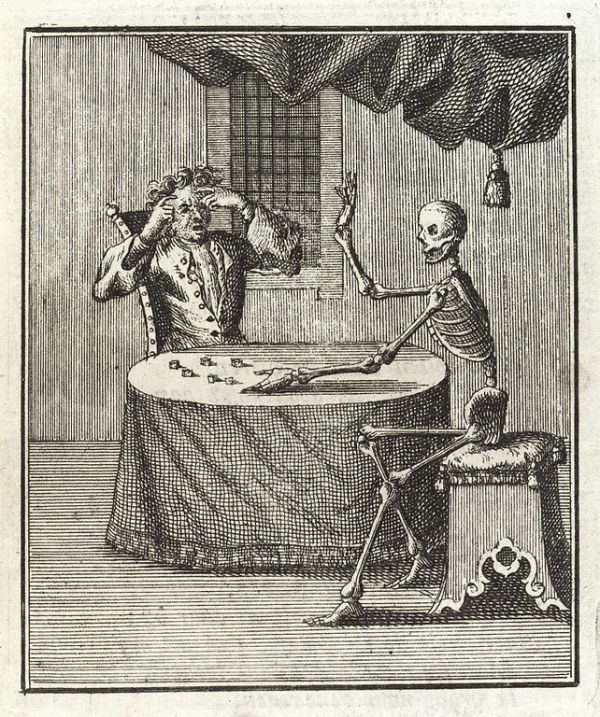 Those who gamble are more superstitious than the general population because they rely on luck to beat the odds. That’s not at all surprising, but the specific superstitions could be gruesome. Gamblers often ascribe their success to lucky charms, which could be the blood, hair, or body parts of someone deceased, or even an instrument of execution, such a hangman’s rope. Someone who died while gambling was even luckier, as his spirit was supposedly going to stay at the table until his bad luck was avenged. And then there are cases where people took a winning lottery ticket to the grave with them. How lucky is that?

Brussel, Sept. 10. A romance has just been unfolded in connection with the recent Brussels lottery. For some time the chief prize of $40,000 was unclaimed, and the identity of the winner as just been established in a remarkable manner.

It appears that a young Belgian, aged 19, had purchased a ticket for the lottery, and shortly afterwards he was killed while at work through a stone falling on him. A few days before the result of the lottery was announced he was buried, according to custom, in his Sunday clothes. Some weeks passed and no claimant came forward for the first prize. Then the young man’s friends remember that he had a lottery ticket in the waistcoat pocket of his best suit, and an application was forwarded to the authorities for permission to have the body exhumed. After the usual official delay, the request was granted, and as was expected, the winning ticket was found in the dead man’s clothes. The relatives are now claiming the money. The Oregon Daily Journal [Portland, OR] 11 September 1910: p. 49

There are other newspaper stories of corpses buried, or coming close to being buried, with a winning lottery ticket. Read about these and other tales of morbid gambling superstitions at the Victorian Book of the Dead. -via Strange Company

Stash Your Jewelry in the Bellis Jewel Bed by Uniqka