Muralist duo from the Netherlands, Telmo Miel just worked on their second mural in Boulogne, France entitled “Gardien de Crécerelle”.  It is French for ‘Guardian of the Kestrels’; Kestrels are birds of prey, and in the surrounding area of Boulogne. This species of birds is now considered endangered.

The mural depicts a woman that has four arms, expressing two different mind-sets. She’s standing with her arms folded, standing by, not lending a hand. But she’s also holding a stick of some sort, supporting the fragile Kestrels. This is to communicate the choice humans have in the matter, giving support or just standing by and watching. The city of Boulogne requested the artists to create an artwork translating this issue.

Telmo Miel’s artworks are both surreal and realistically rendered, with a tremendous amount of detail and vibrant color. Able to work fairly seamlessly, their styles have combined to such an extent that they’re able to execute multiple areas in tandem, exchanging places and completing each other’s work. 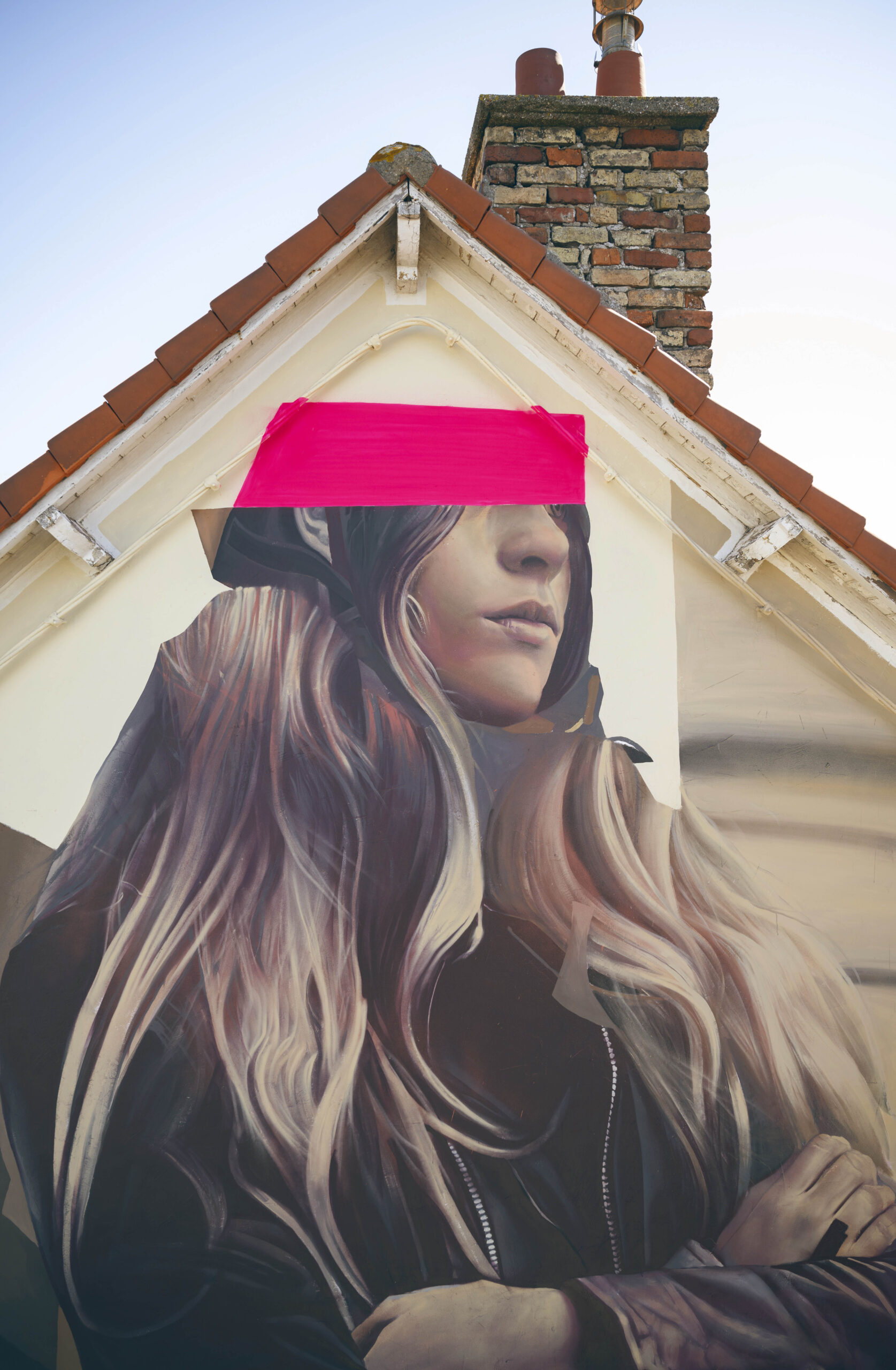 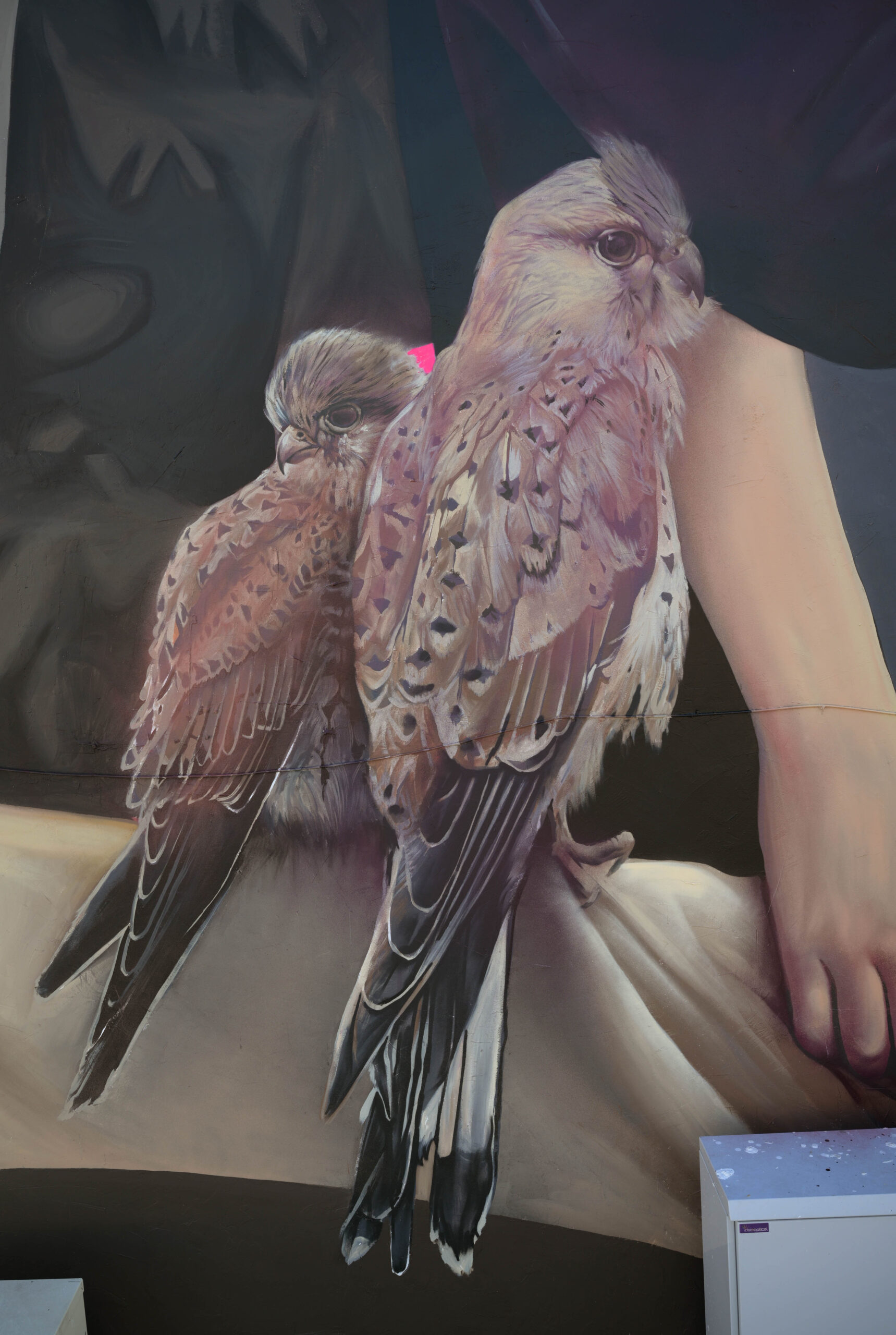