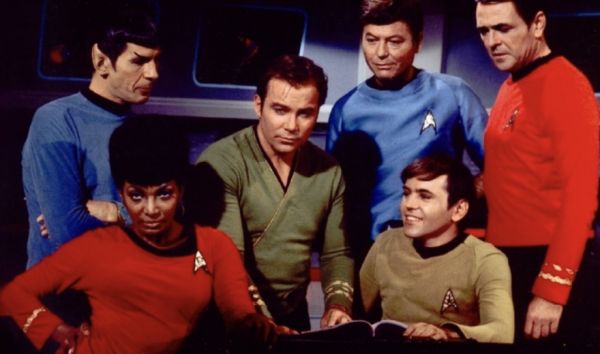 Gene Roddenberry’s original pitch for the TV series Star Trekis enshrined online. The document, dated March 11, 1964, envisions the starship the SS Yorktown visiting the possibly three million planets that contain intelligent life similar to ours. The key to this concept is that a tiny fraction of such planets would have an evolution similar to our own, with just enough differences to make an interesting story. Examples include a world that has already been devastated by nuclear war, another in which women keep men as pets, one that is going through the medieval era, and one where the real intelligent beings are cows. The regular cast of characters could find themselves in a historical scene, or alternate history, or a futuristic society… plus there’s always the possibility of a straight-up alien world.

The document describes the main characters, which were changed quite a bit before the show made it to air. The character who became Mr. Spock was named “Mr. Spook,” had red skin, and was described as rather satanic-looking. The ship’s navigator was a South American named José Ortegas. The second in command was an emotionless woman.

But the best part of the pitch are the many proposed episodes. Some you will recognize as stories that were used, while others are so off-the-wall they were never heard of again. And there are some you can see were altered quite a bit from the original concept before production. But the name Star Trek was already perfect. -via Boing Boing