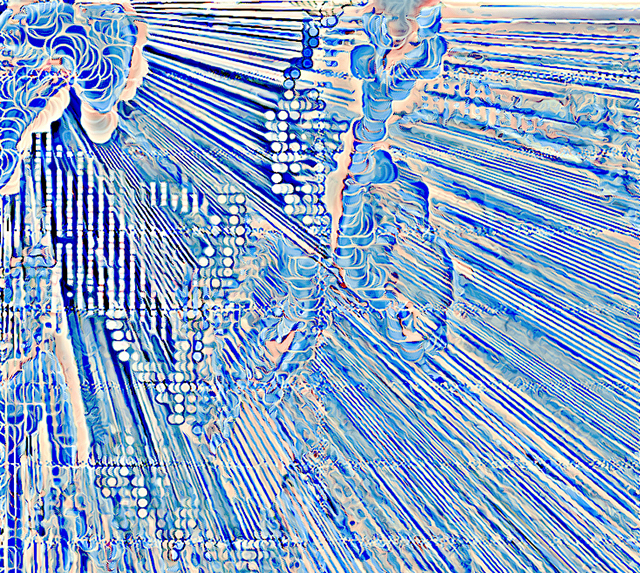 Using custom generative software, artist Helen Alexandra codes generative algorithms to create animations in real time, resulting in mind-bending digital paintings. Though Alexandra often lets the generative artworks stand on their own, she creates other works that pair algorithms with physical media like acrylic paint and ink, blurring the lines between algorithmic, digital, and traditional painting.

Alexandra tells The Creators Project that she began making digital works in 2012 after concentrating on drawing and painting in the mid-to-late 2000s. In 2014, she began to teach herself how to code, a skill she has put to use in writing custom generative software for her most recent works. 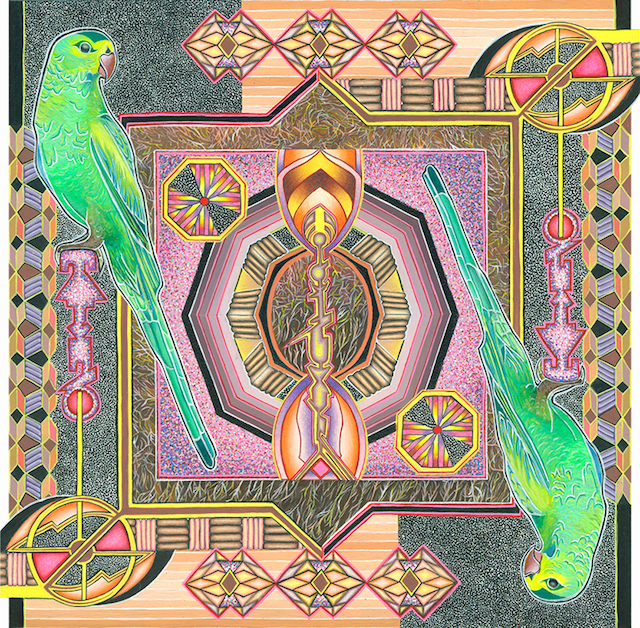 “I’ll write code that creates real-time generative animations, essentially, moving agents that make colorful digital marks,” Alexandra explains. “Each time the code runs it’s creating a unique animation. While it is running I look for the most interesting visual moments and capture them as quickly as possible because the imagery is fleeting.”

Alexandra compares this process to taking stills from a video. The way she captures the stills is written into the program itself, so she experiments a lot and tweaks the code until she gets what she wants visually. After taking stills during the algorithmic animation process, she begins a digital painting that works well with the generative imagery. 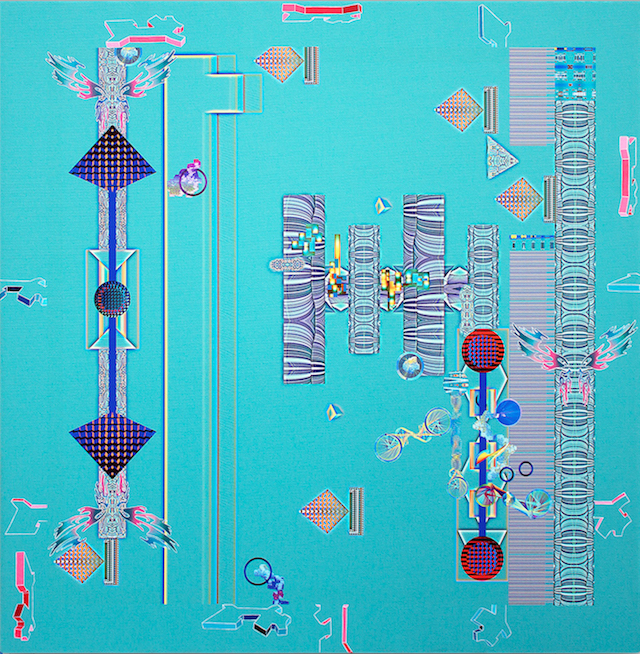 “I aim to blur the definitive recognition of what is generative and what is digital painting, really working them to together into a unified expression,” she says. “When this is complete I print the result on canvas or paper and then paint and/or draw on them with acrylic and ink.”

Alexandra credits generative artists Christian Zander and Michael Hansmeyer as being prime inspirations. Zander’s pieces Perspektive and Cloak are particularly influential for Alexandra, as the artist imbues them with a playfulness of space and perspective. As for non-generative artists, Alexandra finds inspiration in Romio Shrestha and Clark Richert, and often looks to nature to inform her work. 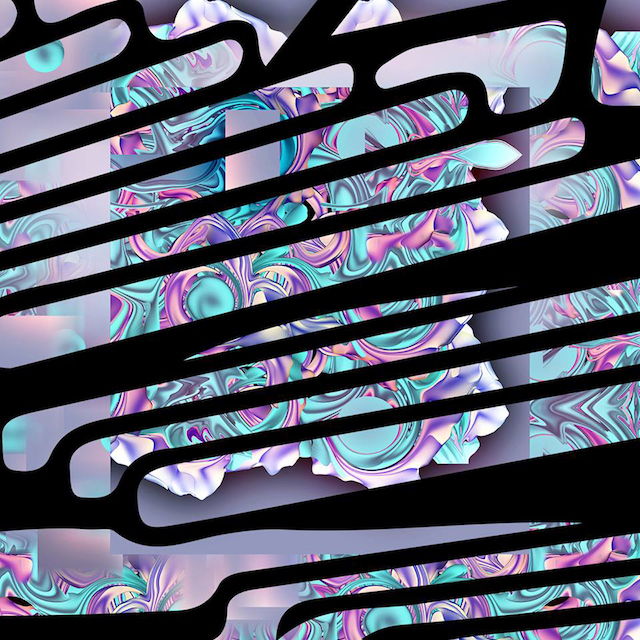 “I can see how some people might think generative art has less of the artist’s touch,” says Alexandra. “Actually, before I learned how to code I used to have a hard time with this. But after creating with code for a while I now understand it both as an artistic tool and a medium, just like a paint brush and paint.”

“The outcome of the image depends on the artist, the choices they make, and their expression,” she adds. “And so as far as the input I have with these generative artworks, I would say it’s all my input.”

Back in 2013, Alexandra had a small solo exhibition titled Bardo Technology. The title is a fusion of the Tibetan Buddhist state of being with the idea of art as technology. 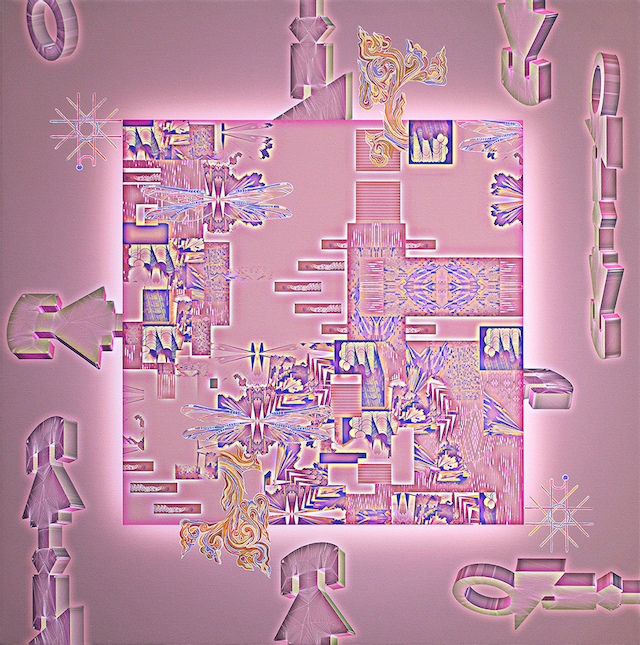 As Alexandra explains, bardo has a number of meanings in Buddhist texts. Its most simple definition, however, is understood as “the intermediate state.” But Alexandra’s usage comes from Sogyal Rinpoche’s description: “a Tibetan word that simply means a transition or a gap between the completion of one situation and the onset of another.”

“It was my intention for the show to make a series of pieces that acted as a kind of technology for inducing the bardo state of consciousness,” says Alexandra. “Where the art engaged the viewer to a point where they could potentially experience a pause, or a gap, in their day, conversation, or thought, and perhaps even have some profound insights.” 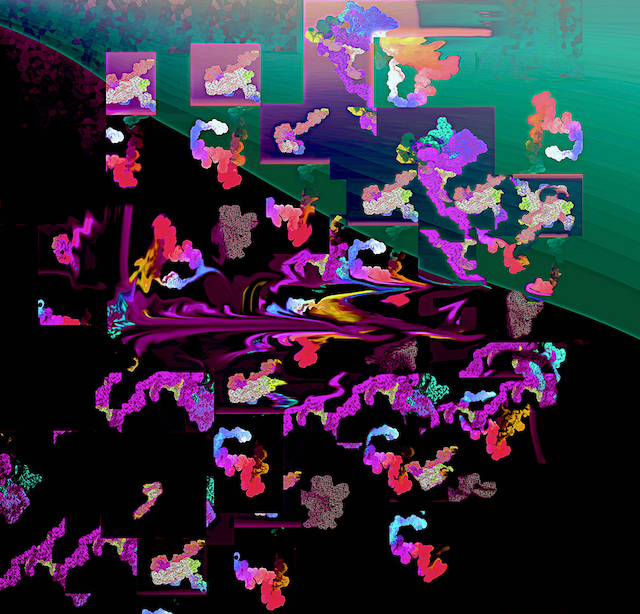 The show mostly consisted of drawings made with colored pencil, ink, and acrylic on paper. The works’ visual format was that of the mandala (a ritualistic symbol in Buddhism and Hinduism), with repetition of patterns and marks designed to draw the viewer in. These motivations have carried over into her most recent generative paintings.

“I still aim to evoke a pause in the viewer,” Alexandra says. “To create a moment where the viewer can experience something new and perhaps even profound.” 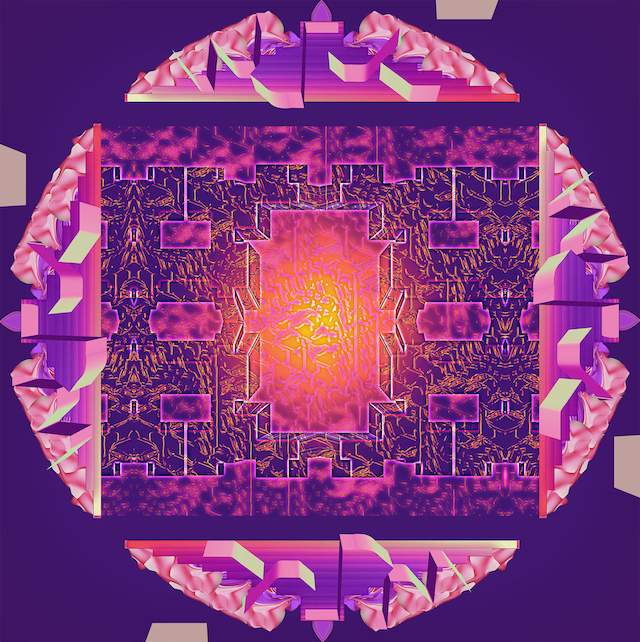 Find your next favorite artist on The Creators Project’s Instagram.

Eyes Control Light and Sound in a Cybernetic Feedback Experience