Father’s Day is celebrated on different days in various places around the world, but most of them honor their dads on the third Sunday in June. Somehow it is always so difficult to come up with an idea of what could be the best present to show our love to our dads as they rarely need anything, and actually, nothing seems good enough to express our gratitude.

But what it takes is just a little bit of creativity. This woman on TikTok decided that she could recreate some of her dad’s photos from his youth and make a cute video for him, showing how similar they actually look.

Lakyn Bowman previously went viral for recreating her grandmother’s photos and this time, she decided to do the same with her dad’s 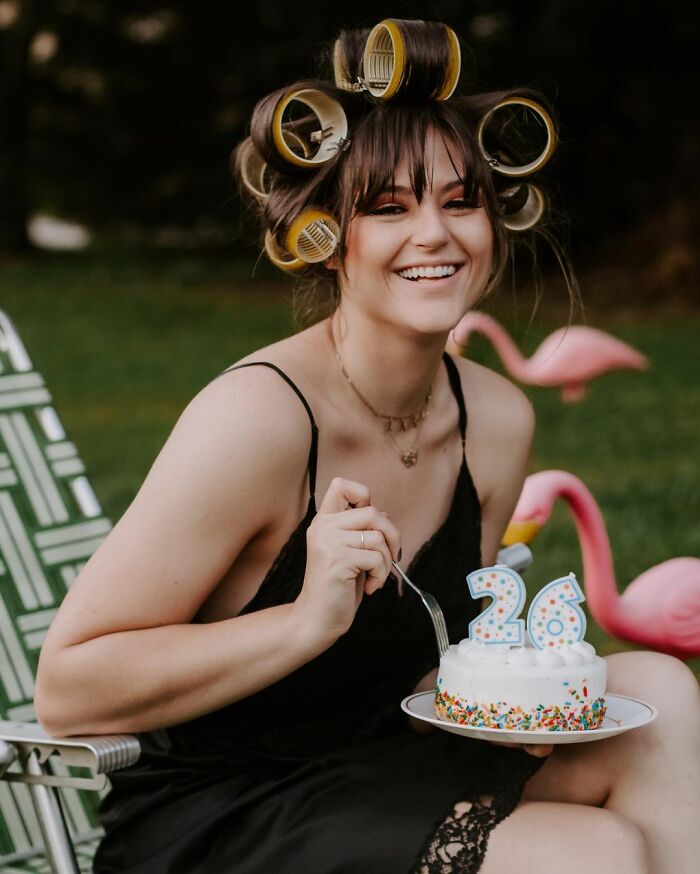 TikToker lakynbowman, also known as Lakyn Bowman, is a 26-year-old woman from West Tennessee who has a business of transforming her thrift finds into home decor to promote sustainability.

She is also quite busy creating content on social media, especially on TikTok, where she shares her thrift finds for her home, her business and also shows what outfits can be composed of second-hand clothing. 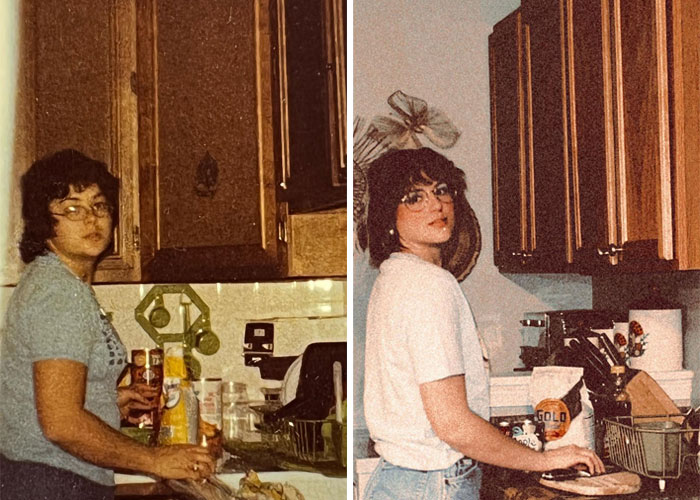 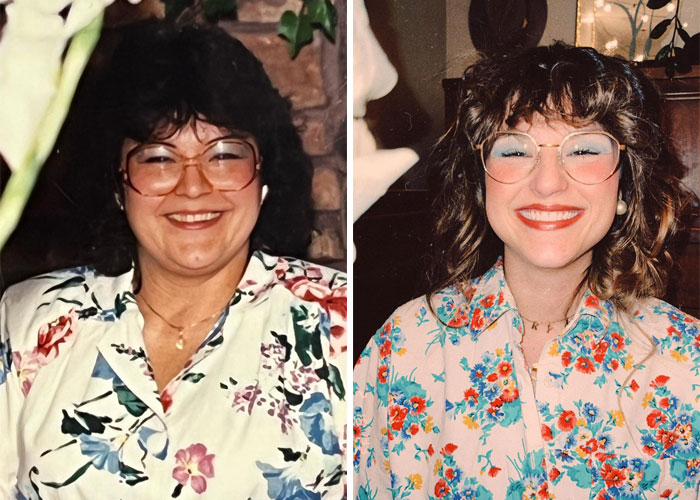 Bored Panda has already talked about one of her videos that went viral with 8.8 million views a few months ago. In that video, Lakyn decided to recreate her grandmother’s photos from when she was young as a gift for her birthday.

She wanted to surprise her grandma and did her hair and makeup exactly like in the pictures. The granddaughter also found some clothes that looked very similar and posed in the same way as her grandma did. If you would like to read more, you can follow this link. 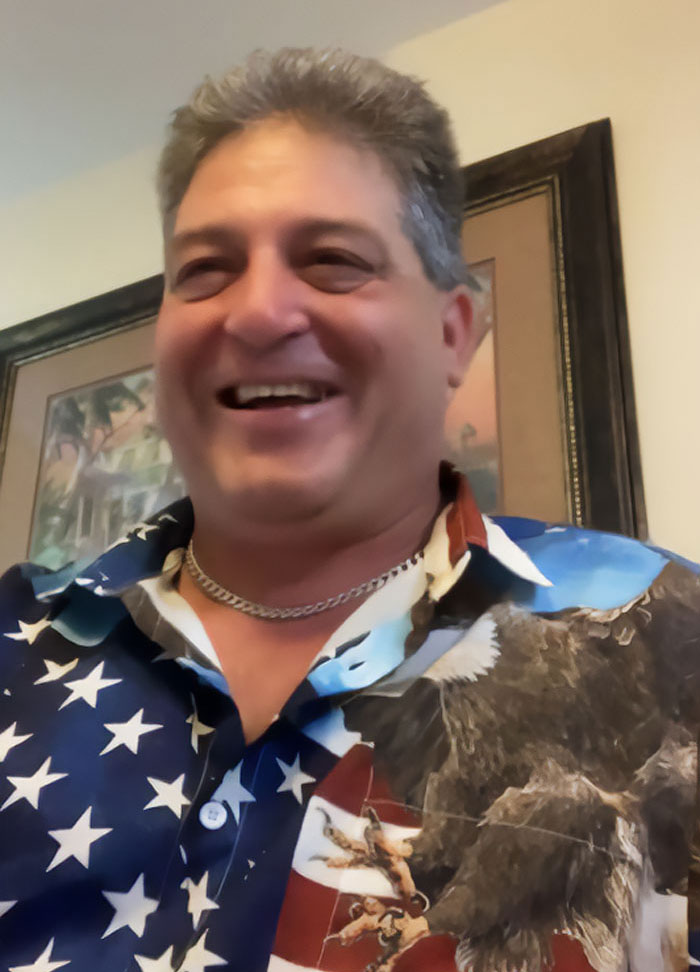 This time we are looking at her latest photo recreation video that she dedicated to her dad in honor of Father’s Day. She again found similar-looking clothes and manipulated her hair to look like she had a short bob like her dad when he was a kid. She nailed the poses and the comparison shots are proof that these two people are definitely family.

Lakyn herself confessed in the text overlay in the video that she was a bit freaked out looking at her dad’s old photos and seeing how much the two of them look alike, and it’s fascinating to observe with the naked eye how genes work. 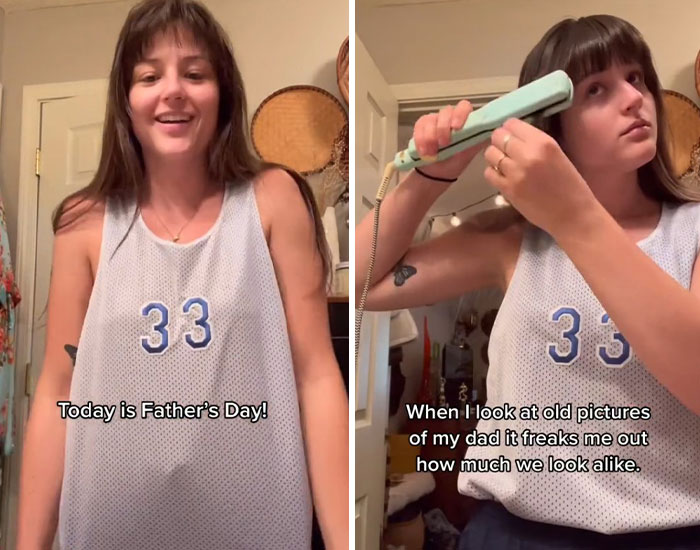 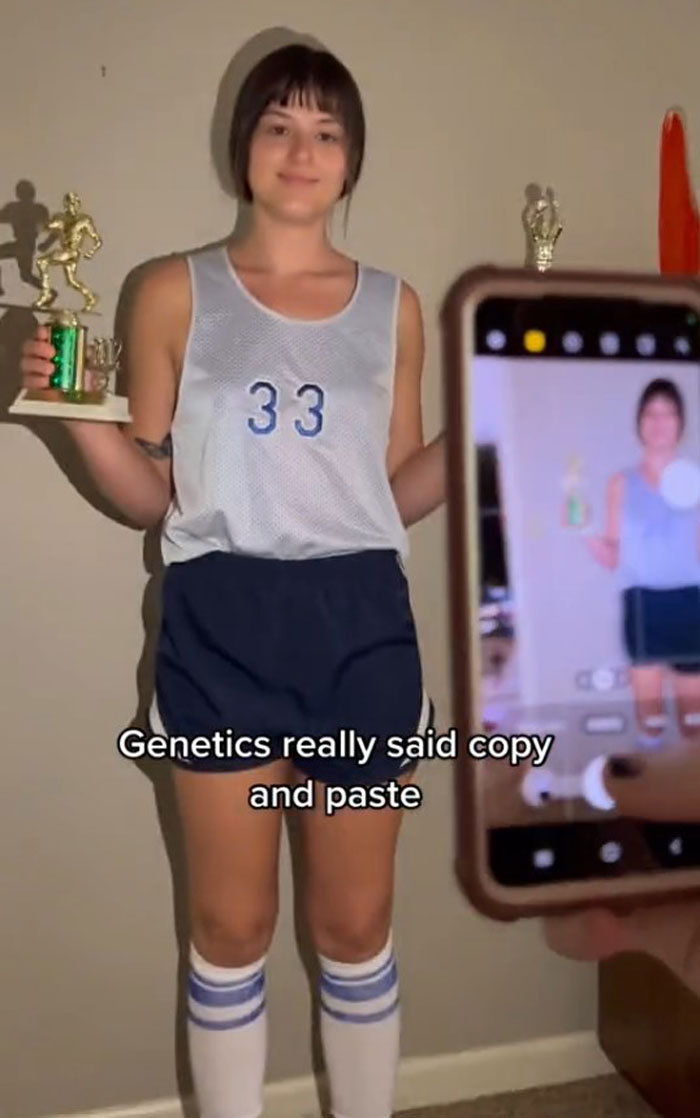 While seeing photos side by side is very satisfying, the best part about this gift was the dad’s reaction. Lakyn posted a video of her dad watching the montage for the first time and it made the dad quite emotional as he couldn’t stop smiling.

The man recognized his jersey and his coat, praising his daughter for doing such a good job. Actually, he was so impressed that he wanted to see the video a couple of more times.

You can hear Lakyn asking her dad which of the recreations he liked the most and his answer was “I like all of them!” But he was especially happy about the one in which she was wearing a red jacket because it was the actual jacket he wore in that photo.

The dad also revealed a little bit of more context to the photo in which he was wearing a blue shirt. Apparently, he was a cheerleader for a while because he wasn’t allowed to play more than 2 basketball games on a weekend, so he asked if he could participate in the game as a cheerleader. 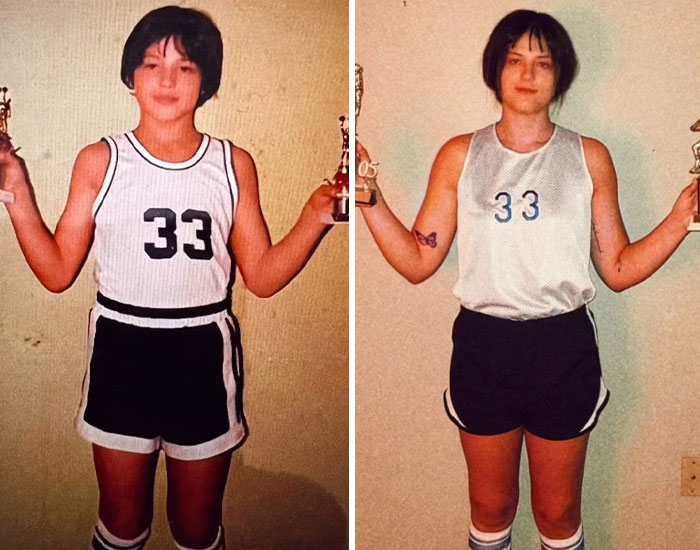 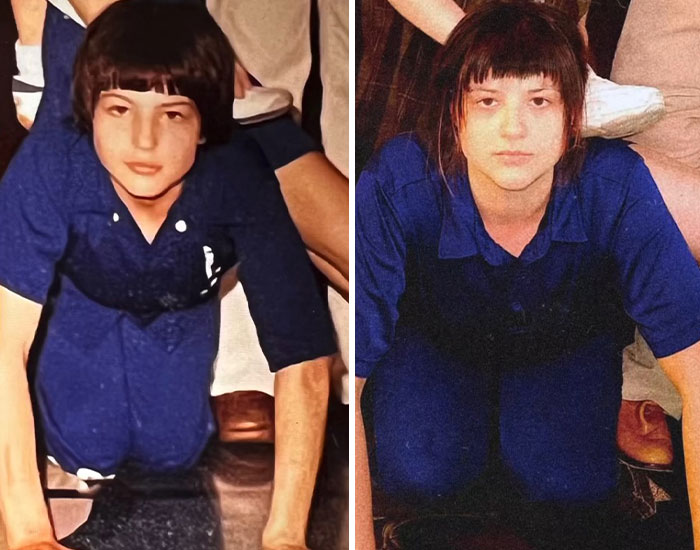 The dad said that he remembered all of the photos and you could see the nostalgia in his eyes reminiscing about the times he did sports. He also said that he really misses his dark hair, as now it has silver strands in it.

He noticed that Lakyn even has his eyebags and they both agreed that Lakyn is definitely her father’s kid. Lakyn confessed that she was really excited to do this because couldn’t grasp how her face could be so similar to her dad’s. 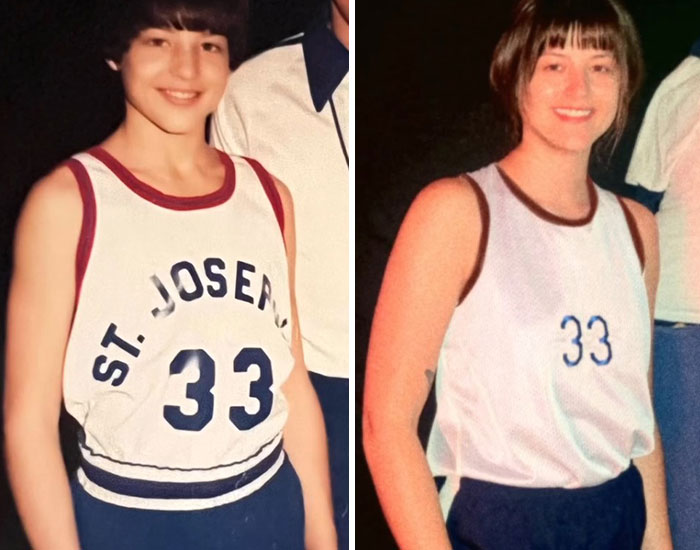 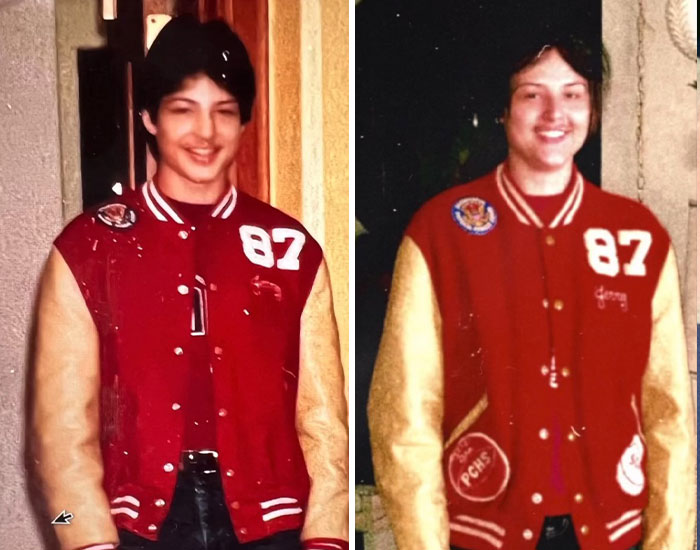 Before surprising her dad with the video, Lakyn did one for her mom on Mother’s Day as well. Lakyn isn’t so sure that she has any physical similarities with her mom, but she has heard from some people that they do. With the power of makeup, clothes, poses and filters, it would be hard to think that the two women are strangers.

Mom’s reaction was as wholesome as the dad’s. She loved the result and told Lakyn that the swing picture in the park was actually taken by her, even though she didn’t remember that because she was so little. 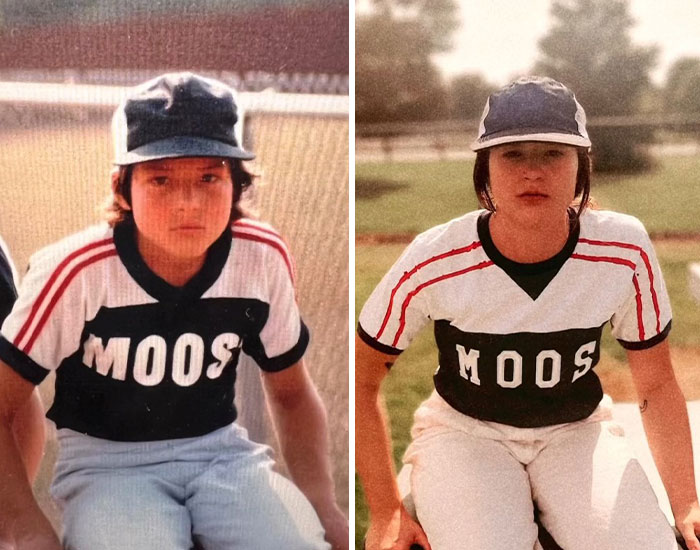 @lakynbowman Happy Father’s Day, Dad! Thanks for the good genes!

It’s quite impressive how children can grow up looking so similar to their parents and even though it’s easily explained by science, it’s mesmerizing nonetheless.

Have you ever looked at your parents’ pictures from their youth and were surprised to discover you now look like them? Do you see the similarities between Lakyn and her dad in these pictures? Let us know in the comments!

The post “Genetics Really Said Copy And Paste”: People Are Amazed At How Similar This Woman Looks To Her Dad In These 5 Recreation Photos first appeared on Bored Panda.