History credits Orville and Wilbur Wright for flying the world’s first aircraft, but it was Yorkshire Baronet Sir George Cayley who first proposed, propounded and published the principles of modern aerodynamics. It was George Cayley, who, more than a century before the Wright Brothers took flight, set forth the concept of the modern airplane as a fixed-wing flying machine as opposed to the comical flapping winged machines that many of his predecessors had imagined. It was George Cayley who proposed separate systems for lift, propulsion, and control, and it was he who first identified the four-vector forces that influence an aircraft: thrust, lift, drag, and weight. He also discovered the importance of cambered wings, the characteristic curved shape that is fundamental to flight. George Cayley was the first true scientific aerial investigator and the ‘father of aviation’, yet many of us have never heard of him. 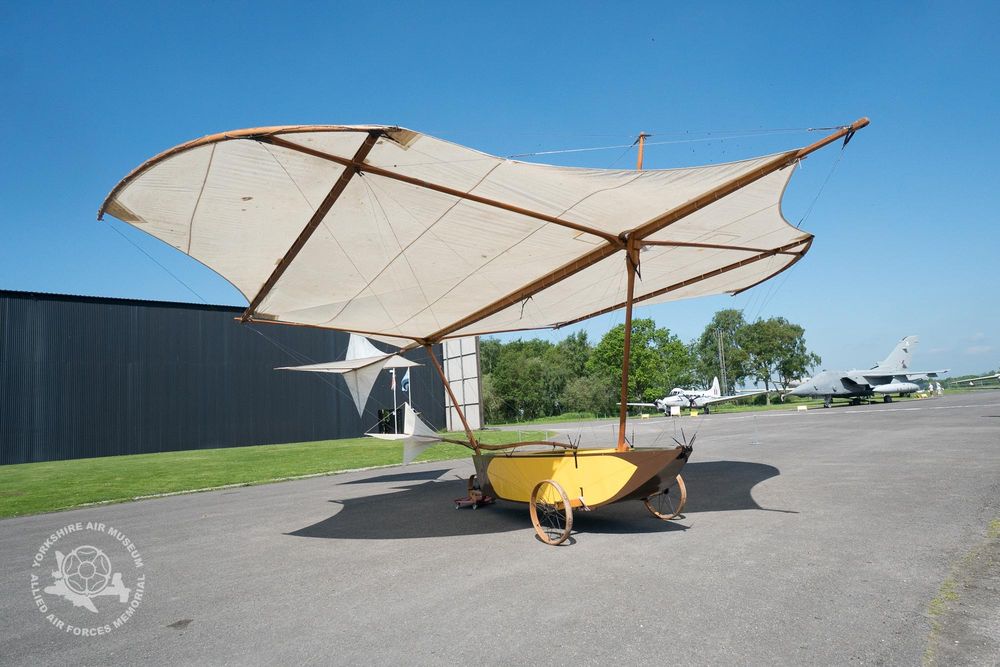 A replica of George Cayley’s flying machine which he flew in 1853. This working model was built in 1973 and flown at the original site in Brompton Dale a for TV show. The glider is currently on display at the Yorkshire Air Museum. Photo: Yorkshire Air Museum