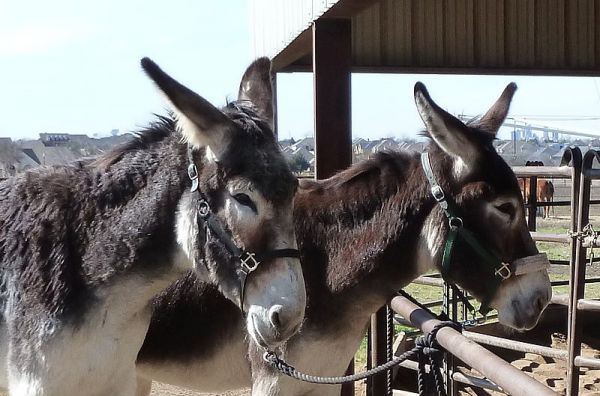 The father of our country excelled in leading an army and in presidenting, but he felt most at home at his farm, Mount Vernon. There he distilled whiskey, managed slaves, and built odd privies. He also experimented with ways to help his new country get started on the right foot, such as breeding mules.

General George Washington, hero of the American Revolution, was world famous in the 1780s, which was exactly the clout he needed to get what he was really after: Spanish ass.

The best donkeys in the world came from Spain, but because of their equine superiority, the Spanish monarchy made them illegal to export without royal exemption, a source of great frustration to Washington. Mules—a cross between a male donkey and a female horse—could do an equivalent amount of work as horses with less food and water, and Washington was convinced they were the future of American farming.

Washington name-dropped, pulled strings, and used other diplomatic methods to procure sires for his American mules. And then there was the problem with getting them to America, and then getting them to mate. Read about Washington and his “Jacks” at Smithsonian.