Each week, The Creators Project seeks out the best and brightest from the comics industry.

Kelly Thompson is the writer of an astonishing four comics currently on shelves: Jem and the Holograms, The Misfits, Mega Princess, and Hawkeye for Marvel. This week, she speaks to The Creators Project about some of her favorite new comics and what she thinks of the industry as a whole. “I buy far more books every week than I can possibly stay on top of,” Thompson explains, “so I am always falling behind. As much as reading comics inspires me and is important to creating great comics, there’s also some truth that if I’m busy reading comics I’m not busy enough writing them. It’s a tough balance!” She’s particularly excited for “the re-publishing of the book Loose Ends #1 by Jason Latour, Chris Brunner, and Rico Renzi… I also bought and read Saga #42, which is remains one of the most amazing books around. The consistency in the storytelling, the emotional investment it’s managed, not to mention the insanely creative world building is second to none. Fiona Staples and Brian K. Vaughan are the ultimate dream team. Wonder Woman #15. I haven’t actually read it yet this week, but it’s top of my pile when I get back to my ‘stack.’”

When asked about the state of current comics, Kelly Thompson says she’s conflicted. “On the one hand I think there are more great, interesting, smart, and innovative books out there than ever before,” says Thompson. “We’ve got an absolute embarrassment of riches, especially on the creator-owned front. On the other hand, apparently you maybe can have too much of a good thing? I think market saturation is making it harder than ever for some of those great books—creator owned and licensed —to be sustainable. The comic market remains a pretty niche industry and X number of people only have X number of dollars to spend and when there’s so much out there, something’s got to give. Which makes it more important than ever to work toward expanding the industry and diversifying. Change is painful but it’s vital in order to have growth.” 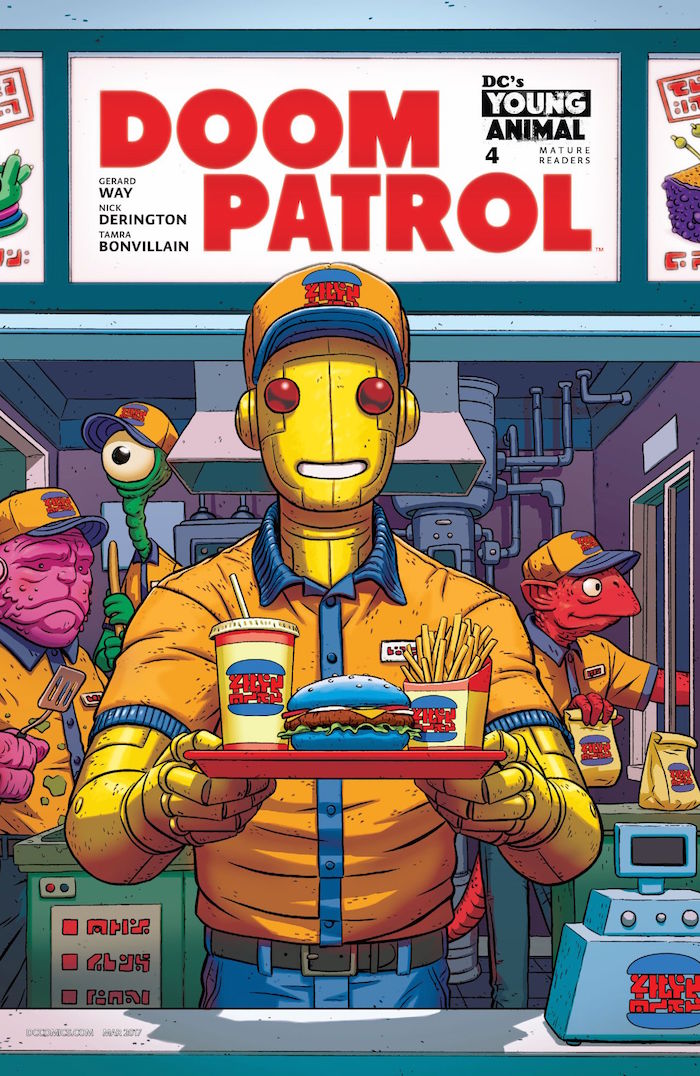 The wonderfully strange comic reboot about misfit heroes on the periphery of the DC Universe returns with issue #4, written by Gerard Way and illustrated by Nick Derington. This issue focuses on an interstellar jailbreak, the surprise loss of a limb, and a convention of negative spirits. Way continues to tell a pleasantly complex story, and Nick Derington’s artwork has reached its apex in this issue. His linework, panel layout and composition, and effortless style (matched with Tamra Bonvillain’s colors) are some of the best in the business right now, and couldn’t have found a better fit than Doom Patrol. As a bonus, this issue features a few extra pages of illustrations by pop culture artist Brandon Bird (of the Jerry Orbach Memorial Art Car fame) entitled “Bane’s Coloring Corner.” The pages feature coloring book-style illustrations of Bane giving life affirming lessons to the reader/colorer. It’s a perfect ending to one of the best comics of the month, and an absolute must-read. 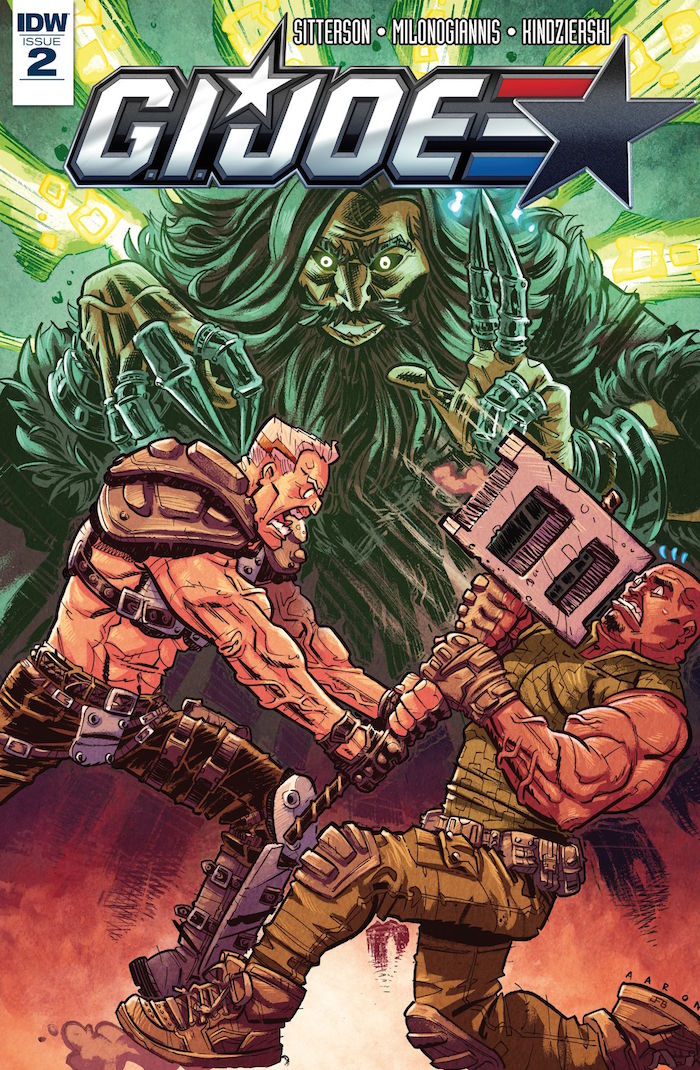 Written by Aubrey Sitterson (who spoke with us about his favorite new comics a few weeks back) and illustrated by Giannis Milonogiannis, the new G.I. Joe series for IDW is pure nostalgia and playfulness. Sitterson writes his Joes with big, bold personalities, and Milonogiannis draws them in a way so action-oriented they may as well have 16 points of articulation. This issue sees the team splitting up between an evil biker gang in Mongolia and a group of anarchists using dangerous symbology in Athens, Greece. There isn’t much angst, and this isn’t a “darker take” on G.I. Joe. Instead, it’s all action, all intrigue, and will absolutely scratch that Saturday morning cartoon itch.

Manga of the Week: Persona Q Shadow of the Labyrinth Side: P4 #23 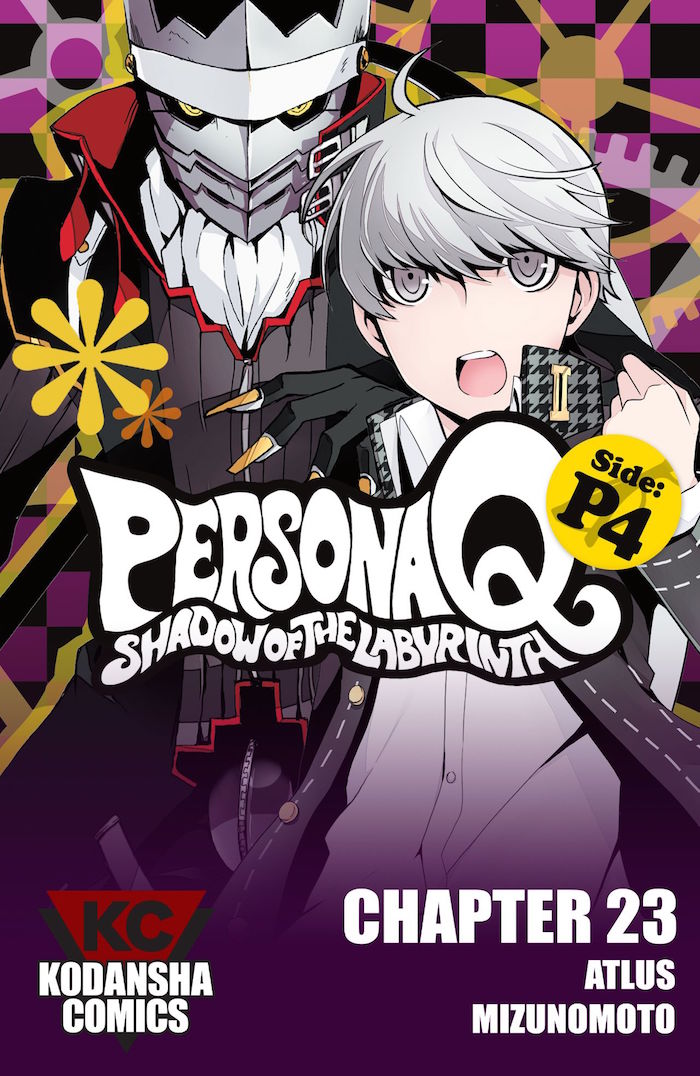 Persona Q Shadow of the Labyrinth Side: P4 #23 is the latest chapter in a manga based on the Persona series of role-playing video games. The story of Persona Q Shadow of the Labyrinth, essentially, follows groups of characters from various Persona games as they’re trapped in a maze full of monsters. This issue sees them battling against a giant clock-monster, and even though the plot could be plenty confusing for the uninitiated, the artwork is perfect for the genre. It’s fast-paced, frenetic, and completely captures a nice video game aesthetic. If the story sounds interesting, readers should go and read back volumes. But if there are readers out there who want to soak in some incredible action illustration, this issue #23 is highly recommended. 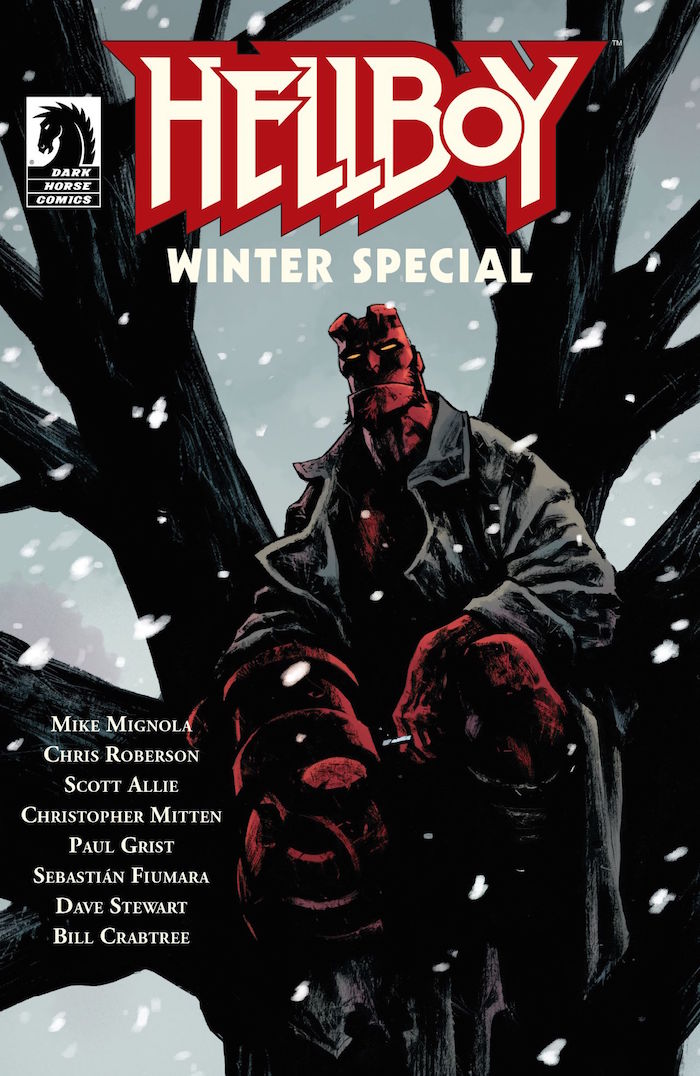 This year’s Hellboy Winter Special features three short tales all set at varying times in the Hellboy universe. The first takes place in 1891 and concerns a freak snowstorm and the odd artifact that may have caused it; the second takes place in the 1960s and features a possessed Santa Claus; and the third is set in 1979 and features a chilling witch story. All three, though short, are perfect little tales, tightly-wound and clicking along like clockwork. The artists for each perfectly match the story and writing style, and the end result is a comic that offers up tons of fan service to die-hards, and is still a blast to read for newcomers. 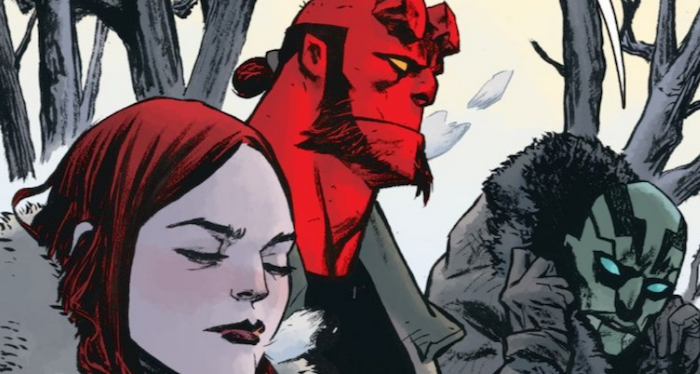 What were your favorite pulls of the week? Let us know in the comments below or on Twitter: @CreatorsProject

Mr. Freeze has No Chill in This Week’s Comic Roundup

The ‘U.S.Avengers’ Are the American Heroes We Deserve