In the latest of our monthly series profiling designers based in the UK and Europe, our editor at large Katie Treggiden talks to North German-based designer Pia Wüstenberg. 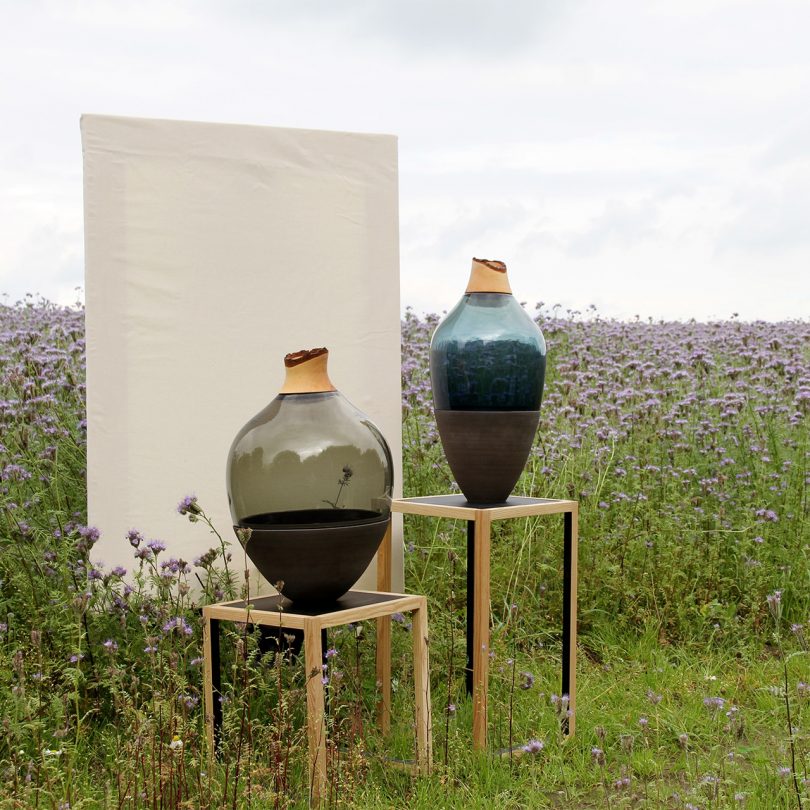 Pia Wüstenberg was born in Germany to a Finnish mother and German father, studied in the UK and has lived and worked in Finland and Germany as an adult. Today, her rural studio in North Germany enables her to draw on all those cultural influences to create nuanced work that is suggestive of all three. 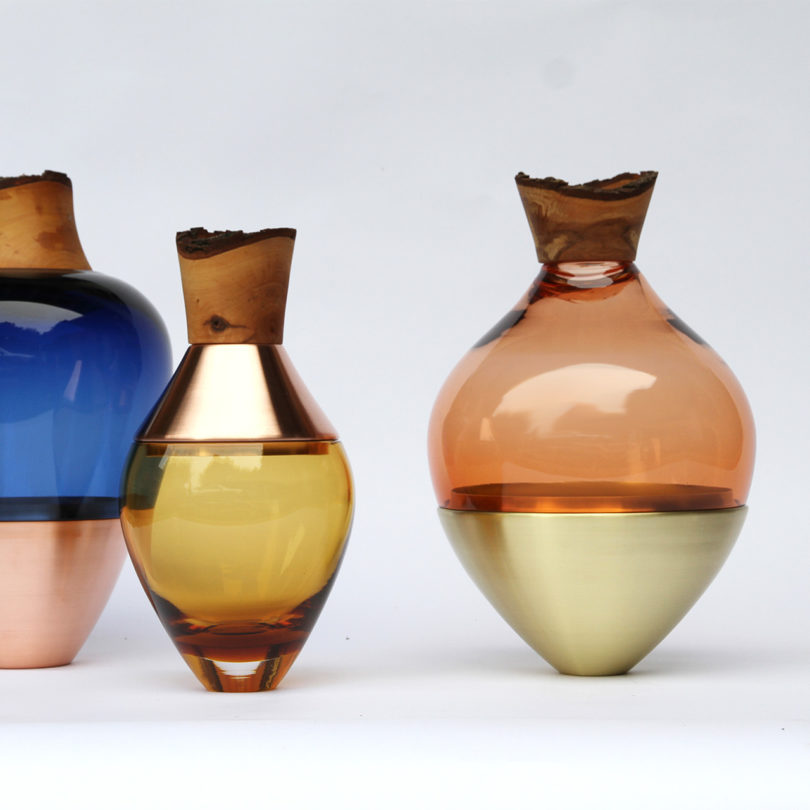 “I grew up in Germany, but my Mum was in love with her home country, and still is today, so we were frequently packed up and carted off to Finland” she says. “My childhood was strongly influenced by a feeling of ‘Heimweh’ [a German word for ‘unaccountable homesickness’] – regardless of where I was, I missed the other home. I grew up acutely aware of the differences between my two cultures – the language, the food, home culture, nature – even the light, which is so different in Scandinavia.” 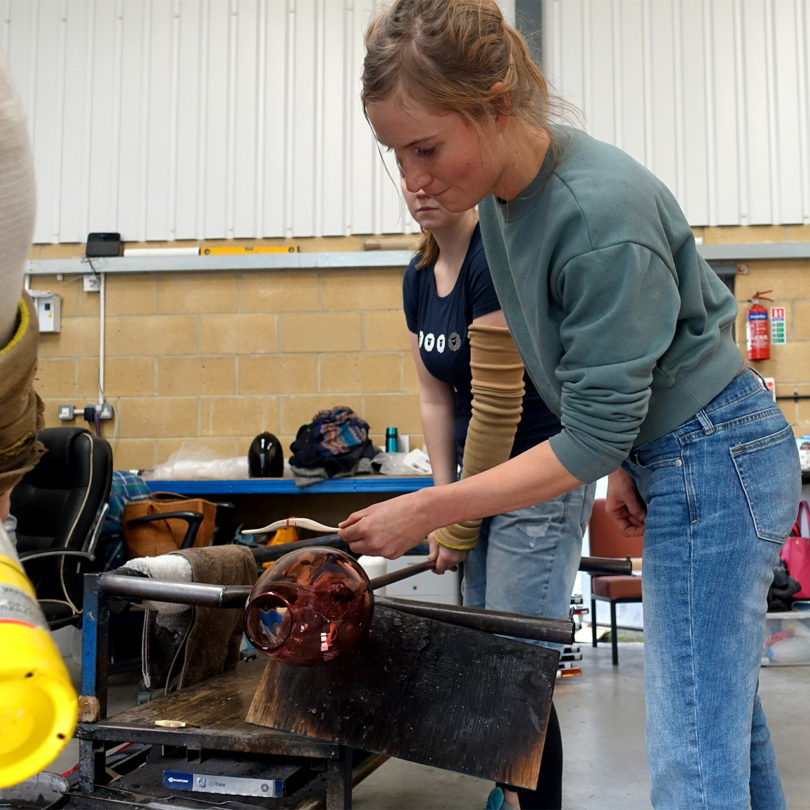 Pia grew up in a creative environment, taught by her grandmother to knit, crochet and sew, working with a carpenter to build furniture for her bedroom, and building raised flower beds in the garden by the age of ten. But with materials too precious to waste, Pia was the sole experimenter in her family. 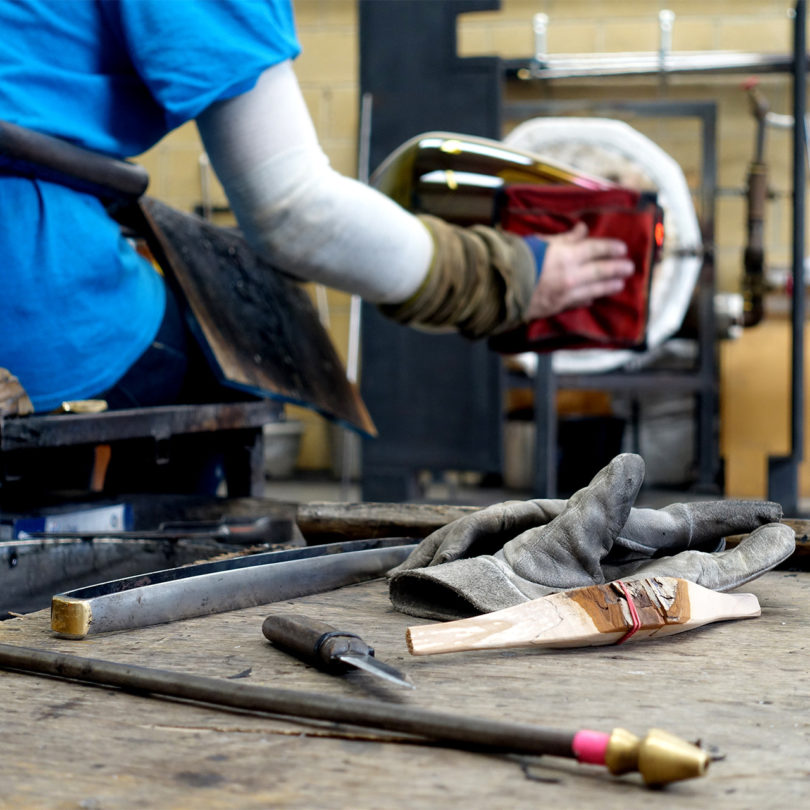 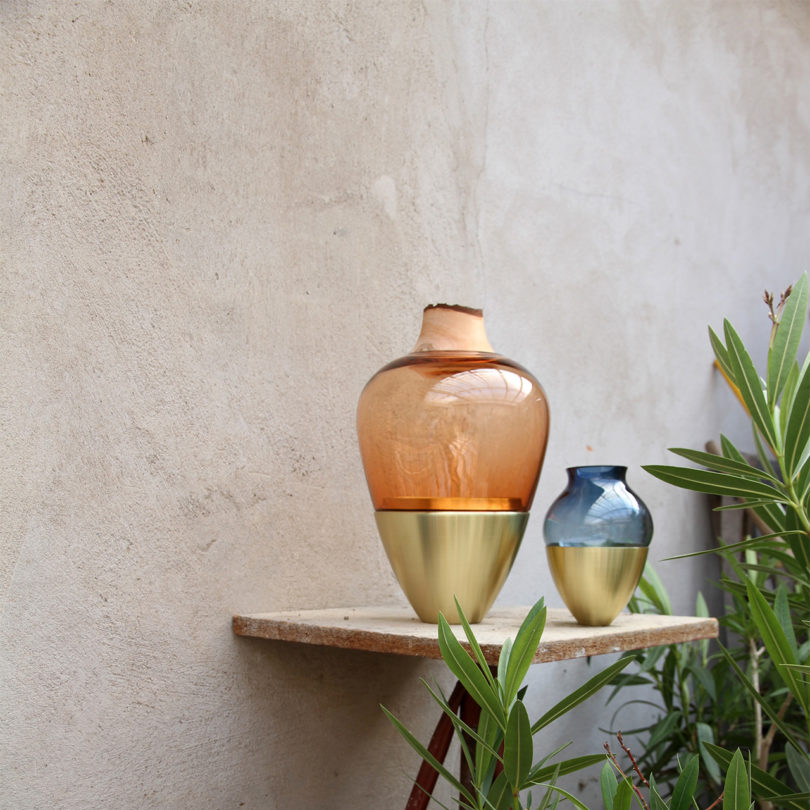 “I definitely freestyle, which was something no one else in my family did,” she says. “With color, pattern… I make everything freely, never following instructions. It’s not a great attribute when trying to get IKEA furniture together, but it’s translated into my work with wood carving, glass and metal today.” 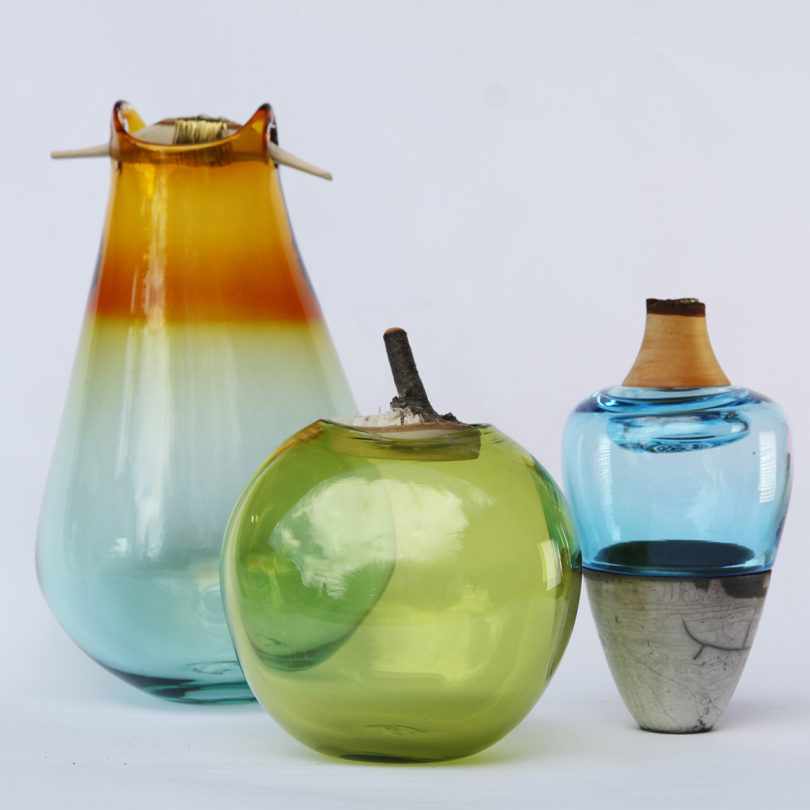 At the age of 15, Pia came to the UK for three months and ended up staying until she was 31 – studying at Frensham Heights School, a ‘creative and free British Institution set up by three ladies,’ Surrey Institute of Art and Design in Farnham, Buckinghamshire Chiltern University and eventually London’s Royal College of Art. 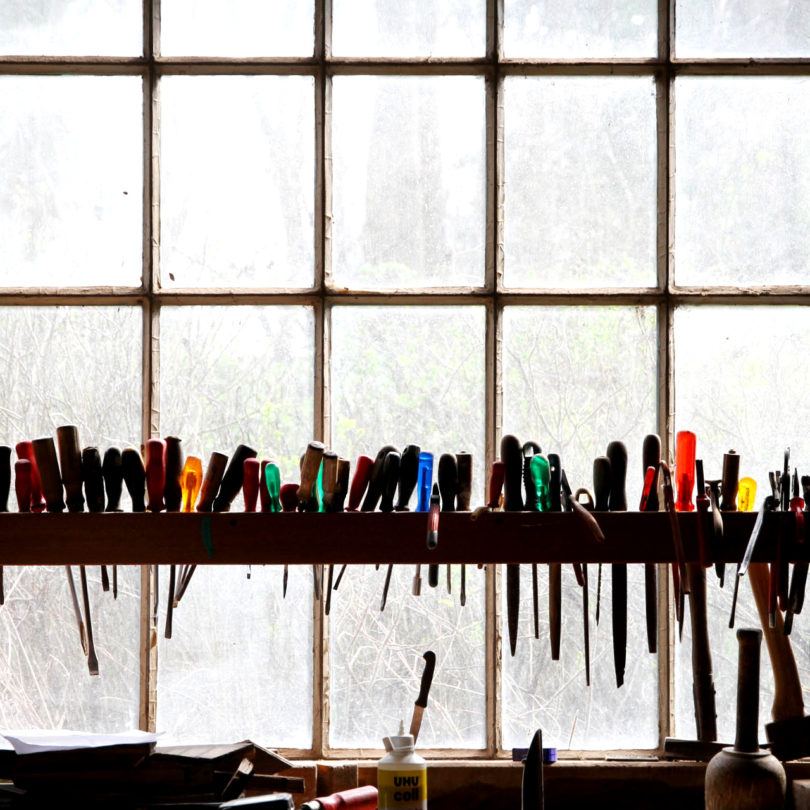 “The RCA transformed what had been a passion into a professional pursuit, opening my eyes to the wider consequences and the outreach of design as well as the broadness of the subject in all senses – from cultural to social and political,” she says. “I really developed my own language as a designer over these two years.” 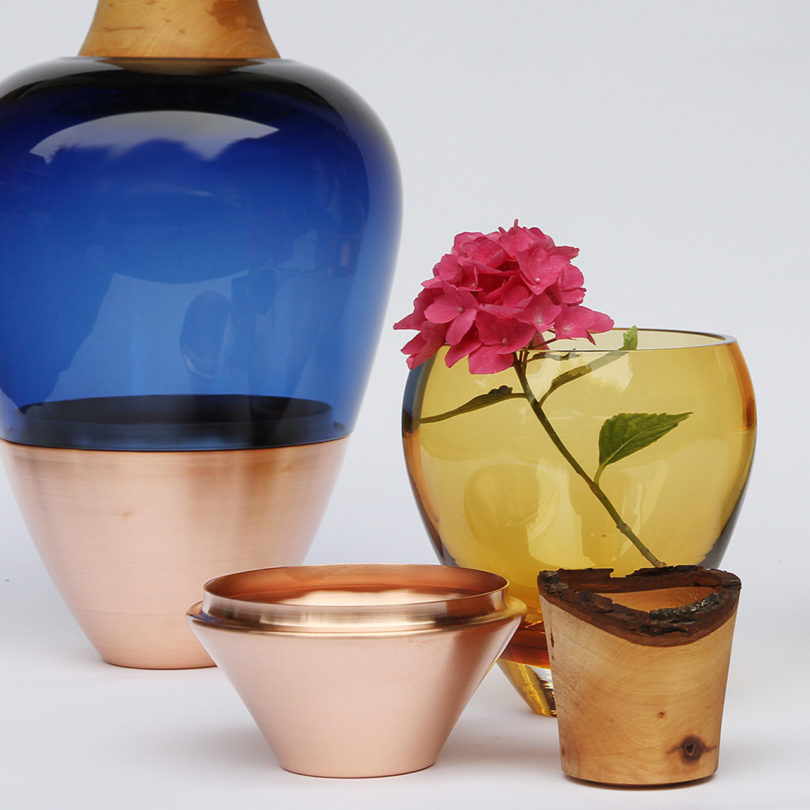 She graduated in 2011 with ‘Product ID’ – a set of five stacking vessels inspired by the idea of creating contemporary rituals that she developed into the Stacking Vessels collection that forms the basis of her design, manufacturing and distribution company Utopia & Utility. She also runs a design studio called Piadesigns. 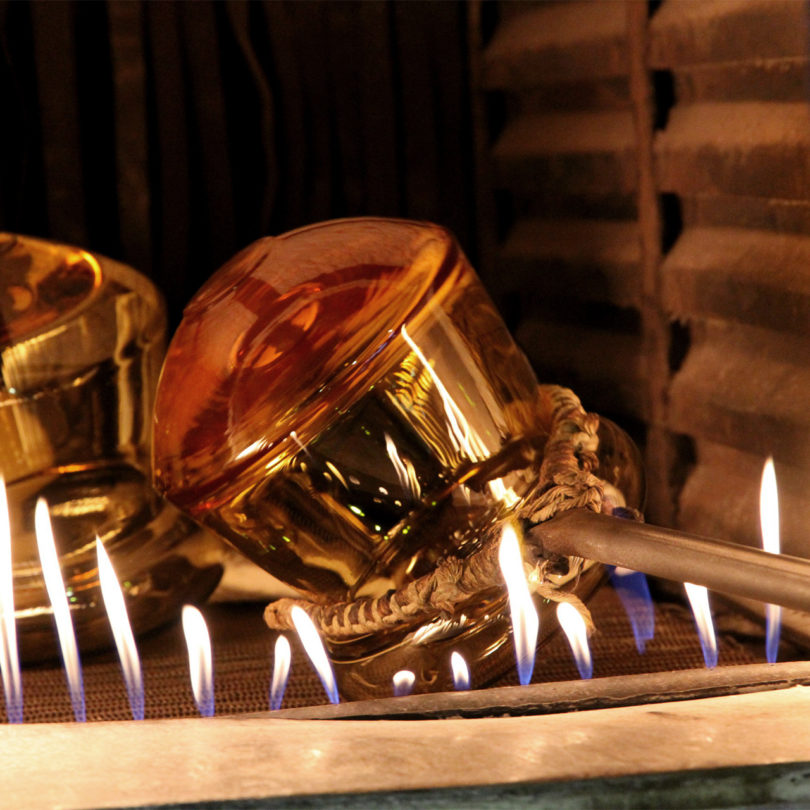 Throughout her career, she has been finding ways to reconcile her different cultural influences in her work. “My work is almost always about contrast,” she says. “Aesthetic contrast in materials, or the paradox of handmade versus industrial, old material in a new way, new material in an old way. The contrast of cultures makes up who I am, and this flows into my work.” 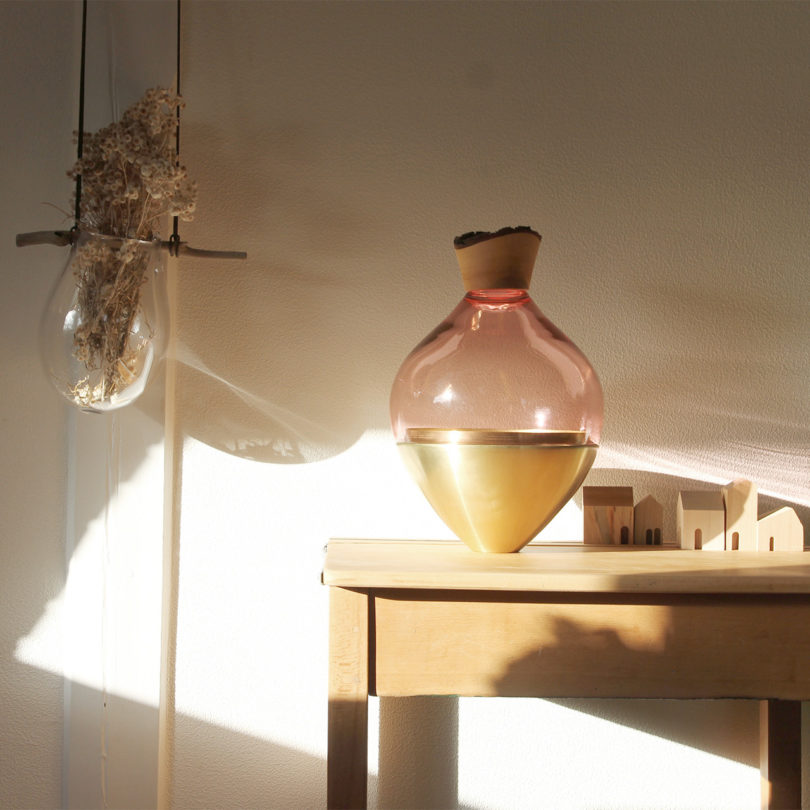 In a similar vein, the mission of Utopia & Utility is to nurture, protect and connect European craft skills. “We work with craftsmen in over ten European countries, and their work is combined into one piece in our warehouse in Germany,” she says. “So, as much as I am influenced by differences, I also seek to consolidate them.” 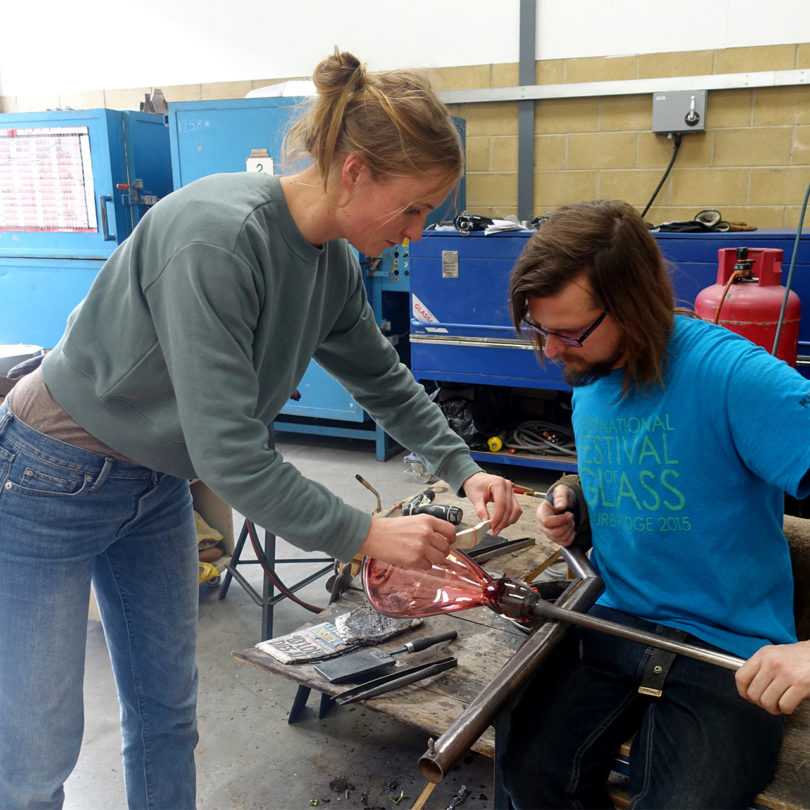 Today, she’s also trying to consolidate those influences in her own life and has moved away from London (where she still has a ‘small base’) to a studio in Northern Germany. 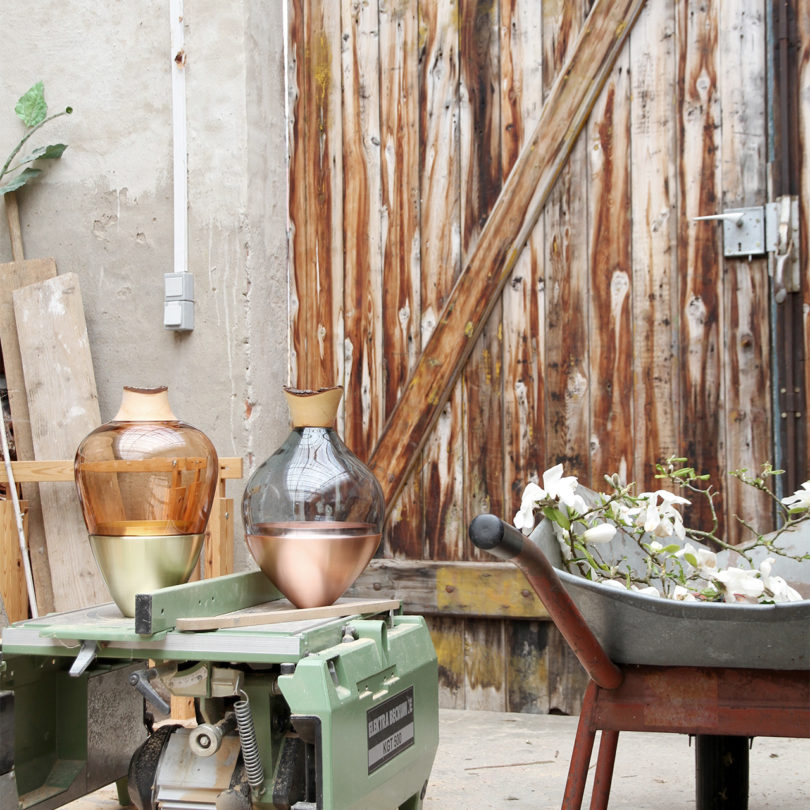 “I am on a journey away from the buzz of a saturated life and heading for solitude and quiet,” she explains. “My next step from here will be even further away, even quieter and even less accessible: a studio in the forest, a place that can sustain my life and enable me to work in isolation. I want a life with more contrast between the solitude and society, and more reflection.” 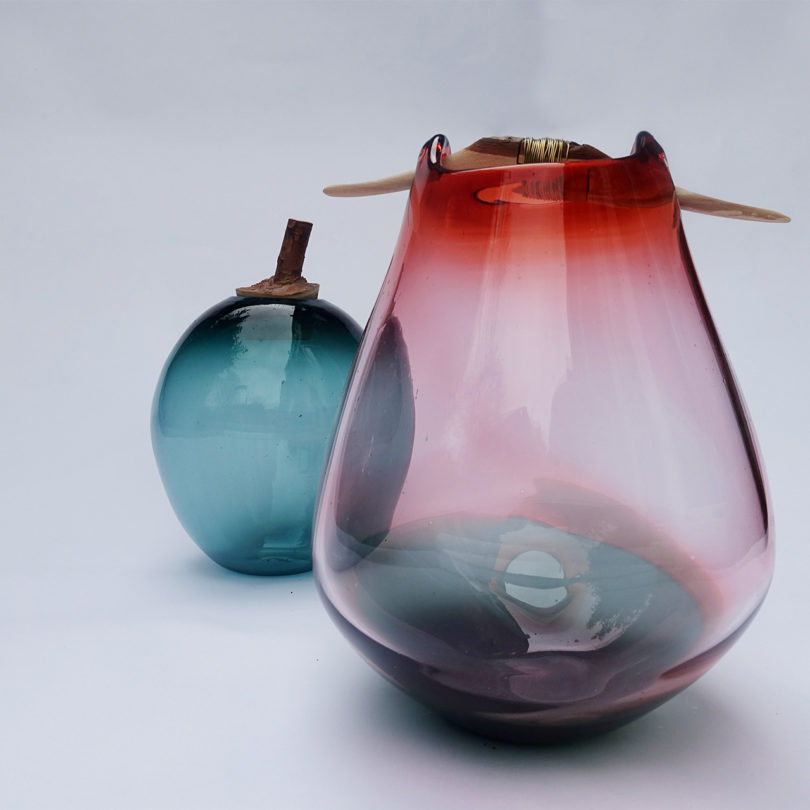 “I want a life where my work and personal life are integrated and not entirely separate. I want my work to reflect this transition and exist both in the old world of strong heritage, culture and tacit skills and this anxiety-provoking era of a fast-paced human superiority we are getting deeper and deeper into.” 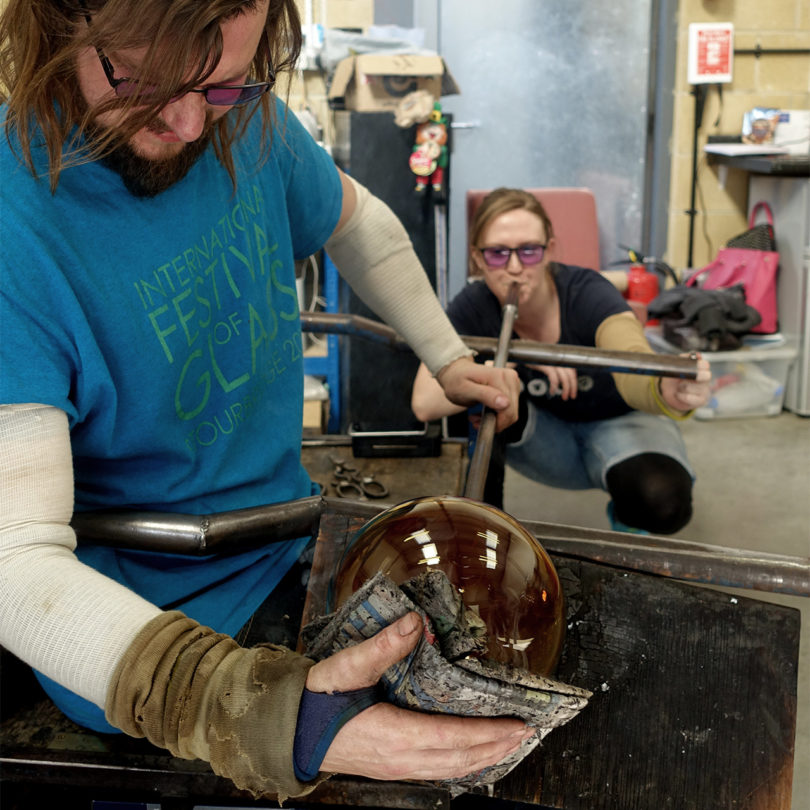 It sounds like a pretty admirable ambition and if her work to date is anything to go by, we can’t wait to see what comes out of this next phase. 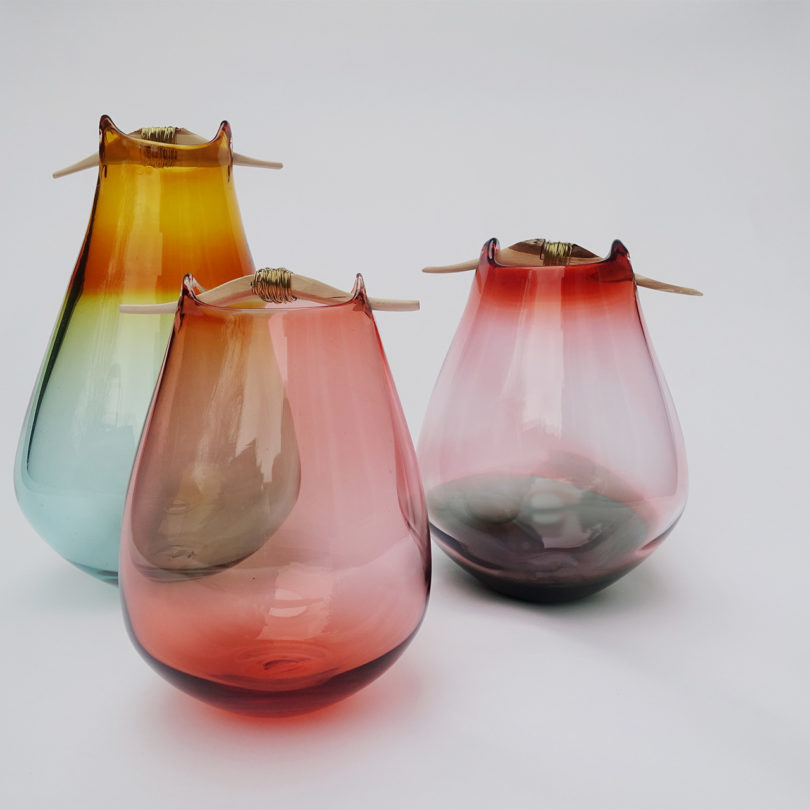 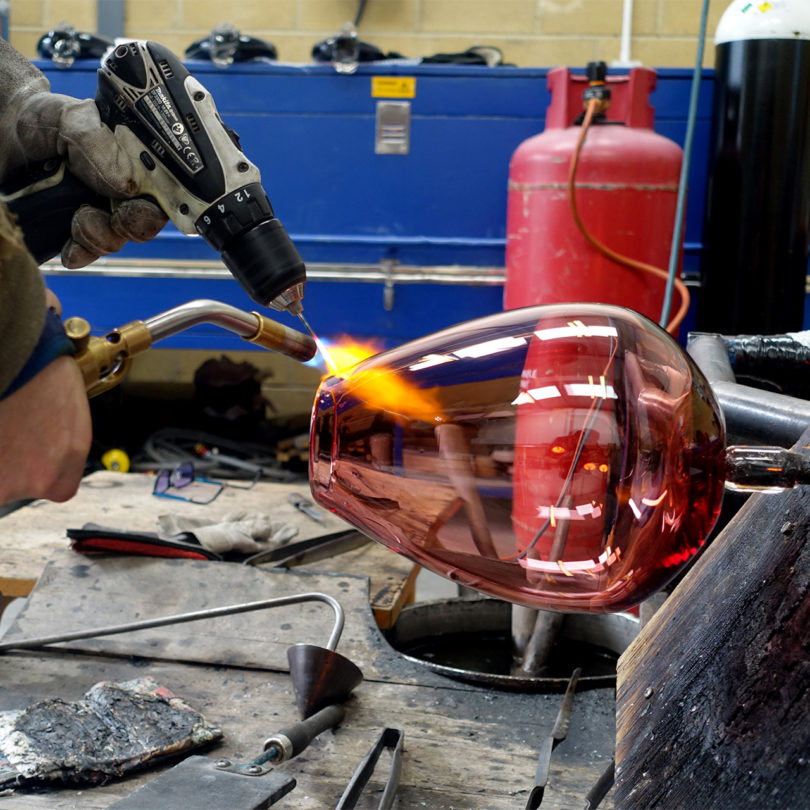 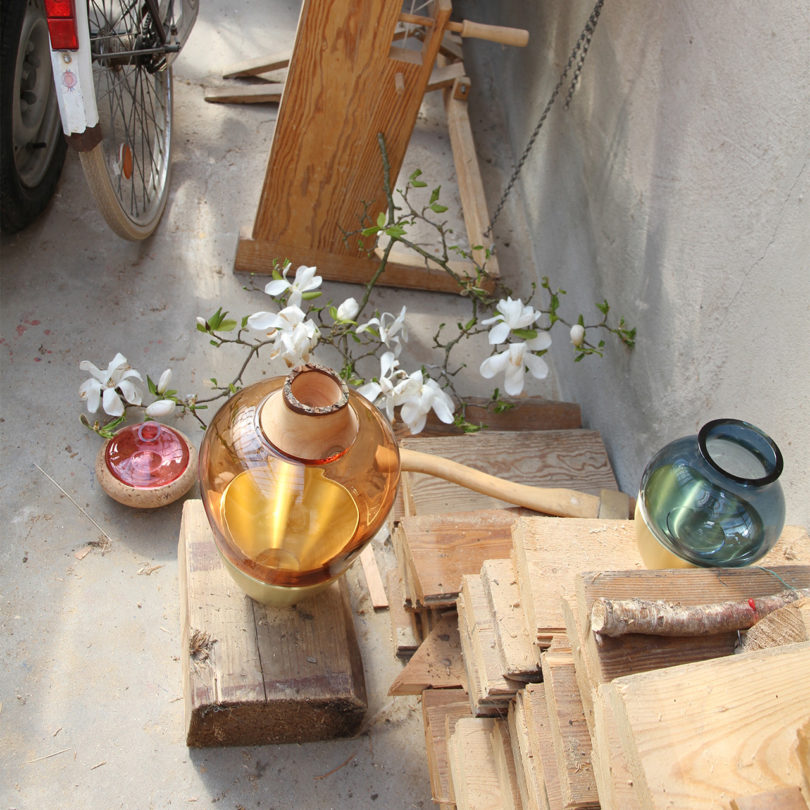 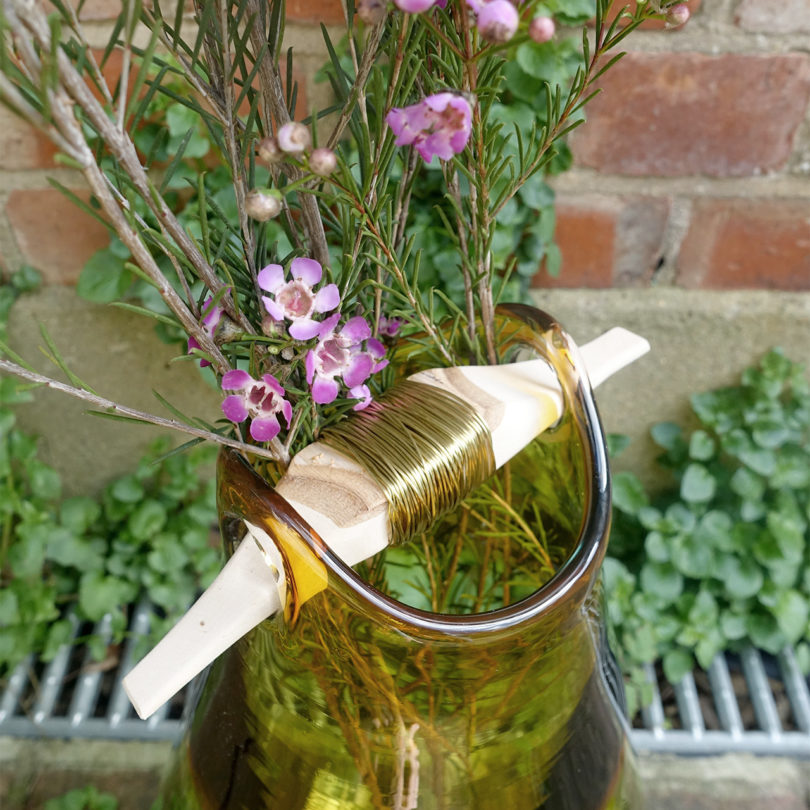