Street artist Li-Hill recently a mural entitled “Gestures of a Square” at Gillett Square, a unique and important public space in the heart of Dalston, East London. Physically, it is a granite open space flanked by jazz bars, cafes, food outlets and a host of other activities. Culturally, the square is the co-presence of people – people from an astonishing range of ages, socio-economic and ethnic backgrounds & beliefs.

The mural was realized by placing paper thus creating a freedom wall prior. Through this process, the many voices of the square became salient – people’s drawings, names, memories, manifestos and statements – were folded into the clothing of the figures. Photos of people during this process, frequenters of the square, became the subjects of the mural. The community involved in the creation of the work became the paramount of the piece. 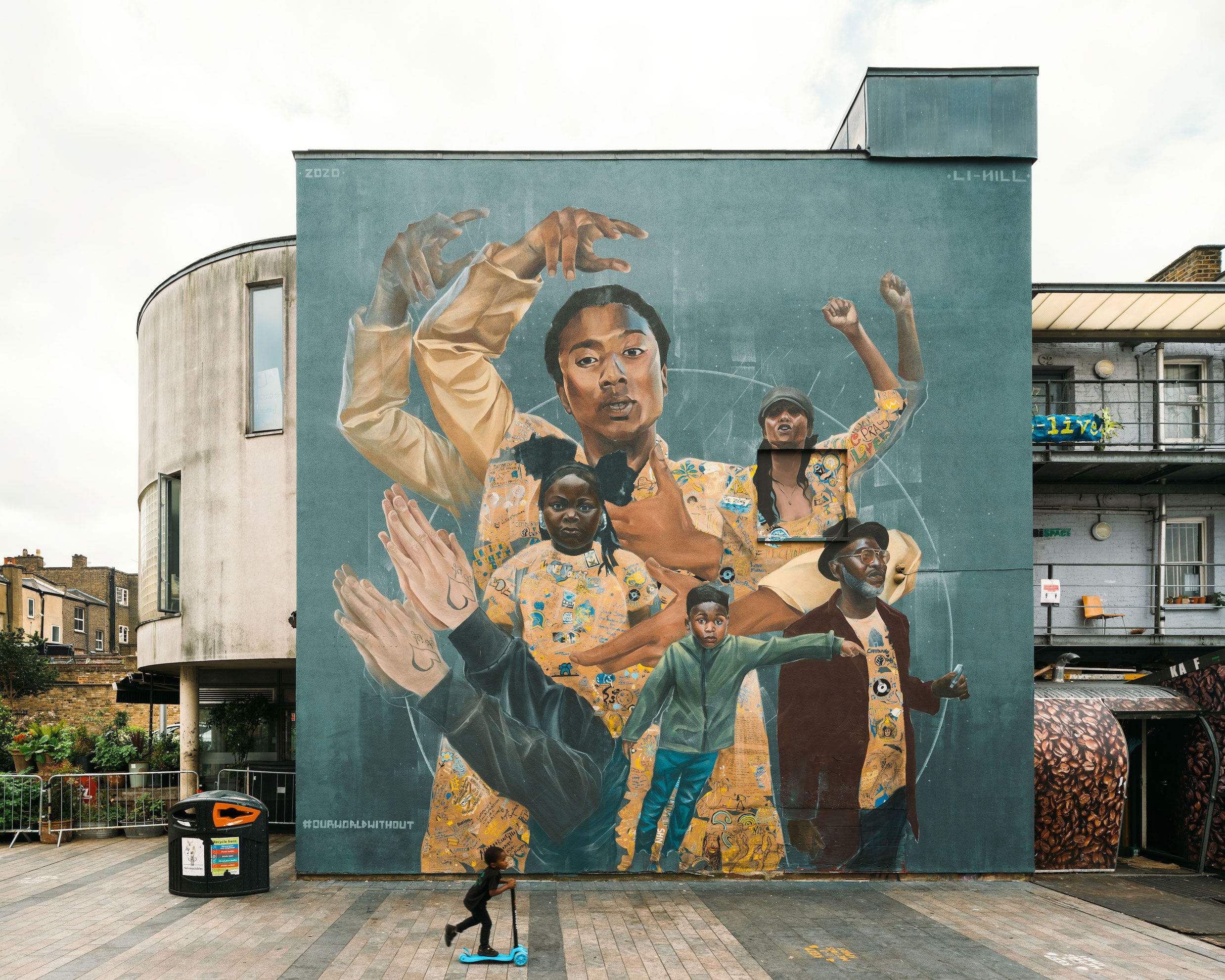 “During these times when the stark inequality of black, brown and many other peoples is being voiced, having a wall of all non-white faces became a political statement which sparked cogent conversations. In Representation: Cultural Representations and Signifying Practices, Stuart Hall explains how “representation is the production of meaning through language”. If there is a lack of representation, meaning and power is derived from this vacuum. What are the power structures inherent in the visual dynamic of representation in London, more specifically in Dalston and more broadly in the street art movement?” the artist said.

Aaron Li-Hill is a Canadian visual artist currently based out of Brooklyn, who employs painting, illustration, stenciling, and sculptural elements within his works.  He incorporates found objects and unconventional materials to structure complex multi-layered pieces that are as aesthetic as they are thought provoking.

Check out below to see more images of the mural. 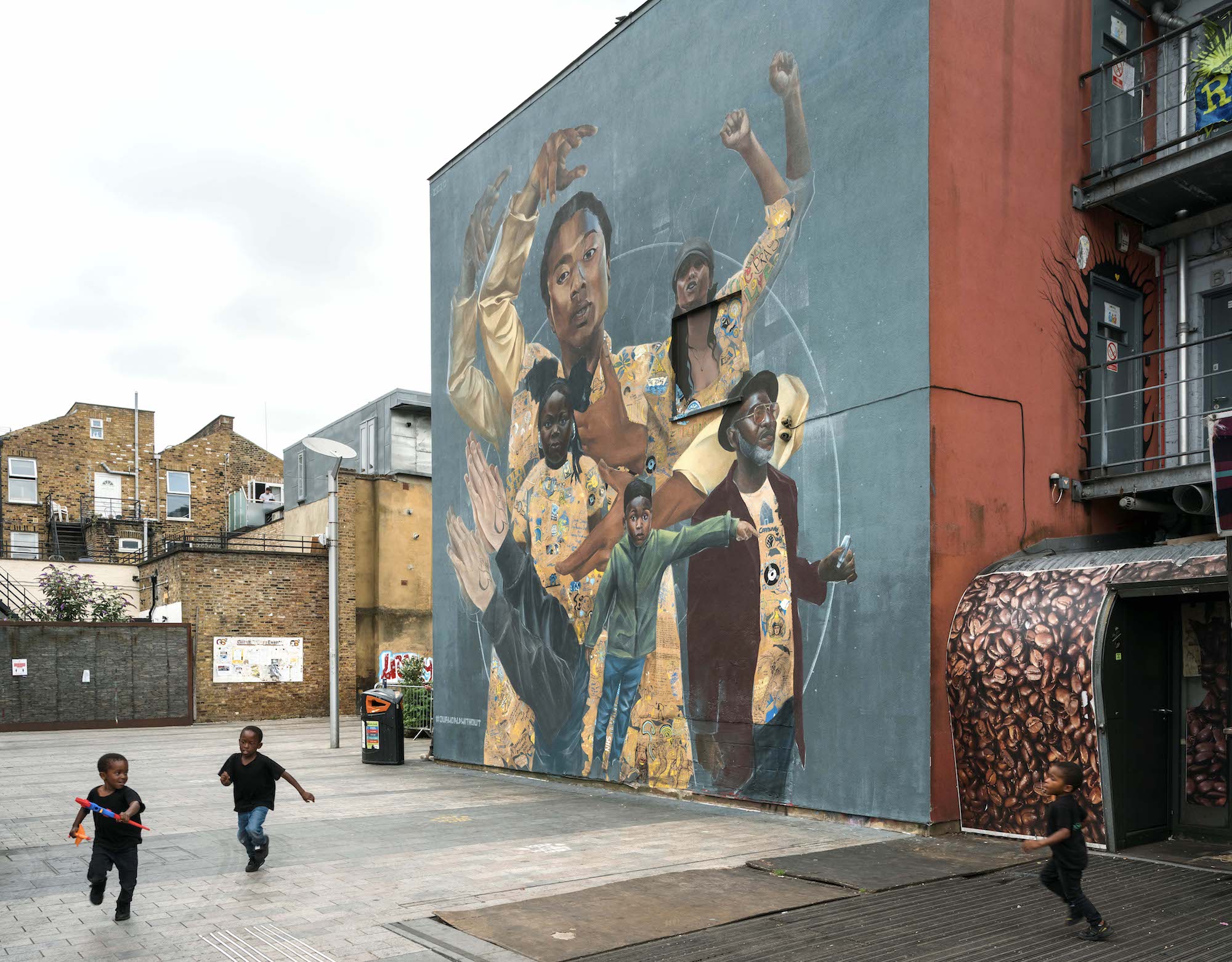 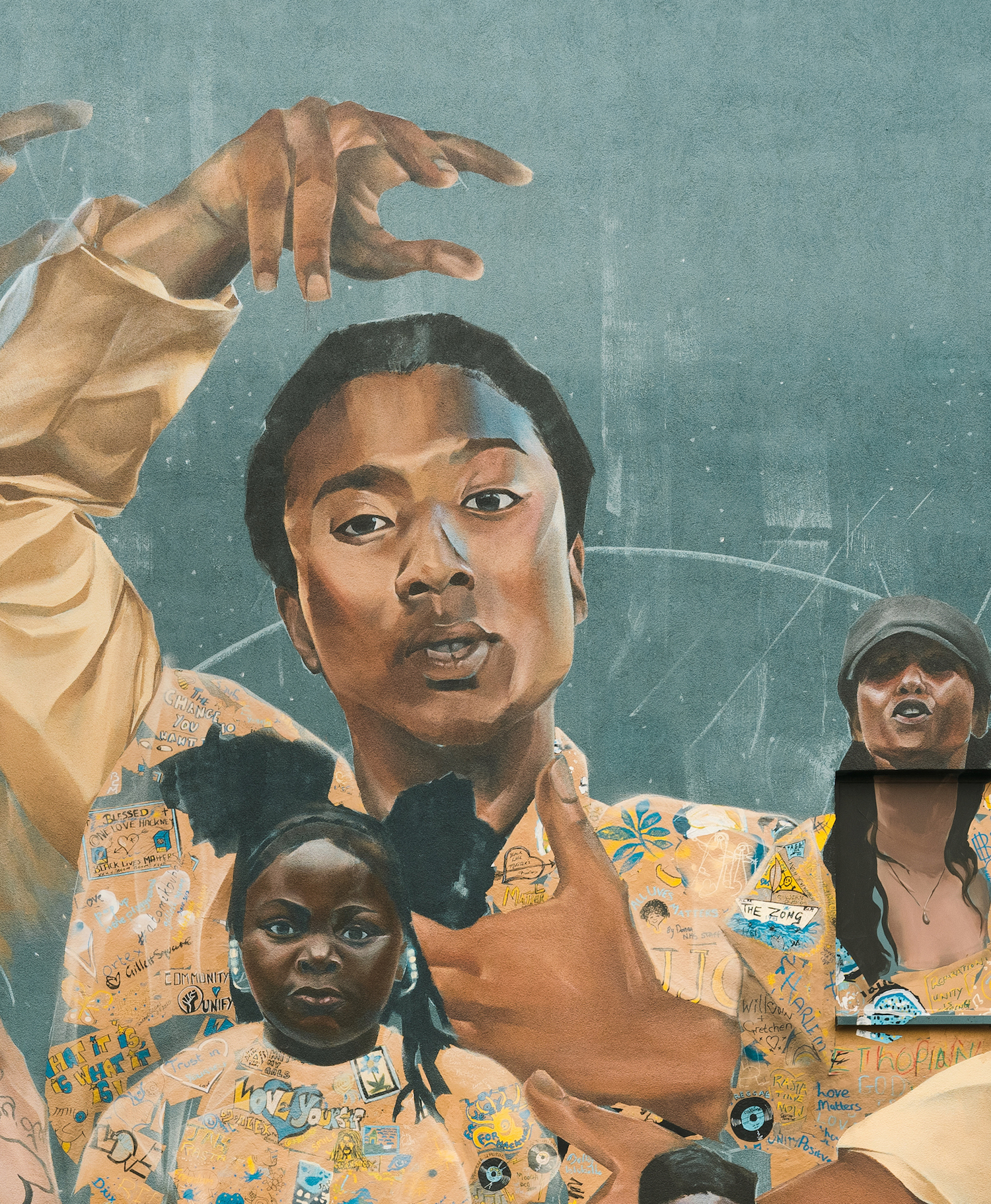 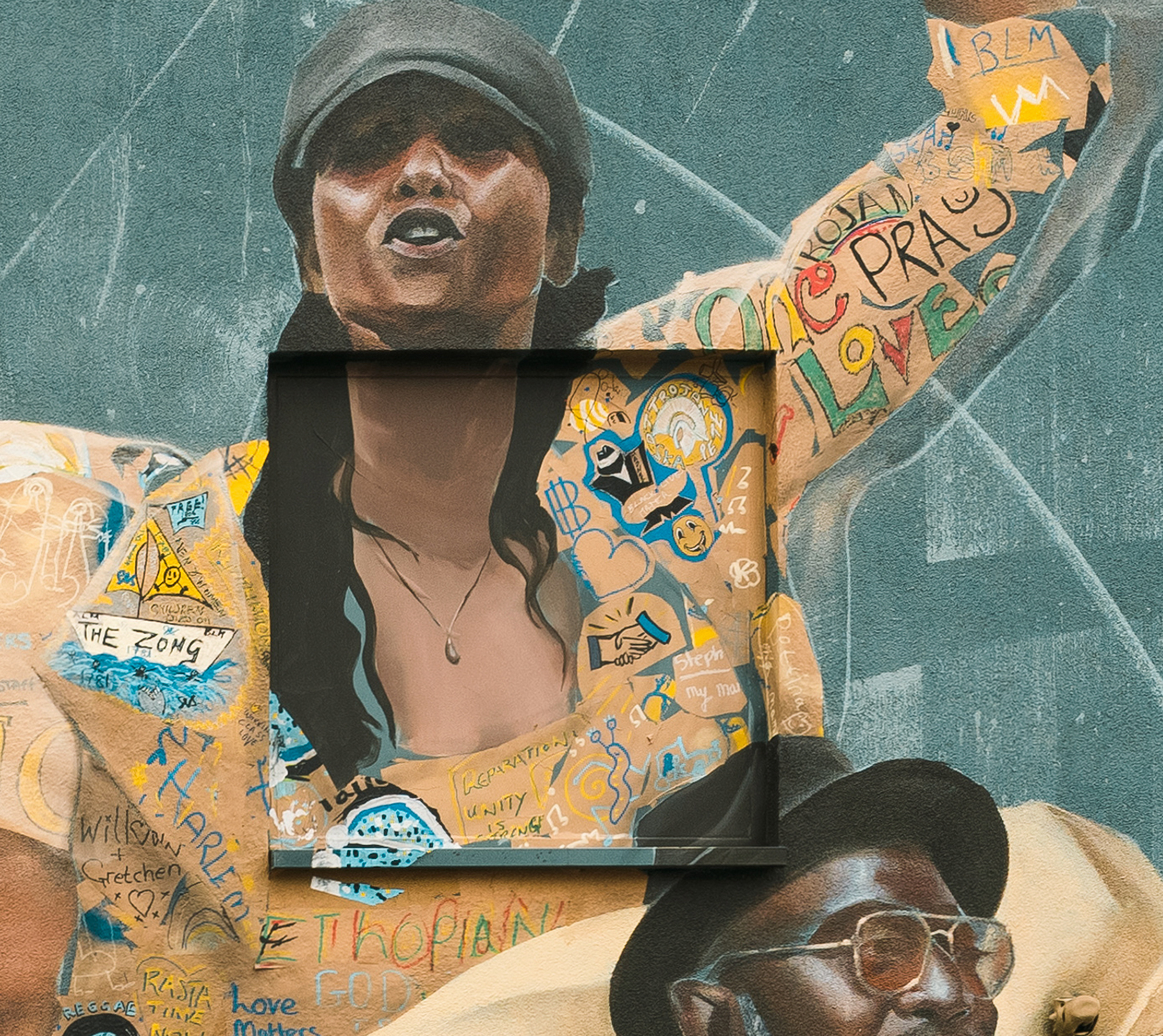 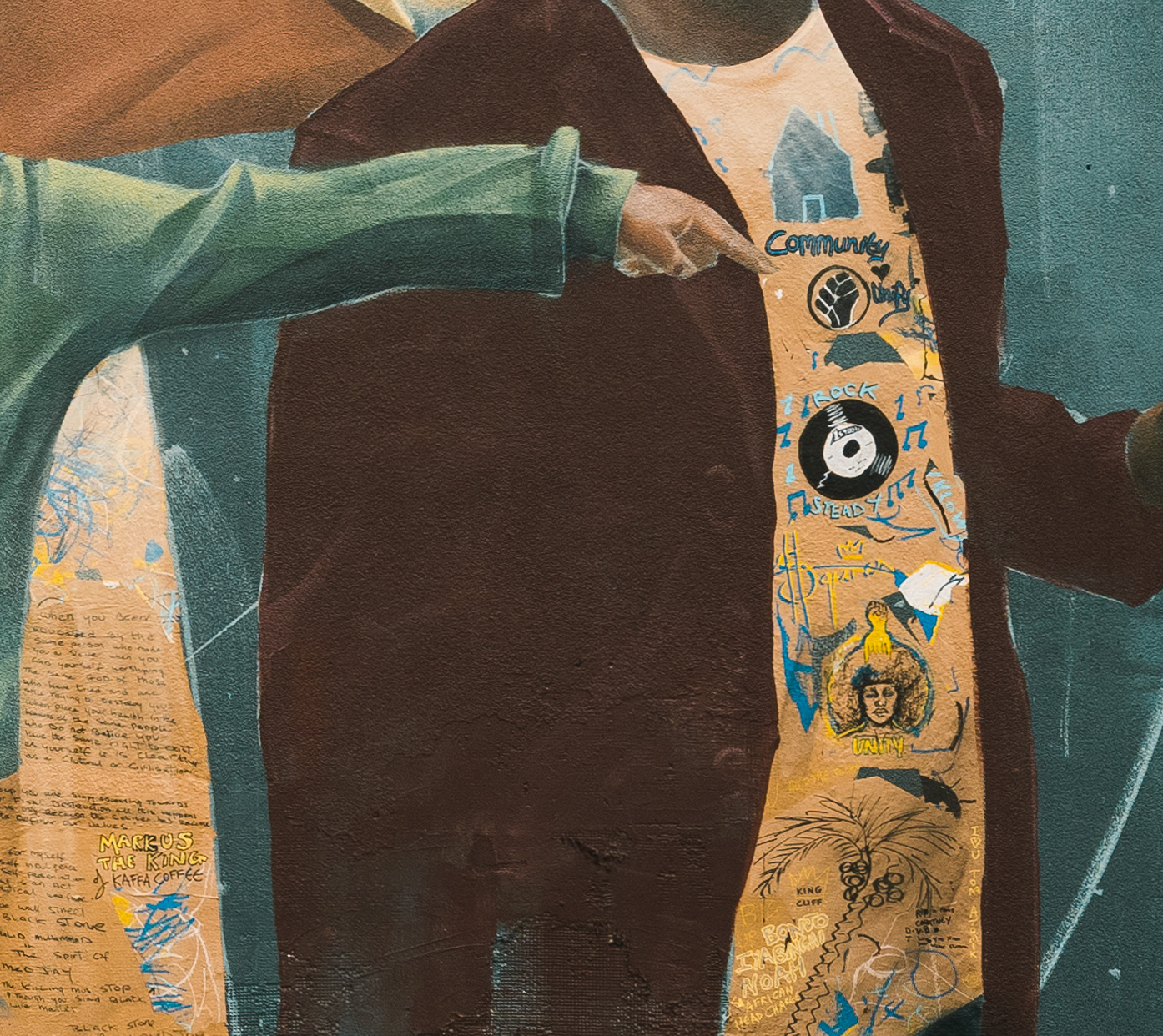 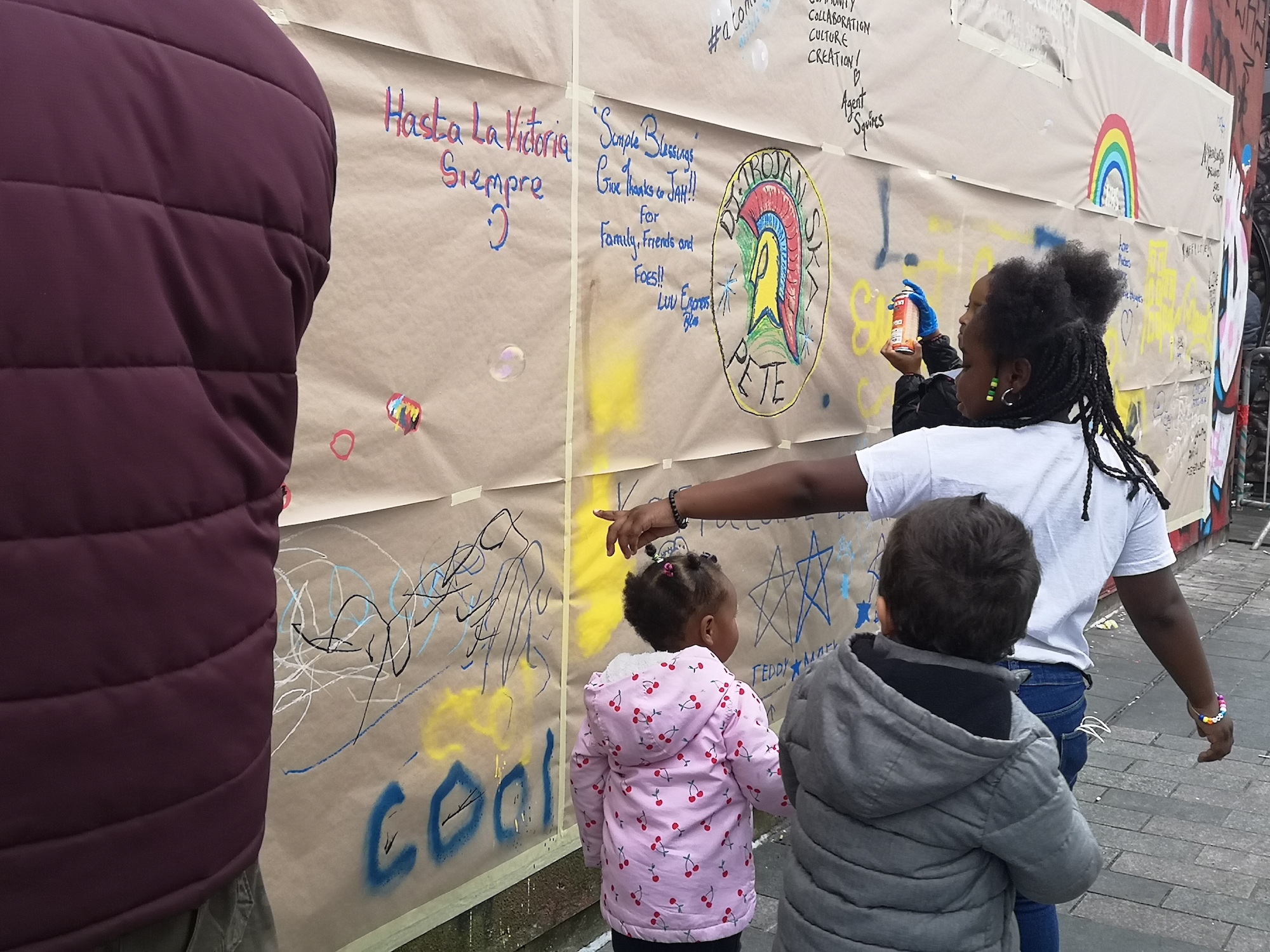 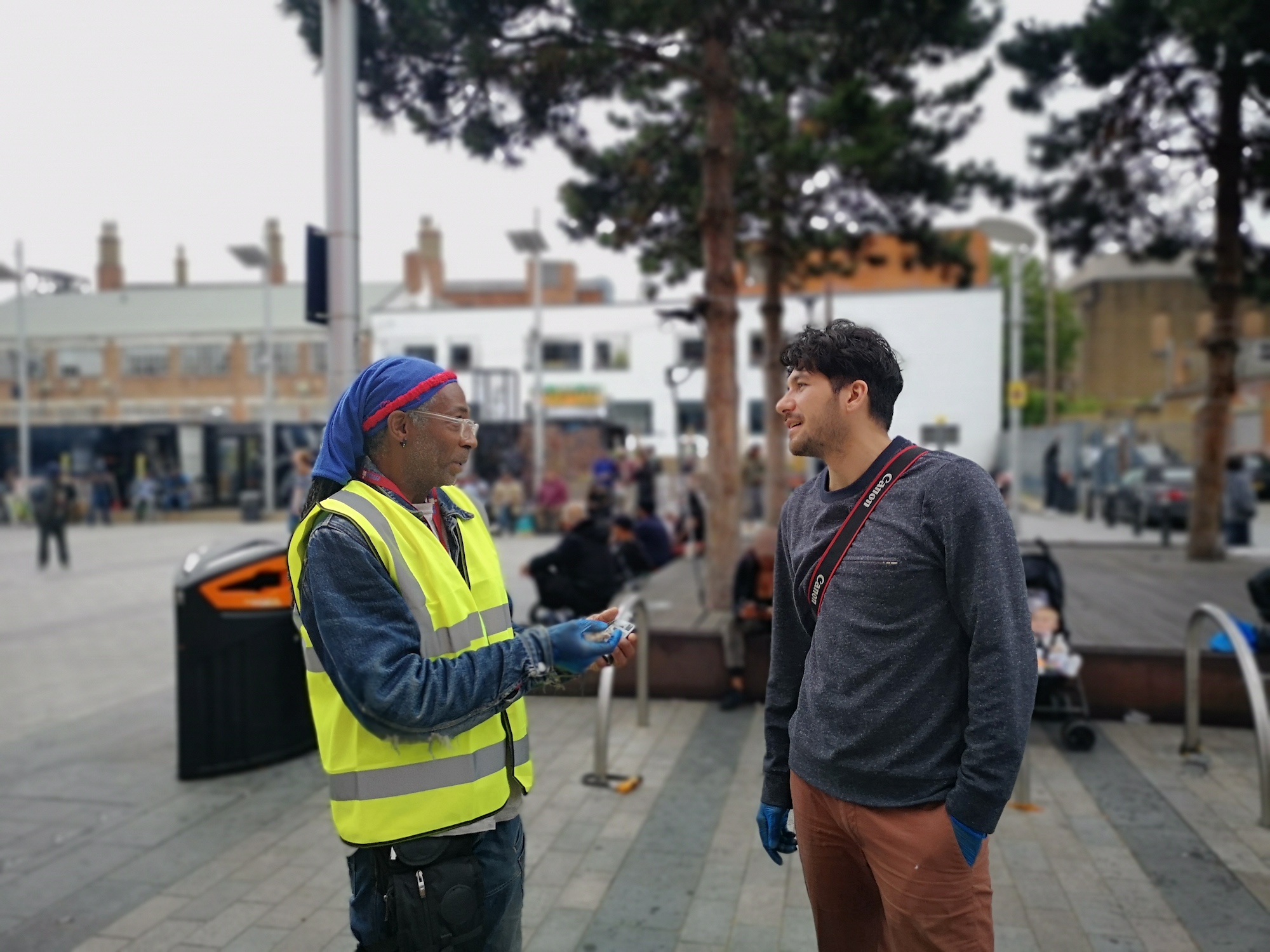 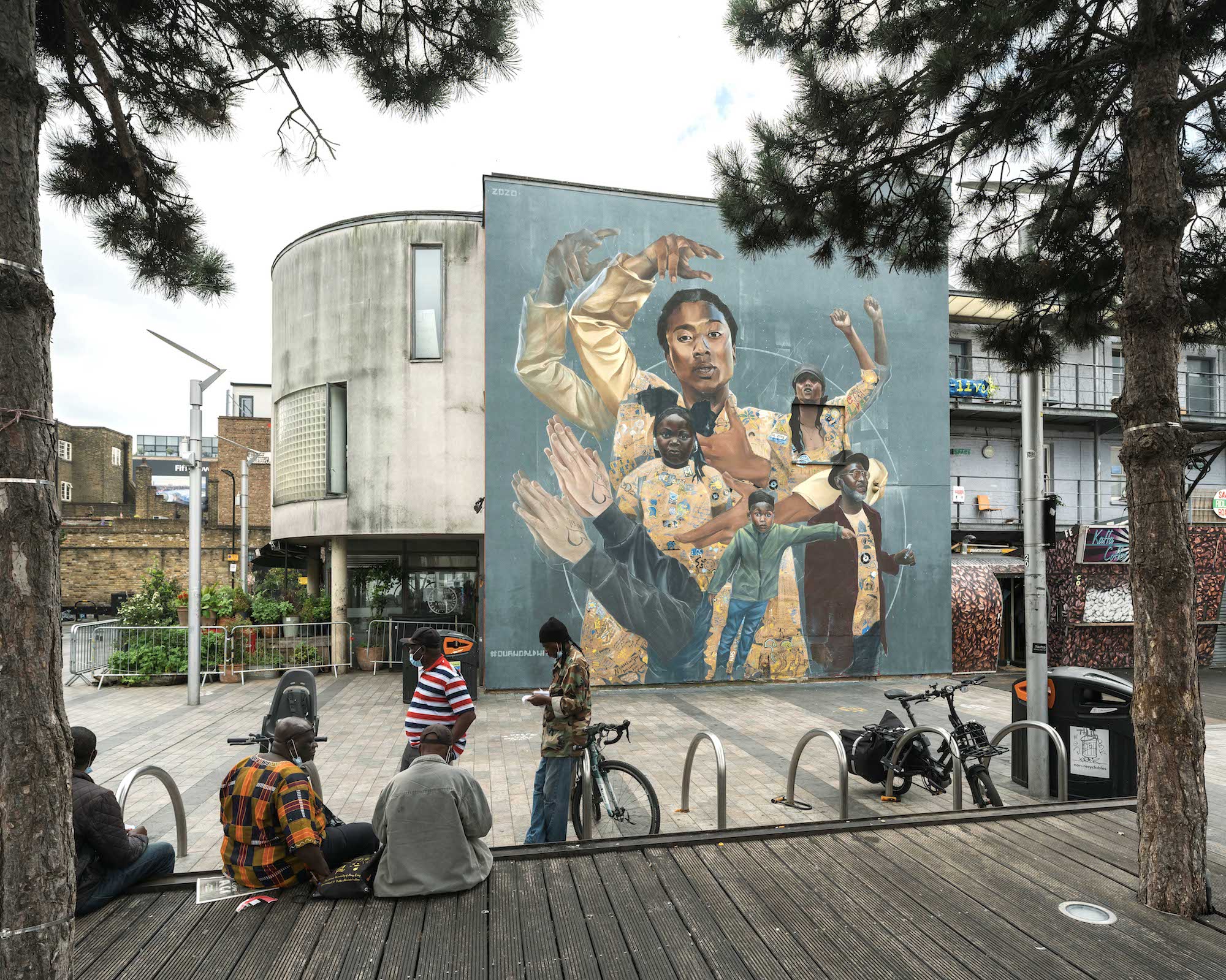 The post “Gestures of a Square” by Li-Hill in Dalston, East London appeared first on StreetArtNews.