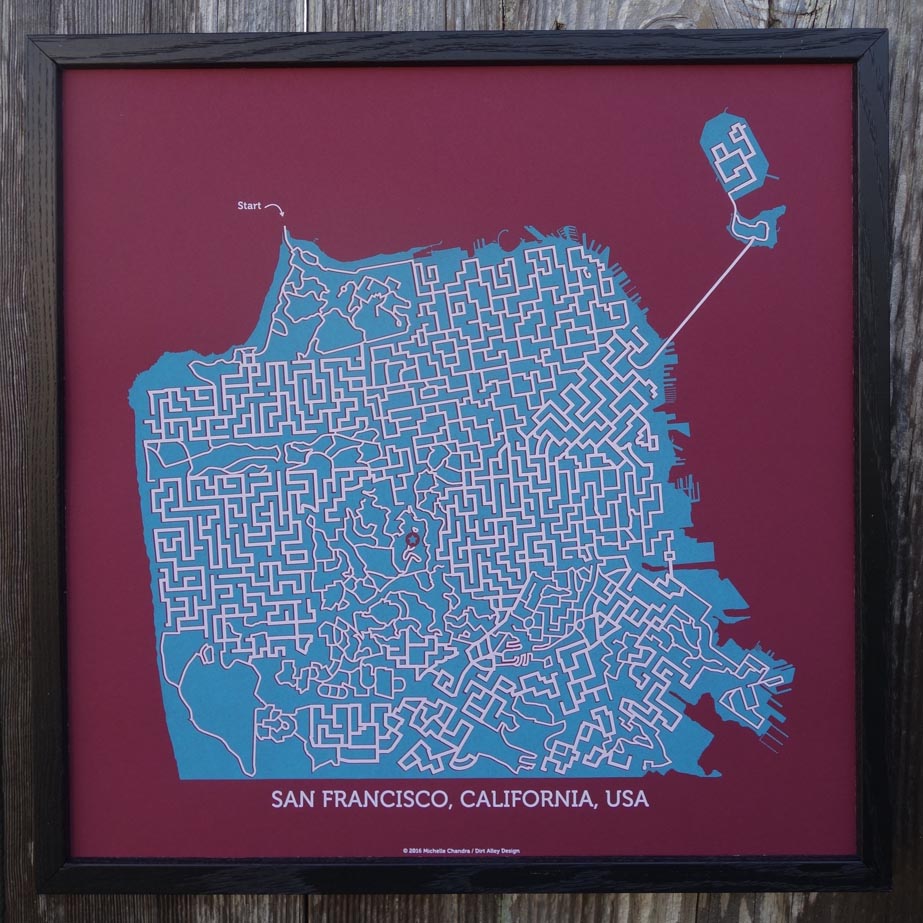 Images courtesy of the artist

In the age of Google Maps and built-in GPS, the value of getting lost has been mostly forgotten. But sometimes, getting lost in a city means seeing the place in a new way, discovering a new neighborhood, or getting to know your home better. Becoming immersed in a place is a magical experience, and this is part of the inspiration for Michelle Chandra’s map art prints, which depict different cities as mazes, and emphasize both the geometrical beauty of a city’s layout and the winding and unknowable paths every city contains. These are maps you can get lost just looking at them. 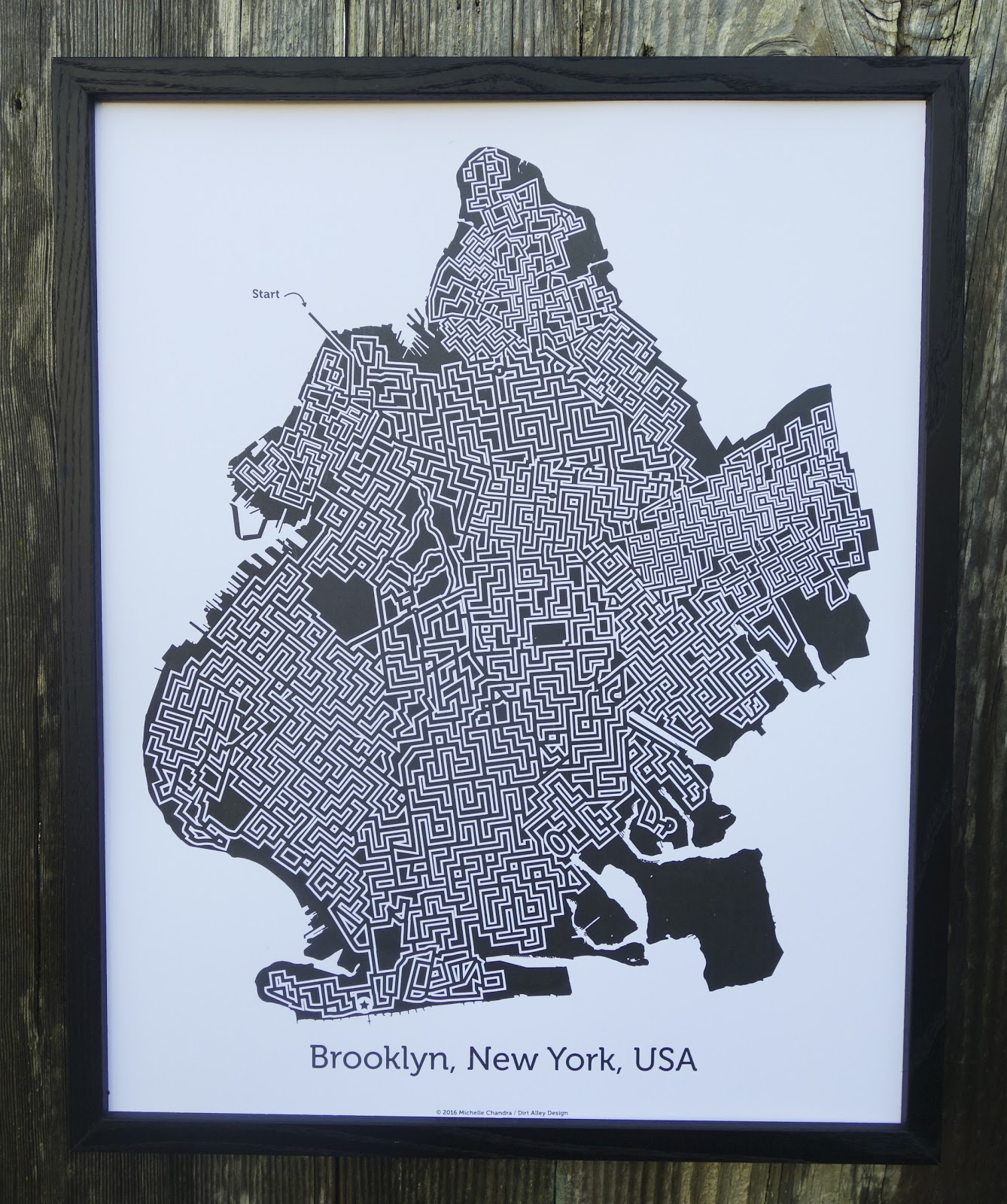 To start each map, Chandra downloads the city street centerline data, which is available publicly, and shows the underlying street grid of a particular city. For artists who are interested in maps, she even explains how this works on her website. Next, Chandra reshapes the grid, changing certain intersections or roads, in order to create a winding maze. So far, she has created city maps of Brooklyn and San Francisco, her hometown, and is currently working on Barcelona and Oakland prints as well, which she plans to release later this month. “I visited Spain last year,” Chandra tells the Creators Project, “and I found the city’s layout to be striking, especially its wide avenues and square blocks.” In the future, Chandra hopes to create mazes of cities whose grids tell a particular story: “Salt Lake City’s street grid tells you exactly where you are in relation to Temple Square, which is a holy site for Mormons.” She’s even considering mapping out an entire metropolitan area—like the Bay Area, for instance.

The Brooklyn map takes the explorer from the Brooklyn Bridge into Coney Island, while the San Francisco map begins at the Golden Gate Bridge and brings the puzzle-solver through the city’s streets without the trouble of climbing the city’s notorious hills. 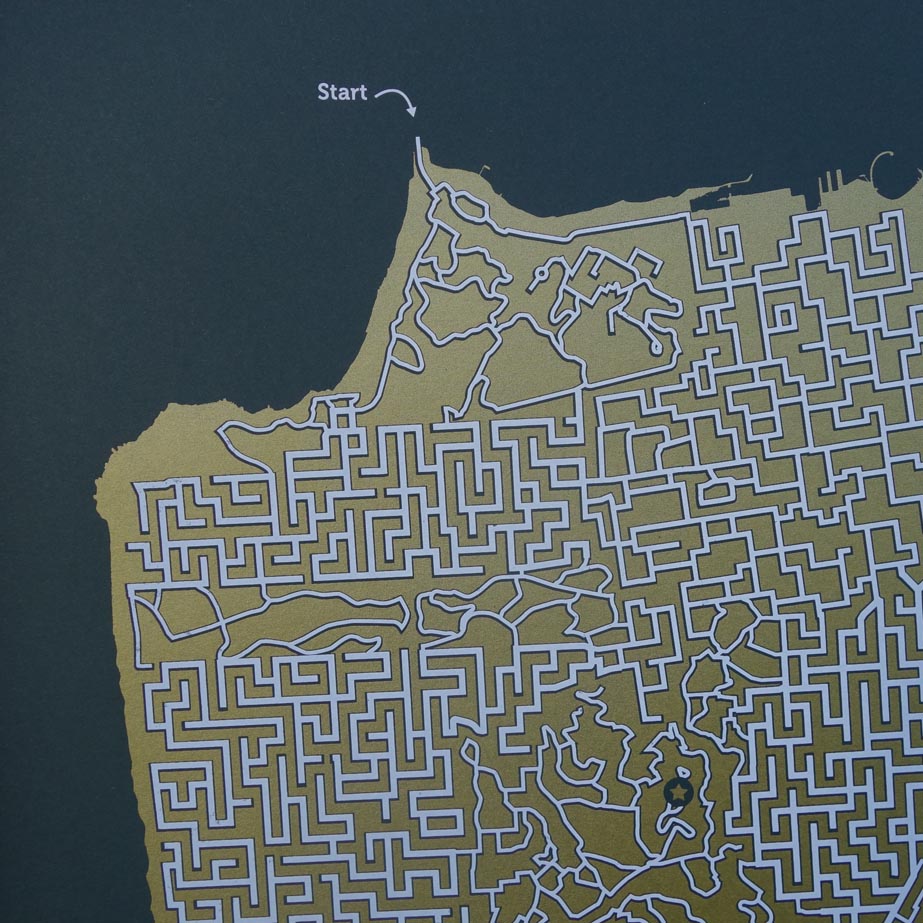 Though Chandra has many projects, like her Instagram-based sunrise tracking project, these maps have become their own business, named Dirt Alley Design in honor San Francisco’s streets. Each print sells for $30 online and is available in different colors. While they’re lovely to look at, they are first and foremost mazes and are meant to be experimented with and drawn on. Exploring the physical print of the maze is, just like exploring a city, a unique, sometimes frustrating, but ultimately captivating pastime. 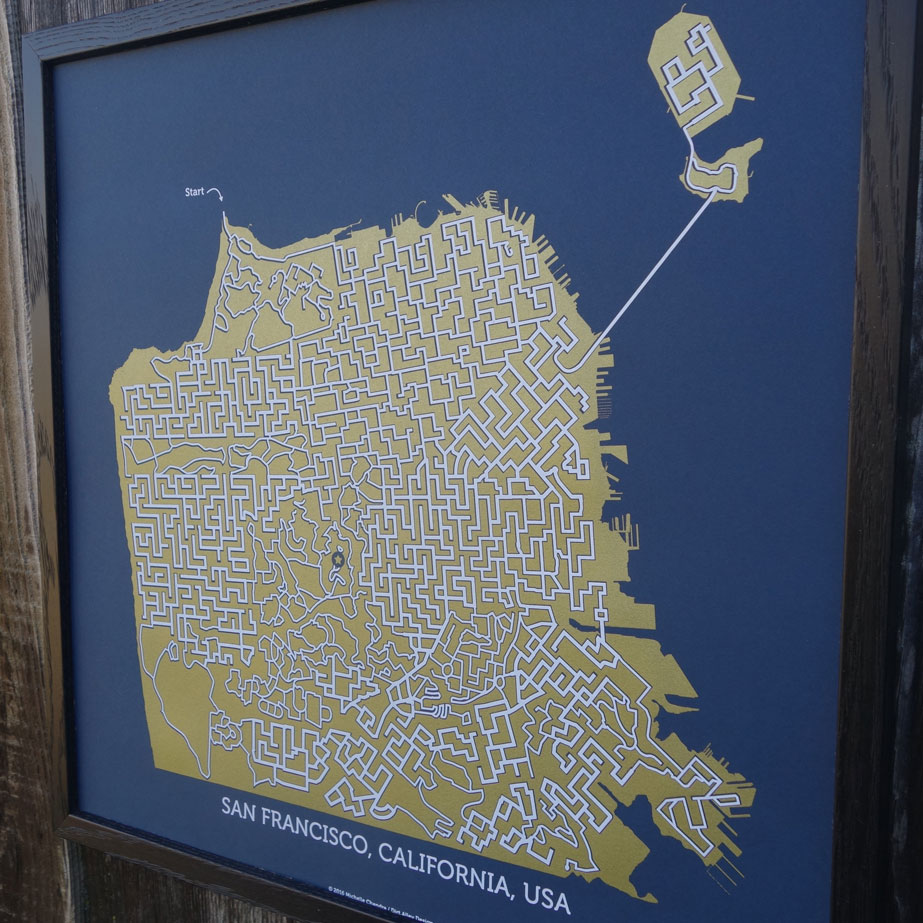 To learn more about these city maps or purchase your own poster to solve, visit Dirt Alley Design. And check out Michelle Chandra’s other work here.

Why NYC Is the Perfect Place for Creative Map-making