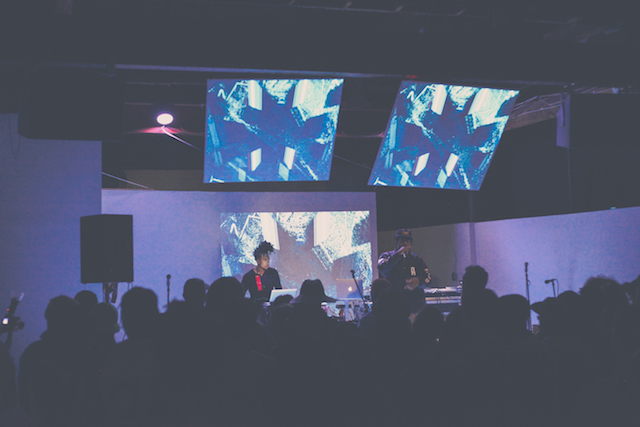 All images courtesy The Luminary

Southwest of the Gateway Arch, the gleaming steel monument commemorating St. Louis as the cradle of Westward expansion, lies Cherokee Street, a rapidly gentrifying strip of boutiques, bars, and art spaces nestled amidst Mexican restaurants. Growing up in St. Louis, I assumed I had to trade the Midwest for a coastal city like New York or Los Angeles to find a vibrant artistic tribe. But after spending time in my home city meeting curators, organizers, and artists, I realize I could not have been more mistaken. St. Louis is a fertile home for activists and creators. Its increasingly-youthful population and plentiful housing means that artists can realize their ideas in a fraction of the time it takes to produce work in larger cities.

At the center of St. Louis’s creator-centric renaissance is The Luminary, a ten-year-old nonprofit providing physical space for artists to show their work, as well as an ideological community, encouraging experimentation and engagement. The Luminary’s soaring space — once a theater in the early 20th century, then a drugstore, before Luminary co-founders Brea and James McAnally bought the building and ripped out its residual drop ceiling — would be the envy of New York gallerists. But what really sets The Luminary apart is its fearless support of emerging and underserved artists. In the fall of 2016, the Contemporary Art Museum St. Louis provoked widespread outrage by exhibiting work by Kelley Walker that many found racist and deeply offensive. The Luminary responded by offering local artists free space in which to launch a collectively run black artists’ space. The Luminary is at the forefront of supporting emerging, experimental artists in St. Louis, and The Creators Project caught up with Founder and Co-Director James McAnally to discuss the nonprofit’s past, present, and future: 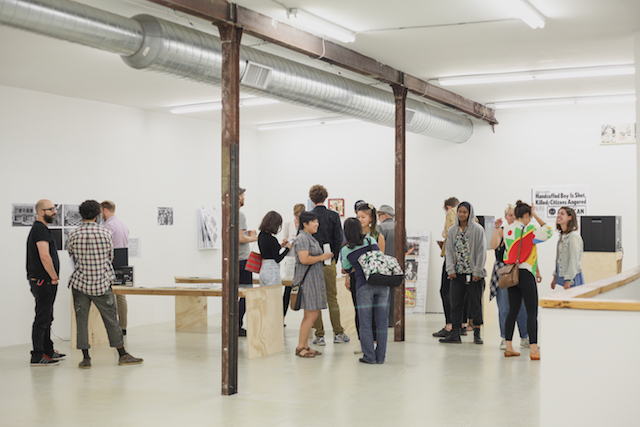 The Creators Project: When did you decide to open an art gallery in St. Louis?

McAnally: Our initial intent — ten years ago this fall — was to open a collectively run studio space. As young artists without roots in St. Louis, we wanted to create a context for experimental, interdisciplinary, and politically conscious ideas. Essentially, we wanted to build the kind of space we didn’t see around us in St. Louis or elsewhere and found the city to be remarkably receptive and supportive of our work. St. Louis is an under-appreciated art scene with incredible artists, a wide range of institutions, and a history of public support, but likewise didn’t have a legacy of alternative or artist-centric spaces that lasted more than a few years. Our interest was to start a space that was alternative or oppositional in many senses, but also sustainable: able to remain small, experimental, and responsive, but also able to own our own space (which we now do), pay artists well, create support structures for others, and pursue ambitious projects ourselves. 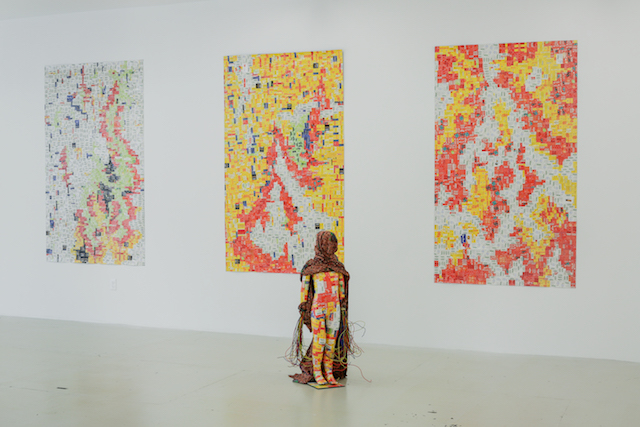 What’s made it worth it? What’s been a challenge?

We’ve always returned to legendary community organizer Grace Lee Bogg’s statement as a central mantra: “The most radical thing [you can do] is stay put.” In the time that we’ve been active, we’ve seen a few different St. Louises. The early years were defined by a resurgent art scene with numerous new spaces and a sense of optimism around the city’s potential. Then, in 2012, seven other small art spaces shut down and over the next several years the city’s continuing issues made the environment especially volatile and uncertain. Our present paradigm is framed by the Black Lives Matter movement resounding out of Ferguson and into our streets and meetings, sidewalks and studios. That has led a new generation of artists and organizers to emerge that has been especially inspiring to see. I would specifically mention here Damon Davis, De Nichols, Kat Reynolds, Kahlil Irving, Catalina Ouyang, Lyndon Barrois Jr., Gina Martinez, Cole Lu, Addoley Dzegede, Kristin Fleischmann-Brewer, and many, many others who make themselves felt in different areas of the art scene. It has been worth it to stay put and stay radical, to watch the ways that St. Louis-based artists and other collaborators’ voices have reshaped national conversations and to generally be present as the city evolves in this new social and political reality we all find ourselves.

Making a space last in the US without embodying problematic models built around one percent patrons or parasitical relationships with artists is always a struggle — there are simply not enough resources for this kind of work without other forms of support. Our model has been an atypical structure of development and has involved an incredible amount of risk. We’ve made it this far by being embedded within a community committed to generously supporting one another and an enormous amount of goodwill. We try to forefront ourselves as an element in an ecosystem rather than a standalone institution, letting those challenges seed other opportunities for working more collaboratively and evolving alongside others. 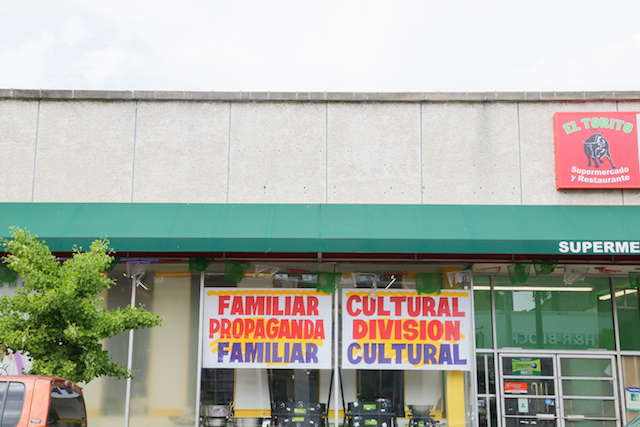 How is The Luminary supporting the arts community in St. Louis?

Centrally, we think about The Luminary as a forum for exploring the possibilities for artist-centric spaces in the present and are constantly experimenting with how to best engage our immediate community and international contexts through a range of approaches. The Luminary’s programs are far-reaching, but some of the central initiatives are an international residency program, which brings in artists, critics, and curators from around the world to create responsive new work; exhibitions that intersect with pressing social concerns and often involve working away from the gallery; studios and resources for area artists; and an online publication for art criticism, Temporary Art Review, which focuses on artist-centric projects internationally.

Increasingly, we’ve been interested in helping develop other independent artists’ spaces within our building to expand and complicate the St. Louis arts community in general. Initial projects include a collectively-run black artist space opening this spring; a new flag-based exhibition space, STNDRD, organized by artist Sage Dawson, which started last September; and an artist cooperative gallery opening later this year. 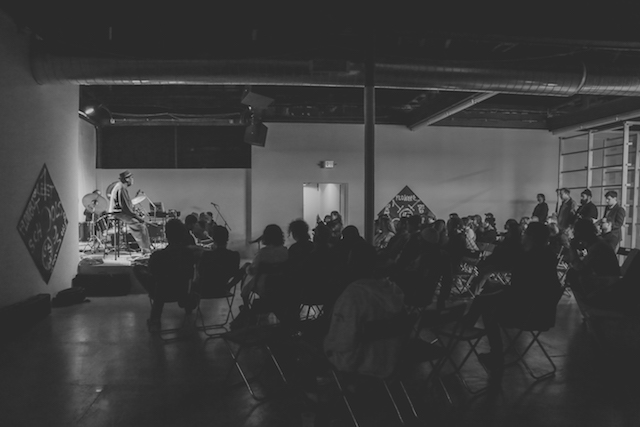 Why is this important?

We published a manifesto last year staking out the role spaces like ours can play in the world. The first point of that piece is to critique by building. It proposes that, “we must build conscious alternatives to the world as we experience it: sustainable structures that support artists, support ourselves, and model a world we want to see embodied more broadly.”

Particularly in St. Louis, which has been ground zero of new civil rights movements and is currently synonymous with dysfunctional systems writ large, we feel it is essential to create and sustain oppositional spaces that model a world we want to see — equitable, intersectional, non-hierarchical, conceptually rigorous, and thoughtful. St. Louis is the ideal place for this work and we’re constantly inspired by the artists and activists living and working around us. Our commission is to live up to that energy and continue to push it forward in our own spheres. 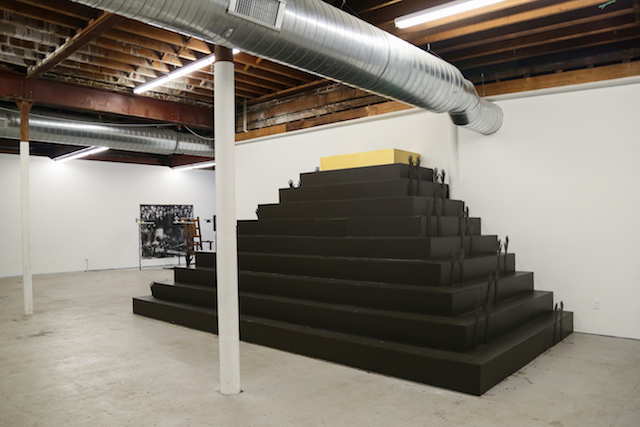 Who do you stick your neck out for?

We stick our neck out for our neighbors for whom contemporary art spaces too often means gentrification, cloistered conceptualism and privilege; for artists who deserve to be supported both financially and philosophically; for risky ideas in complicated times; for artist-activists and activist-artists; for other spaces struggling to survive; for dissent; for our descendents; for black lives; for the future of our fragile democracy. 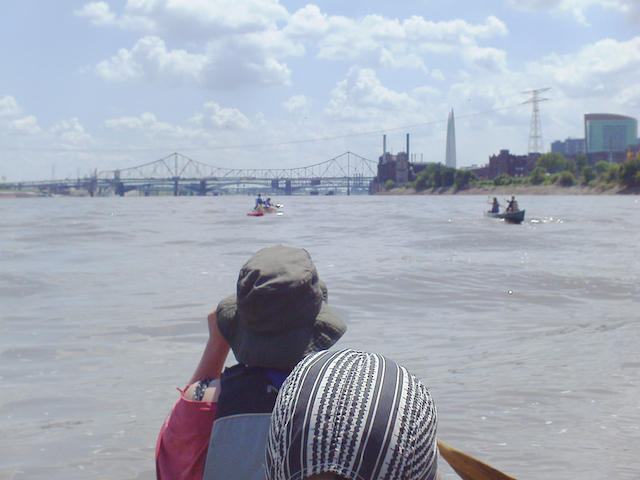 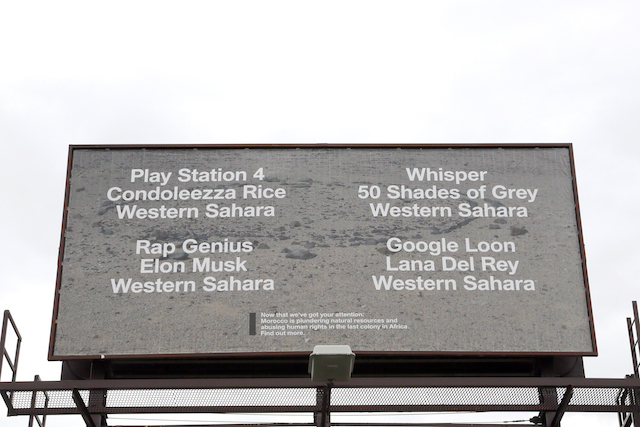 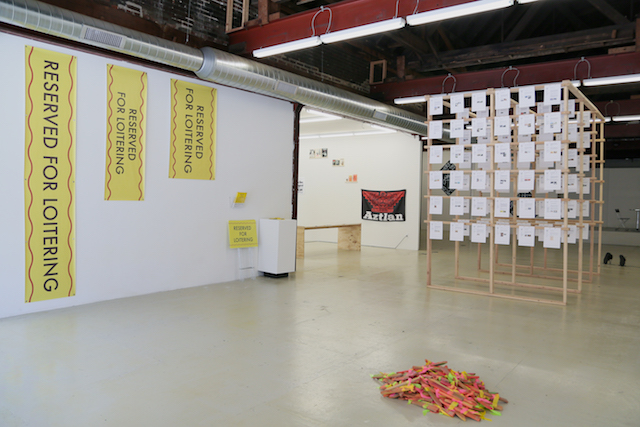 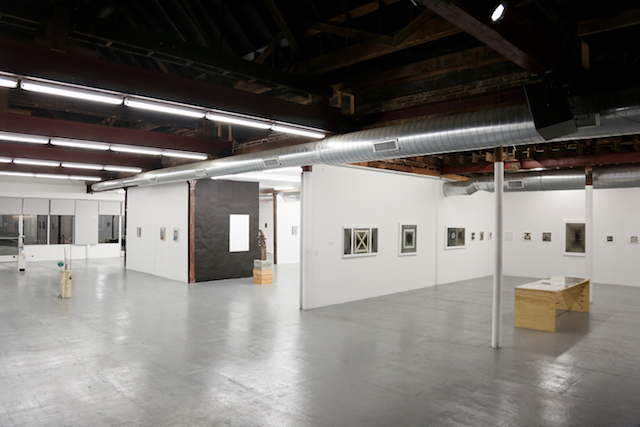 To learn more, visit, and support The Luminary in St. Louis, visit their website.

New Mexico Is a Haven for Indigenous and Xicano Artists | #50StatesofArt