Panel selection from Monsters Unleashed #1. Illustrated by Steve McNiven with Jay Leisten and David Curiel. Screencap via the author

Each week, The Creators Project seeks out the best and brightest from the comics industry.

Brian Wood, writer and creator of comics including Rebels, DMZ, The Massive, and Northlanders, marries socially-conscious storytelling with classic comic beats for stories that truly stand out on the shelves. While working on his new series, Briggs Land, he spoke to The Creators Project about the best books he’s read this week. “I read my comics the way a lot of us watch TV—by bingeing,” says Wood. He recommends the new second volume of Red One by Terry Dodson and Xavier Dorison, which he describes as “this oversized, BD-style thing that is nothing but gorgeous art, dense pages, and a cool retro story about Soviet spies. I’m a child of the 70s and 80s and have a lot of nostalgia for Soviet stuff in fiction.”

“I close out every single day with at least an hour of reading before bed,” explains Wood, “and another 45 minutes or so at lunch. Most of the time, I read material related to my various projects. Currently, I’m reading War by Sebastian Junger, about his time embedded with soldiers in Afghanistan. I’m also reading Under Tiberius by Nick Tosches, a book I thought was going to be an irreverent alt-history send-up of Christ and how he wasn’t the man we thought he was. Instead it’s a thoughtful, clever alternative history narrative of Christ that’s beautifully written, and not irreverent at all. I was raised in a very religious household, and I think Tosches must have been as well.” Of the current state of the comic industry, Wood takes not of the necessary scaling back of publishers churning out creator-owned comics. “The best result of the creator-owned comic boom has been the wonderful diversity of material and the variety of voices reaching publication. To whatever extent this industry pares back, that diversity should not be lost.” 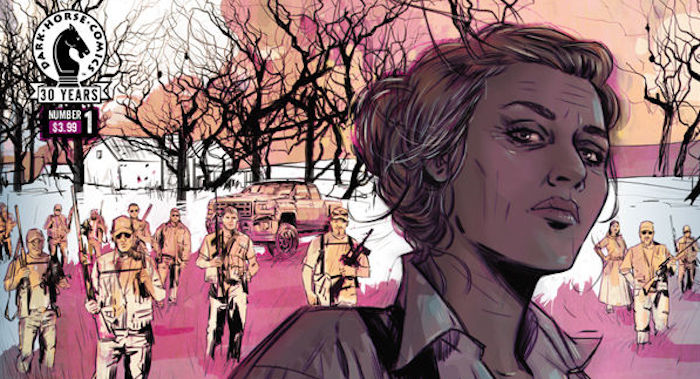 Check out his latest work on the second storyline of Rebels (about the revolutionary war) and Briggs Land, which he’d describe as “a generation crime saga set within a secessionist community. In more casual terms, it’s The Sopranos meets American Militia. Briggs Land is this parcel of rural land that’s been owned and settled by the Briggs family for over 150 years. It harbors all manner of people looking to live off the grid: back-to-the-land-ers, draft dodgers, freed slaves, activists, religious puritans, and, in recent years, extremists and members of the alt-right.  It’s this mix of people that has led to corruption and extremism.” Both comics are out now from Dark Horse.

Reviewed this week: a comic about monsters threatening the Marvel Universe, a deep sea murder mystery, a manga about dying but not dying, and a new post-apocalyptic adventure. 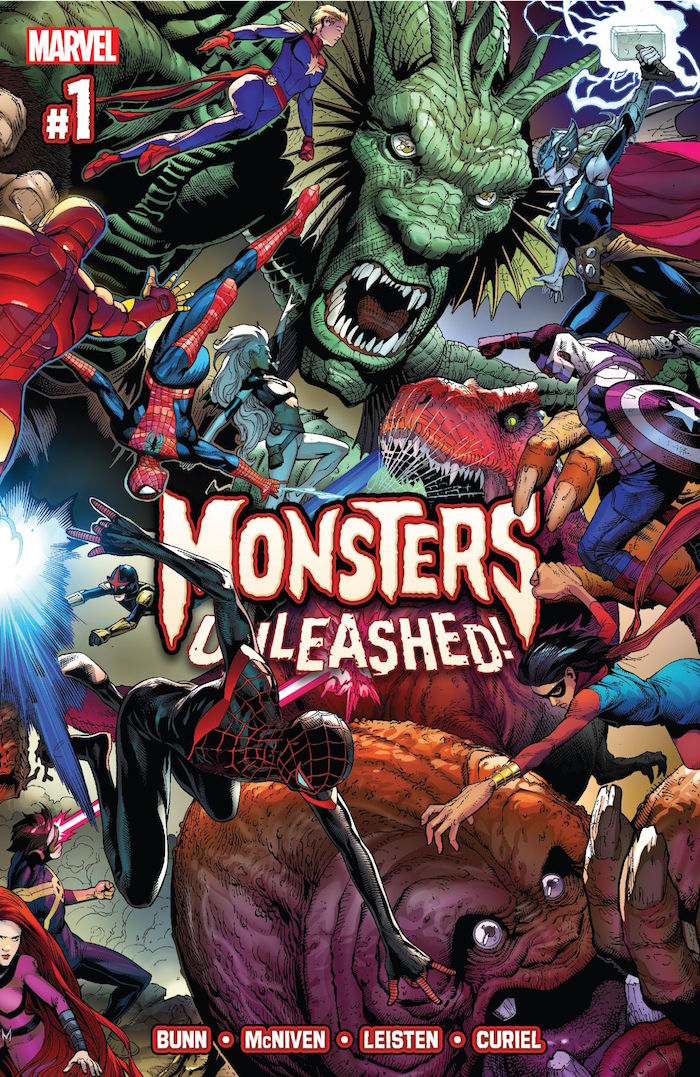 Someone or something’s sending giant, building-sized monsters smashing into earth, and it’s up to the superheroes of the Marvel universe to stop them. This is the kind of tentpole event that Marvel does best. The reader doesn’t have to know a long, tangled backstory. They don’t have to know who every superhero is. They just have to know that giant monsters are bad and the heroes have to smash them. One of the best aspects of this comic is the “division of labor”: very powerful heroes take on the monsters head on, while less powerful heroes try to save civilians. This is a great premise and fun writing from Cullen Bunn, and Steve McNiven’s artwork is bold with full and double page splashes showing the chaos these monsters create. This may be the perfect mini-series for the lapsed Marvel fan. 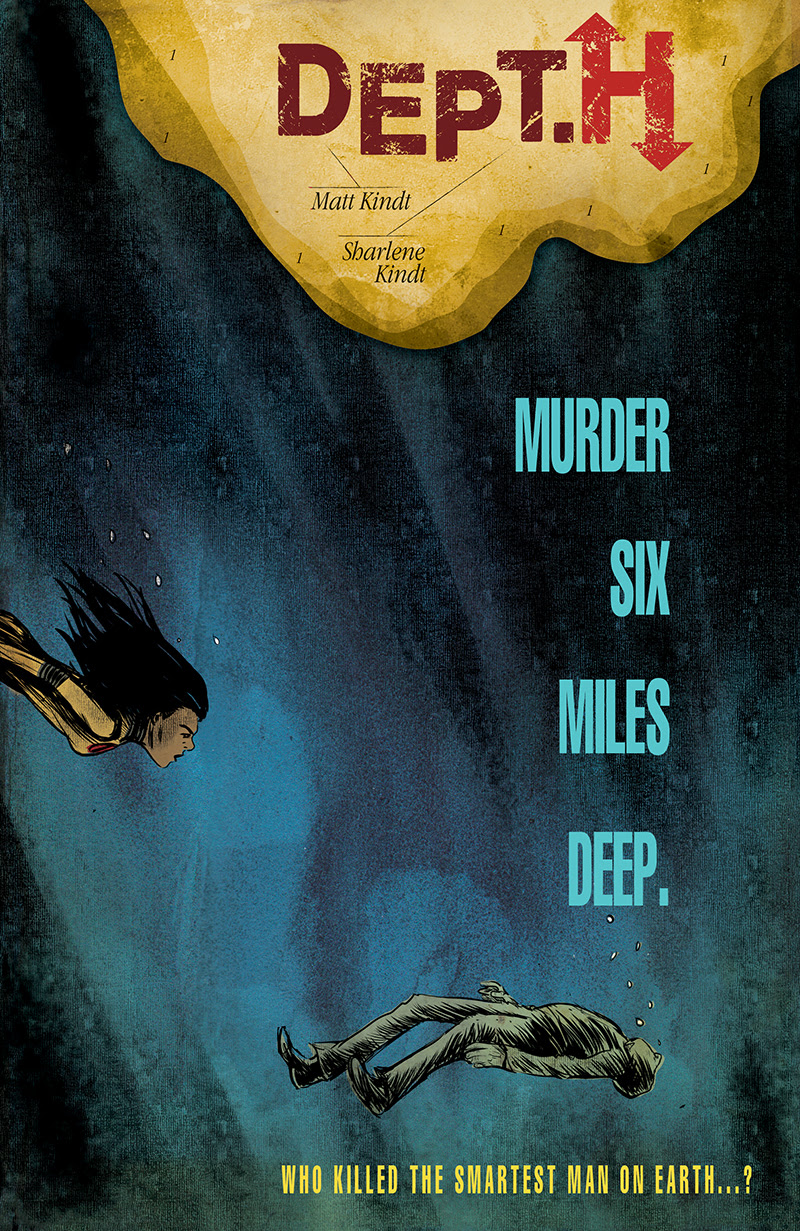 Dept. H, written and illustrated by Matt Kindt, with colors by Sharlene Kindt, tells the story of Mia, a scientist and investigator charged with finding out who murdered her father at the bottom of his deep sea space station. As this murder mystery unfolds, a series of questions, suspects, variable motives, and the tenuousness of confinement begin to mount. Matt Kindt’s watercolor-soaked images of the deep sea are incredible and engrossing, and this imaginative mystery really does innovative things with pace and structure. Volume 1 is a collection of the first six comics in the series, and is a must for readers who like a good mystery and haven’t yet sunk down into the depths of Dept. H. 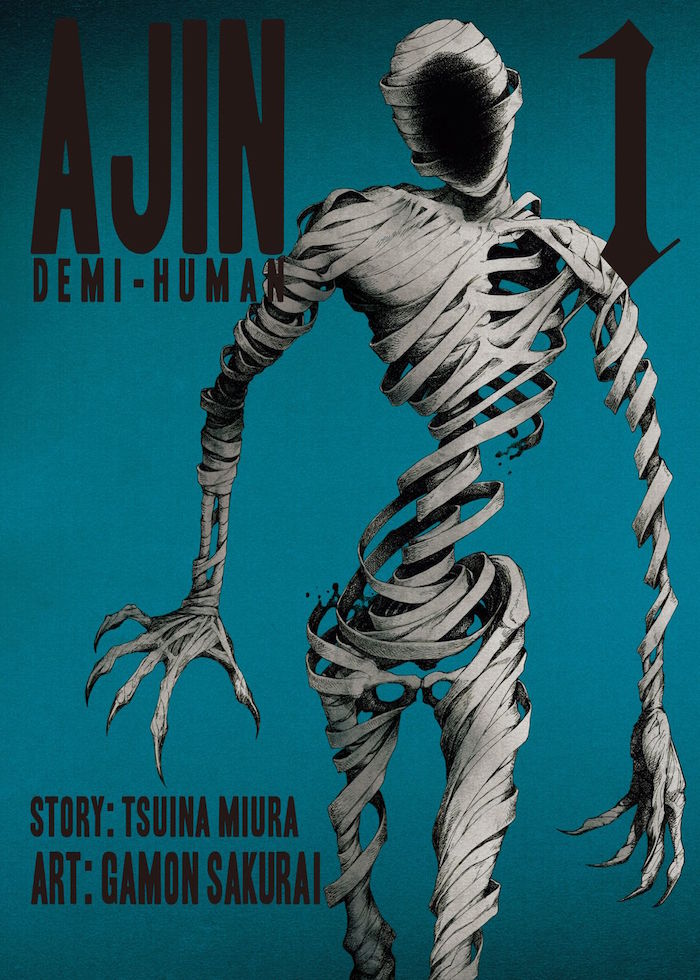 Ajin: Demi Human, written by Tsuina Miura and illustrated by Gamon Sakurai, follows a high school student who, within the first few pages, is hit by a speeding truck. When he stands up and shrugs it off, he learns that he’s a demi-human. In this world demi-humans wander the earth using their powers to help the sick, dying and dead, but the government wants to capture and study them. This first volume collects hundreds of pages of the manga for a very affordable price, and Ajin is highly recommended for anyone interested in an offbeat supernatural story. 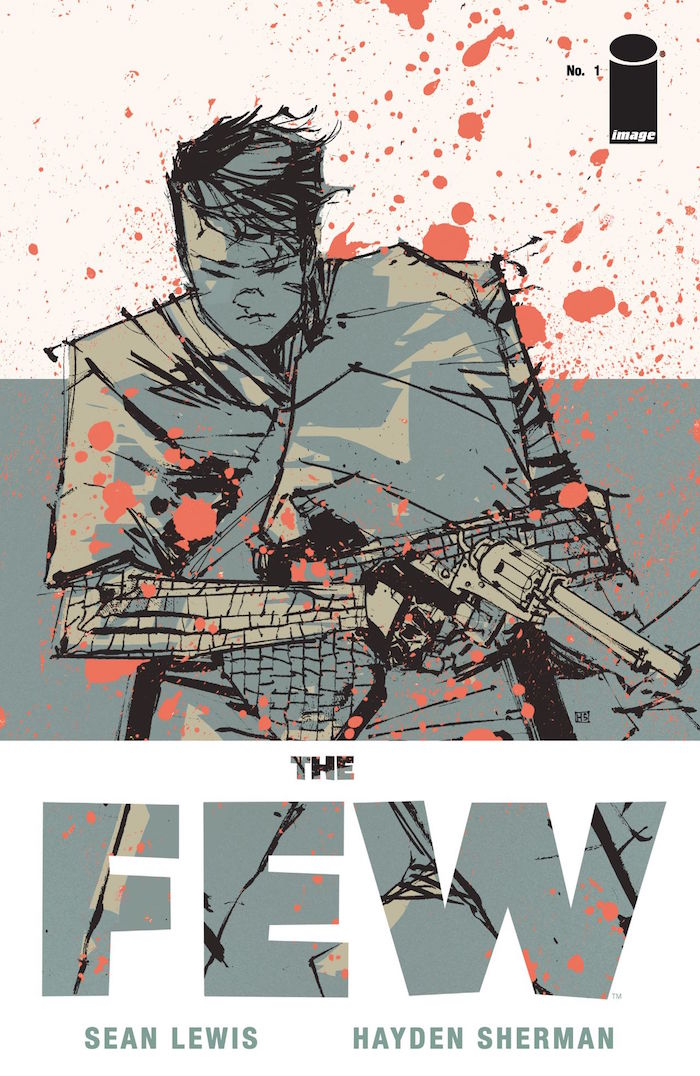 This first issue of The Few opens up an intriguing post-apocalyptic world without giving the reader many overt details. There seems to be water scarcity, and a totalitarian government, and some of the “world gone to rot” tropes you’d expect to see (gangs, motorcycles, etc.). Illustrated with a boxy, rough-hewn look by Hayden Sherman, and featuring a tight and compelling script by Sean Lewis, The Few follows Edan Hale, a drifter taksed with keeping a baby safe in the badlands. This art style—full of ink, messy-on-purpose, and nearly monochromatic—may take a few pages for readers to adjust to, especially during frantic fight scenes, but it A.) mirrors the savageness of the story and B.) brings a frenzied reality to the action scenes. If the characters can’t tell what, exactly, is going on the in the heat of an altercation, why should the reader? Highly recommended for fans of post-apoc stories, and well worth keeping an eye on as the series progresses.

Panel selection from The Few #1. Illustrated by Hayden Sherman. Screencap by the author

What were your favorite pulls of the week? Let us know in the comments below or on Twitter: @CreatorsProject

Mr. Freeze has No Chill in This Week’s Comic Roundup

The ‘U.S.Avengers’ Are the American Heroes We Deserve