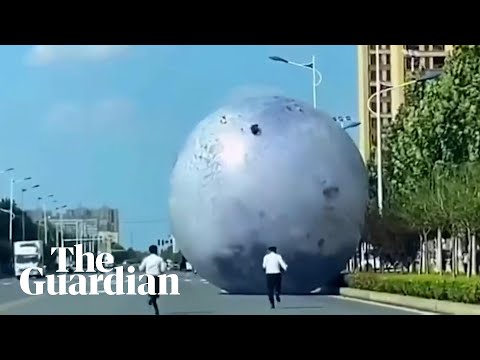 Last month, a giant model of the Moon decided to make a run (or more accurately, roll) for it.

The inflatable Moon was for a local Moon festival celebration, which took place during the full harvest Moon in September. It broke free of its anchor and was blown down the street by the wind as two hapless officials ran after it.

According to The Guardian, this wasn’t the first time the Moon went rogue. A similar model blew away in 2016, when strong winds due to Typhoon Meranti caused it roll over cars in the streets of Fuzhou.