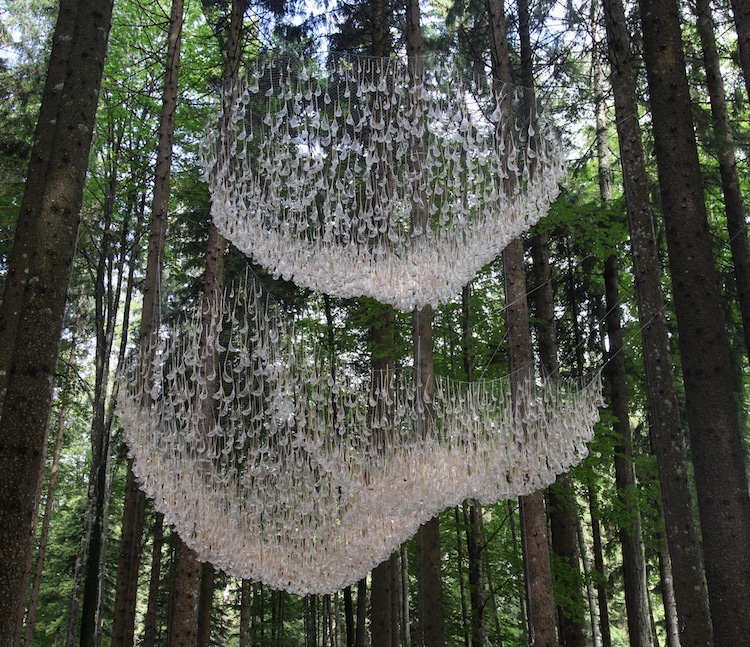 Inspired by ever-changing biological forms and natural ecosystems, artist John Grade sculpts large-scale installations that explore the impermanence of nature. For his latest piece, titled Reservoir, Grade visualizes the patterns of forest rainfall with a huge net structure suspended amongst the trees.

The dazzling, chandelier-like piece is featured in the Arte Sella Sculpture Park in Borgo Valsugana, Italy. It comprises 5,000 heat-formed, clear plastic compartments that each collect the rainwater as it falls. Each “droplet” is delicately formed from casts of 10 different human hands cupped together and framed with steam-bent strips of Alaskan yellow cedar.

The individual globules are attached to a pair of marine nets and fishing line which are then supported by stainless steel rings and the surrounding tree trunks. As the rain accumulates, the position of the net and droplets change, swelling or lowering, depending on the amount of precipitation. At its heaviest, Reservoir can exceed a staggering 800 pounds; but as the water evaporates, the sculpture slowly releases into its lightest, 70-pound state.

Man-made movement also affects the sculpture’s appearance. Grade collaborated with Italian dance artist Andrea Rampazzo to choreograph an interactive performance. During the exhibition, four dancers moved around the sculpture, pulling and releasing each tree line to create varied movements in the artwork.

John Grade visualizes the patterns of forest rainfall with his installation, Reservoir. 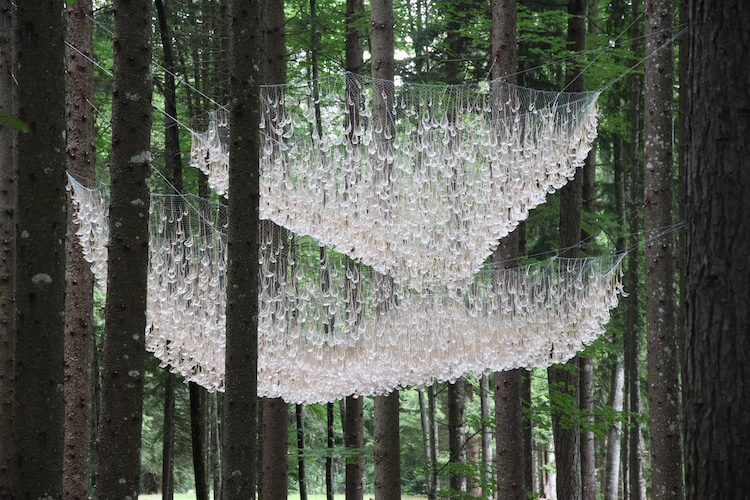 The dazzling, chandelier-like piece is featured in the Arte Sella Sculpture Park in Borgo Valsugana, Italy. 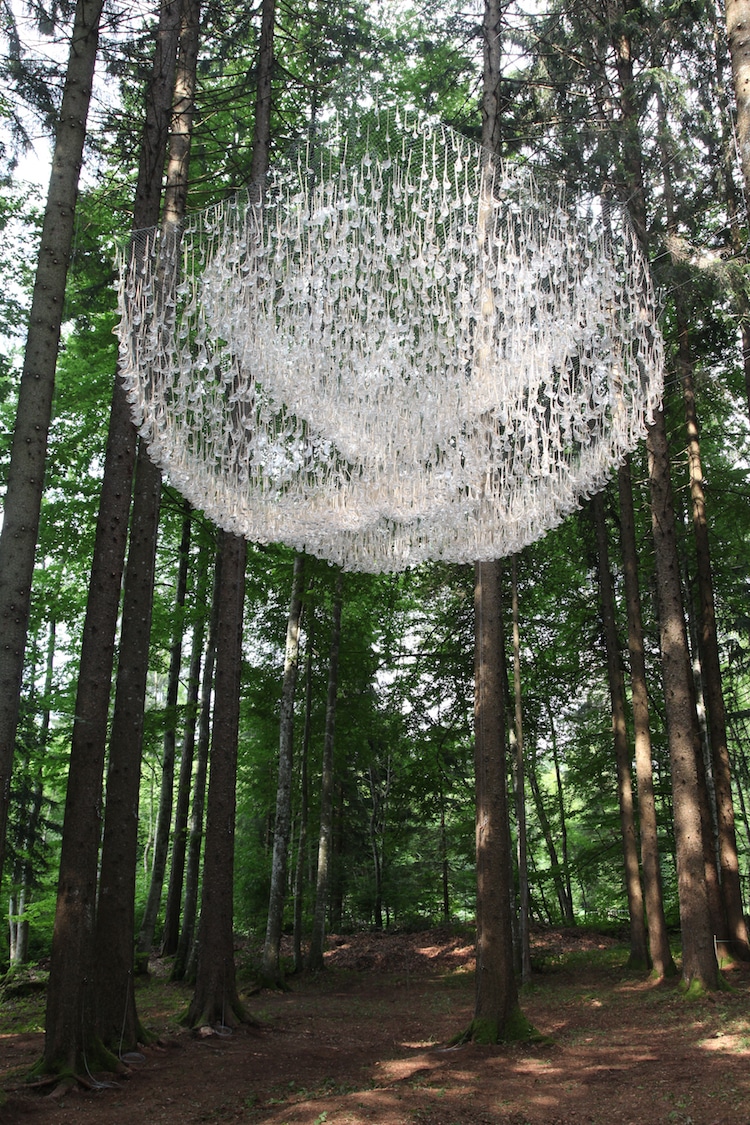 It comprises 5,000 heat-formed, clear plastic compartments that each collect rainwater as it falls. 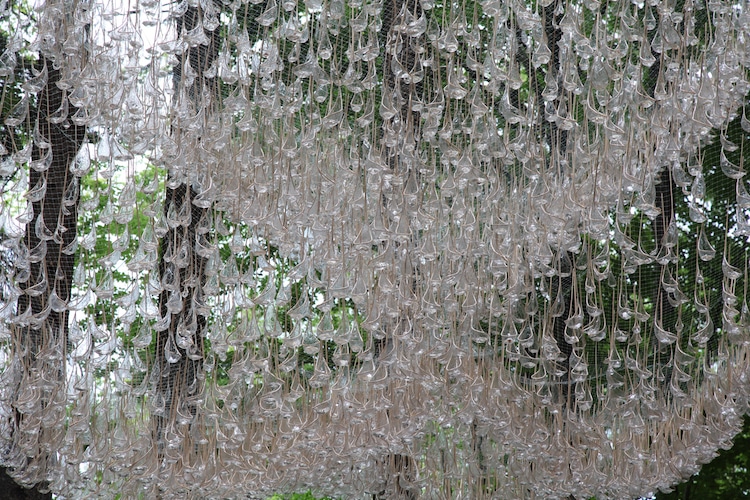 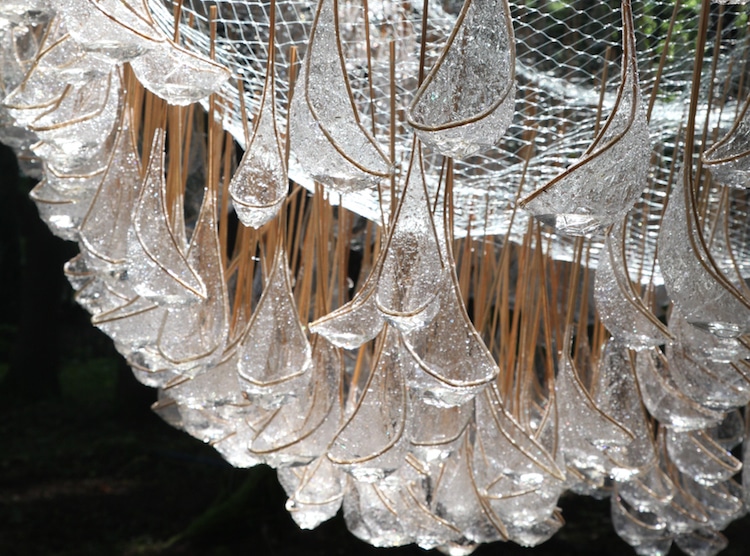 As the rain accumulates and evaporates, the piece changes shape and position. 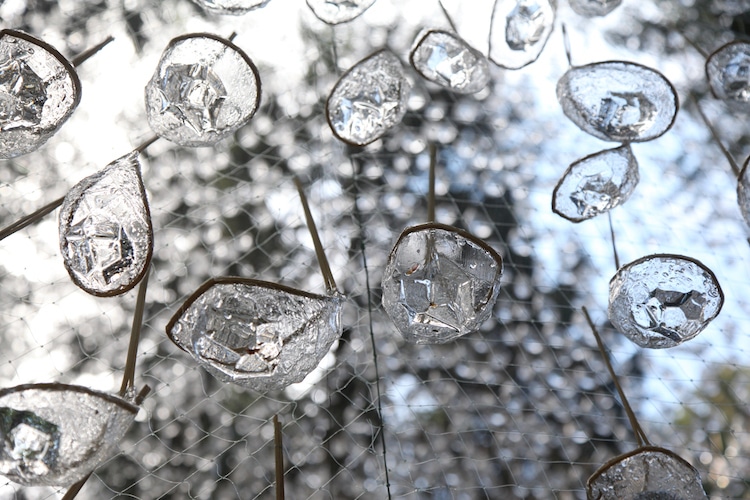 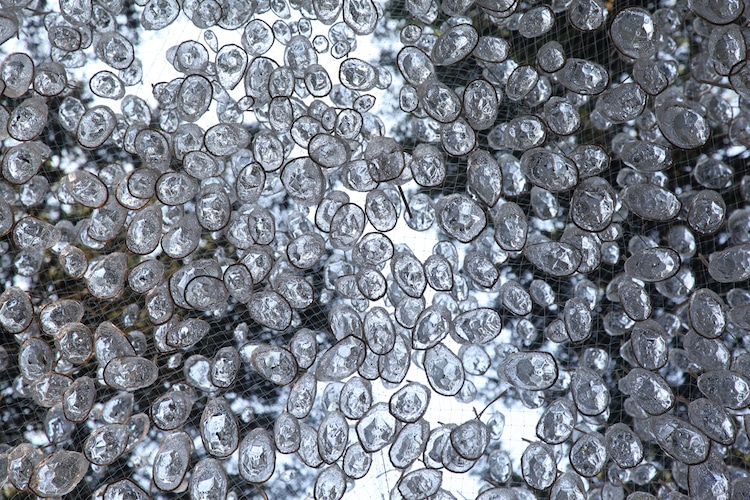 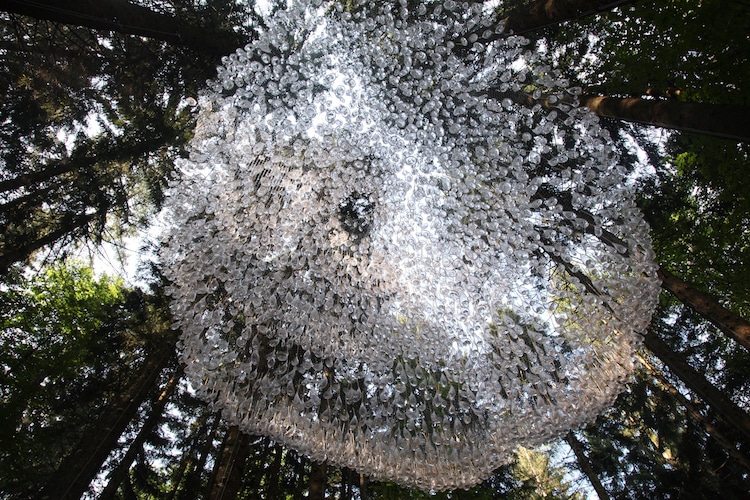 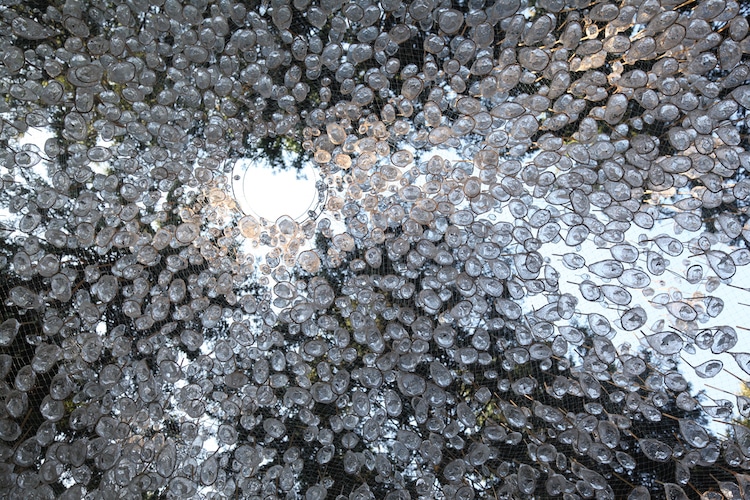 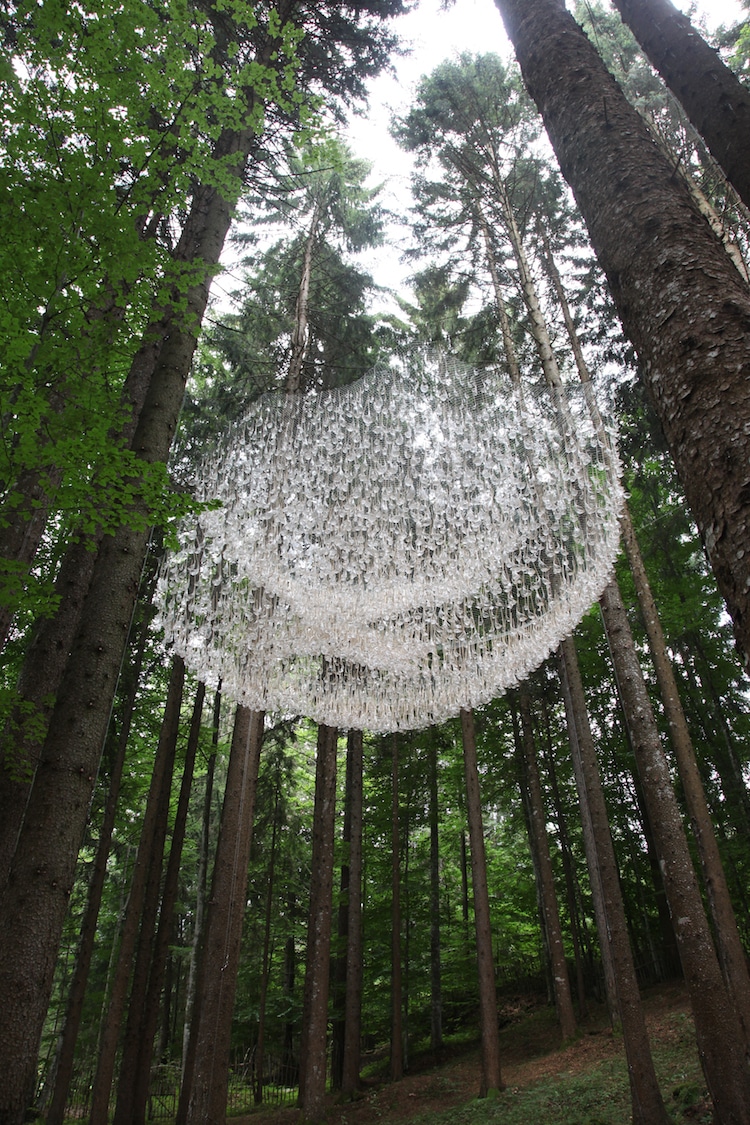 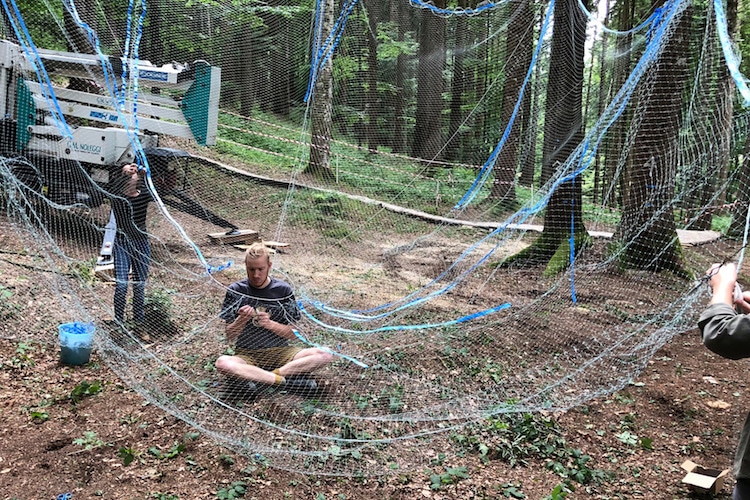 Interview: Ephemeral Land Art by a Man Who Discovered His Creativity in Nature

Spectacular Works of Land Art Celebrate the Beauty of Nature