Body modders look to indigenous tribes from around the world for inspiration, and even though many of their mods seem new and freaky tribal people consider such mods to be sacred- and they’ve been altering their bodies for centuries. 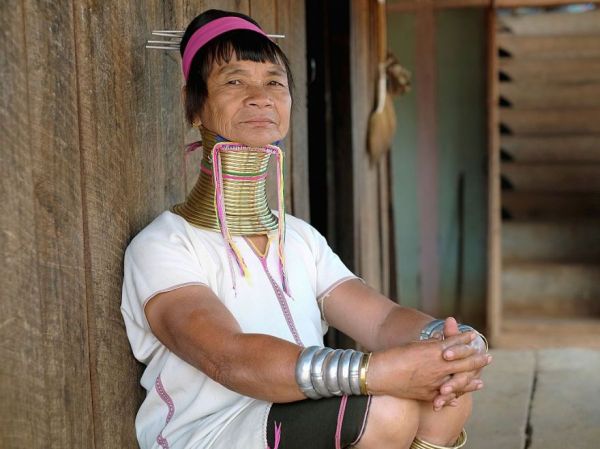 Kayan women in Thailand and Burma use rings to elongate their necks, a sign of beauty and high social standing in the tribe, and when Sydney “Giraffe Woman” Smith saw their necks she liked the look. Plus she’s always been obsessed with giraffes.

So for five long years Sydney slowly but surely added ring after ring to her neck in an attempt to elongate it- Kayan women usually sport 20-25 rings, but Sydney only made it to 15 rings before she gave up. 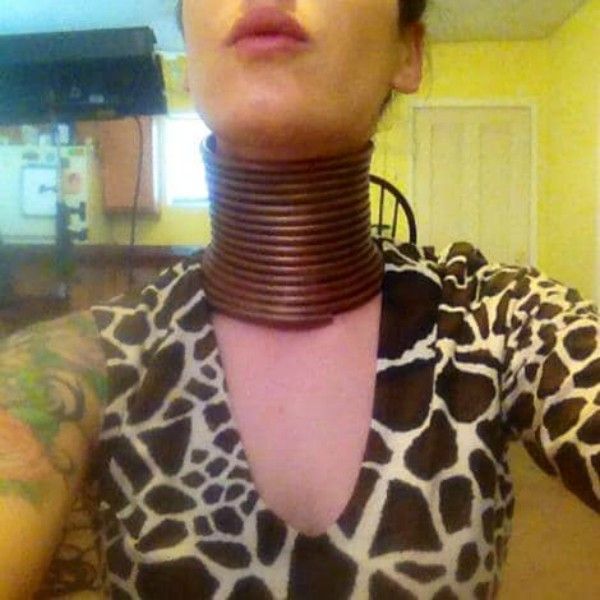 Sydney says the rings made her feel isolated from the rest of humanity, turning her into nothing but the bearer of rings:

“I spent five years of my life with rings around my neck and I just became very introverted and isolated and felt like the rings were taking over my life in every way.

“It was always about the rings, it wasn’t about Sydney anymore. I tried sticking my neck out to make it work but logic kicked in after a while.”

“I miss the sensation of the weight on the collarbones, which was in a weird way very comforting.”

Surprisingly the rings didn’t really elongate her neck much at all, and despite some bruising and weakened muscles they also didn’t cause any long term damage.