In January GM said they’d start producing newly-designed electric delivery vans. We know how long these things take to develop. So we’re kind of shocked that just nine months later, amidst a global supply chain in chaos, these vans are already rolling off of the assembly line. 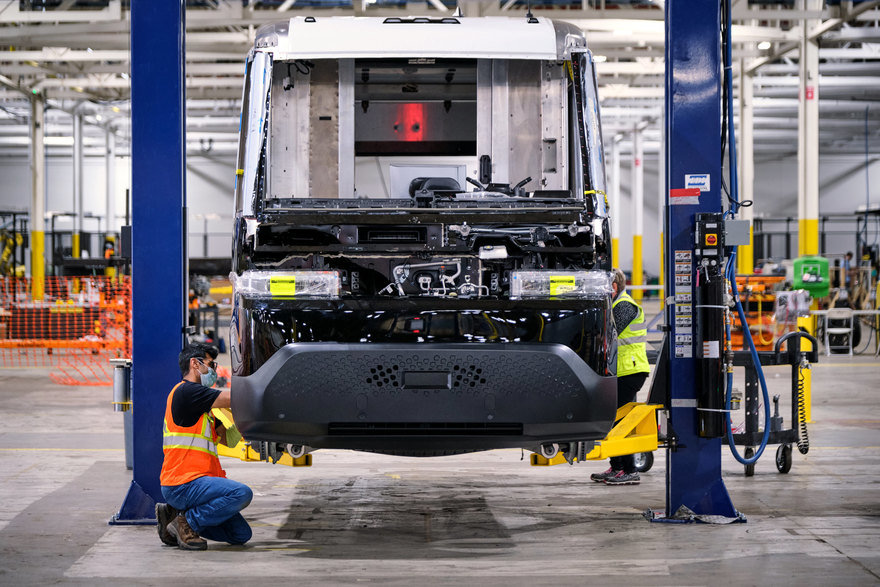 BrightDrop, GM’s latest sub-brand, has completed the first production builds of their EV600 electric van. They’re fulfilling an order for FedEx, who will be incorporating the vans into their fleet for this year’s holiday season delivery crunch time. The EV600—so named because it has 600 cubic feet of cargo space—is built on the same Ultium battery platform utilized by the Hummer EV, which goes a ways towards explaining the speed with which the vehicle was developed. 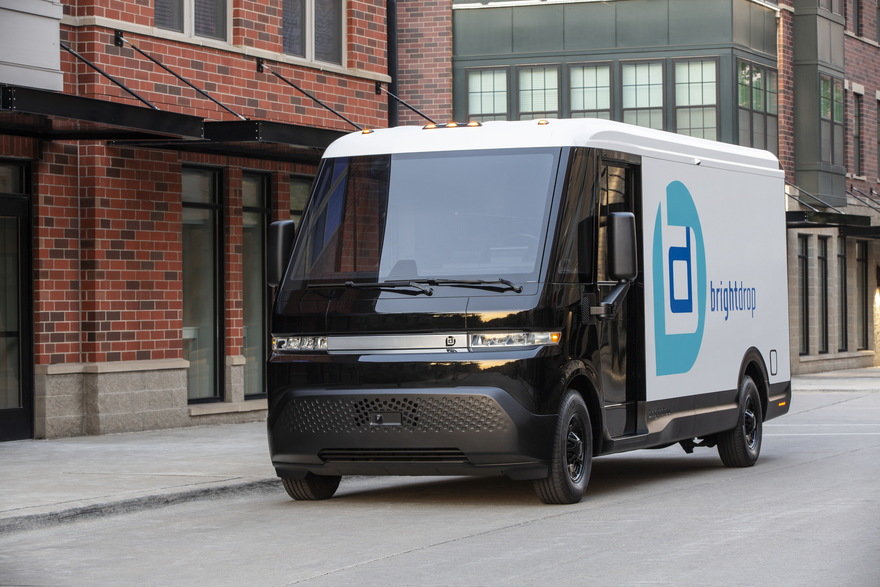 The all-wheel-drive EV600 has a 2,200-pound payload and 250 miles of range. It’s also loaded with tech, offering automatic emergency alerts and braking systems for pedestrians and collisions, an HD rear camera and even parking assist. In addition to the safety features, the company reckons the cost savings of running EV delivery vans will be attractive to fleet owners; the reduced maintenance and fuel costs compared to a diesel vehicle is estimated at $7,000 per year, per vehicle. 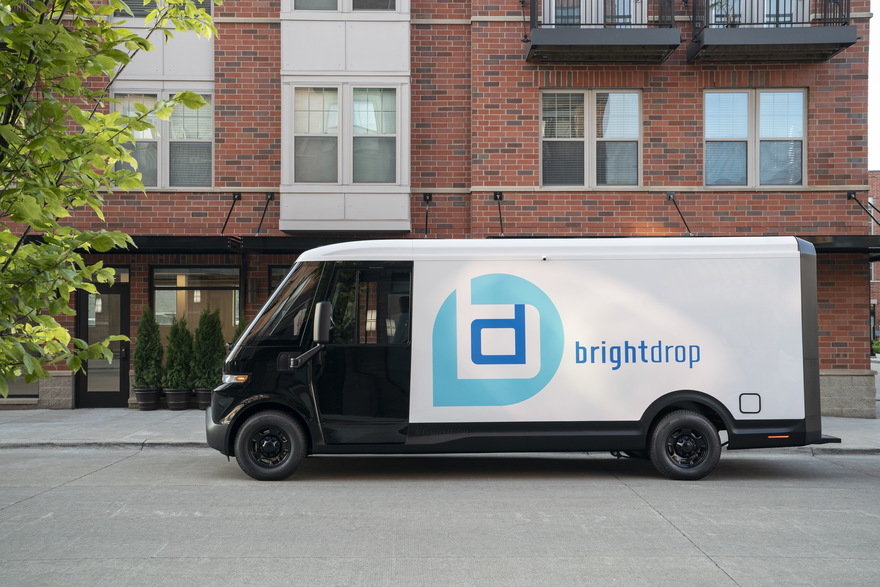 The EV600 is a pretty large vehicle, at 24 feet long. BrightDrop has also announced (but is not yet building) a smaller EV410, that’s just under 20 feet long. You can guess by the model name how much cargo capacity it has. Verizon–who, surprisingly, is one of the largest fleet operators in the U.S.–plans to integrate the EV410 in their field maintenance and service fleet. 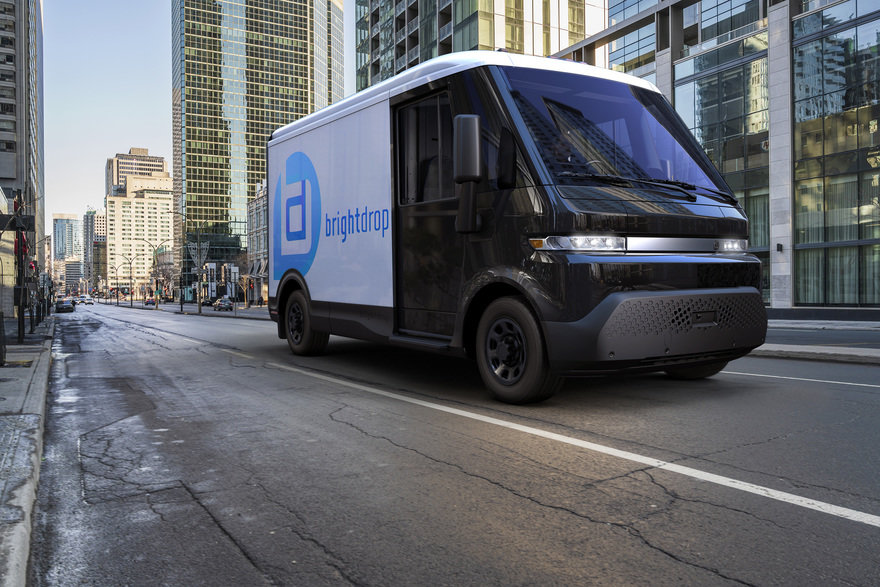 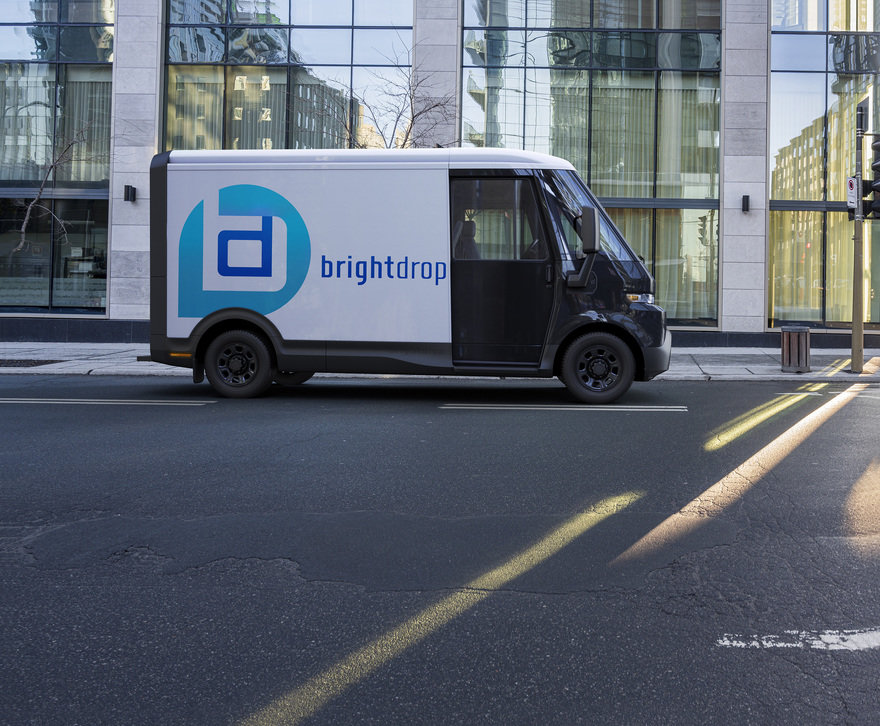 Something we’re very curious to see is whether BrightDrop will actually develop the EP1, which they’d also unveiled back in January. The EP1 has our attention because it’s not a vehicle at all, but a sort of electric cargo trolley that was meant to integrate with the EV600 and simplify last-few-feet delivery: 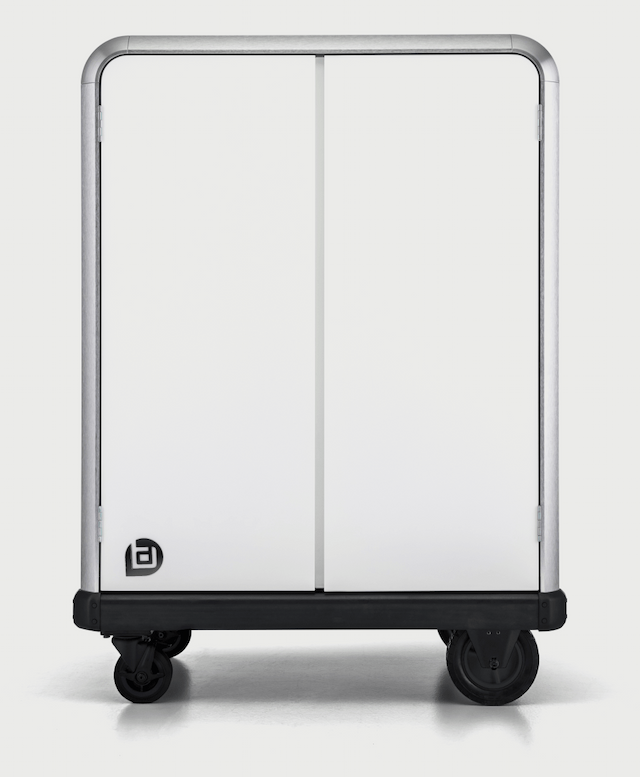 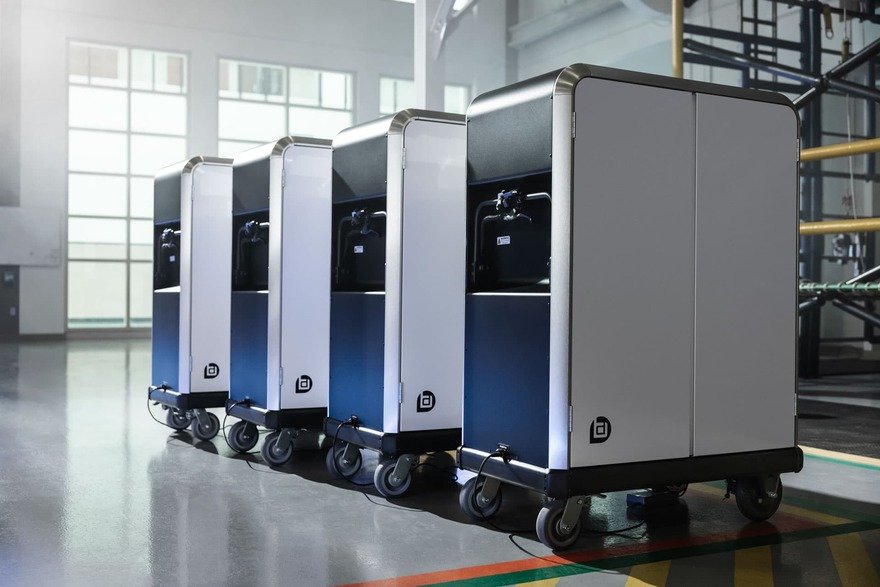 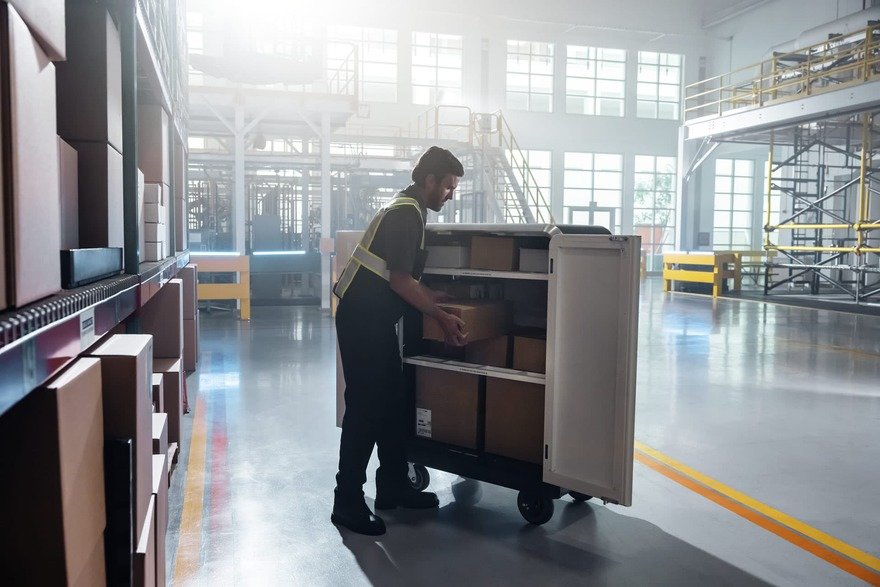 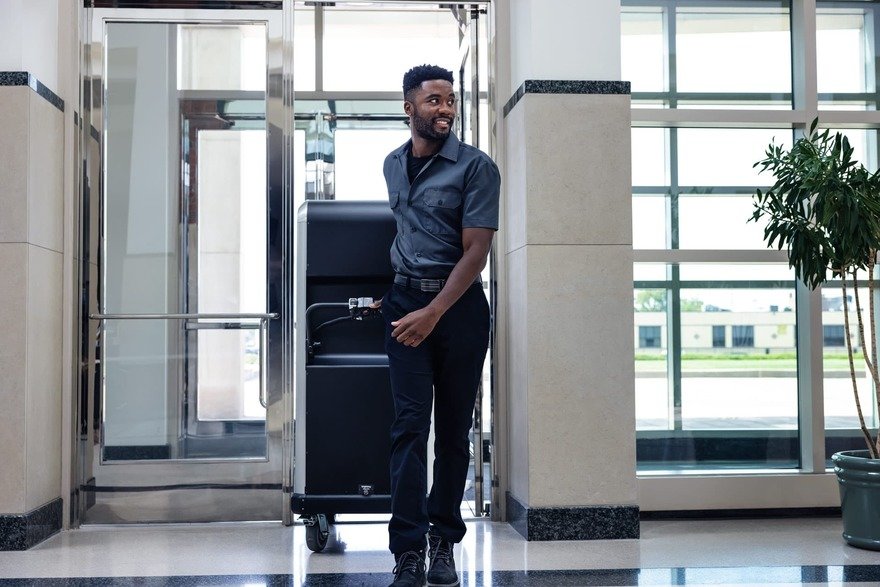 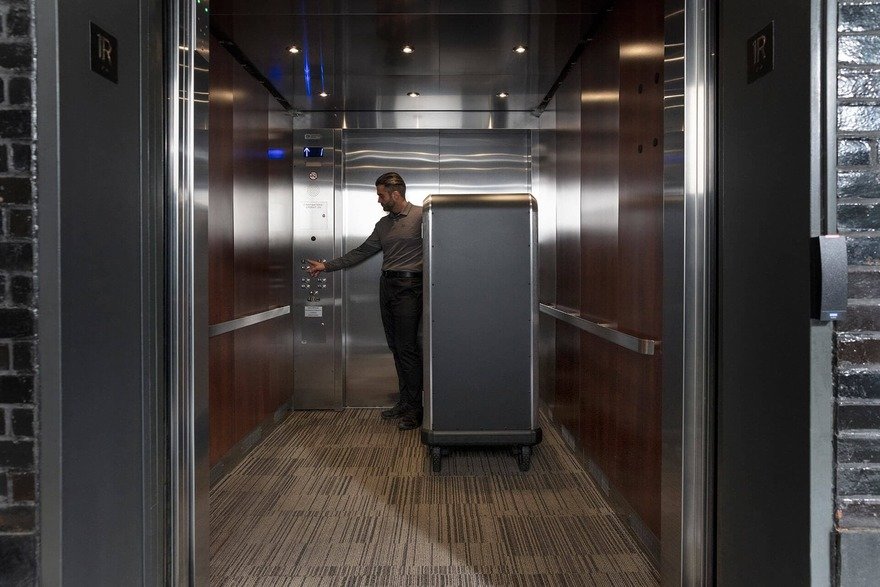 The EP1 is meant to be a part of this BrightDrop Rapid Load Vehicle Concept’s system:

BrightDrop’s website says the Rapid Load Vehicle Concept is planned for a 2023 release.