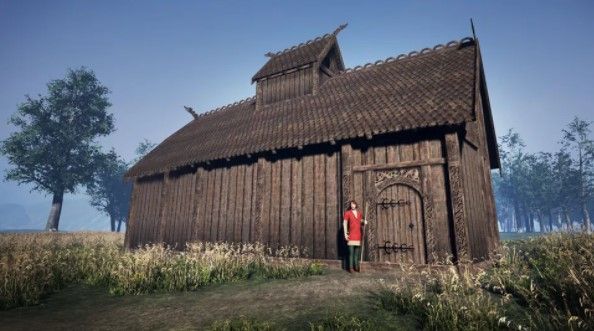 Remains of a large temple, which was possibly built in the end of the 8th century, have been unearthed by archaeologists in Norway. The temple is said to have been a “god house” — a place where people worshipped and gave sacrifices to the Old Norse gods (like Thor and Odin) during the midsummer and midwinter solstices.

This is the first Old Norse temple found in the country, said archaeologist Søren Diinhoff of the University Museum of Bergen.

“This is the first time we’ve found one of these very special, very beautiful buildings,” Diinhoff told Live Science. “We know them from Sweden and we know them from Denmark. … This shows that they also existed in Norway.”

The Norse began building these large “god houses,” as they’re called, in the sixth century. The god houses were much more complex than the simple sites, often outdoors, that the people previously used to worship the Old Norse gods.

But how did archaeologists find out that this was a god house? The answer is over at Live Science.