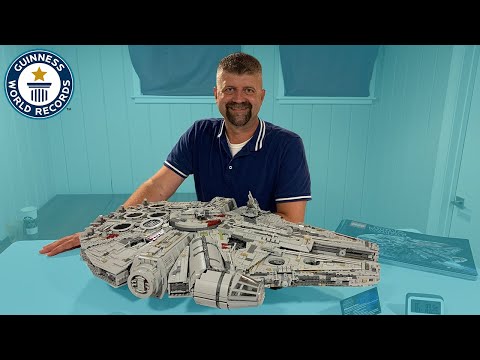 There are Guinness World Records for everything under the sun, including individual LEGO sets. Paul Ufema set a Guinness World Record in speed for putting together the LEGO Colosseum set in February. That’s more than 9,000 pieces, and he did it in less than 14 hours! Well, once you’ve had the thrill of setting a world record, you want to feel that thrill again, so Ufema plunged ahead, this time tackling the LEGO Millennium Falcon, which has 7,541 pieces. He put the set together in 16 hours, 10 minutes and 29 seconds, which is a world record time. But there was a problem- one piece left in the box.

Did the LEGO company give him an extra brick? Where did that brick belong? Ufema did a thorough investigation and was ultimately disqualified from the record. But he has our respect, nonetheless. -via Laughing Squid