If you have a deep passion for being surveilled, you probably dream of living in a city in the UK or China, festooned as they are with security cameras and face-rec. But what if you want to be spied on in a rural environment? It’s not feasible to install cameras on every tree in a forest. Autonomous tracking drones exist (thank you Skydio and Snapchat!) but they’re probably not progressing as fast as you’d like them to. 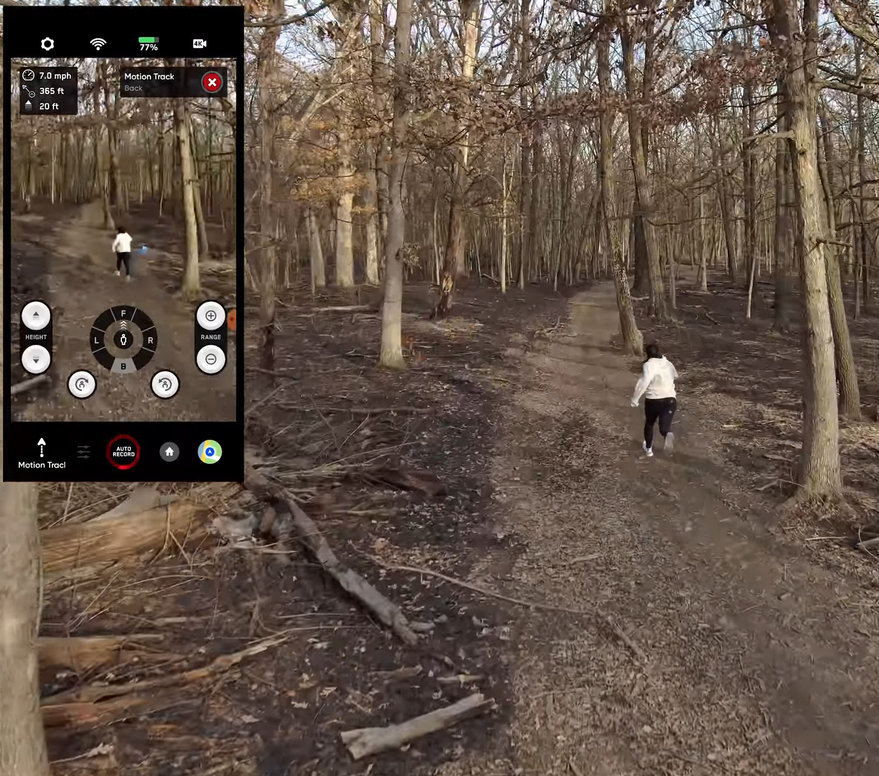 Well, help is here thanks to a team of researchers at Zhejiang University. As New Scientist reports, this research team has been working on drone swarms composed of ten tiny, fully autonomous drones that use off-the-shelf components, a camera and an algorithm to navigate through a forest without crashing into anything, or one another. 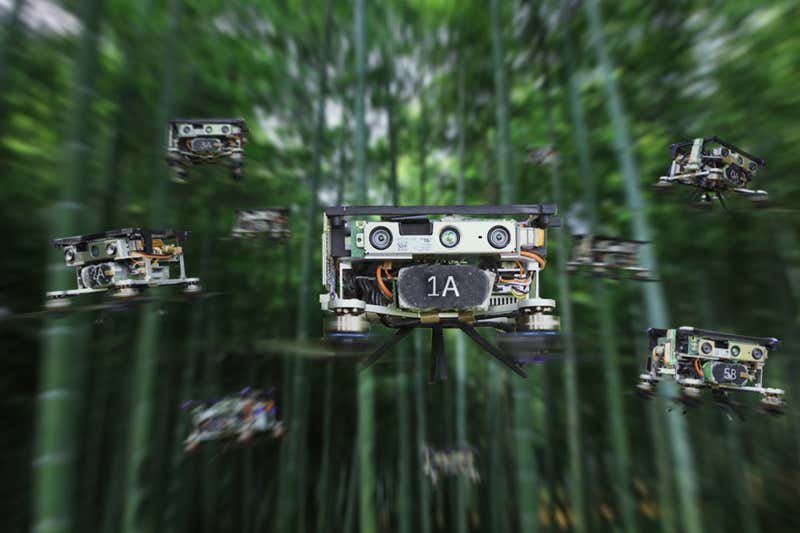 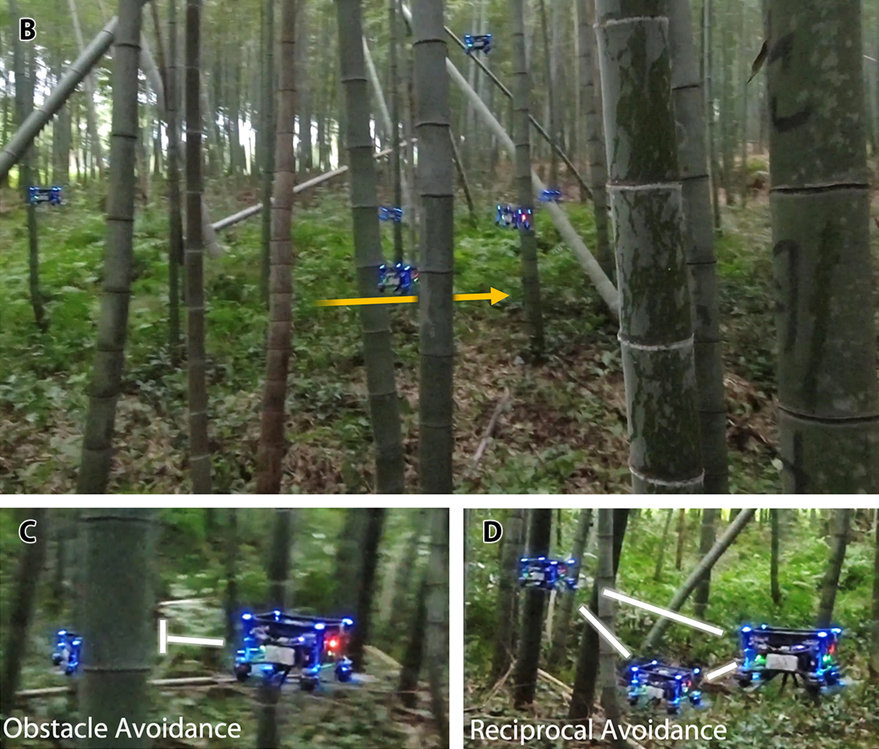 And they don’t need to be connected to GPS to navigate, so this solves your rural surveillance problem. These little guys could chase you no matter where you ran, and as a bonus, that alien whining noise they make is liable to make your run more exciting:

I know what you’re thinking: “Bor-ring. There are no people being chased, let alone followed, in this video!” Don’t worry, they’re working on it. Their research paper, “Swarm of Micro Flying Robots in the Wild,” contains this image of a separate trial they ran called “Multidrone tracking with target occlusion:” 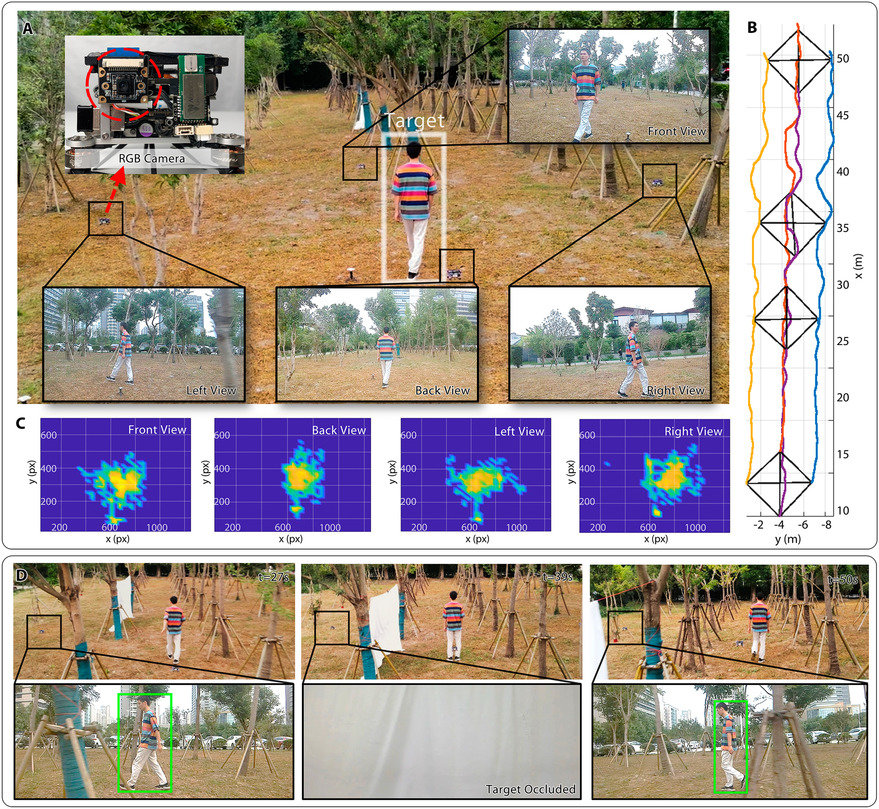 We’re waiting for the sexy video with that test to come out.