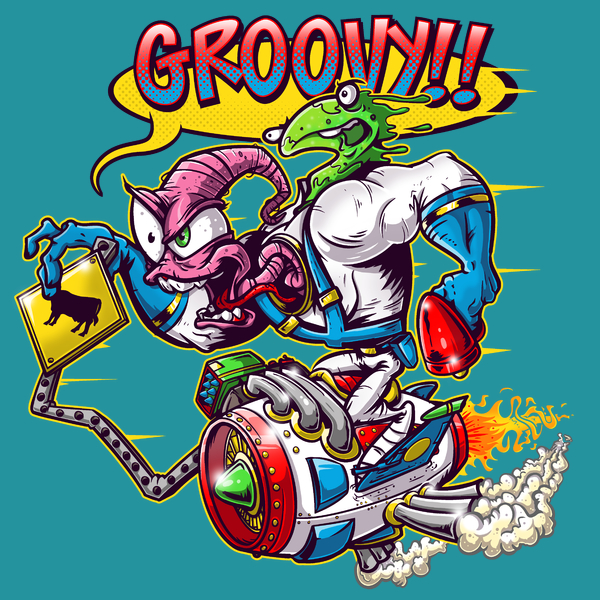 Jim didn’t know much about futuristic contraptions or deadly weapons when he was but a lowly worm crawling around in the dirt, but ever since he donned that super suit and became a man-worm thing he has really been digging those deadly cool machines. And once he attended his first auto show he naturally gravitated towards the meanest machines of them all- hot rods. They growled like tigers, drove faster than a speeding bullet and shot fire out of their pipes, making that Earthworm instantly feel the need for speed…

Get geared up for some super powered gaming sessions with this Groovy Fink t-shirt by JakGibberish and Poopsmoothie, it’s one out of this world design!

Visit JakGibberish’s Facebook fan page, Twitter and Tumblr, then head on over to his NeatoShop for more high octane designs: