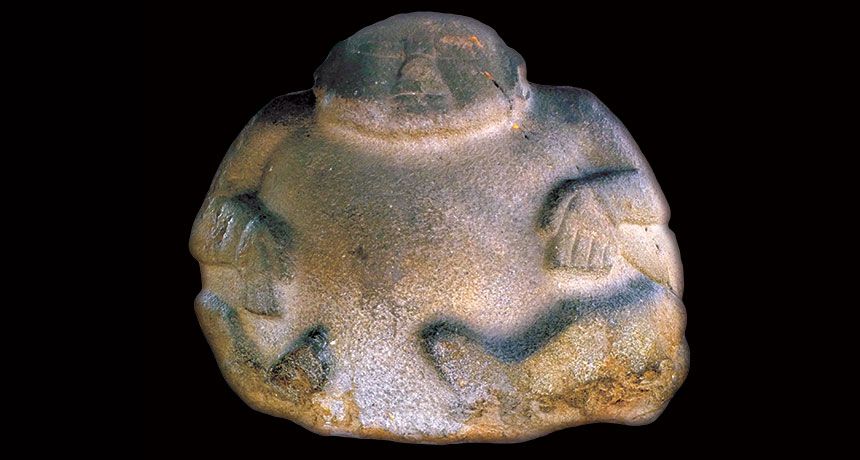 The ancient Guatemalan people may have known magnetism over 2 millenniums ago. These plump sculptures called “potbellies” suggest this, as the sculptors of the ancient times purposely placed certain parts of the body such as the forehead, cheeks, and navel to magnetic sections of the rocks.

Lightning strikes probably magnetized sections of boulders that were later carved into stylized, rotund figures — known as potbellies — at the Guatemalan site of Monte Alto, say Harvard University geoscientist Roger Fu and his colleagues. Artisans may have held naturally magnetized mineral chunks near iron-rich, basalt boulders to find areas in the rock where magnetic forces pushed back, the scientists say in the June Journal of Archaeological Science. Predesignated parts of potbelly figures — which can stand more than 2 meters tall and weigh 10,000 kilograms or more — were then carved at those spots.

This only proves to us that our ancestors are really intelligent.

The Medieval Illuminated Manuscript Of The Pokedex