The film is set during the Cold War era in an underwater, BioShock-esque government laboratory where our protagonist works as a cleaner of sorts. Elisa’s social limitations have left her lonely and isolated. She begins to grow tired of her banal and repetitive work life until she and her co-worker Zelda, played by Octavia Spencer, happen upon the tank of the mysterious merman. Yearning for some excitement, Elisa’s curiosity pulls her closer to the amphibious humanoid, played by Doug Jones of Hellboy fame, and they gradually build a relationship with one another. The rest of the film appears to take on a Okja-style conflict where a human builds empathy for a creature and then fights to protect it from whatever third parties are trying exploit it. 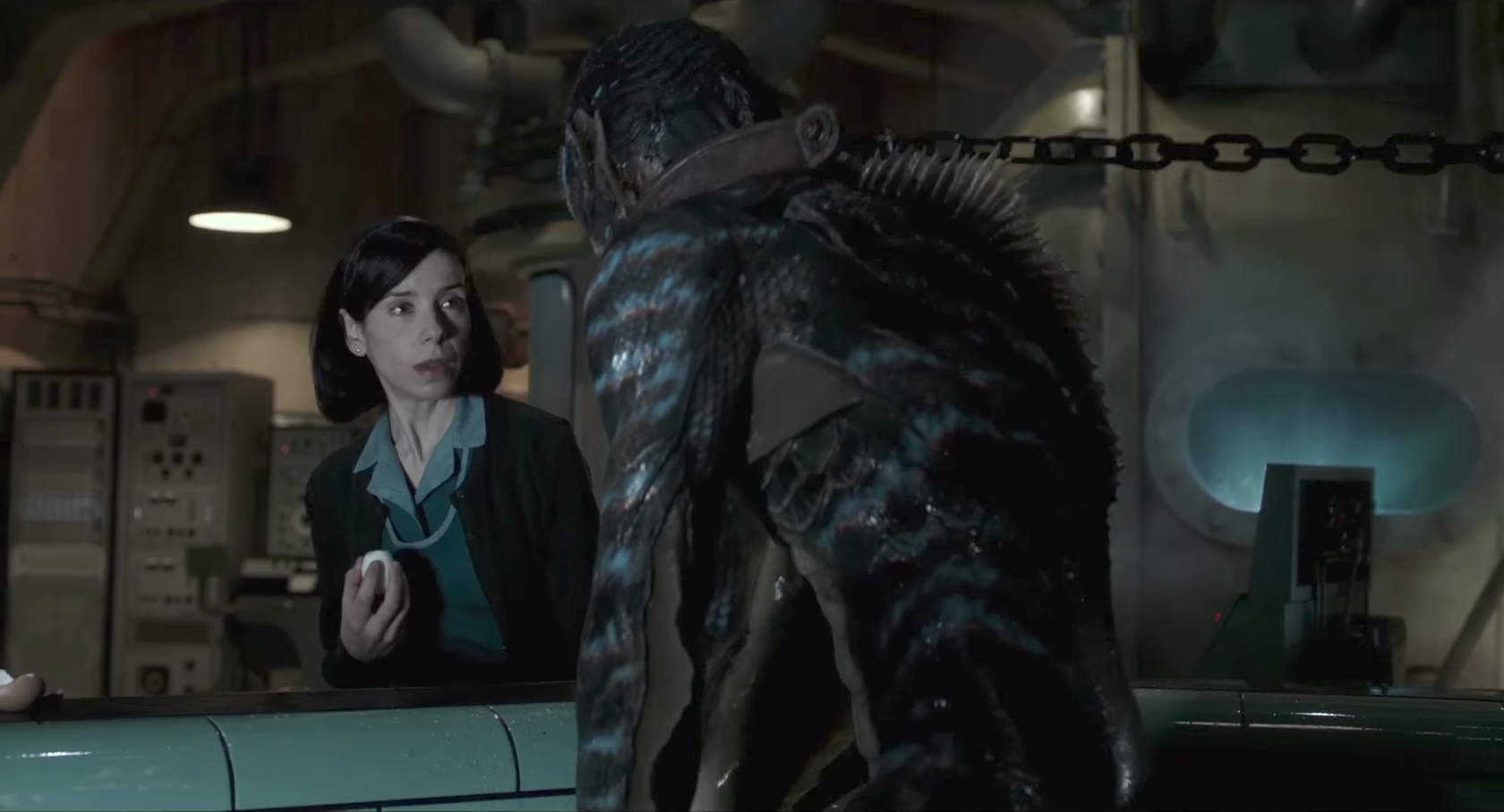 We’ve seen a similar aquatic character in Del Toro’s previous franchise, Hellboy, Abe Sapien. Played masterfully by Doug Jones, he’s a telepathic fish man character who acts as one of Hellboy’s trusty sidekicks. Although the footage of Del Toro’s new merman is limited in the new trailer, you can still make out some easily identifiable similarities to Abe Sapien. Maybe he’s a cousin?

The movie poster used in the announcement for the new trailer features a painting made by James Jean, a Taiwanese-American artist best-known in the comics industry as a cover artist for books published by DC. The charcoal drawing seen at the end of the trailer looks quite similar to Jean’s movie poster, so it’s possible the artist has more works featured in the film itself. 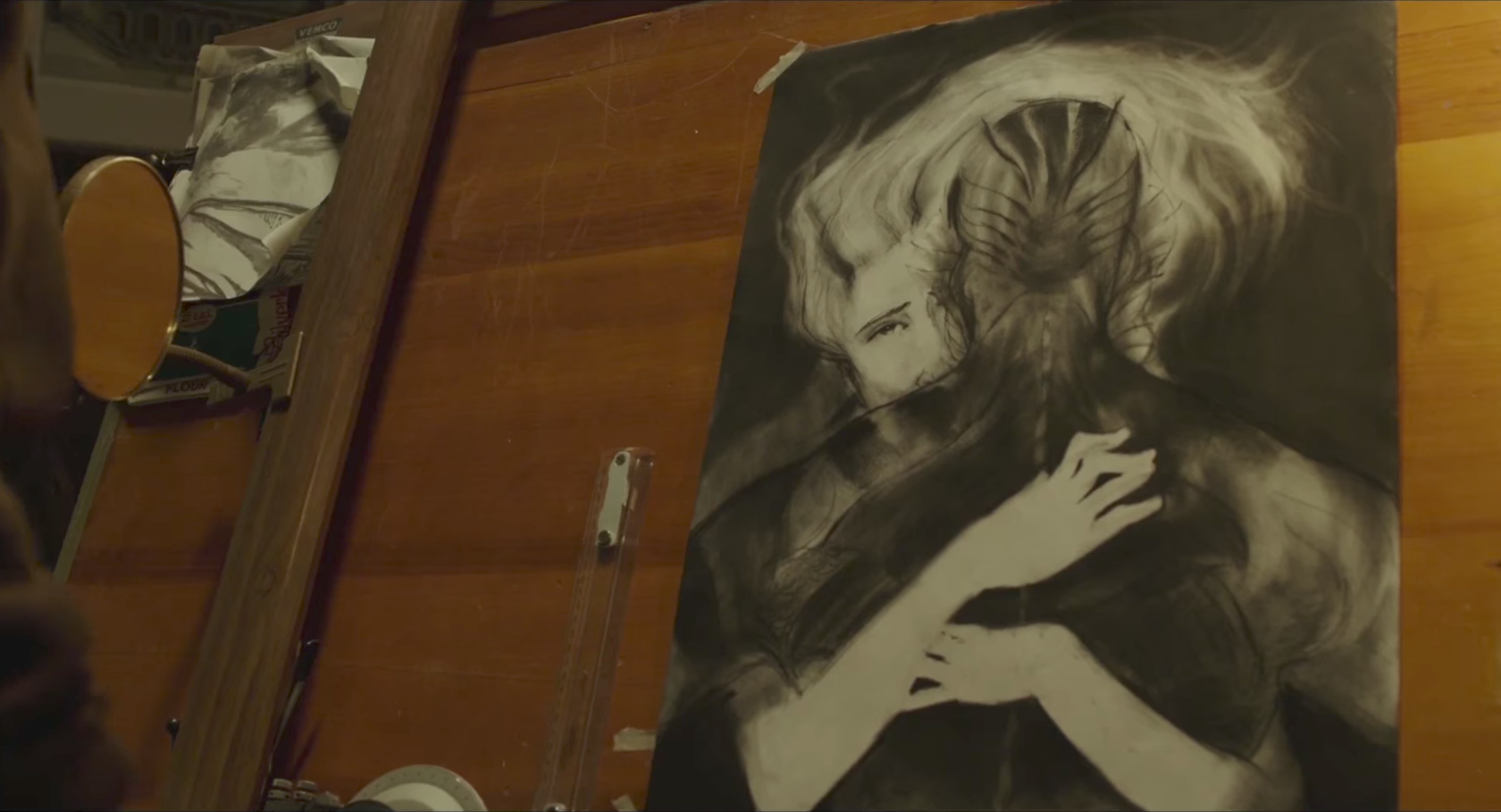 Watch the full trailer below:

The Shape of Water was written and directed by Guillermo del Toro and stars Sally Hawkins, Michael Shannon, Richard Jenkins, Octavia Spencer, Michael Stuhlbarg, and Doug Jones. You can see The Shape of Water in theaters December 8th. Be sure to check out more work by artist James Jean on his website.

Dude, Wes Anderson’s New Movie Is Coming Out on 4/20