In ancient times, people believed that the name which is given to a person largely affects their future life and destiny. There were even special reference books by which it was possible to determine what awaited a child, based on their name. We wonder what the authors of these handbooks would say about the circumstances under which children are given names?

In an ideal world, parents sit down together and discuss the name they will give their newborn child, and in the end choose the best and the most beautiful. But this is an ideal world, rainbow ponies live there, politicians always tell the truth, and parents of newborn children never quarrel. In the real world, things are obviously a little different…

For example, as described in this post in the AITA Reddit community, which has amassed over 9.6K upvotes and nearly 600 different comments. The author of the post is a mother who recently gave birth to twins and came up with beautiful names for them. Yes, both of them – without the slightest support or participation of the biological father.

The Original Poster gave birth to the twins, though their biological father abandoned them long before the birth 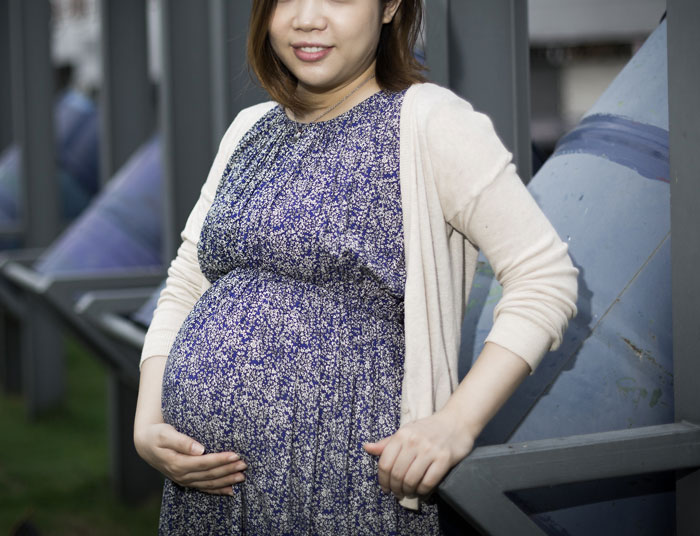 The Original Poster was planning a wedding with her fiancé, but when it became known that she was pregnant with twins, the man unexpectedly left her. As a result, the OP had only minimal contact with him throughout her pregnancy, mostly discussing future custody of the children. 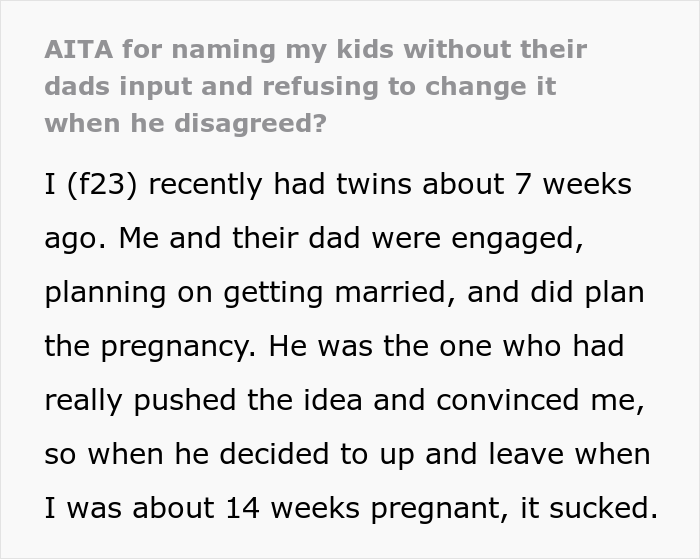 Interestingly, the man fought for 0% custody, as a result of which he received visitation and parental rights – but nothing more. Three days before the OP had a C-section, they talked again, so the future father definitely knew when and where his children would be born. Of course he didn’t show up. 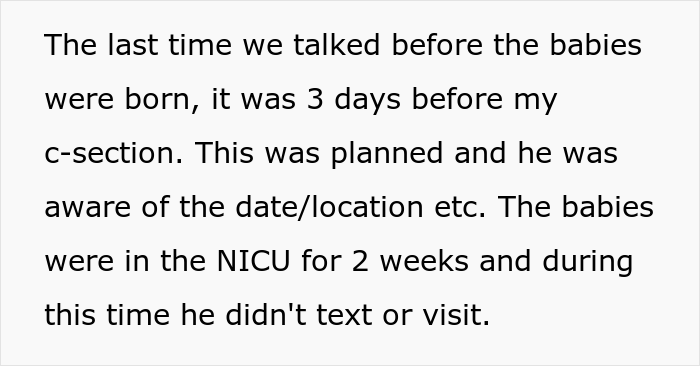 Faced with the issue of naming the kids, the OP chose names for them herself

He did not come even when the newborns spent two weeks in the NICU. Moreover, he did not even text or call. As a result, when the new mother faced the issue of choosing names for the kids, she named them herself, and in addition, registered them with her own surname. 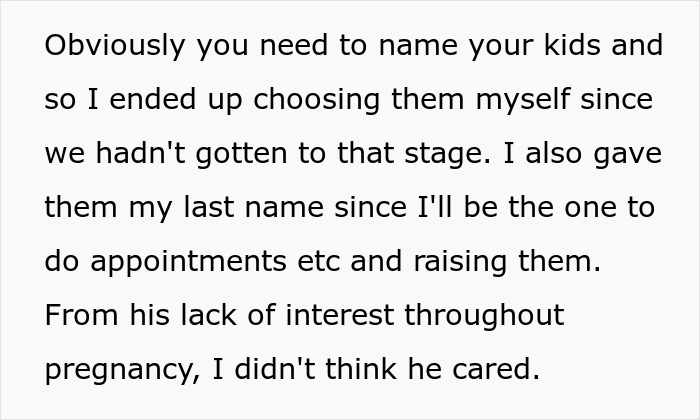 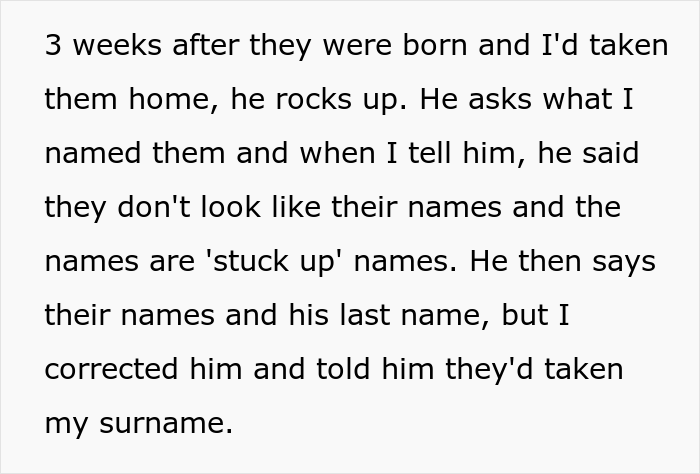 The man threw a tantrum when the OP refused to rename the babies, as he disliked their named

But when the children were already three weeks old, the biological father suddenly appeared – as it turned out, just to find out what his children’s names were. Having learned the names, the man became very angry – he did not like them, and when it turned out that the children’s surname would also not be his, he completely lost his temper. 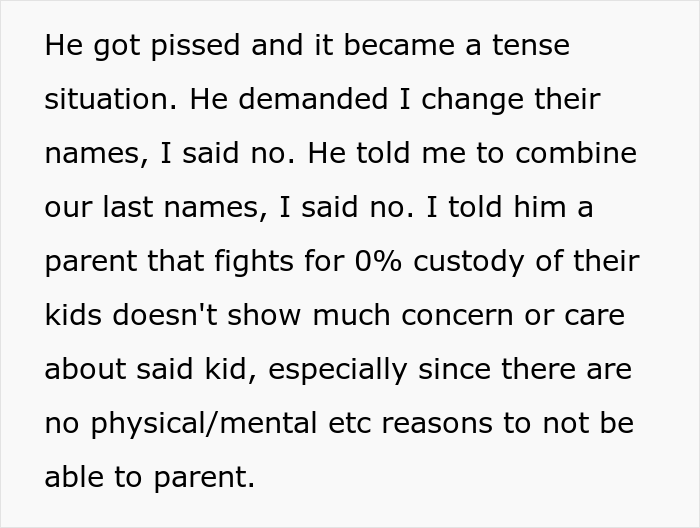 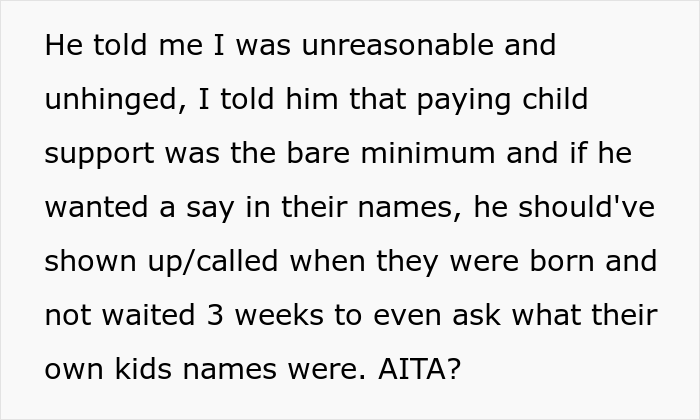 To this, the OP retorted that she’d heard nothing from him for a whole three weeks after the birth of the children, so the mother had no choice. However, the explanation did not suit the man, and he threw a tantrum due to the fact that he was not asked about such an extremely important matter. 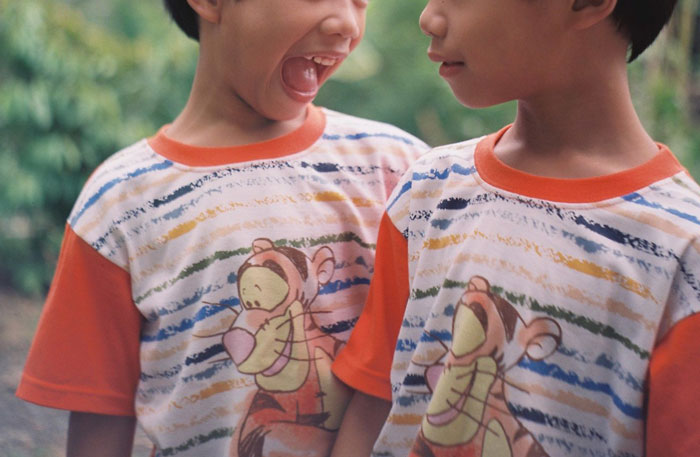 Commenters supported the OP and suggested she call the family lawyer, just in case

However, people in the comments were massively supportive of the OP. In their opinion, if a man has already decided that he will not be involved, then he has refused to make any decisions about the children – including the right to choose names for them. 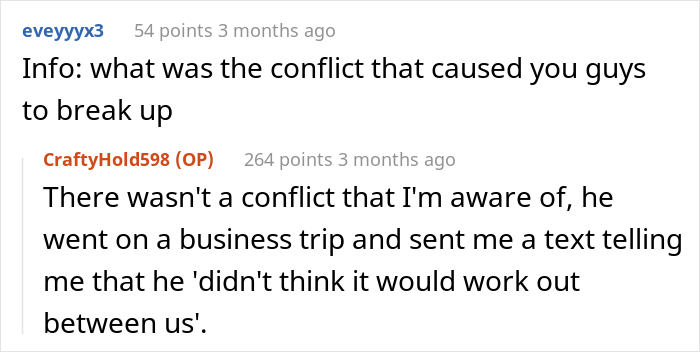 The commenters also advised the mother, just in case, to contact the family lawyer in order to once again protect herself and the kids from possible troubles from the biological father in the future. Because if the situation starts in such an unpleasant way, in the future, it can become even worse… 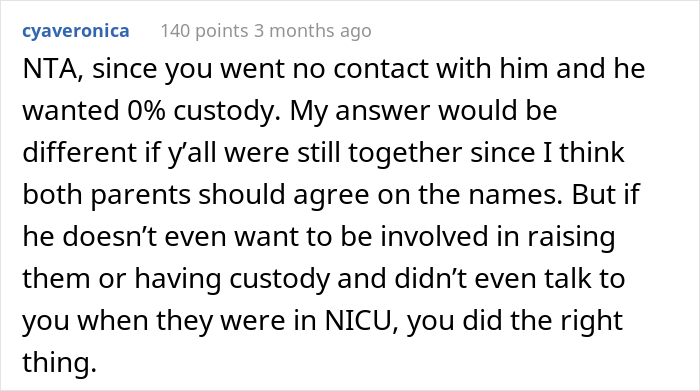 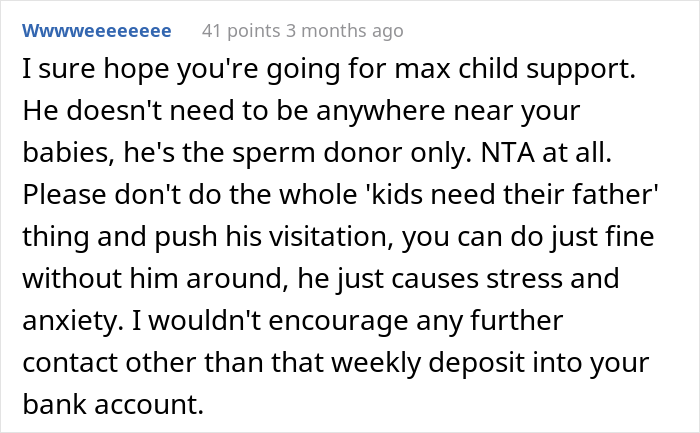 As always, we appreciate your comments, and if you’ve experienced something similar, we’d love to have you tell your own story. We hope that both yours and this story will have a much happier continuation.

The post Guy Abandons His Pregnant Fiancée And Disappears, Throws A Tantrum When It Turns Out That She Named The Babies Herself first appeared on Bored Panda.