Reza Baluchi, a 49-year-old Florida man, built a human-sized, floating hamster wheel out of aluminum and plastic balls for buoyancy. He then attempted to use it to walk—on the ocean, of course—from St. Augustine, Florida to New York City. 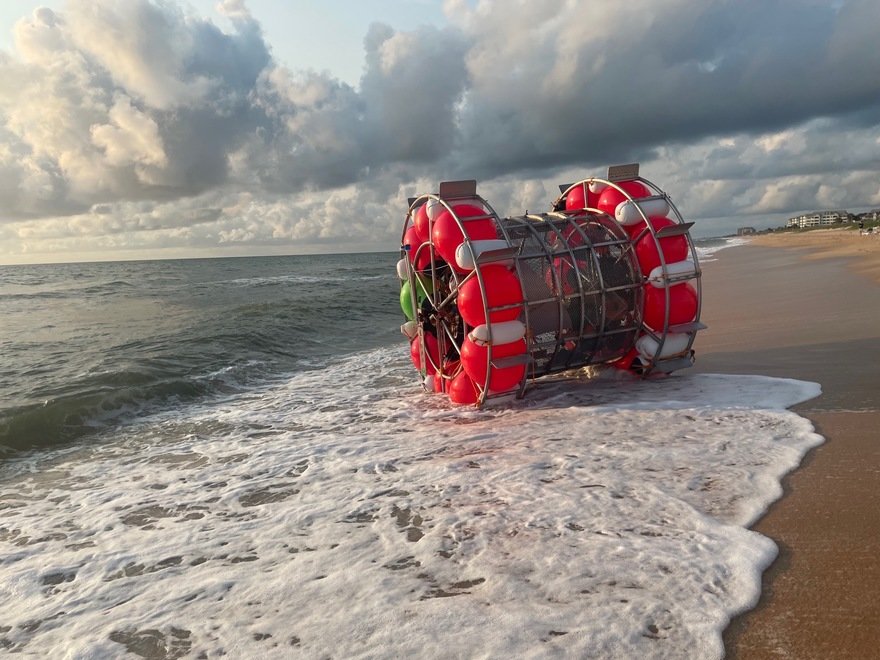 Impressively, he made it some 25 miles before beaching due to “complications,” according to the Flagler County Sheriff’s Office, who began receiving calls from startled beachgoers. 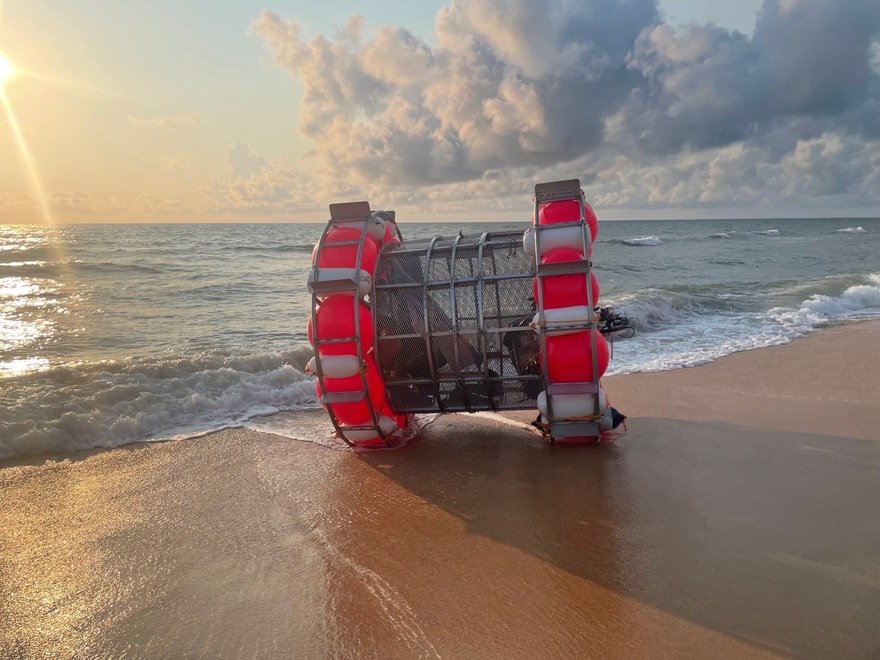 As the Times reports,

“The man, Reza Baluchi, said in an interview on Monday that he had spent thousands of dollars and nearly a decade on making improvements to the homemade craft, called a hydro pod. It was equipped with a satellite phone, a water filtration system, a solar array, neoprene wet suits and a stockpile of granola and ramen noodles for when he embarked from St. Augustine on Friday for what he expected would be a three-week trip.

“But the next day, when Mr. Baluchi, 49, realized that his backup GPS device and charging cables were missing — he said they were stolen — he cut short his Homeric odyssey. His aborted adventure startled and bemused beachgoers.

“[Baluchi] said that he was hoping to use the attention from his trip to raise money to help homeless people and for other charitable causes.” 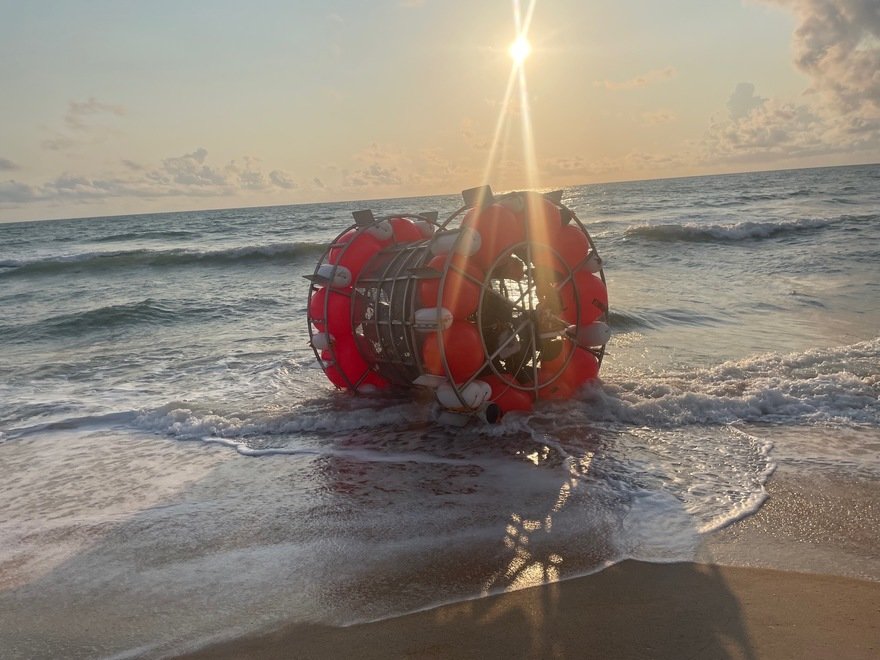