This story posted on r/AITA by Redditor u/foodormoney may put you off at first. “AITA for asking my gf not to eat so much,” the author asked in the headline, immediately adding that he “knows the title sounds bad but this is a pretty specific situation so please hear me out.”

He’s been hanging out with his new girlfriend Ashley, who’s “a heavier person and a vocal advocate for body positivity.” The incident happened when the couple went over to the author’s grandmother’s house for dinner. It turns out, the grandma takes it as her duty to feed the whole family even if she cannot afford it. All the family is aware that she will be living on leftovers for the week, so they take just a small portion to eat.

But Ashley was completely oblivious to the whole situation, and made herself a feast. Now the author wants to know if he was right to tell her to eat less, and people online weigh in.

This person wants to know if he was wrong to tell his GF to eat less when they dine at his grandmother’s house, since she’s broke and lives on leftovers 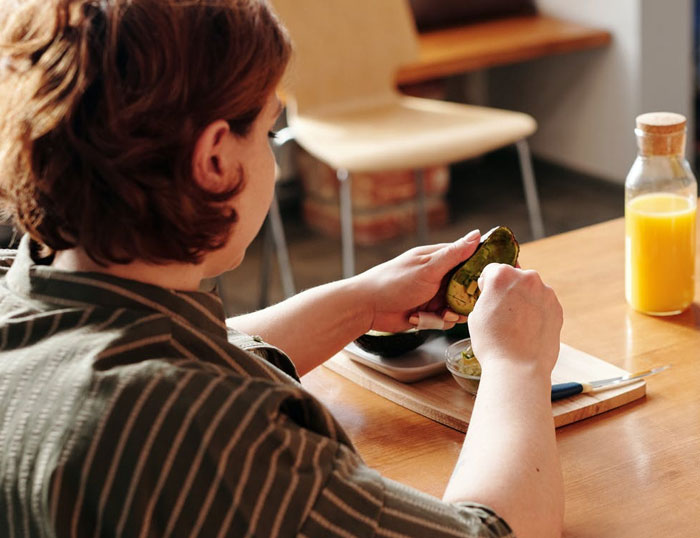 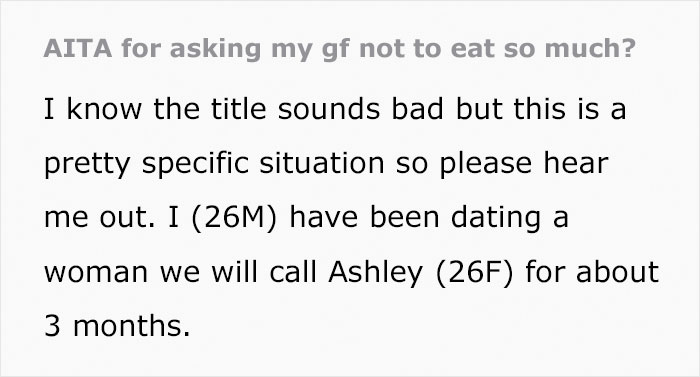 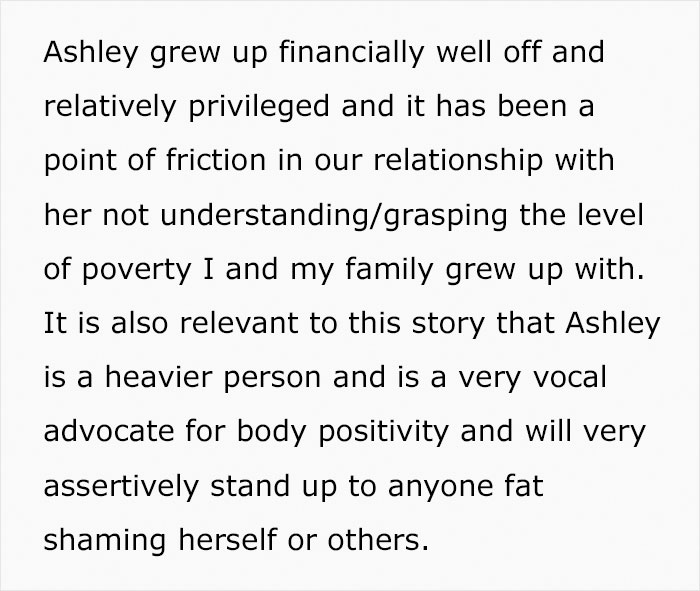 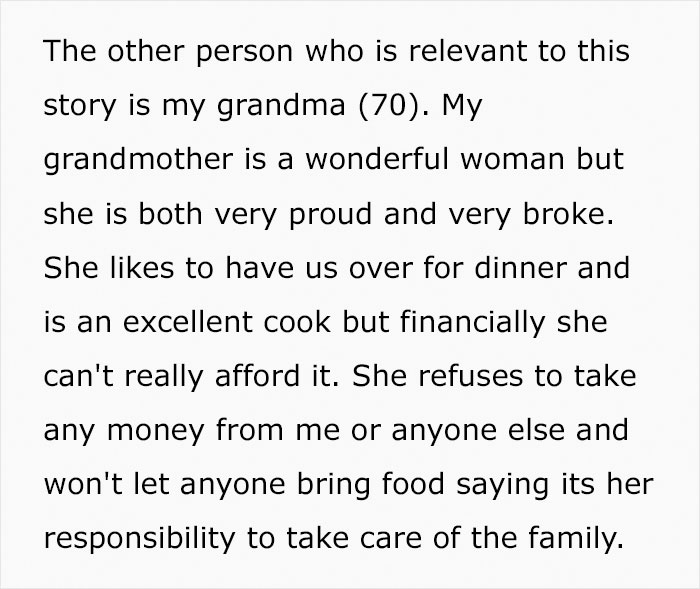 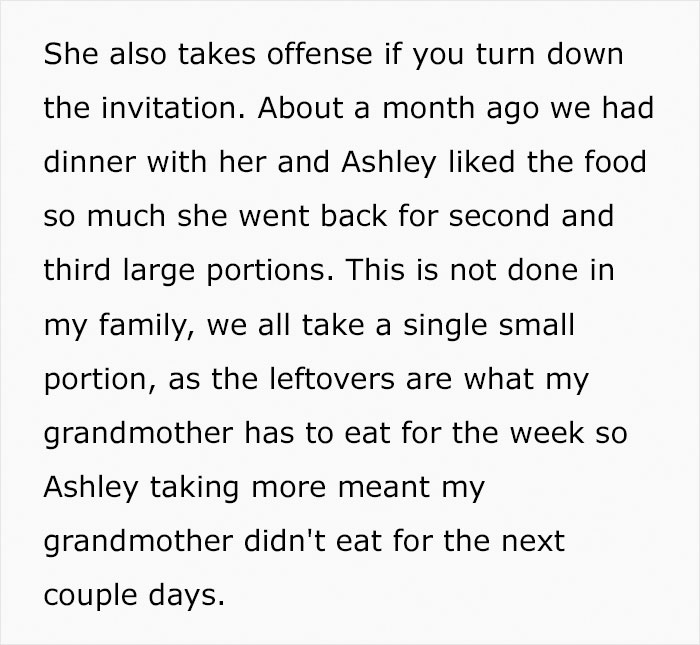 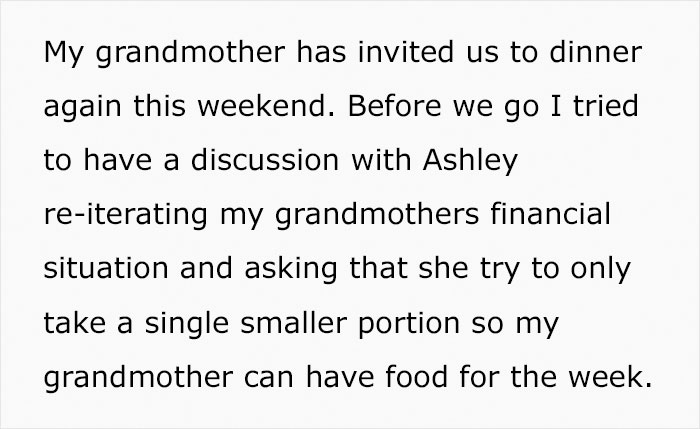 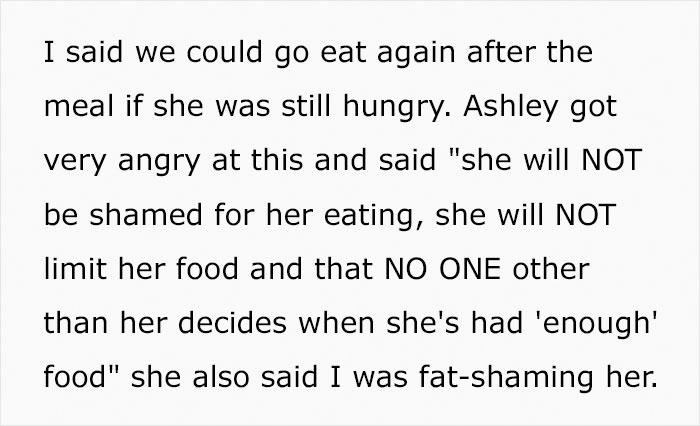 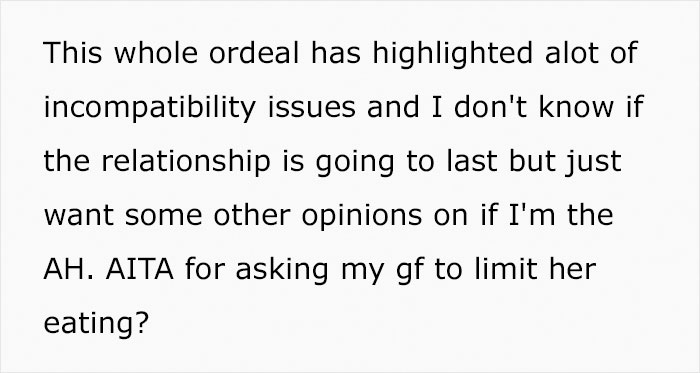 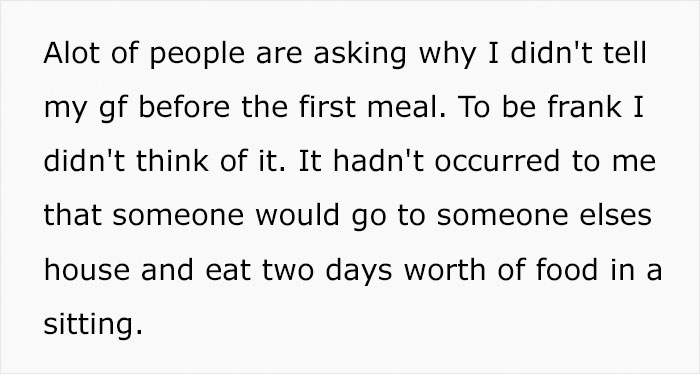 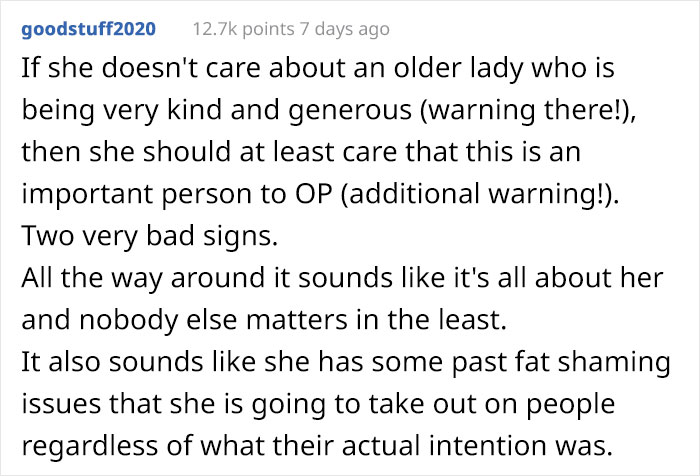 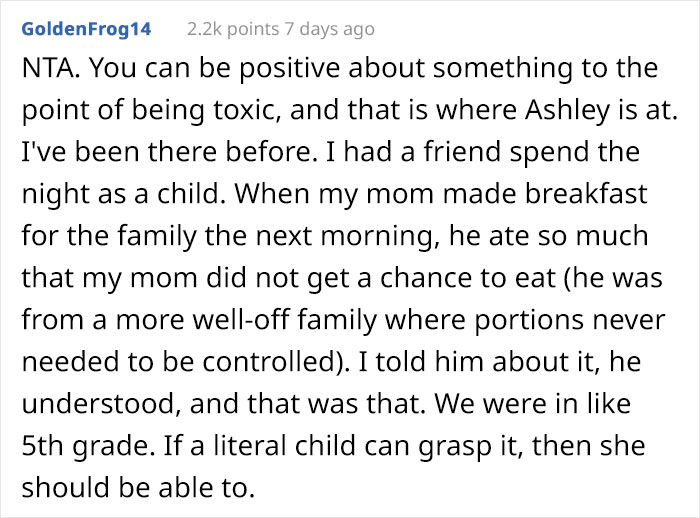 Others said that everyone is TA in this situation 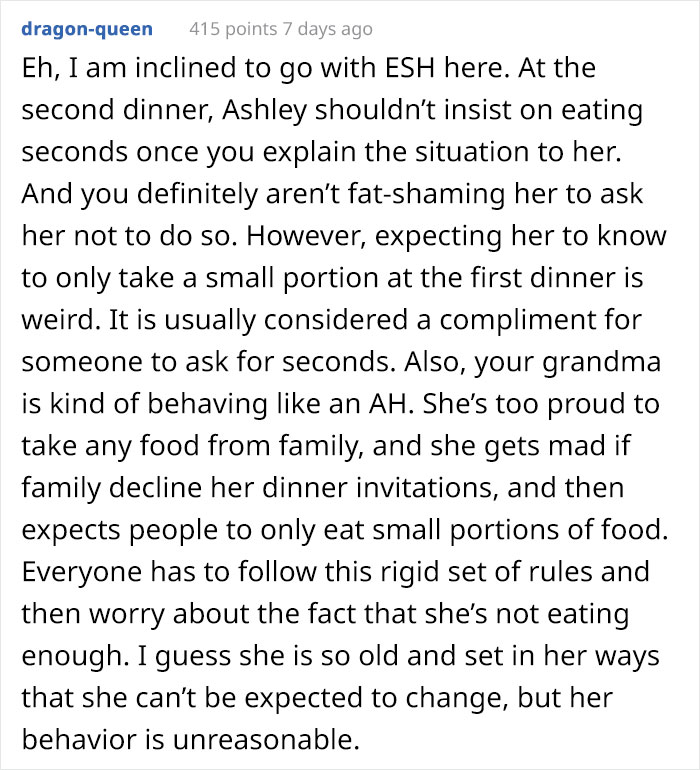 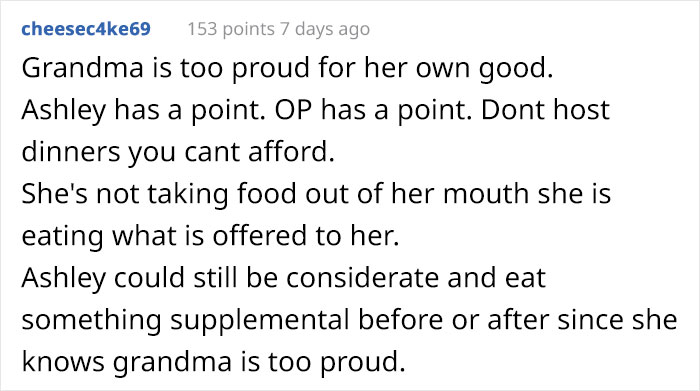 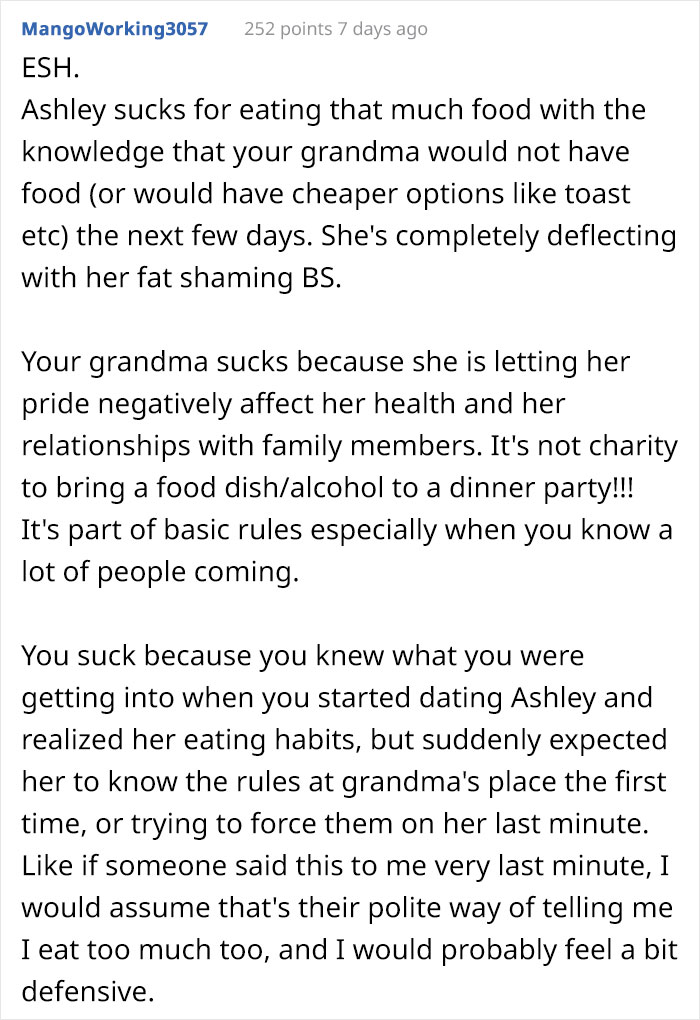 The post Guy Is Accused Of Fat-Shaming His GF After He Asked Her Not To Eat So Much Of His Broke Grandma’s Food first appeared on Bored Panda.