In the US, servers mostly earn from tips as federal laws allow their employers to pay them less than minimum wage because they take into account that the amount will be reached through tips, but at the same time, tips aren’t mandatory, so some customers don’t leave them.

Which infuriates some servers as they depend on them and think that more people who never worked in the industry should be aware of it. However, there is the other side of the argument, which TikToker Amir Abdallah points out, which is that it’s not the customer’s fault servers don’t get paid enough and they should be yelling at their employers instead. 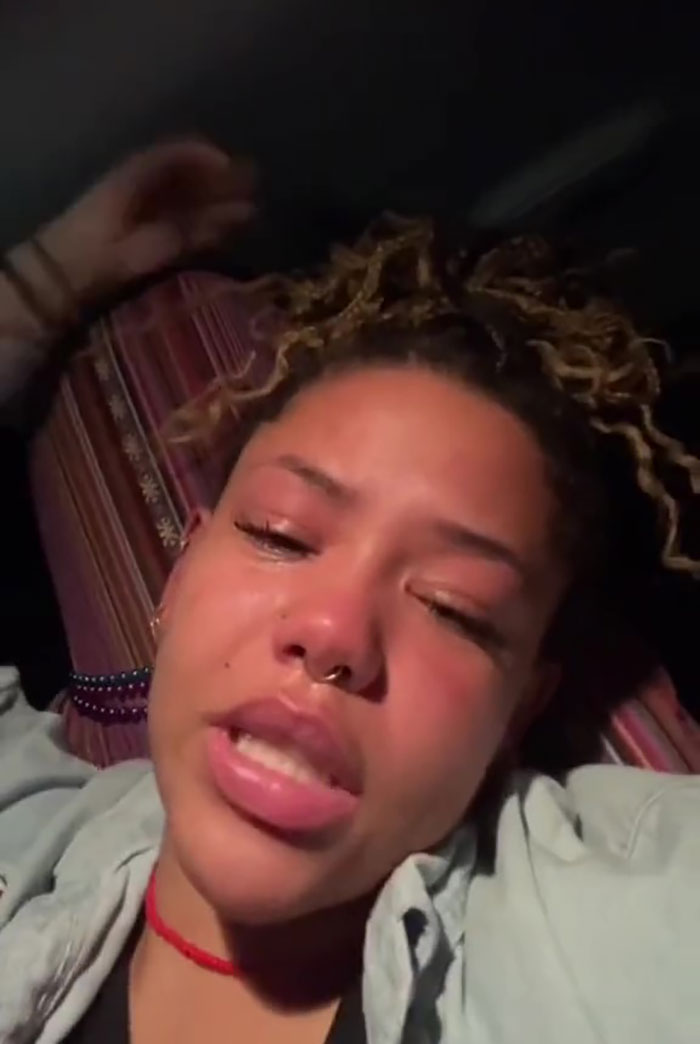 It is very understandable that anyone who has a job wants to be paid for it enough to be able to survive. If you are someone’s employee and not working for yourself, you receive your wage from them, but it’s different for hospitality industry workers as they often earn extra from tips.

But in the US, the tips aren’t extra money that you get for being nice and helpful; it has become part of the severs’ salary when even the law acknowledges it. That’s why Americans are used to tipping 15-20 percent from the amount they are already paying for food.

The weird thing is that although the law takes into account tips, they are not mandatory and the customer can choose if they want to leave some extra money for their server. That is when the issue arises as the customer may not want to pay even more than they already did, but the server gets mad that they went above and beyond but weren’t awarded for that. 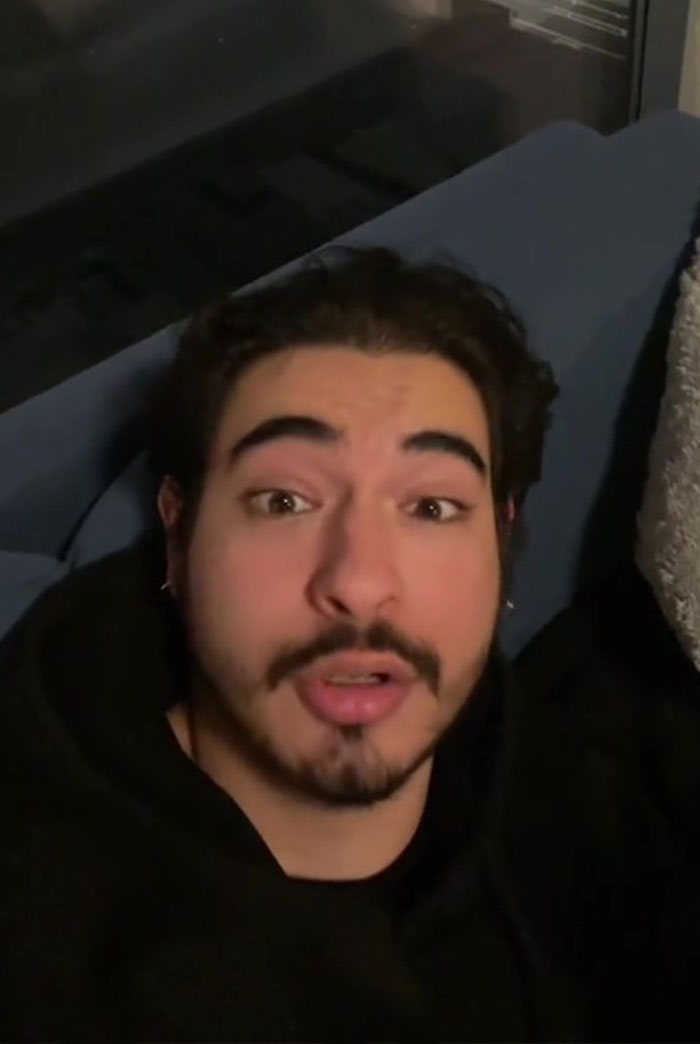 One of those servers is Daylie Waters, who went on TikTok to make people who don’t tip or don’t have money to tip and still go out to eat feel bad for doing that because her life depends on it. She also adds that she has no respect for those people.

The server explains that her job is not easy and servers don’t get credit for what they do. The job itself isn’t the only hard part. Being a server means working with customers and that means that you have to forget about your worries and hide your bad mood when serving them, act nice and look happy helping them.

This is all true and you can understand why it is frustrating not to get a tip after, but another TikToker stitched Daylie’s video, giving another perspective. Amir Abdallah thinks that servers are yelling at the wrong people. They go on social media and slam the customers but never talk about what is the true culprit here.

If an employee is getting paid too little, it is the employer’s fault because they are the ones providing the job, so they need to pay for it. He also puts part of the blame on servers too because they knew what kind of industry they were entering and what kind of job they were starting.

At the same time, the TikToker understands how the industry works and he leaves tips even if he doesn’t have money for it, but disagrees that people who don’t should be publicly called out like that and shamed.

Some people in the comments agreed with Amir and pointed out that servers feel entitled to tips even when they don’t give good service. They believe servers should direct that energy they waste complaining about customers on the internet to talk with their employers.

Even under Daylie’s video, you can find comments saying that her not earning enough is not the customer’s fault and it’s in the job description to give good service. But there were also people who worked as servers and were not sure they have the power to change the system, the opportunities to change their jobs, and believed that people have to work the job to understand why not being tipped is so frustrating. 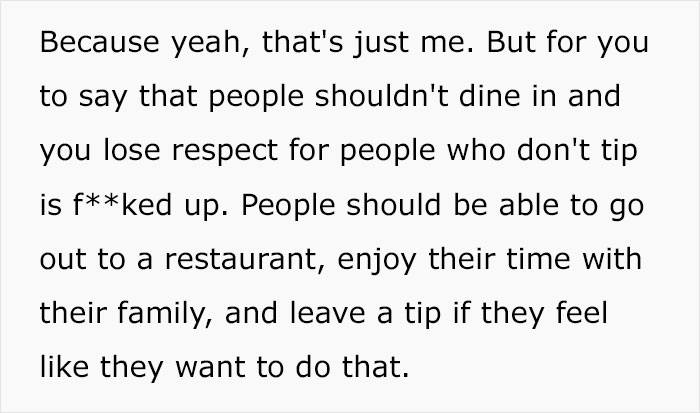 Another interesting thing to point out is that some people reacted to the part where Daylie said that she doesn’t have respect for people who don’t tip by revealing that in their culture, it is actually the opposite.

So let’s look at how tips are viewed in different parts of the world because when people talk about ‘tipping culture’ in the US, they are referring to an actual part of a country’s culture.

Rick Steve’s Europe suggests not to stress over tipping because in most European countries, “tipping in Europe isn’t as automatic nor as generous as it is in the US, and in many countries, tips aren’t expected at all.”

To make a change, servers need to start yelling at the right people instead of making customers feel bad if they can’t tip 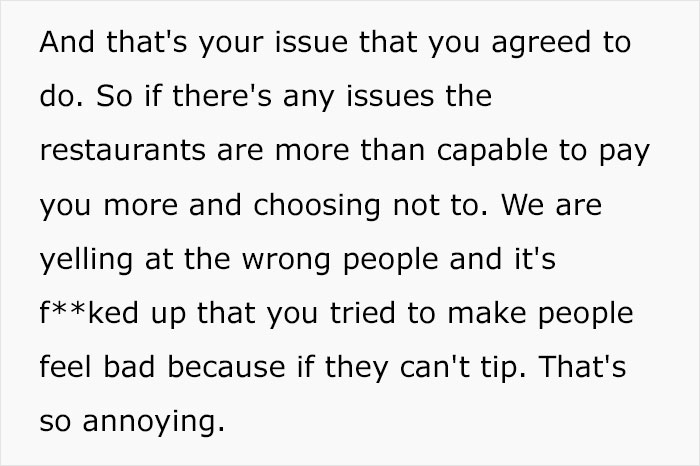 While in the US, tipping is expected and servers actually depend on it, so people try to leave as much as they can, in Europe, tips are appreciated no matter the amount. However, in many Asian countries, it is very uncommon, and in a few, they will actually get offended if you offer them money.

A big example of this is Japan. Link Japan Careers explain why Japanese people may take offense if you insist that they keep your money: “they value dignity and respect much more than tipping. The Japanese believe you are already paying for a good service, so there is no need to pay extra by tipping.”

A person in the comments also added that they might take you giving the money as an insult because you think they look like they don’t earn enough and consider your tip to be charity rather than a sign of gratuity.

You can watch Amir’s video below

Leaving tips or not leaving tips aren’t inherently wrong, but the point Amir wanted to make was that in the US, servers expect and even require customers to tip when it’s legally not mandatory, but they have made it morally mandatory and want to prevent people from eating out.

We would like to hear whether you agree with Amir’s “unpopular opinion” or you think that because the law expects servers to earn their money through tips, they are allowed to expect extra money from customers. Leave your thoughts in the comments.

There were some people who disagreed and were on the server’s side, many of them found it hard to understand how they are to blame 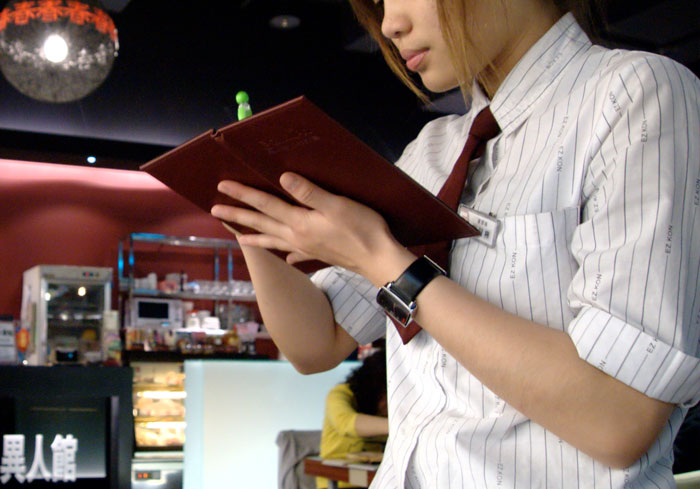 The post Guy Is Sick And Tired Of Servers Who Keep Slamming Non-Tipping Customers, Gives Them A Reality Check first appeared on Bored Panda.