I know some people view dating as a game but the dude you’re going to hear about has gone even further: to him, a relationship is manipulating his partner into eternal misery and submission.

Seeking relationship advice and not knowing where to turn, Redditor ThrowRA-doistink made a post on the platform, asking other users why her boyfriend keeps telling her that she has body odor.

However, soon after, the woman (who, by the way, has perfect hygiene) got the answer from the guy himself. Turns out, it’s a tactic he uses to crush her self-esteem…

If the situation sounds weird and wrong, it’s because it is. Just keep scrolling and you’ll learn all about it. 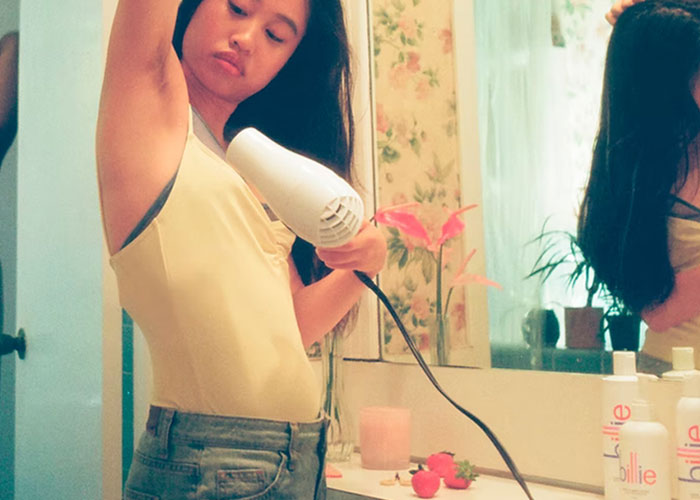 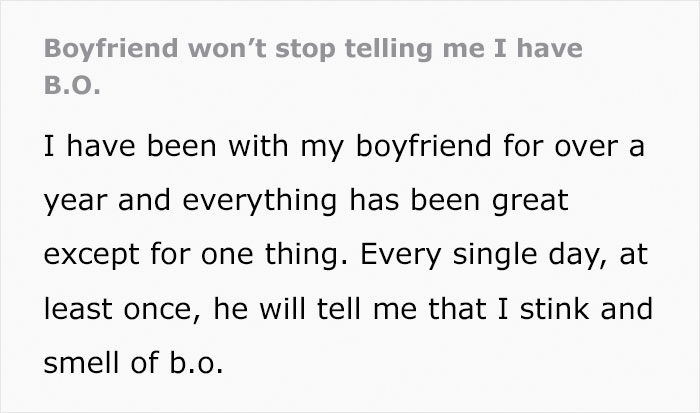 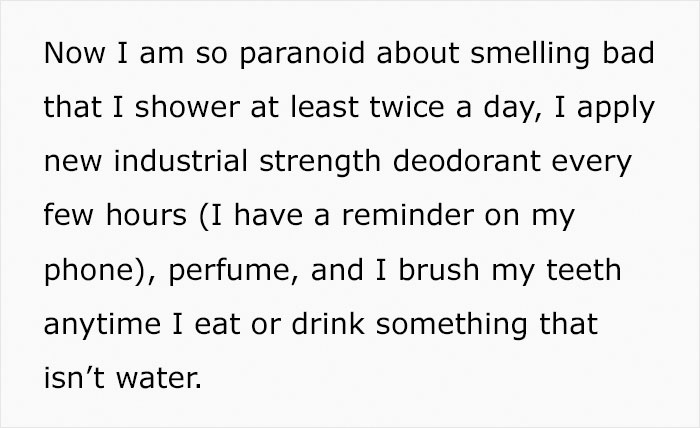 Dating coach Hayley Quinn thinks that we all probably try to change our partners to some extent. “We remind them to put the washing out, buy them some clothes for Christmas that we like, and to stop burping out loud,” the 2.5 million view TED speaker told Bored Panda. “What makes the difference though are two things. One, do you fundamentally accept your partner as they are, or are you only attracted to them when they act in the way you like? Do you see them as a ‘fixer-upper’? Secondly, what tone do you speak to them in? If you’re telling them that how they are is wrong / unattractive / that no one else would put up with it… then you’re crossing a line. Instead, work out if who they naturally are is someone you can accept (and cherish) or move on.”

But it seems that ThrowRA-doistink wasn’t the only one with who her boyfriend wasn’t satisfied. His desperate attempt to avoid getting dumped can also be an indication of the man’s inability to live with himself.

“If you find yourself convinced your partner will cheat, or always on high alert for a potential date messing you around, this could be telling you less about them and more about your own insecurities,” Quinn said. “We’ve all had bad experiences but it’s really important that you cultivate positive expectations both for dating, and your future partner. Start to trust that if they’re spending their time with you, that they are attracted to you, and now it’s your turn to work out whether you think you’re compatible with them, or not.”

People were appalled by the guy’s behavior 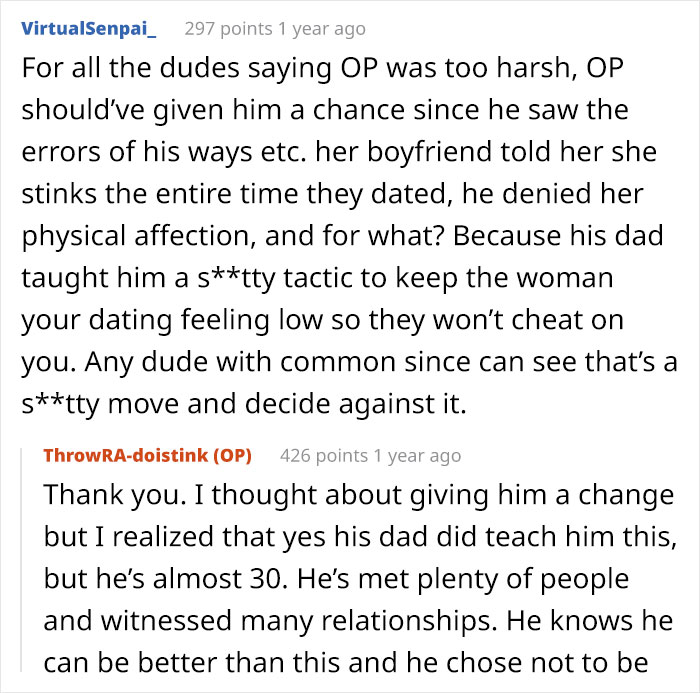 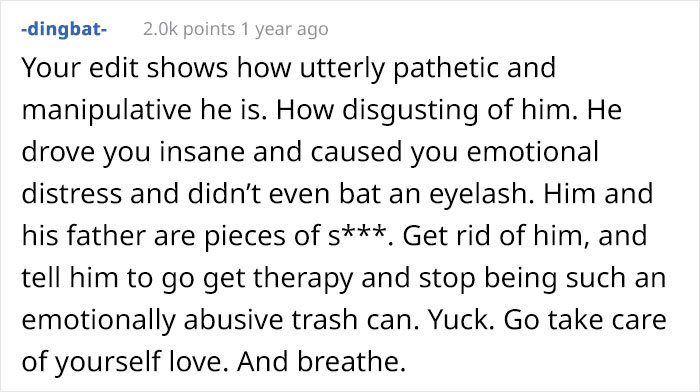 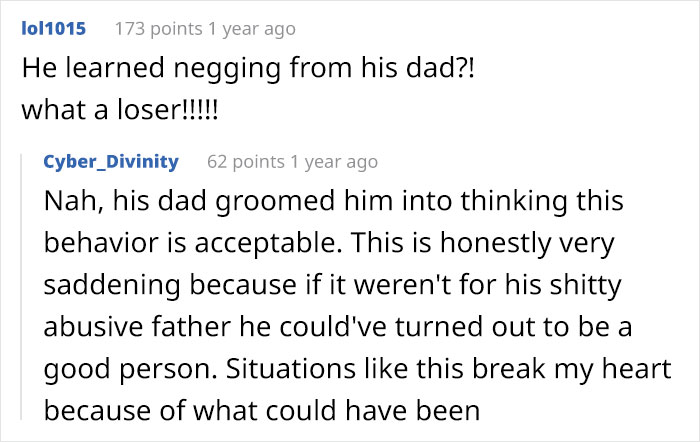 The post Guy Keeps Telling His Girlfriend That She Smells Bad, Turns Out His Dad Taught Him This “Secret Technique” first appeared on Bored Panda.