While nature can be a thing of beauty and wonder, it can just as much be an element of destruction.

On the night from Friday to Saturday, raging storms unleashed absolutely devastating tornadoes across parts of the central and southern US. One of the many locations hit was Mayfield, Kentucky.

Words cannot express the tragedy that has befallen the town that now mostly lies in shambles. But pictures can certainly try. One hobbyist photographer captured some breathtaking pictures of how hard the town was hit, which spoke volumes to many people online.

It’s hard to put a tragedy into words, but pictures have much more power, and this man pulled it off with his now viral photos 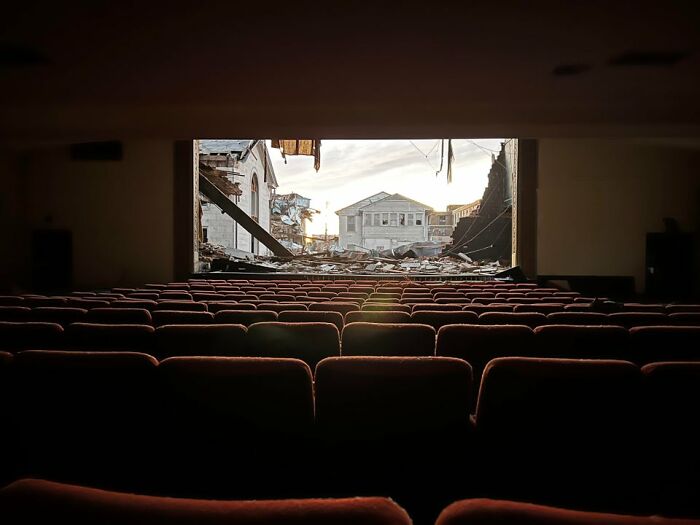 According to CNN, a number of tornadoes were ravaging through several states in the central and southern US. They destroyed a consumer products candle factory in Kentucky, an Amazon warehouse in western Illinois, and a nursing home in Arkansas, affecting many other locations, like Mayfield, Kentucky.

In Kentucky alone, it is reported that more than 70 people could have been killed during these tragic events.

Shawn Triplett, a resident of Mayfield and a hobbyist photographer with whom Bored Panda got in touch, shared 8 heart-wrenching pictures of the aftermath in the r/Pics part of Reddit. 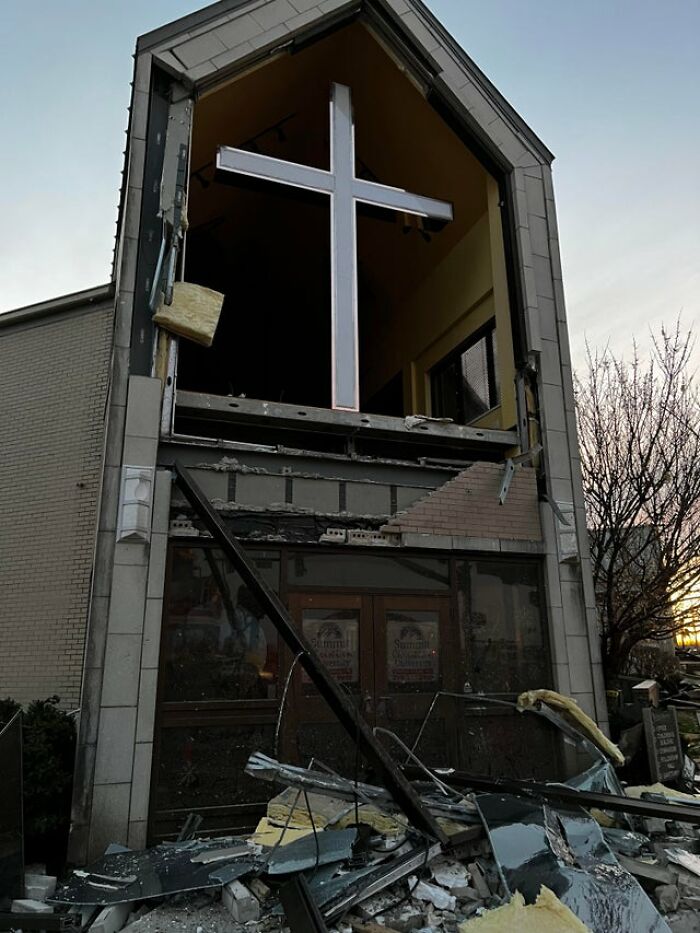 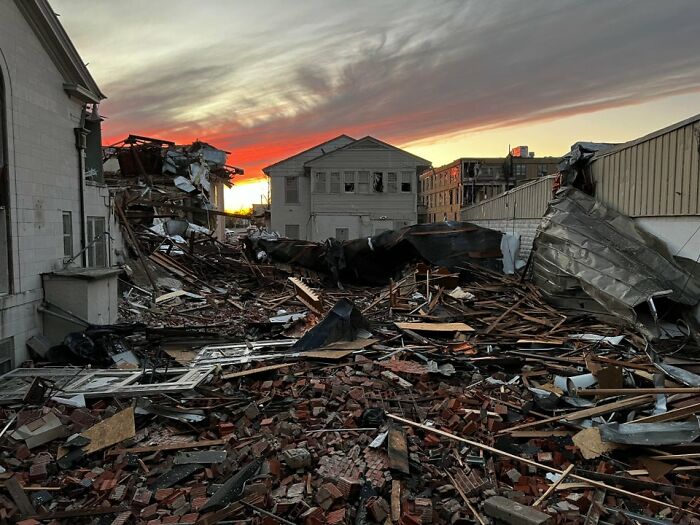 “This tornado was the longest continuous tornado in American history. It traveled over 4 states and 250 miles,” elaborated Shawn. “The tornado was rated an EF4 and was roughly a mile wide.”

“It directly hit the town of Mayfield, taking out most of the downtown with it along with the industrial area and several neighborhoods. It displaced hundreds of families and countless jobs.”

If you’re wondering what an EF4 tornado is, wind speeds reach 166–200 miles (or 267–322 kilometers) per hour, and it’s rated as capable of devastating damage. Think trees partially debarked, cars mangled and thrown in the air, frame homes completely destroyed and some swept away, and moving trains blown off railroad tracks. 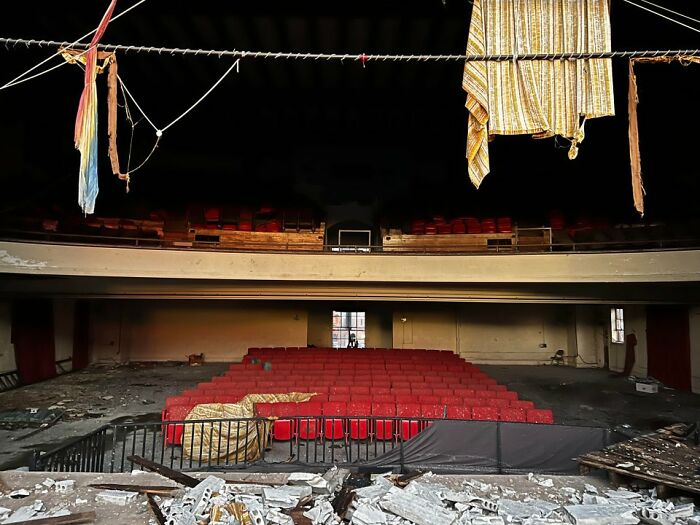 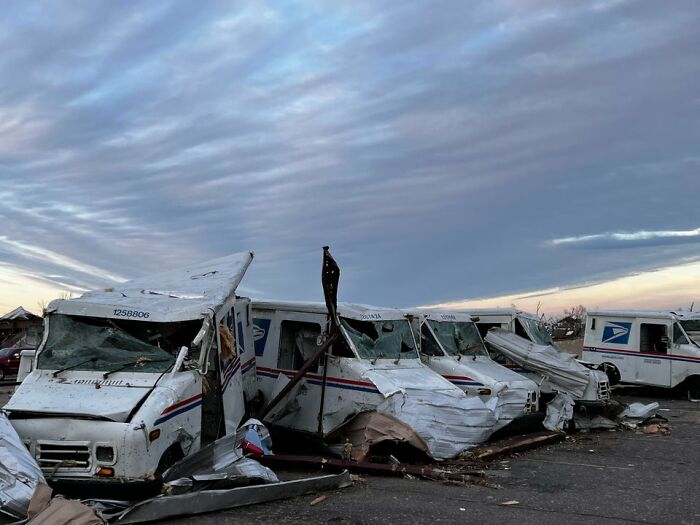 In Shawn’s photos, you can see just that: buildings leveled, cars mangled, debris and rubble everywhere. One particular picture spoke volumes—a snap in a movie theater, from the perspective of the viewers, an empty cinema with a heartbreaking view of the devastation framed perfectly where the screen used to be.

This and the 7 other pictures resonated greatly with the Reddit community. Within 12 hours, the post already had over 130,000 upvotes, and as of this article, it’s over 155,000. The post also managed to garner over a whopping 1,300 Reddit awards.

“My photo is emotional. To be honest, I cried later on when I saw it. It stops you in your tracks. It helps people understand how bad it can be and how well they might have it as a result,” said Shawn about his photographs.

The post had over 130k upvotes within 12 hours of posting, and over 155k within a day, getting 1,300 Reddit awards along the way 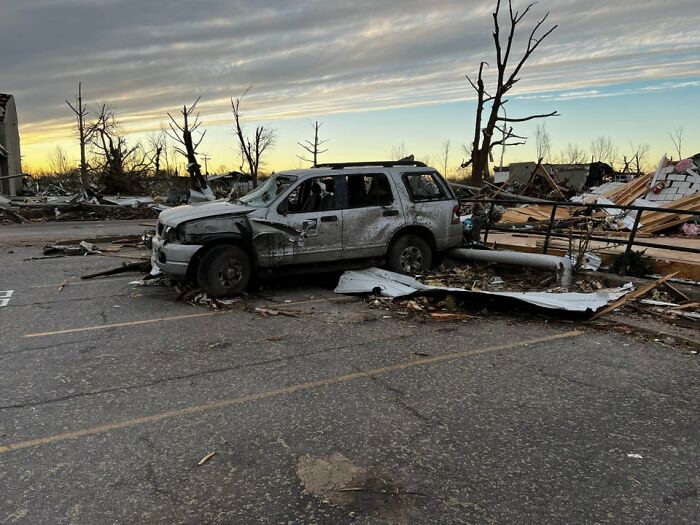 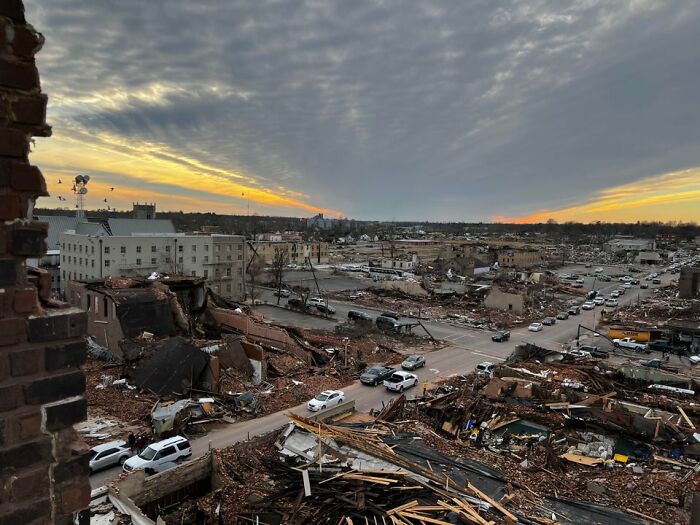 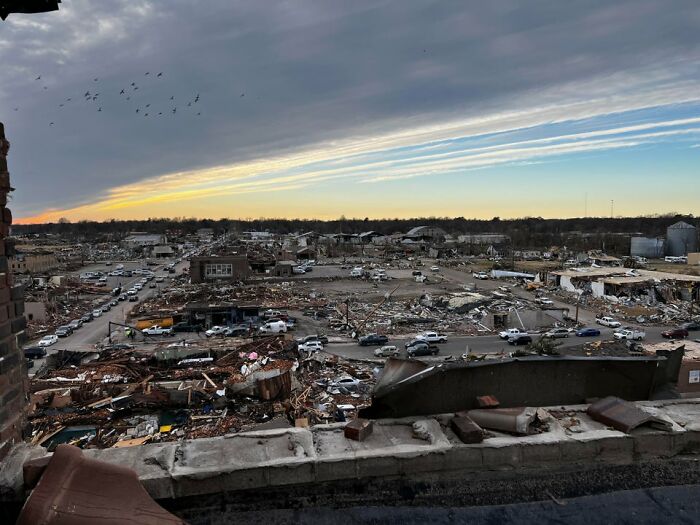 Shawn’s home was a few miles away from the affected area, and both he and his family are safe. But he’s not sitting idle. Soon after his pictures hit the airwaves, he also launched a tornado relief initiative for the kids of affected families, something positive in an otherwise very horrible situation with Christmas around the corner. 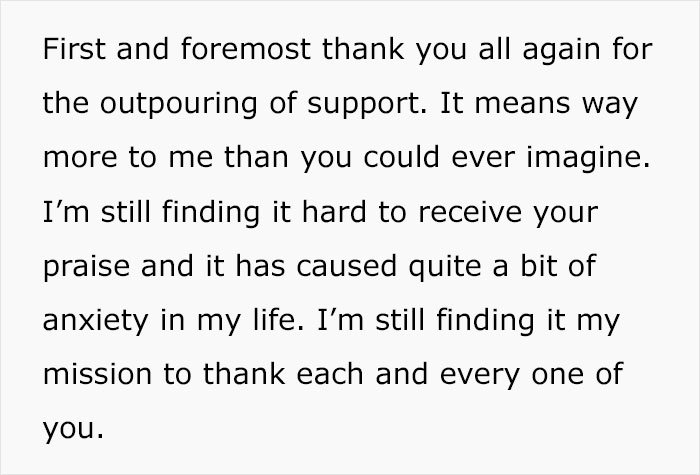 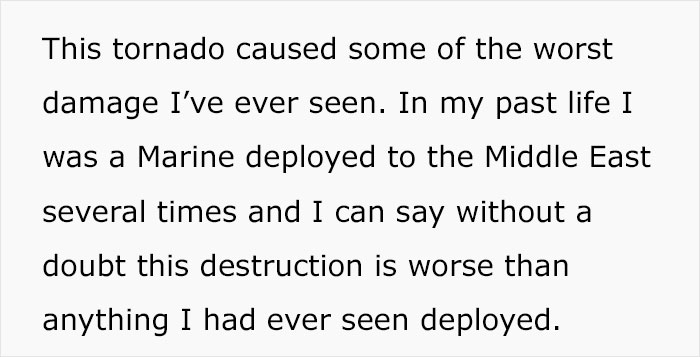 “I chose to raise money for kids that lost everything in the damage. There’s a lot of kids living in shelters, in temporary government housing, or staying with friends and families. What we’re doing is raising funds. I’m going to Walmart daily to buy truckloads of toys. Walmart has also agreed to provide a 25% discount on all purchases for us. We’re then going to gift-wrap the toys, I’ll dress up as Santa, and we’ll hand the toys out to kids most in need,” he elaborates on the fundraising page.

So far, he has managed to raise $10,000 independently, but the funding campaign ought to bump it up even more. As of this article, there’s over $5,000 already raised. This is besides all of the support other businesses in the community, like Shoe Sensation and Woobies Shoes, have provided.

People had nothing but praise for Shawn, bringing in over 3,000 comments to the post 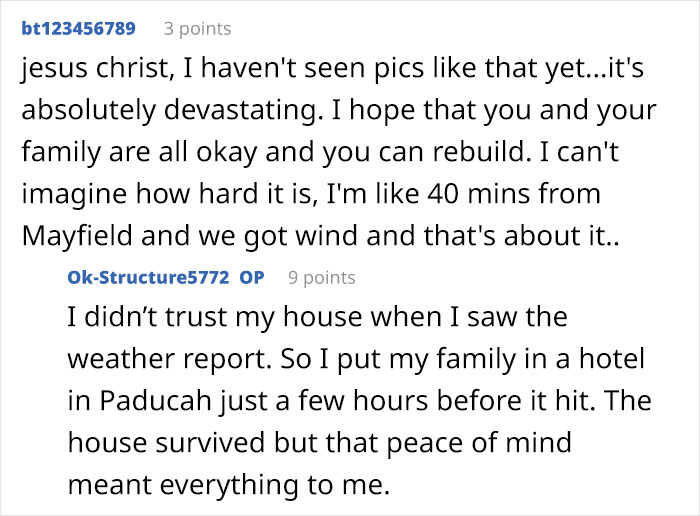 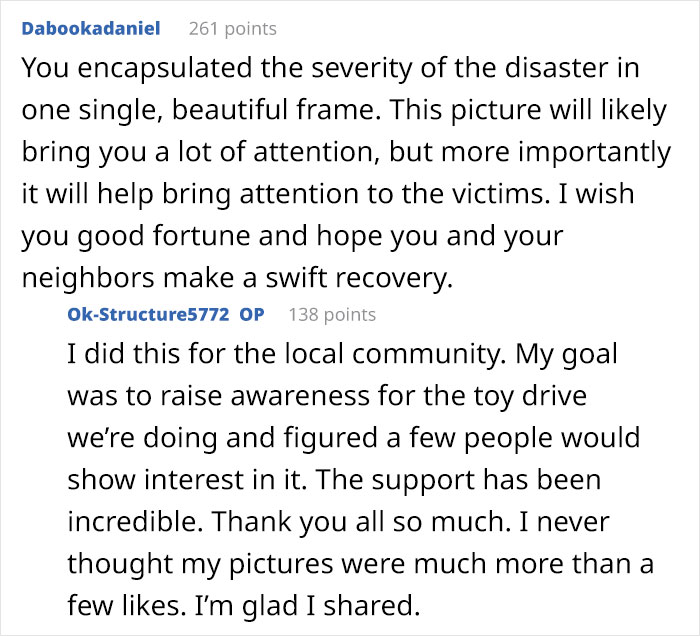 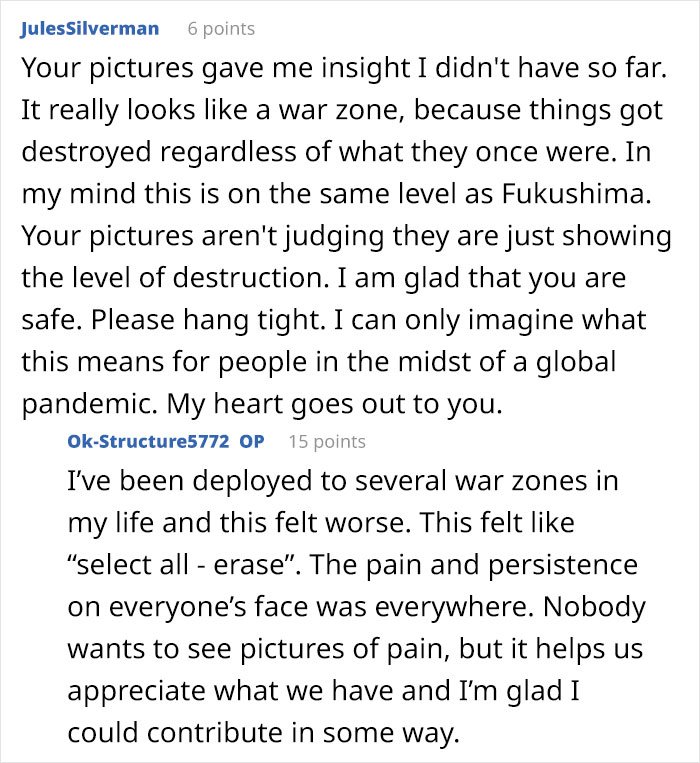 “I was honestly hesitant to share the pictures. If it wasn’t for a friend encouraging me, I never would have done it,” explained Shawn. “I assumed a few people would like them, but the instant support I received is overwhelming. I’m glad everyone can take it all in like I did. My goal was to bring attention to the situation and possibly get a few donations for my toy drive.” 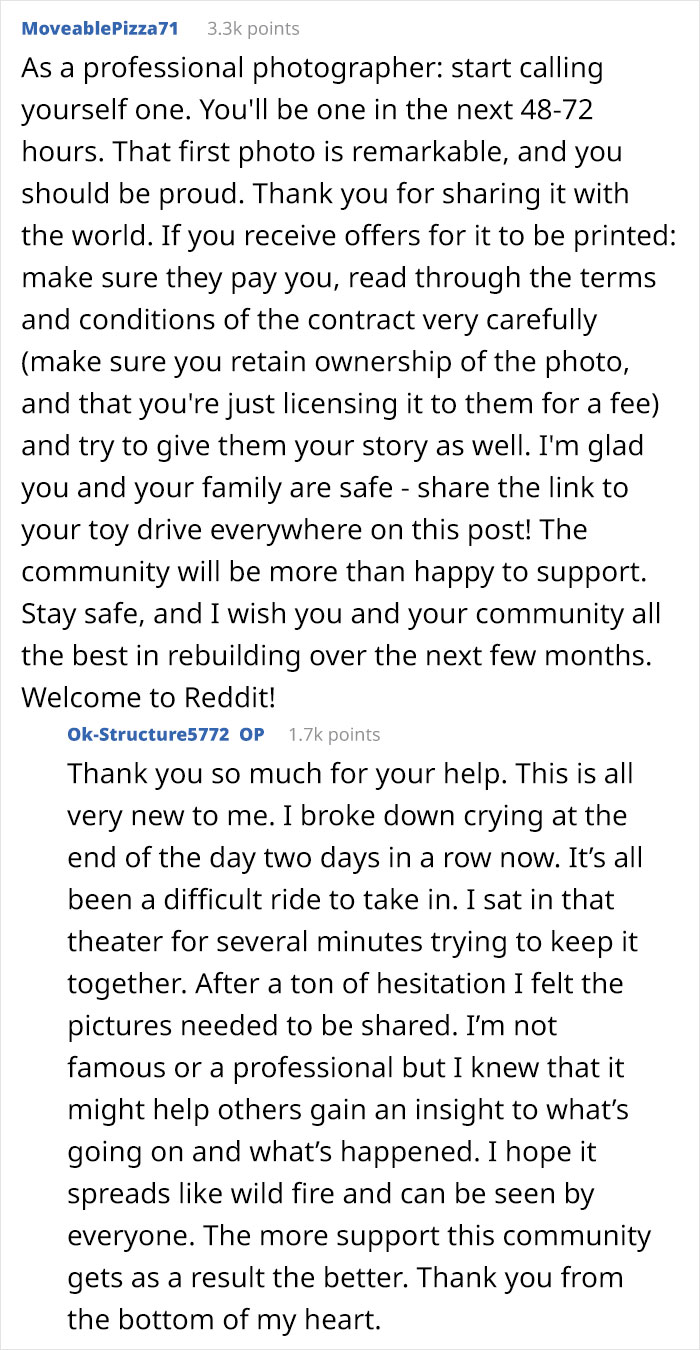 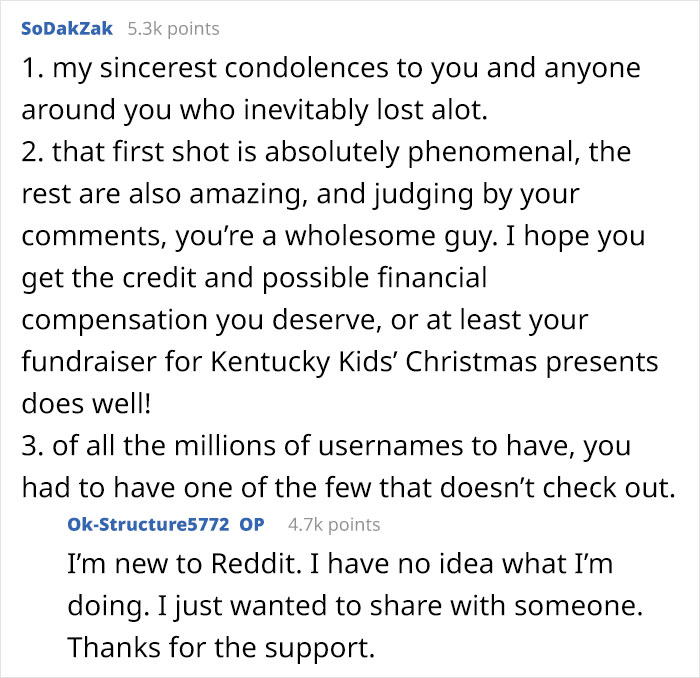 People of Reddit gave some extremely positive feedback, especially on the movie theater picture. Many have said that though Shawn considers himself a mere hobbyist, he ought to give himself more credit as the photos do look very well-made and professional.

Others also commented on how perfectly he encapsulated the severity of the disaster, powerfully enough to draw attention to the issue and possibly move people to act. If anything, he deserves a medal. Or 1,300. 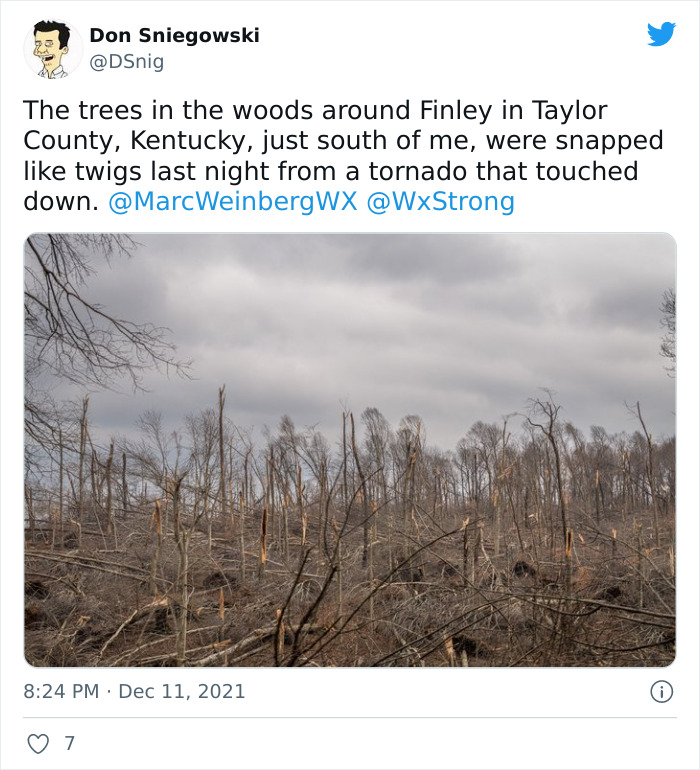 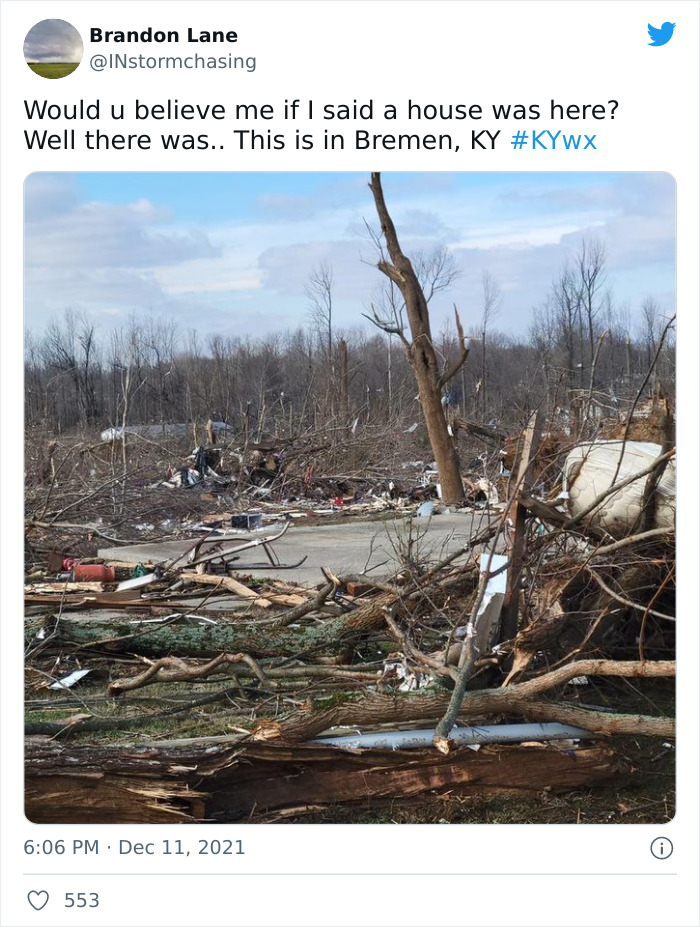 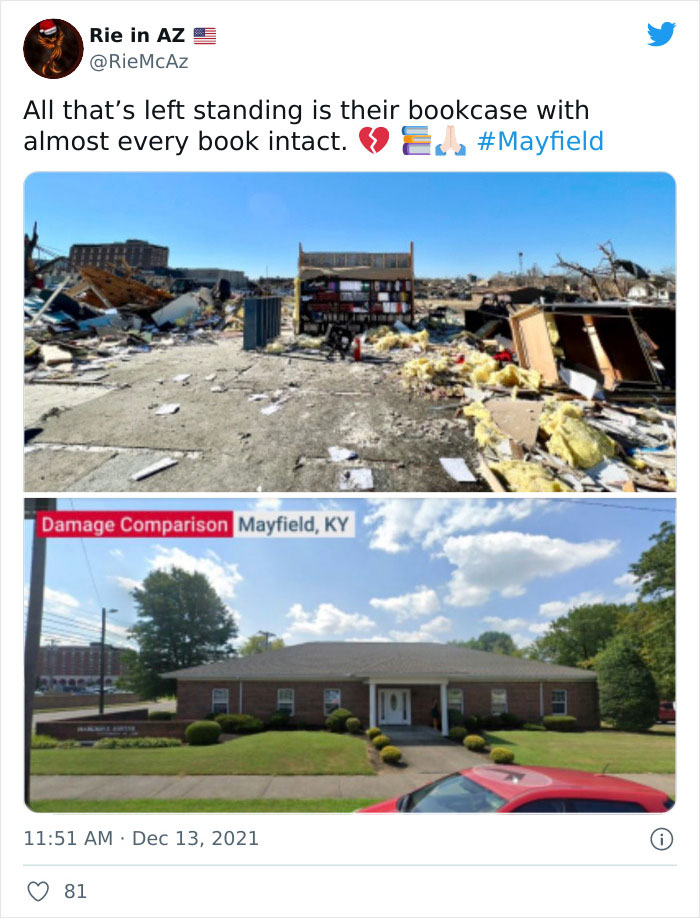 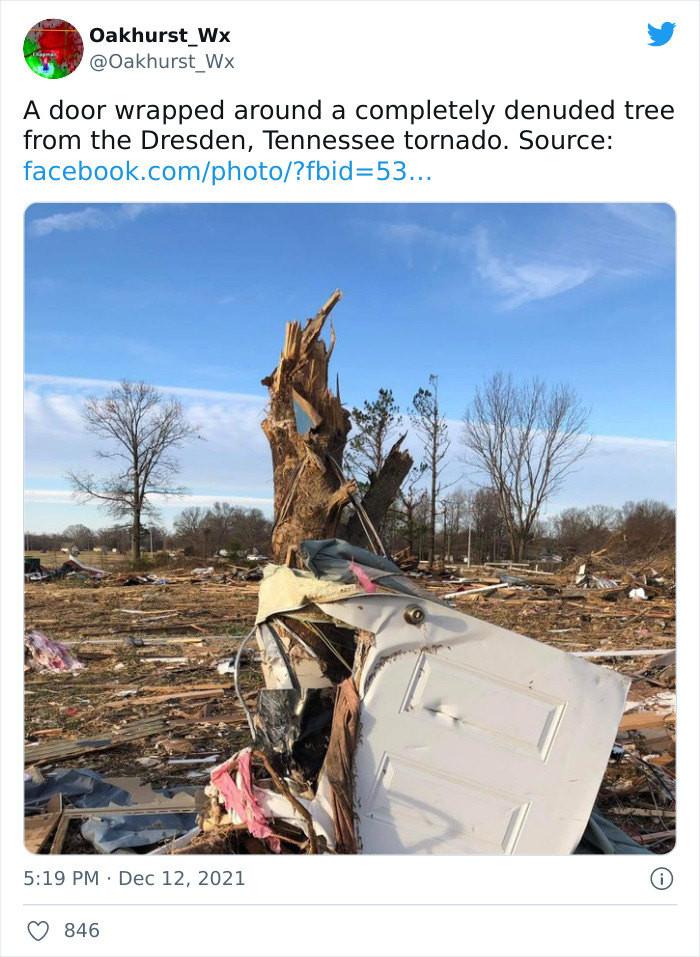 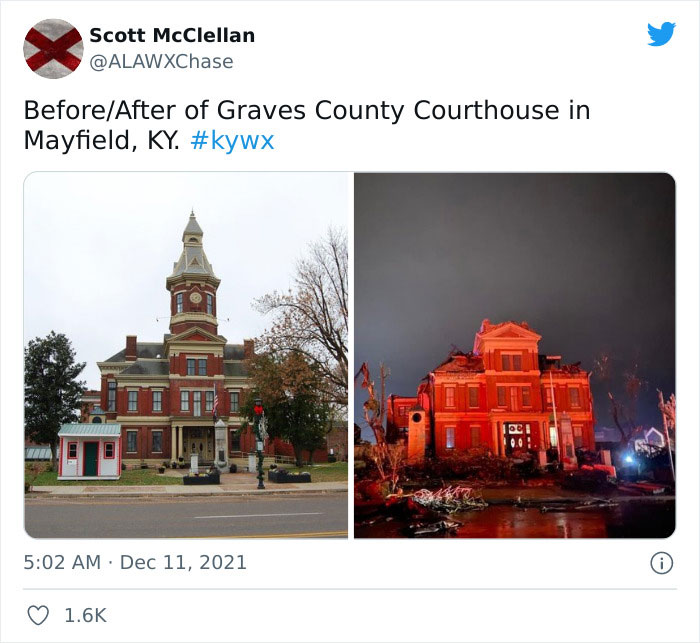 You can check out the post in full here. And while you’re at it, why not visit the GoFundMe and earn some karma by donating and bringing a smile to kids in the Mayfield area. Lastly, let us know your thoughts on all of this in the comment section below.