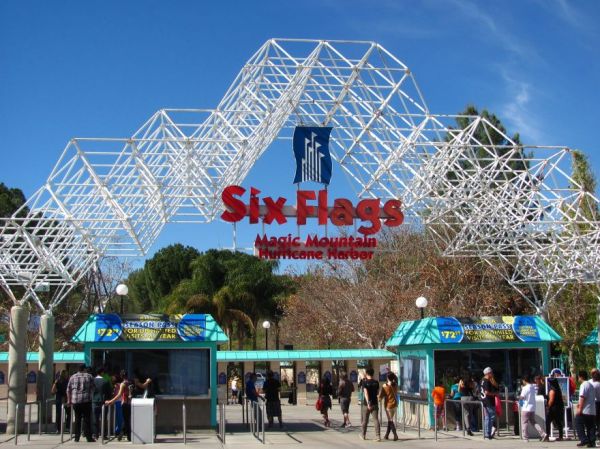 Last fall, we learned about Dylan, who ate all his meals at Six Flags Magic Mountain amusement park with  a $150 annual Dining Pass. Over seven years, he saved enough money to pay off his students loans and buy a house. Dylan’s story went viral, and he was interviewed on some major TV shows. At the time, he was still eating a meal every day at Six Flags, but that will soon come to an end when his current pass expires. Six Flags is doing away with the $150 all-you-can-eat plan. The park’s new pricing structure doesn’t have any plan offering unlimited meals. In fact, the most expensive plan will now only come with ten meals for the year.

Did Dylan’s viral story have anything to do with the annual pass plans changing? You might guess that the park probably sold a lot of dining passes right afterward. A representative from Six Flags denies that Dylan’s story had anything to do with it, stating only that the pandemic caused the pricing restructure. Read about what Dylan’s life was like after going viral and how it may have contributed to the scheme’s downfall at Mel magazine.

A Massive Family Retreat With a Cozy, Mid-Century Inspired Interior

What Does The Rosetta Stone Actually Say?

The Library of Obsolete Sounds

The Ragdoll Husband: Uncovering The Truth