Standing inconspicuously in the middle of an empty plot behind some trees, in the small English town of Halifax, in West Yorkshire, is a fearful mediaeval instrument of torture. It’s called a gibbet, and for more than three hundred fifty years it beheaded people for crimes as minor as stealing.

The Halifax Gibbet is a tall wooden structure with a sharp blade at the top, held up by a rope. The condemned prisoner was positioned below the hanging blade and securely fastened. When the executioner cut the rope, the blade, which was weighted down by a large block of wood, crashed down on the prisoner’s neck separating his head from his body. You may identify this device as a guillotine, famously used against members of the monarchy during the French Revolution, but the Halifax Gibbet predates the French guillotine by more than five centuries. 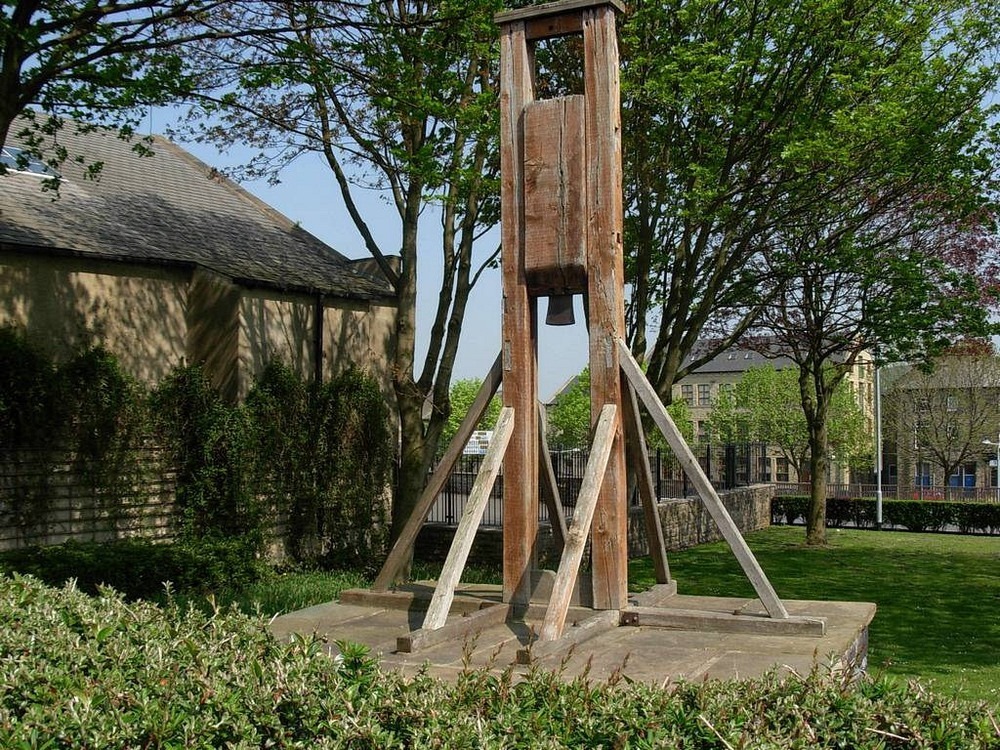