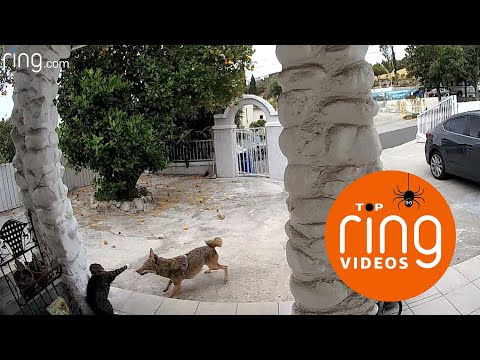 People who use Ring doorbell and security cameras send in unusual things they’ve recorded to the company, which then makes occasional compilation videos for our amusement. This is the Halloween edition, in which we see plenty of costumed characters, some acting as expected and others not so much. There are also creepy critters, from spiders and bats to a bear who wants that pumpkin and a coyote who wants that house cat. While the narration can be a bit annoying at times, they also slip in some Halloween trivia in order to avoid any hint of silence. -via Boing Boing