Marie Antoinette, the last Queen of France, is often portrayed as a frivolous, selfish, and immoral woman whose decadent lifestyle emptied the coffers of the national treasury. She was recklessly wasteful, indulging in excesses even at a time when the country was going through a period of acute financial crisis and the population was suffering. She wore flour wigs when her people went without bread, and dressed in indienne, a textile of Indian origin that was so popular that the Royal French Ordinance had it outlawed in the 17th century to protect local French woolen and silk cloth industries. In the eyes of the revolutionaries, the Queen was the symbol of everything that was wrong with the French monarchy. Eventually, the French people began to blame her for France’s degrading economic situation, suggesting that the country was unable to pay off its debt because of her wastefulness. 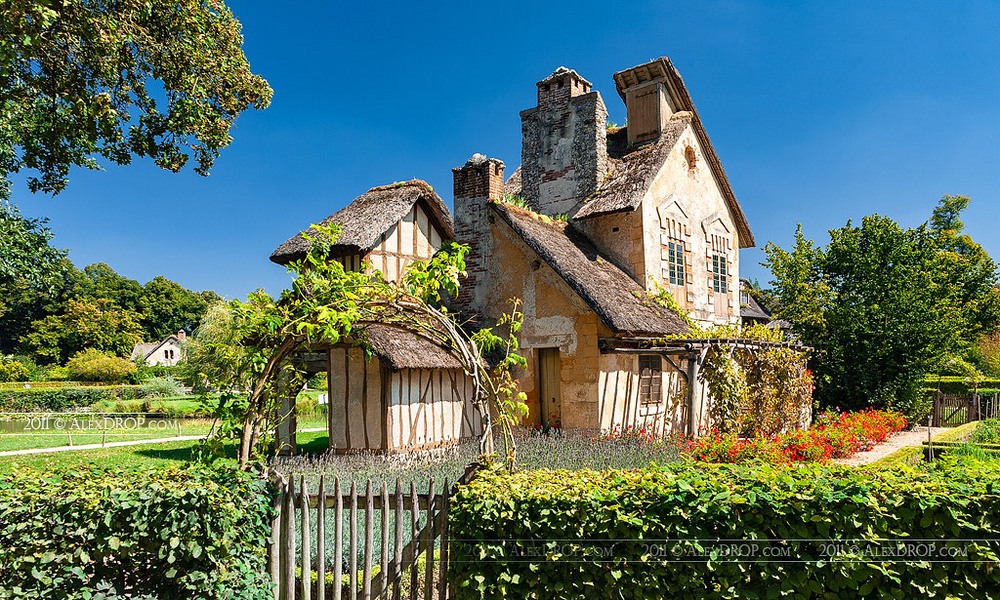 The Mill, one of the structures in Hameau de la Reine, was purely a decorative element. No mechanism or wheel were installed in the factory. Image credit: Alex Drop/Flickr