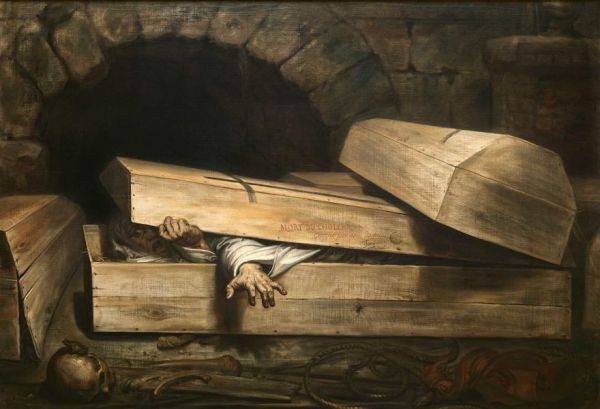 Hannah Beswick lived at a time when premature burials were a real possibility. In fact, Bestwick’s younger brother was in a coffin and ready for burial when someone noticed he was alive, and he lived for quite a few more years. So Beswick went the extra mile to avoid the same fate for herself, making arrangements with her doctor, Charles White, to not bury her until some time had passed and she was dead for sure.

However, the way Beswick’s will was worded, there was a financial incentive for Dr. White to do things another way. When Beswick died in 1758, White carried out her wishes to not be buried immediately. To make that experience palatable, White embalmed her, using an ancient technique that dried the corpse out completely. And she was not buried for another 110 years! Beswick got her wish about not being buried too early, but she ended up a mummy, or what we may call a restless corpse. Read the story of the Manchester Mummy at Amusing Planet.