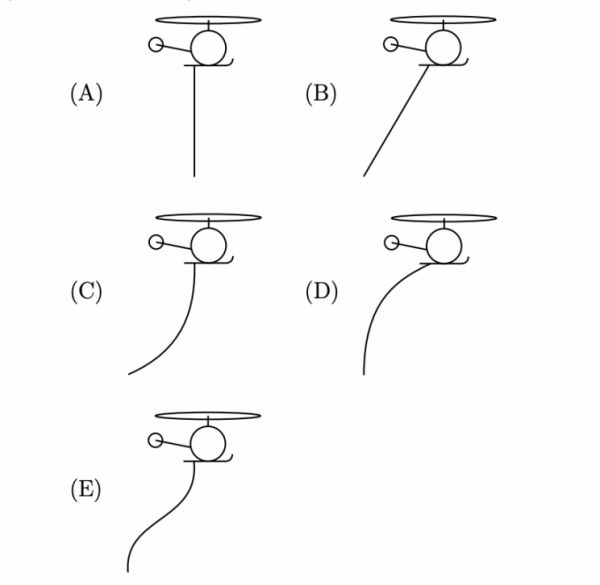 A question used for the 2014 US Physics Olympiad team qualifying exam managed to stick around because it was so intriguing. If you hang a flexible but consistent rope underneath a moving helicopter, which of the above shapes would that rope take? I figured that would depend on other factors, but let’s assume they are not carrying a piano or a rhino. Derek Muller of Veritasium decided to find out once and for all, so he hired a helicopter and a pilot to do the experiment. Think about how you would answer the question, maybe even write it down, and then watch the video. 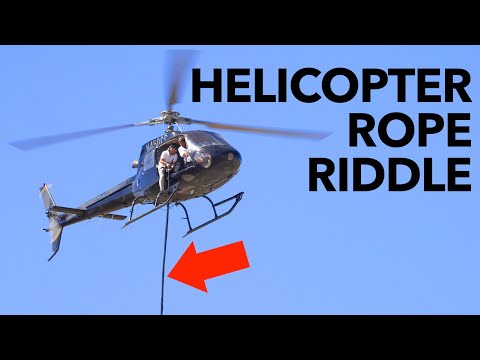 It’s pretty neat that he also tracked down the origin of the question and interviewed the guy who came up with it. Don’t be concerned with the length of the video; the basic question is answered in about four minutes, but then they add some confounding factors that you’ll find quite interesting. The last minute is an ad. -via Digg