Someone in the family has to be in charge of creating the festive spirit during the holiday season. Whether it’s (still) Santa and his little helpers or parents trying their best to sustain the Christmas magic, it’s not an easy job to do. It often falls heavily on the mother’s shoulders. Usually, they take care of most family-related tasks, and holidays are no exception.

Mothers have to deal with headaches ranging from holiday dinners to wrapping gifts. Fathers, on the other hand, have fewer things on their plate. Despite all their efforts, moms are sometimes overlooked when it comes to Christmas presents. One of them, TikTok user @missmear, recently shared her disappointment after she was left empty-handed on the morning of December 25th. To her surprise, a six-second snippet went viral and generated a buzz online.

Bored Panda has reached out to Mary. She was kind enough to answer a few of our questions. Scroll down for our full interview with her. 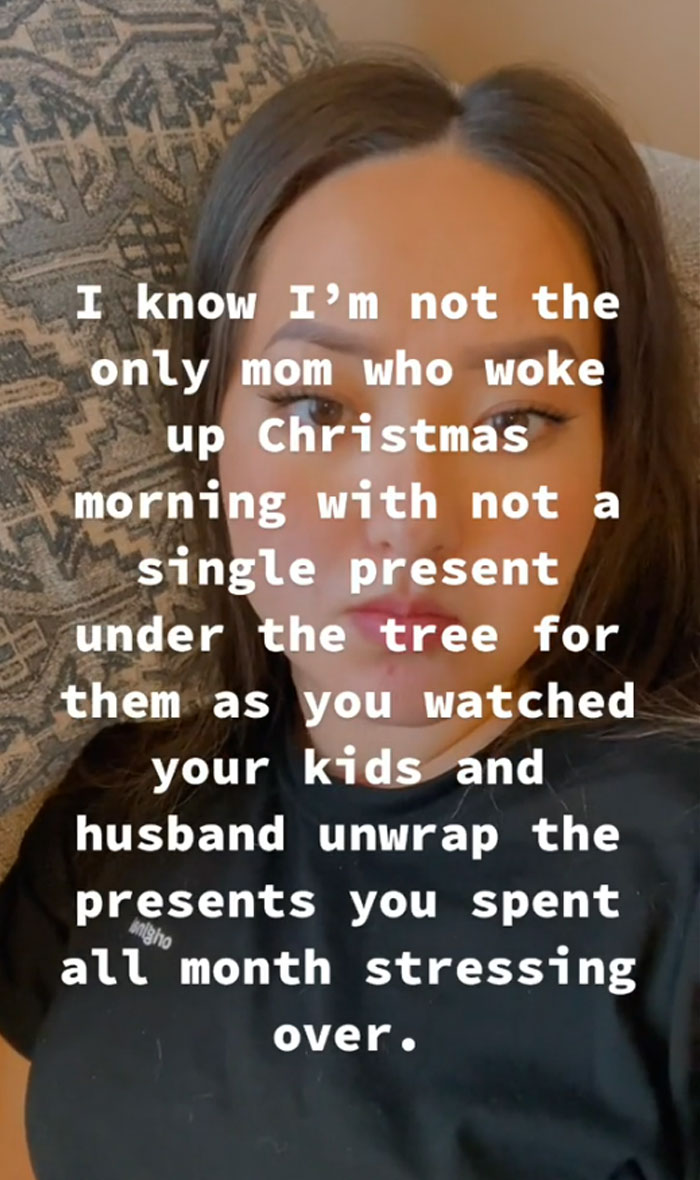 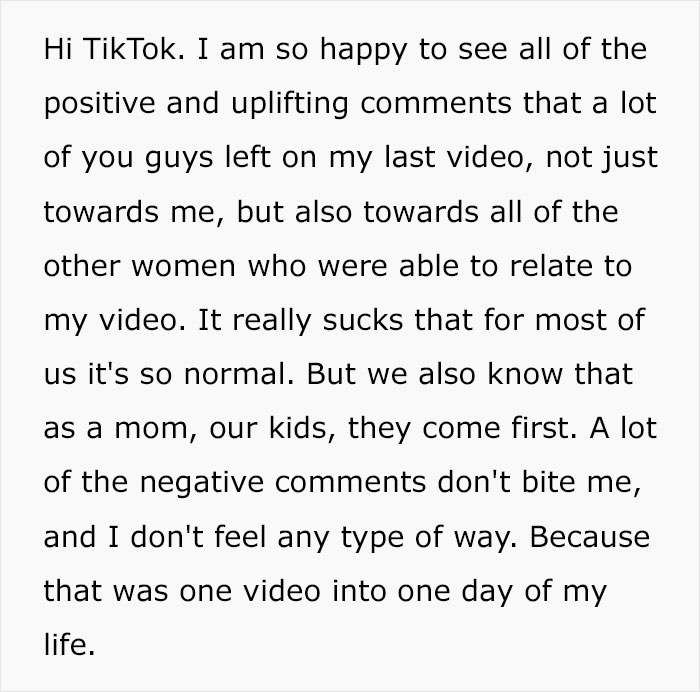 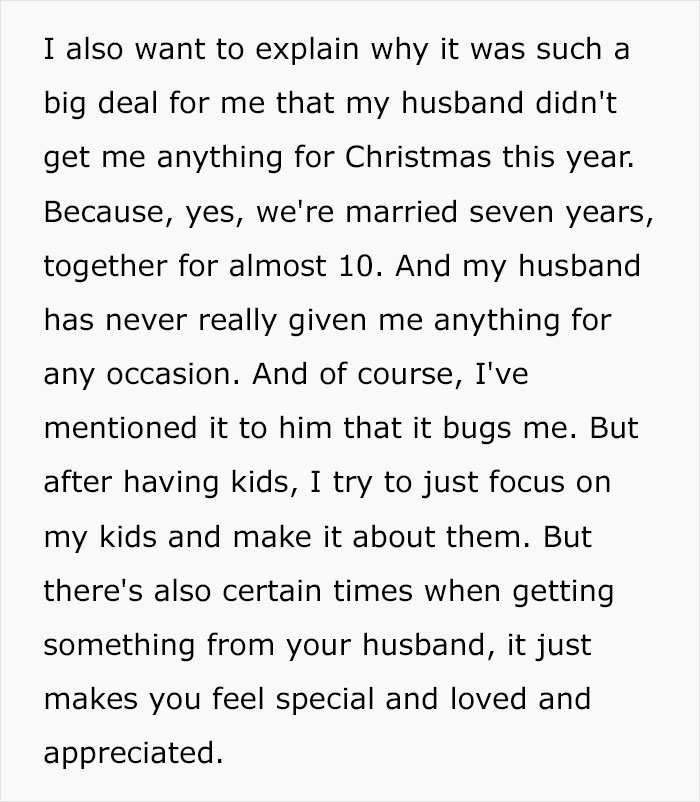 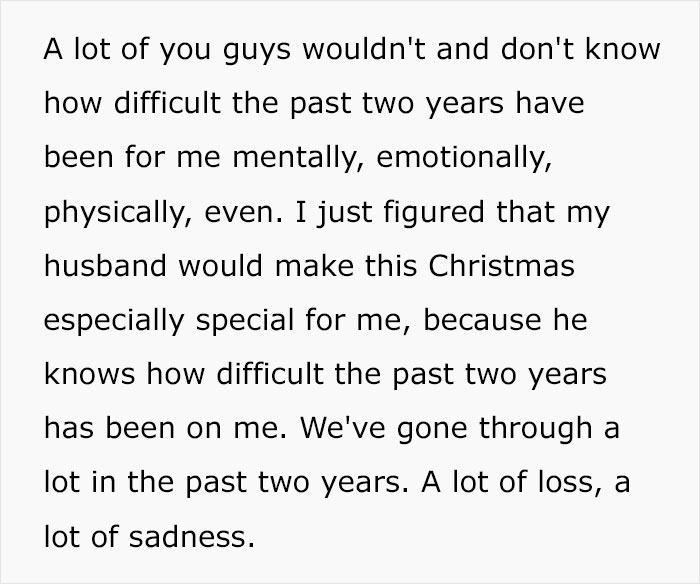 @missmear There’s so many comments that it’s been impossible for me to reply to from my last video. Here’s an update/explanation. @missmear ♬ original sound – Mary 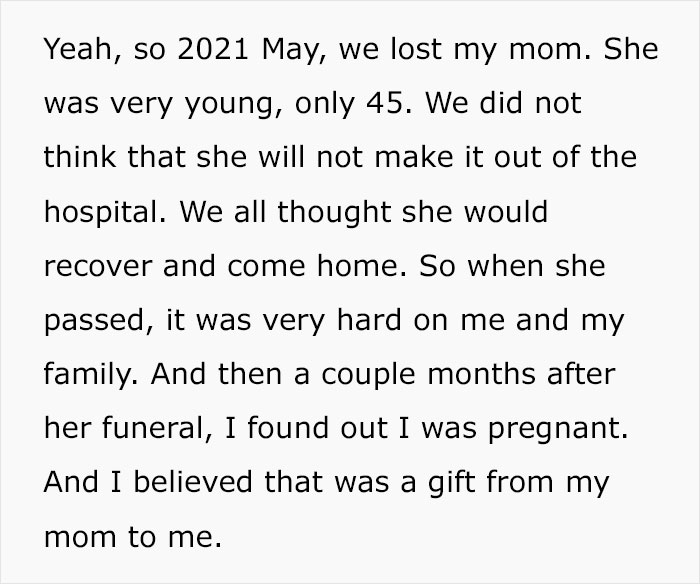 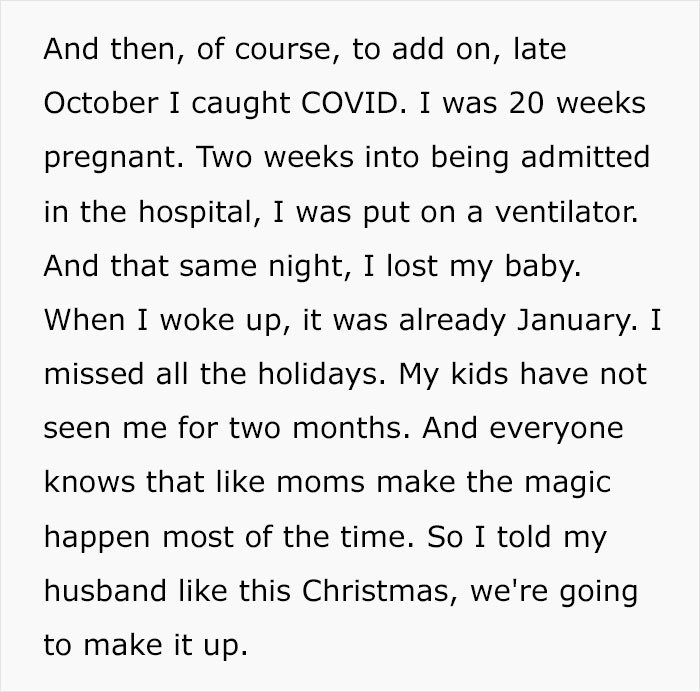 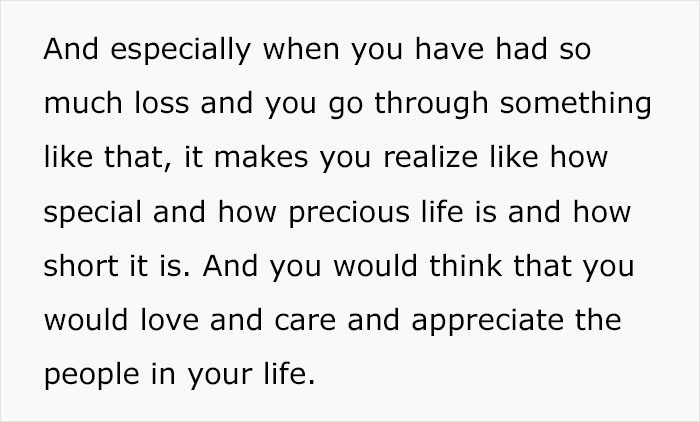 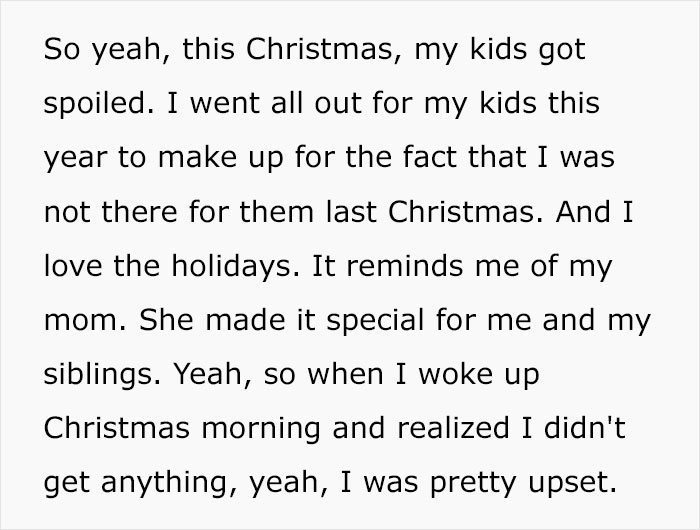 Mary, a mother of two, was thankful for the support from fellow moms out there. She continued to share some personal details on why these past couple of years have not been easy. That was one of the reasons she felt like she deserved a little something to unwrap on Christmas. This year more than ever.

“I was most disappointed because I was on life support last year for nearly 2 months, therefore I missed all of the holidays (Thanksgiving, Christmas, New Years). I told my husband for months before Christmas that this year we are going to make up for all the holidays I missed,” Mary said to Bored Panda.

She added: “I did all of the Christmas shopping, decorating, and making the magic happen for our kids, all he had to do was get me something to make me feel special.”

Research shows that women devote more time to Christmas shopping than men. However, based on spending, guys tend to splurge on gifts more. You would think that they would end up buying gifts for their partners, yet that’s not always the case.

“I think moms are and have always been undervalued on a daily basis. So even on Christmas when it’s supposed to be one of the magical times of the year, moms are so easily overlooked and unappreciated,” Mary said.

Some comments under Mary’s post encouraged her to buy a present for herself. And it’s a fair point! In a situation like this, you might as well treat yourself. A survey of 2,000 American women showed that the majority shop for their gifts themselves. 65% admitted that they buy Christmas gifts as well.

Mary shared her story knowing that there might be someone that can relate. However, she did not expect such a buzz: “I knew I wouldn’t be the only one who could relate to that situation but I was definitely surprised to see how normal it is for so many of us.”

Have you ever been in the mom’s shoes? Have you ever woken up on Christmas morning only to find that nobody got you any gifts? Feel free to share your own experiences and make sure to check out Mary’s TikTok posts and thoughts by other moms in the comments.

The post Heartbroken Mom Shares How She Got Nothing For Christmas After Trying Very Hard To Make Her Kids And Husband Happy first appeared on Bored Panda.