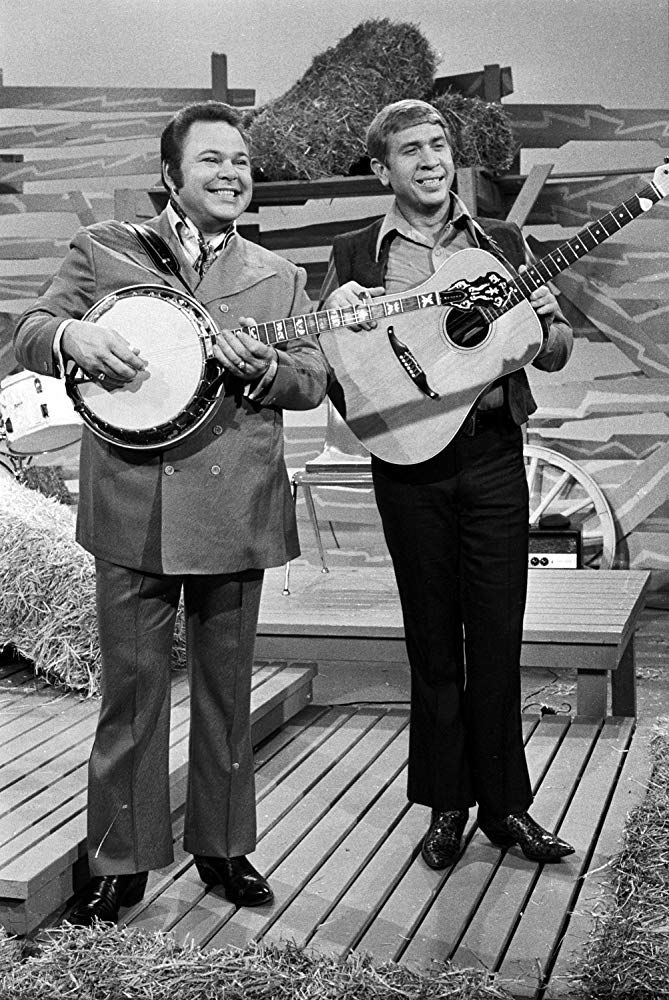 Even as seen today on websites like Rotten Tomatoes, there is often a disconnect between what Critics like and what the Public likes. A good example is The Beverly Hillbilies, reviled by critics, adored by most of the public. A even better example is Hee Haw.

My parents both grew up in a rural environment and so a program dedicated to country music, cornball humor, and silly skits had quite the appeal to them, and we watched it no matter what. Fortunately, I had homework to do during most years it was on. But it had a surprising appeal to much of the country, and eventually everyone who was anyone in Country & Western Music and culture made a guest appearance – even Roy Rogers and Dale Evans.

There was a regular ensemble cast, with others who appeared intermittently, and the various guest stars. There were also regular features, two of which are embedded below, and then there was the regular pickin’-and-a-grinnin’ performance by the hosts, Buck Owens and Roy Clark (seen above). Flyover Country Heaven, I tell you.

It ran on one network or another for an amazingly long time and it was definitely family-friendly. YouTube has more episodes than you will want to count, and I have embedded just one below. So sit a spell, pull out the jug, get some beans and cornbread, and take a trip back to an era when Deplorables were on in prime time.

Gloom Despair And Agony On Me

Where Oh Where Are You Tonight?