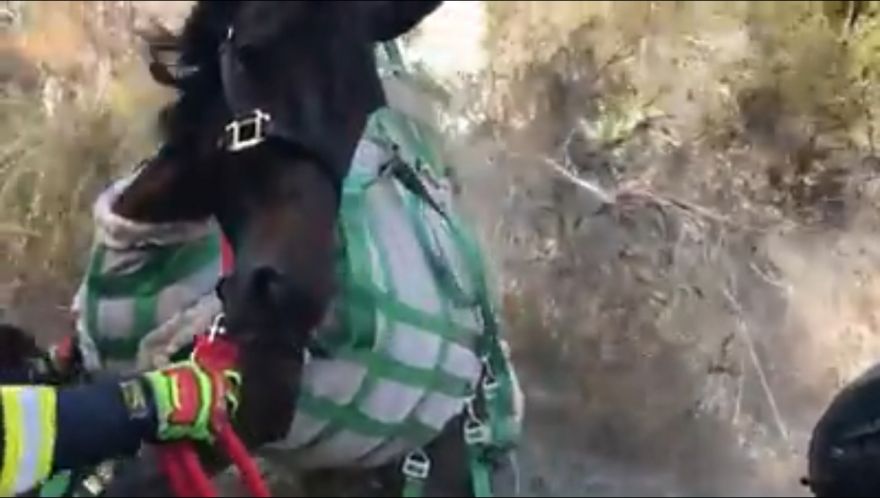 A horse trapped in a 60-feet ravine was saved by California firefighters. They used a harness and a helicopter as they hoisted the poor creature out of the ravine. Lola, the 8-year-old horse, fell down a ravine at Caspers Wilderness Park in San Juan Capistrano after bucking her rider, as UPI detailed:

Firefighters said the Orange County Fire Authority technical rescue team’s helicopter was summoned to the scene after rescuers determined the terrain was too rough to attempt to walk Lola out of the ravine.

A veterinarian sedated Lola so she could be harnessed and air-lifted to safety.

Lola was reunited with her owner, who was not injured from being thrown from the horse.