In the age of sail, when ships were made of wood, fire was the number one enemy of sailors, and this fearsome tool was used in diabolic ways at times of war to sink enemy ships.

A devious method pioneered by the ancient Greeks was to set on fire one of their own ships, loaded with combustible material such as tar and turpentine, and push it towards the enemy fleet. Such a fireship could wreck havoc upon the enemy with terrifying rapidity. In the 7th century, the Greeks discovered that naptha when mixed with quicklime produced a product so violently combustible that it actually ignited when it came in contact with water. This was the world’s first incendiary weapon, and the Greeks made good use of it on fireships. 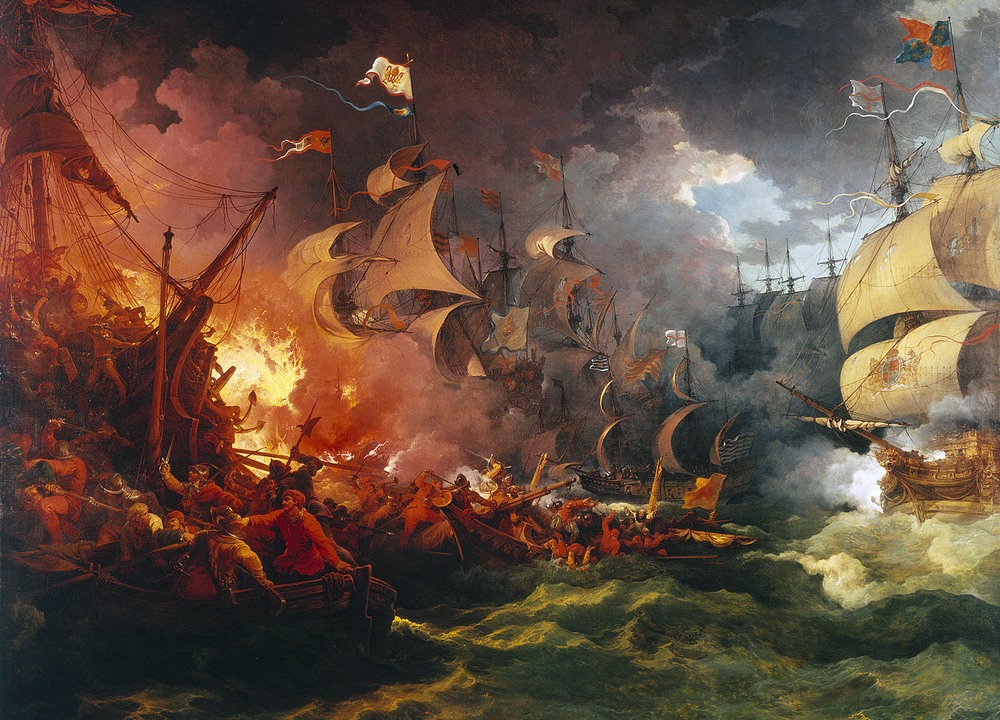