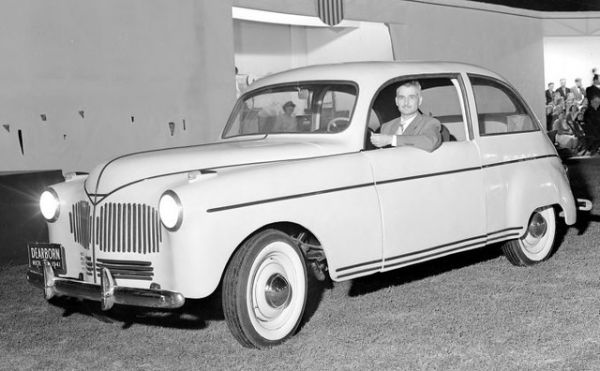 The manufacture of organic, eco-friendly, biodegradable products is not strictly a modern-day idea. Henry Ford himself looked into the possibilities of replacing steel with an agriculturally-derived plastic made of soybeans, hemp, wheat, and other crops. His purpose was not environmental sustainability, though. A car made of plant-based plastic would be cheaper than steel, would reduce the weight of a car to increase fuel efficiency, and what his engineers came up with was surprisingly tough.

Ford’s prototype plastic car was unveiled in 1941. It had a tubular steel frame that acted as roll bars, was covered in tough and resilient plant-based plastic, and ran on fuel made from hemp. Ford was eager to get the car off the ground as he suspected the availability of steel would be an issue due to World War II. He was right about that, but it turned out to be impossible to manufacture an alternative car when the government forbade all automobile production and shifted manufacturing to military vehicles and weapons. By the time the war ended, Ford was in ailing health and soon retired. Interest in the plastic car faded.

Recent coverage of Ford’s plastic car mainly focuses on the hemp aspect, but he had quite a few agricultural products in mind. However, the exact formula for the plastic no longer exists. There are several ideas for what it might have contained, but no one knows for sure. Read about the plant-based plastic car that might have been at Amusing Planet.