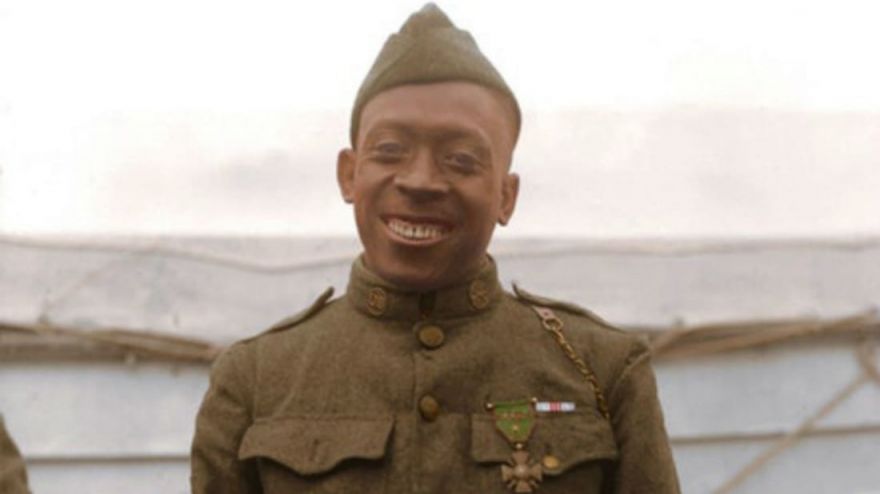 On May 15, 1918, William Henry Johnson was guarding a bridge in the Argonne Forest in Champagne, France. After midnight he started hearing some rustling, and he roused fellow soldier Needham Roberts. He then prepared himself just in case the rustling indicated trouble. The noise soon included a clipping sound, which he suspected was somebody cutting the perimeter fence. Johnson and Roberts began to lob grenades into the darkness. Suddenly, they saw dozens of German soldiers charging at them, bayonets to the fore.

What happened next inspired Theodore Roosevelt to declare Johnson was one of the bravest Americans who had gone to war. Sadly, Johnson’s story is largely unknown today – perhaps because he was African-American.